The zonkey is in perfect health and protected by anti-poaching laws. Nonetheless, this type of cross-breeding has consequences. 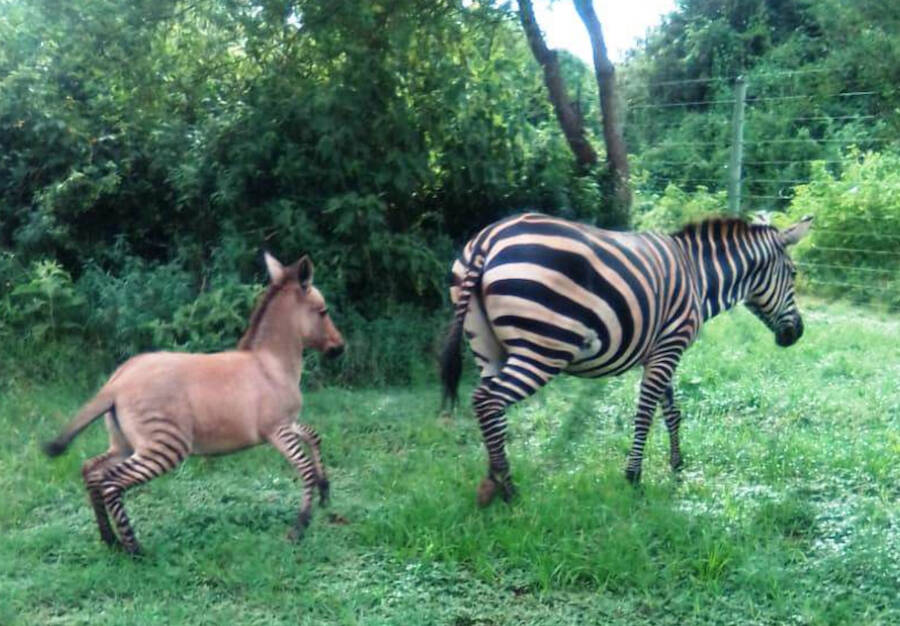 Sheldrick Wildlife TrustThe young foal is perfectly healthy, but won’t be able to breed once it reaches maturity.

When Chyulu Hills National Park officials in Kenya spotted a zebra with a strange-looking foal by her side, they couldn’t believe their eyes. While the young animal had stripes, they barely covered her brown body.

That’s when they realized this wasn’t a zebra, at all — but a zonkey, a donkey-zebra hybrid.

According to CNN, members of the Sheldrick Wildlife Trust (SWT) took a closer look to confirm.

Once the animal rescue and rehabilitation organization examined the peculiar foal up close, it became clear — the zebra mother had, indeed, successfully mated with a local donkey. 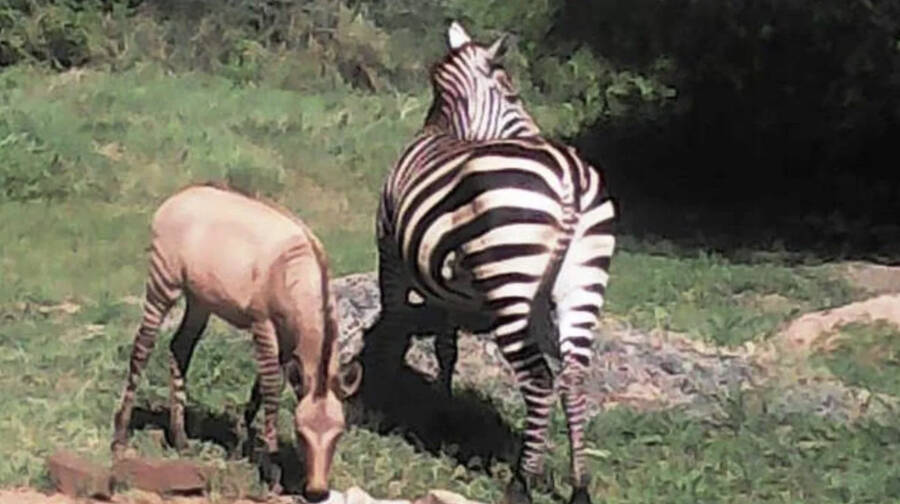 Sheldrick Wildlife TrustIt was only when a fence maintenance team noticed the zebra had regular company that they saw the foal’s peculiar body.

“Working with wildlife, one learns to expect the unexpected,” the SWT wrote in a statement. “Even the most seemingly straightforward story can eventually reveal its true stripes and end up surprising us all.”

While the remarkable young animal came into the world in the usual way, its mother made a surprising journey before birthing the foal.

In May 2019, the SWT and Kenyan Wildlife Service’s (KWS) Mobile Veterinary Unit received the call — a wayward zebra had ventured out of Tsavo East National Park and into a bordering community of animals. Surprisingly, she quickly made herself at home amongst the cattle.

The incident was so cute and unusual that local media aired a segment on the zebra’s unlikely new friends.

Nonetheless, the SWT was tasked with returning the stray animal to a more protected area. After settling on Chyulu National Park, she was sedated and transported on the back of a pickup.

While footage of the Kenyan zonkey is yet to surface, this WPBF 25 News segment offers a clear look at the species.

Fortunately for her, this new home was a firmly protected anti-poaching property. Earlier this year, a fence maintenance crew noticed she suddenly had an unexpected companion.

Officials initially thought a young zebra had muddied itself and appeared brown as a result. They soon realized this was a zonkey instead.

Zebra pregnancies take 12 months, so it was likely during her time with the cattle herd in 2019 that the mother had “obviously become acquainted with an amorous donkey.”

A zonkey is the result of a female zebra mating with a male donkey. When a male zebra and a female donkey mate, their offspring is called a zedonk. Other zebra hybrids exist, such as zorses, zonies, and zetlands.

While the zebra and her baby zonkey are “thriving” in this new habitat, cross-species reproduction like this does come with caveats.

“The zonkey combines the sturdy body of its donkey sire and the striped legs of its zebra mother, which makes for a striking creature,” the SWT explained. “While it should otherwise lead a normal life, zonkeys are mules, meaning that it will be unable to successfully breed once it reaches maturity.”

Unfortunately, the newborn zonkey isn’t the only animal hybrid with issues. 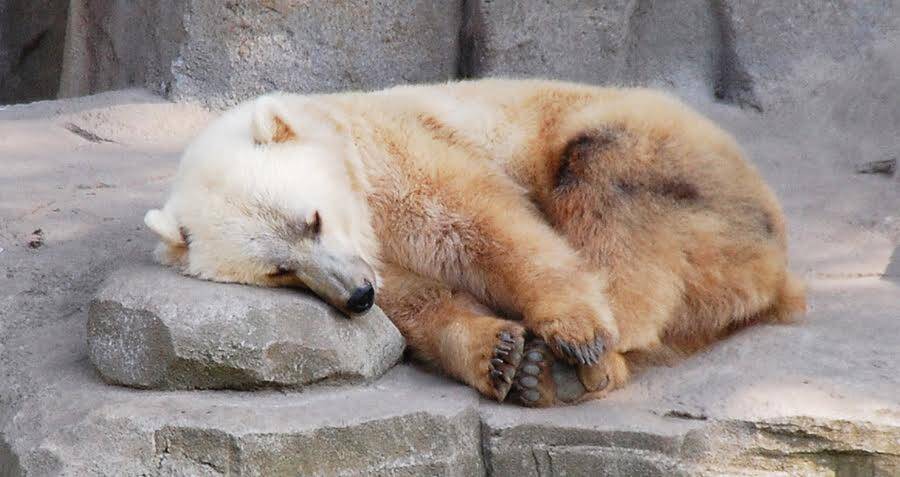 Polar bears in the Canadian Arctic have been found increasingly breeding with grizzlies, for instance, leading to the resulting offspring becoming mostly grizzly while the polar bear population dwindles.

While it’s clear that climate change is to blame for this dramatic reduction in polar bear populations, the dangers of hybrid mating are commonly found elsewhere. For example, ligers grow so large that their internal organs can’t handle the growth.

The interbreeding of big cats often leaves their offspring with birth defects — while their size and rarity puts them in high demand on the black market.

In other words, hybridization can come with risk regarding future populations, the lifespan of the offspring itself, and the vile danger of human ego.

As for the zonkey, it appears to be in perfect health, with the land’s anti-poaching laws strictly enforced. With no heavy predation plaguing the park and plenty of grass and water, it’s safe to say the foal has been born into a happy home.

While the brave little foal will sadly be unable to breed little zonkeys of its own one day — she and her mother are healthy, safe, and together.

After learning about the rare donkey-zebra hybrid called zonkey being born in Kenay’s Chyulu Hills National Park, read about scientists creating a human-animal hybrid in a laboratory that they hope will save lives. Then, learn about the Japanese government’s plan to create human-rodent hybrids for organ harvesting.