Keikaimalu, the world's first known surviving wolphin, was born to a male false killer whale and a female bottlenose dolphin. 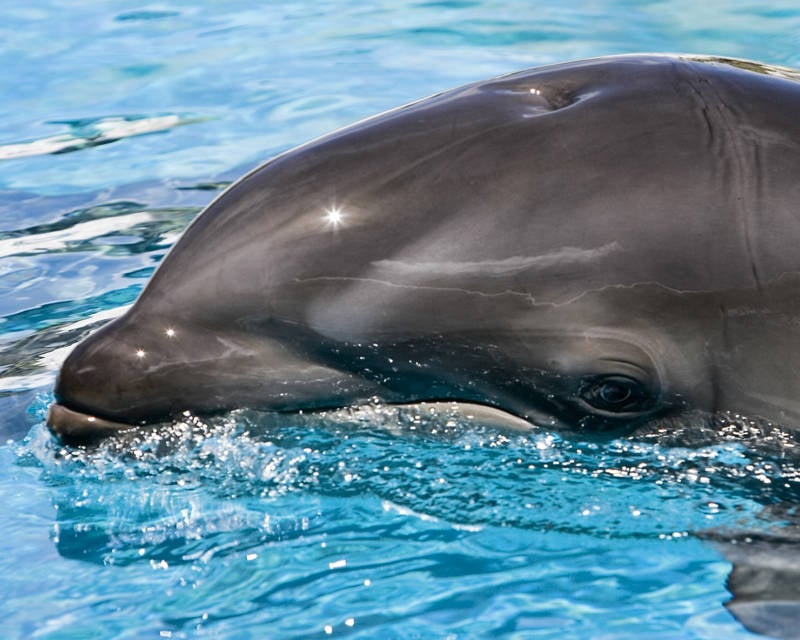 The story of the wholphin, which combines of the words “whale” and “dolphin” much like famous Hollywood couples Bennifer or Brangelina, begins with Sea Life Park just outside of Honolulu, Hawaii.

Despite its name, a false killer whale is a species of dolphin, the world’s third-largest species of oceanic dolphins. On the other side, bottlenose dolphins are the most common such animals on the planet.

But, I’anui Kahei and Punahele were more than just tank-mates. They were partners who gave birth to Keikaimalu, the world’s first known surviving wholphin and a perfect 50-50 hybrid of both species. Although scientists know that false killer whales and bottlenose dolphins swim together in the open ocean, interspecies mating among cetaceans was rare at the time of Keikaimalu’s birth.

Ingrid Shallenberger, the park’s curator of mammals at the time, said her staff half-joked about a baby between the two stars of their show. However, a union bore fruit.

“When the baby was born, it was very obvious right away to us that that’s what had happened,” Shallenberger said. 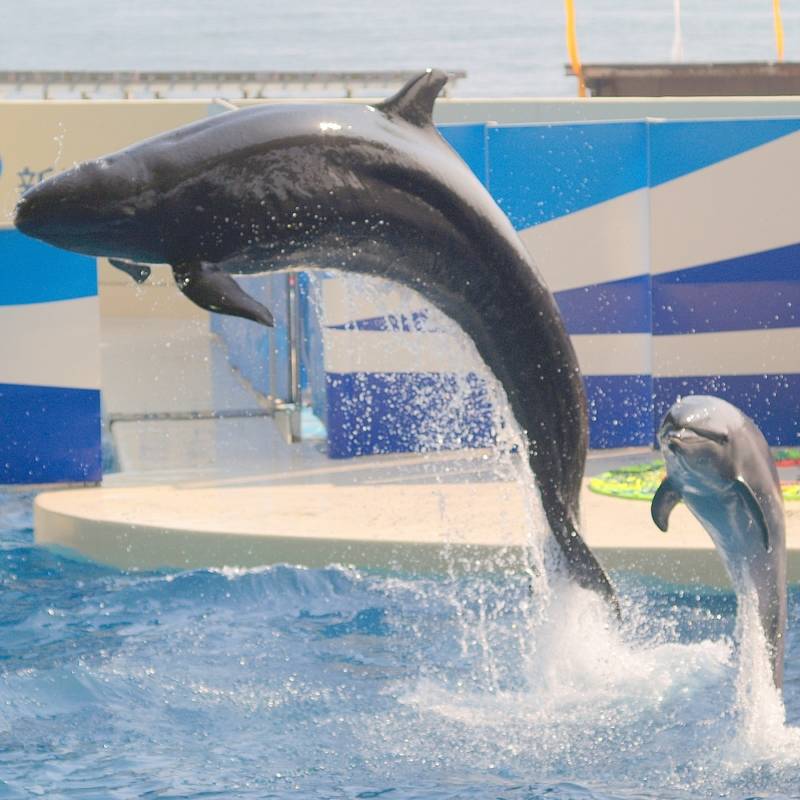 Wikimedia Commons A false killer whale and a bottlenose dolphin side by side for a comparison.

The size differential between both creatures led marine biologists at the park to think mating between the two wouldn’t happen. However, as Jurassic Park‘s Dr. Ian Malcolm says, “life, uh, finds a way.”

Keikaimalu grew up fast. After just two years, she equaled her mother’s size, which made it difficult for Punahele to make enough breast milk for her calf.

Keikaimalu’s features combined both species of animals perfectly. Her head resembles a false killer whale, but the tip of the nose and her fins look like a dolphin’s. However, her coloring is darker than a dolphin’s.

While some were concerned that her life would present complications, Keikaimalu turned into a full-grown wholphin. Then, in 2004, she herself gave birth to a female wholphin calf.

Named Kawili Kai, the granddaughter of I’anui Kahei and Punahele was 1/4 false killer whale and 3/4 bottlenose dolphin. It was the third calf for Keikaimalu, with her first calf dying after nine years, and her second dying after only a few days.

The Dangers Of Hybrid Mating

These freaks of nature are rare, for sure, but hybrid animals are becoming more commonplace as captive animals follow their natural instincts. Take for example the case of ligers (male lion and a female tiger ), tigons (male tiger and a female lion), and jagleops (male leopard and a female jaguar).

Even more amazing, hybrids are showing up in the wild with some researchers reporting wholphins across the oceans.

However, while both Kawili Kai and Keikaimalu are doing well at their water park, interspecies mating is still considered difficult and animals procreated from the act present issues.

Ligers, for instance, grow so large that their internal organs can’t handle the strain. Big cats that interbreed have birth defects, and they may also fetch a high price on the black market because of their rarity, size, and strength.

Nevertheless, if wholphins share the strongest characteristics of both species and survive in the wild, then clearly Mother Nature has something in mind with regards to evolution. Hopefully, humans can learn to take care of wholpins in captivity without causing too much pain and suffering. It would be horrible if wholphin meat became a black market delicacy.

After reading about the wholphin, learn about why the Cone Snail is one of the ocean’s deadliest creatures. Then read these 10 amazing facts about ocean animals.