None of this is without precedent. In 1729, 1736, 1743, 1747, and in 1751, the British Parliament passed acts intended to curb the consumption of the then-new horror drug that was going to kill everybody: gin. Here’s Daniel Defoe, of all the damn people in Britain, on the horrors of the new (cheap) alcohol:

“. . . the Distillers have found out a way to hit the palate of the Poor, by their new fashion’d compound Waters called Geneva, so that the common People seem not to value the French-brandy as usual, and even not to desire it.” 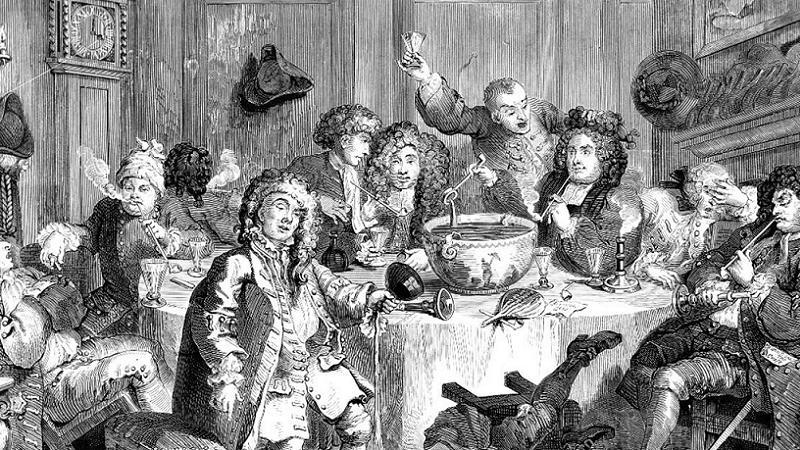 Gin was probably first produced in Holland during the Thirty Years’ War. It was distributed to British soldiers, who were the first to call it “Dutch courage,” as part of their rations. The soldiers brought home their habit, and the almost ridiculously easy method of distilling gin, to set up a cottage industry of booze shacks (“booze” is thought to derive from the Dutch “buizen,” which came into use around this time).

By the end of the 17th century, perhaps one in four private homes in London were selling gin through their windows to anybody with a shilling to spare. The 1729 act was an attempt to control the rampant lower-class carousing by raising the licensing fee for a still to 50 pounds, taxing the stuff at ten times the previous rate, and outlawing the sale of any amount under two gallons on the theory that poor people could never afford that and must, therefore, stop drinking.

This turned out to be half true; in the six years following the Act, only two distillers took out the new, more expensive licenses. During that same period, gin production increased by 50 percent. By 1735, enough gin was being bootlegged in London alone to provide every adult male with an annual 21 gallons of gin with completely unknowable quality and safety.

The 1729 Gin Act was eventually modified by the 1743 act, which took more of a harm-management approach. Unlike modern governments, it seems, 18th century Parliament actually had the capacity to learn from its mistakes.