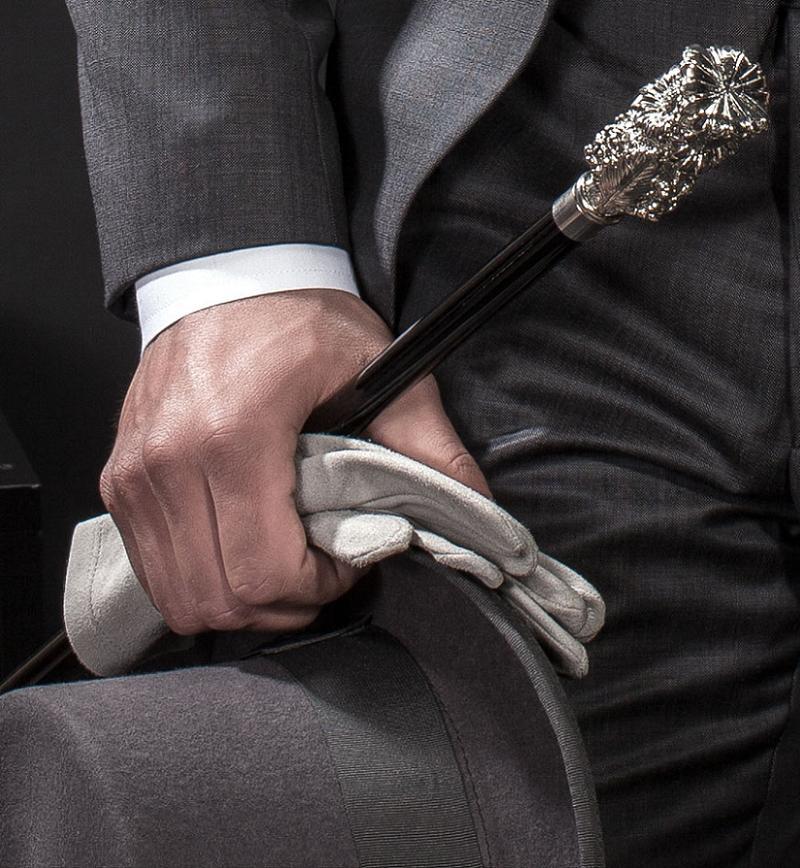 People like to get dressed up for special occasions. Rather, society seems to expect us to wear something nice when we’re going to the prom or a funeral, hopefully not on the same night. Here, our society splits along gender lines so sharply it emits an audible cracking sound. Women’s formal attire is elaborate and individualized, with millions of rules about hemlines, necklines, and reasons why clear heels make you look like a tramp. Men’s evening wear, however, all looks alike and hasn’t significantly changed since Jack the Ripper was wearing it. Here’s a modern man-about-town, all gussied up for a formal dinner: 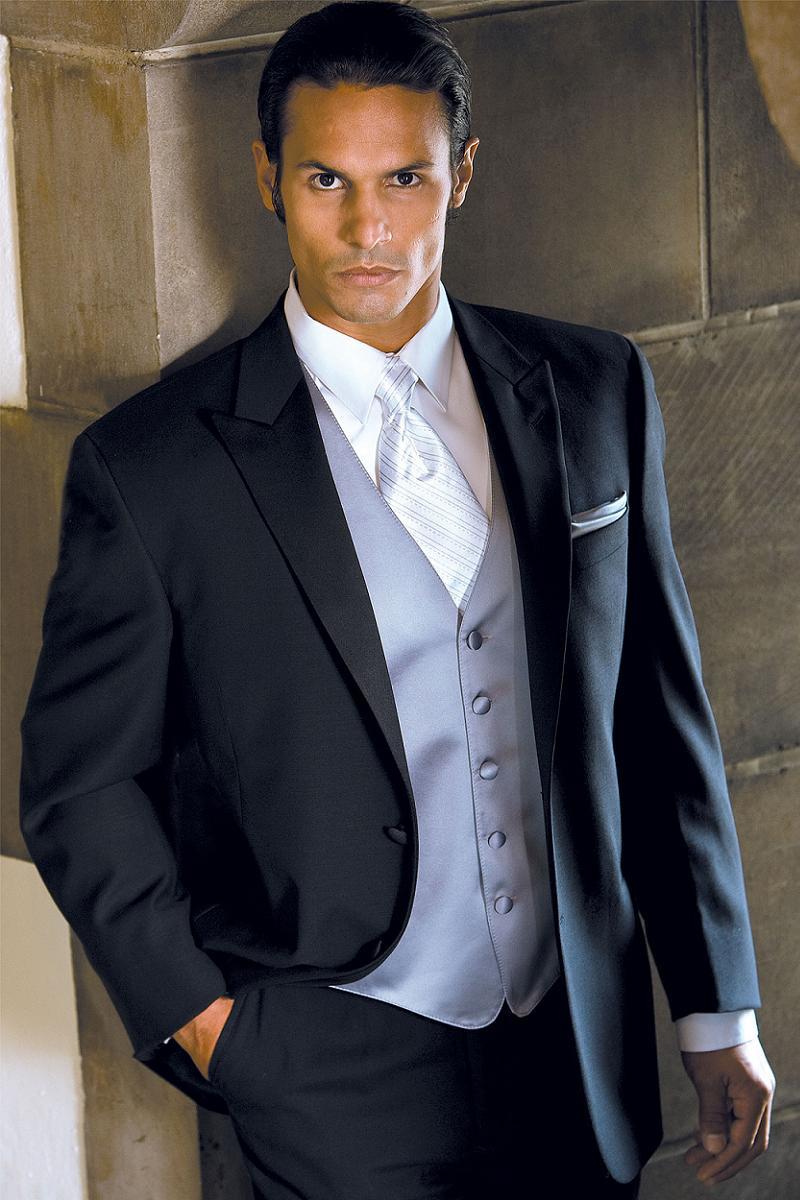 Look into this model’s eyes. You are now pregnant. Especially if you are male. Source: Moattari Mens Wear

And here’s Hitler’s dad, posing with his boyfriend in the Austrian Army in 1891: 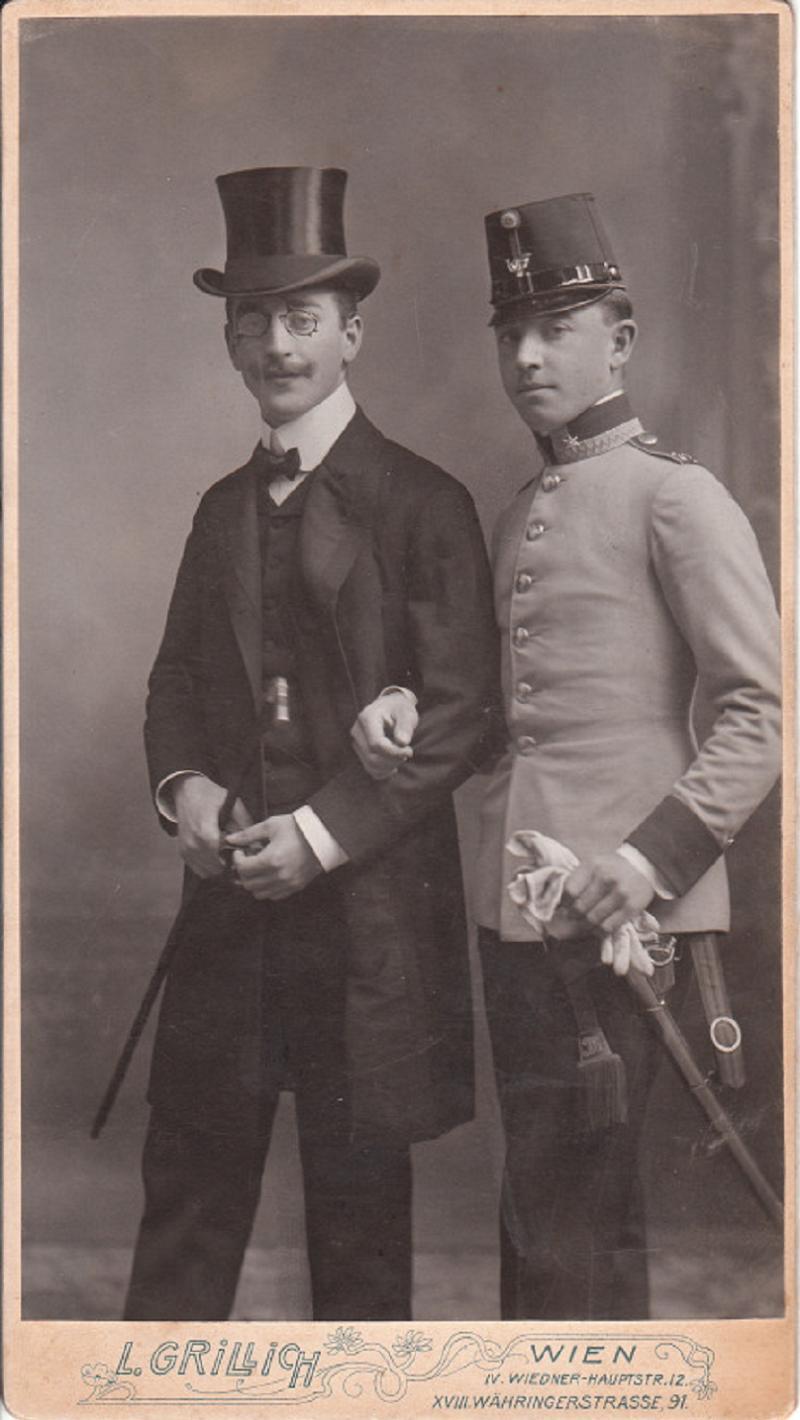 I promised I wasn’t going to mention facial hair when I wrote this, so we’ll just note that, apart from the glasses and hat, the only real difference between these two is that the Victorian gentleman’s vest is cut a little higher and he probably has fleas. Very little else has changed in the intervening 124 years. For comparison, here’s President Monroe with his cabinet in 1823, to give some idea of how men’s fashion used to evolve: 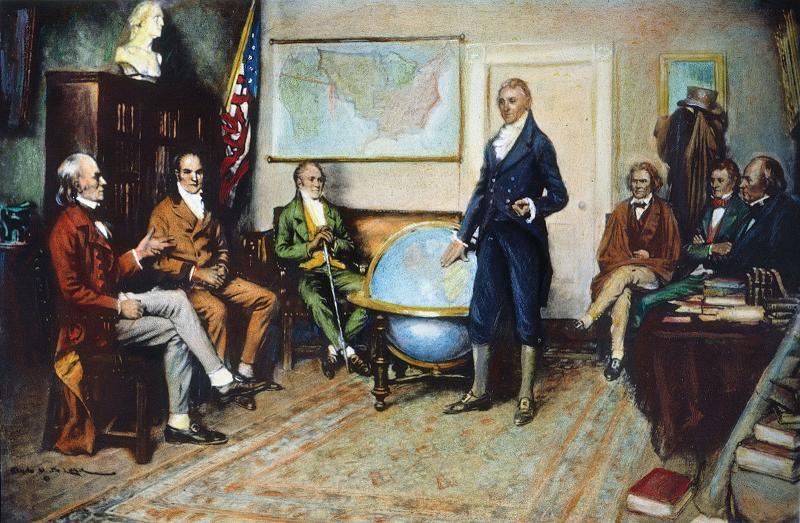 Note how the more modern men in his company are already wearing suits that wouldn’t be entirely out of place 100 years later, while the President looks like Johnny Tremaine? By the time of this portrait, Monroe’s outfit, which had already become something of a joke, was only about 20 years out of date, yet modern men can get away with wearing suits from any decade (except the ’70s) in the last century without raising eyebrows.

What we’re saying is, can we bring back lace ruffs? That actually looks pretty good.