The families of 9/11 victims are suing the Suadi government over their government's alleged involvement and aid in the terrorist attacks. 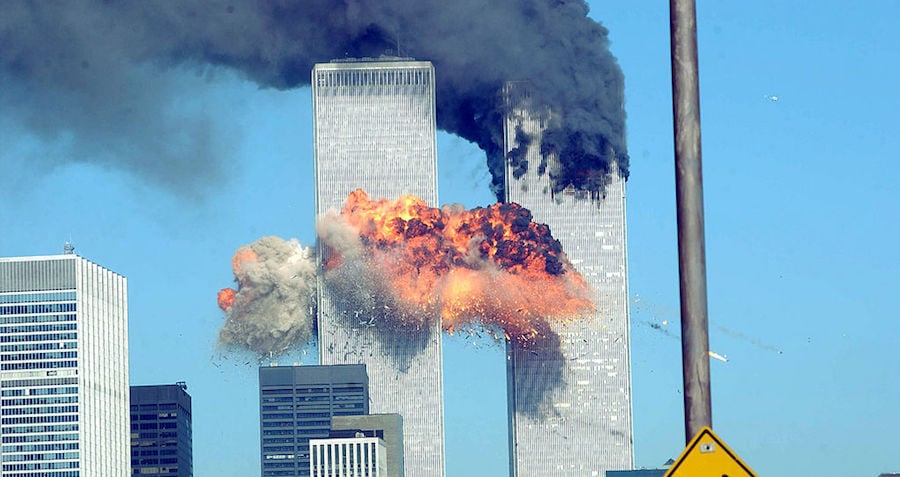 The families of 9/11 victims have filed a lawsuit against Saudi Arabia in an attempt to hold the country culpable for the 2001 terrorist attack.

Registered in a Manhattan federal court, the suit represents 800 victims who died that day. It accuses Saudi Arabia of helping the hijackers who carried out the attacks.

While 15 out of 19 of the 9/11 hijackers were Saudi nationals, the crux of the lawsuit stems from information the FBI discovered when it investigated the attack.

According to New York local news source Pix 11, the lawsuit says Saudi embassy officials helped 9/11 hijackers Salem al-Hazmi and Khalid Al-Mihdhar arrange somewhere to live in the U.S., study English and take out credit cards a year and a half before the hijackings.

Kreindler & Kreindler, an aviation law firm, filed the lawsuit on behalf of the 9/11 victim families.

They told Pix 11 that the Saudi royals knew that al-Qaida was receiving funds from Saudi charities, and allowed it to happen to avoid losing favor from the religious fundamentalist faction of their country.

“The Saudis were so duplicitous,” attorney Jim Kreindler said. “They claim to be allies fighting with U.S. against Iran, while at the same time working with the terrorists. There’s no question they had a hand in the 9/11 attacks.”

So far, former presidents Barack Obama and George Bush have resisted family efforts to sue the Saudi government — primarily because it is a common ally against Iran and a major oil source. Still, the Republican-majority Congress convened in September 2016 to pass the Justice Against Sponsors of Terrorism Act that would allow U.S. citizens to take legal action against states who sponsor terrorism.

“This lawsuit is a demonstration of the unwavering commitment of the 9/11 families to hold Saudi Arabia accountable,” Kreindler added, “for its critical role in the 9/11 attacks.”

Next, check out these 9/11 conspiracy theories people actually think are true before finding out about the last known 9/11 rescue dog.