On August 25, 2001, 22-year-old R&B singer Aaliyah died along with eight others when the private plane she had chartered to Miami crashed in the Bahamas. 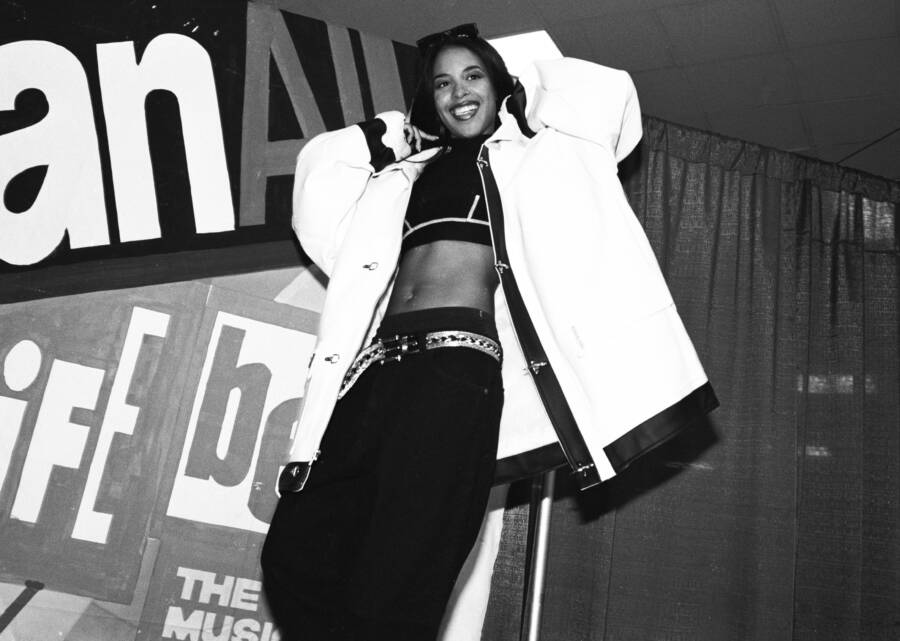 Catherine McGann/Getty Images Aaliyah died on impact when her plane crashed just a minute after takeoff.

At the time of Aaliyah’s death in a plane crash, the 22-year-old was busier than ever before and living her pop star dreams.

A groundbreaking R&B singer, Aaliyah had grown up determined to be a star and took voice lessons and auditioned for television shows as a child. Her uncle Barry Hankerson was an entertainment lawyer formerly married to soul singer Gladys Knight. Signed to his label at 12 years of age, she released her debut at 15 — and became a star.

Aaliyah was unstoppable in the few short years before her death. Her follow-up album One in a Million went double-platinum. Her Anastasia theme song received an Oscar nomination. She got her first Grammy nod in 1998 — and then became a bonafide movie star with Romeo Must Die and The Queen of the Damned.

However, on Aug. 25, 2001, she wrapped a music video with director Hype Williams in the Bahamas’ Abaco Islands and her team was eager to return to Florida. Aaliyah’s plane crash occurred within feet of Marsh Harbour Airport, and Aaliyah died on impact after being thrown 20 feet from the fuselage — a shining star snuffed out at the height of her brilliance.

The Brief Stardom Of The ‘Princess Of R&B’

Aaliyah Dana Haughton was born on January 16, 1979, in Brooklyn, New York. Her given name is derived from the Arabic “Ali,” which translated to “highest” or “most exalted one.” Aaliyah was naturally drawn to performing, which her vocalist mother, Diane, wisely noted by enrolling her in voice lessons as a child.

Her father’s work in the warehouse business led the Haughtons to Detroit, Michigan, where Aaliyah attended a Catholic school named Gesu Elementary with her older brother Rashad. She was cast in a stage play adaptation of Annie in first grade. 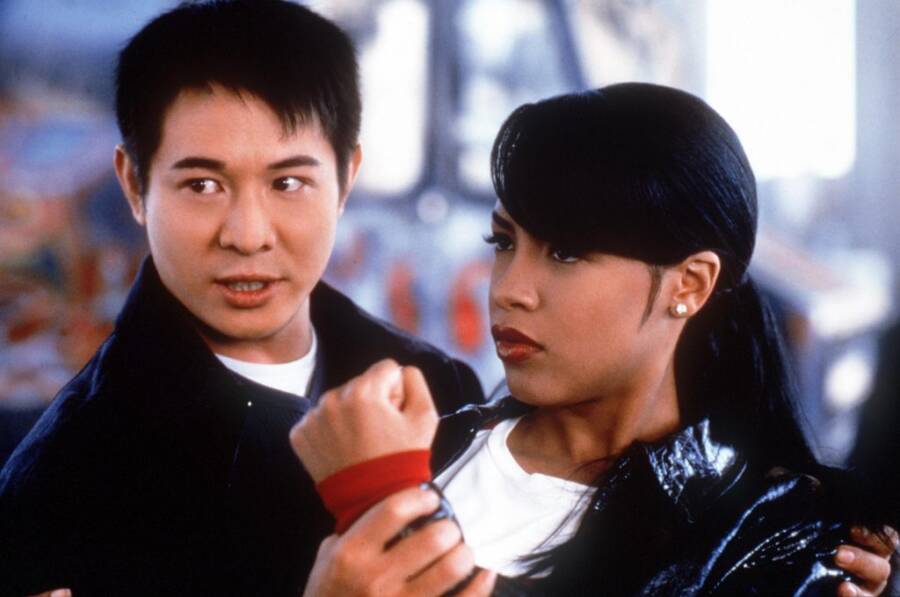 Warner Bros. PicturesJet Li and Aaliyah in Romeo Must Die (2000).

Long before the singer Aaliyah’s death, she was determined to be a star. Aaliyah began auditioning for television shows while still in middle school and appeared on the popular Star Search talent program when she was 11 years old. Her uncle managed to have Aaliyah perform alongside Gladys Knight for five nights in Las Vegas when she was 12 — and signed her to his Blackground Records label in 1991, according to The Independent.

While it was her mother’s idea for Aaliyah to drop her last name, it was the now-infamous singer R. Kelly who made Aaliyah famous at 15.

While the 27-year-old mentored Aaliyah and produced her debut album Age Ain’t Nothing but a Number in 1994, he also groomed her into a sexual relationship and marriage, which was later annulled. She ultimately found healthier mentors in Timbaland and Missy Elliott, who produced her follow-up album in 1996.

After selling two million copies and breaking into Hollywood, Aaliyah was an official A-lister. She reportedly even signed a contract to appear in The Matrix sequels — but tragically never would.

How Filming A Music Video Led To Aaliyah’s Death

At the time of Aaliyah’s death, she was dating Roc-A-Fella Records co-founder Damon “Dame” Dash. While she publicly downplayed their fresh relationship as platonic, Dash later told MTV that they had seriously discussed getting married. And by the summer of 2001, Aaliyah was busy promoting her third and self-titled album.

Aaliyah was released on July 7. It was critically acclaimed and charted at number two on the U.S. Billboard 200, but the first single, “We Need a Resolution,” peaked at 59 — and early high album sales began to wane. Hoping to boost sales with a better single, Aaliyah and her team decided to film a video for “Rock the Boat.” 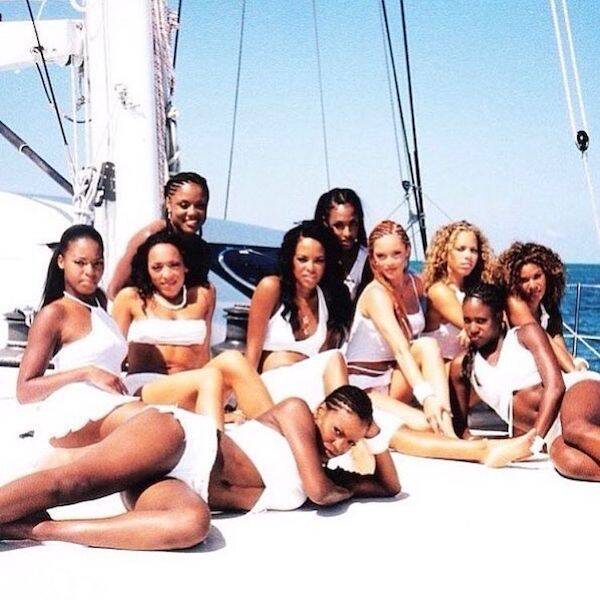 @quiet6torm/PinterestAaliyah filming the “Rock the Boat.”

Aaliyah filmed the underwater scenes for the video in Miami, Florida, on Aug. 22. She then traveled to the Abaco Islands with her production crew to finish the video. After Aaliyah’s death, Dash later claimed he had urged her not to fly to that island — and that he didn’t consider the Cessna safe.

The shoot was largely pleasant, with tropical locations and renowned music video director Hype Williams at the helm. On Aug. 24, Aaliyah and the crew awoke before dawn to film scenes. The next day, she filmed aboard a boat with several dancers. For Williams, it was a treasured memory.

“Those four days were very beautiful for everyone,” he told MTV. “We all worked together as a family. The last day, Saturday, was one of the best I’ve had in this business. Everyone felt part of something special, part of her song.”

The Reason Why Aaliyah’s Plane Went Down

That beautiful memory was followed by one of the most tragic accidents in modern music history when Aaliyah finished shooting her scenes one day earlier than scheduled on Aug. 25, 2001. Her team was eager to get to Miami that night and boarded an Opa-Locka, Florida-bound Cessna 402 at 6:50 p.m. at Marsh Harbour Airport. 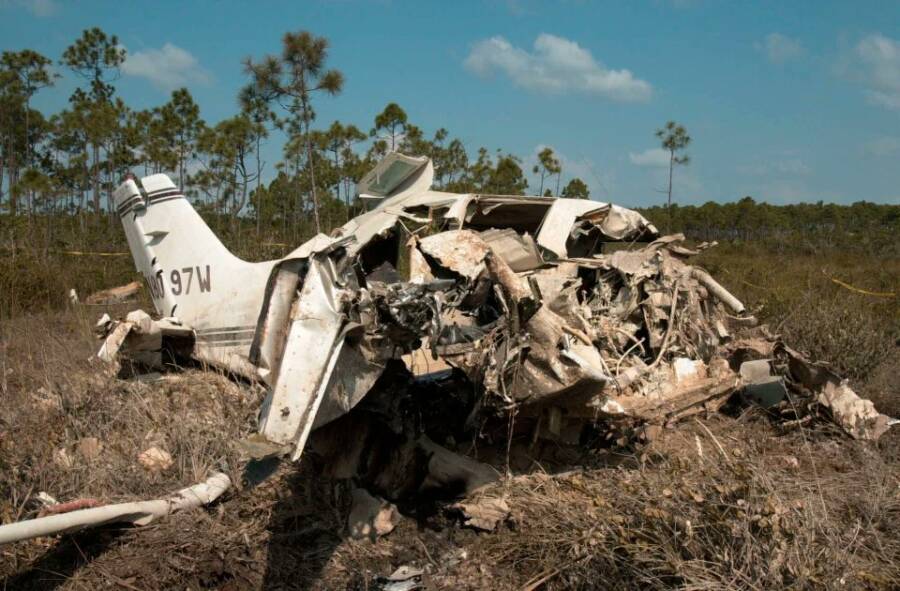 Shortly after takeoff, the small airplane crashed. The National Transportation Safety Board later reported that witnesses saw the plane lift off the runway and climb to less than 100 feet before nosediving and crashing in a marsh just past the end of the runway.

The second Aaliyah’s plane crash occurred, the fuselage burst into flames, killing all aboard. According to Kathy Iandoloni’s book Baby Girl: Better Known as Aaliyah, she was not even awake while boarding. She’d protested the small plane and refused to get inside, opting to sit in her taxi and wait.

But at the last minute, a member of her entourage gave her a sedative to help her fall asleep — then carried her unconscious body onboard minutes before takeoff.

“It’s an unfortunate closure, but I needed to hear she didn’t want to get on that plane; I needed to know that,” Iandoloni told The Daily Beast.

“The person who I thought had the most common sense in the world had common sense not to get on the plane. The fact that she was so adamant, staying in the cab, refusing — these are things we never knew.”

How Did Aaliyah Die?

Aaliyah’s death was ultimately ruled accidental. Her body was found 20 feet from the wreckage. The victims were transported to the Princess Margaret Hospital morgue in Nassau. An inquest by Dr. Giovander Raju at the coroner’s office determined Aaliyah died after suffering “severe burns and a blow to the head.” She also experienced extreme shock that damaged her heart, according to The Sun.

Raju posited that Aaliyah had endured such physical shock that she would’ve likely died even if she survived the crash. Meanwhile, authorities determined that the Cessna had exceeded its maximum payload limit by 700 pounds — and that the pilot hadn’t even been approved to fly it and had lied to get his pilot’s license. 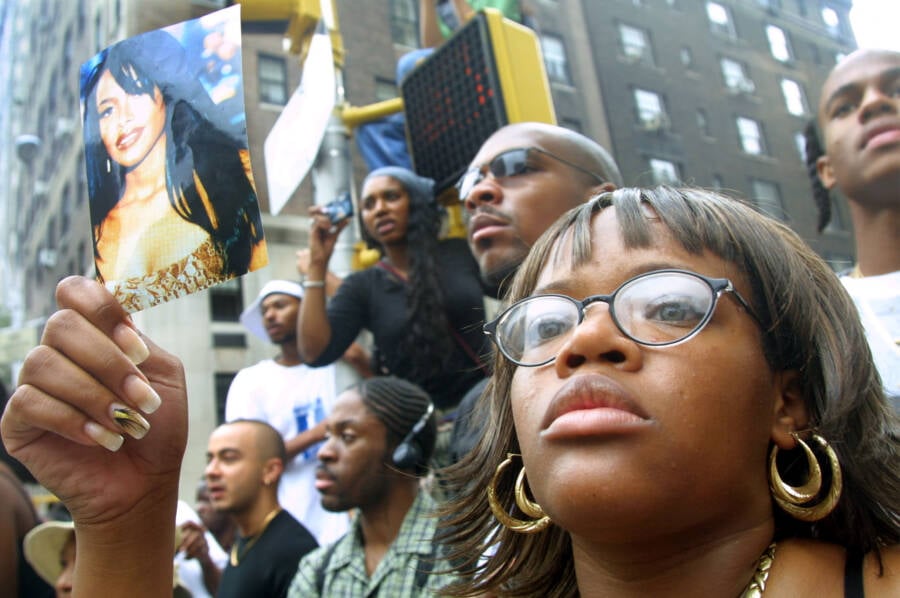 Only in 2002 did Morales’ toxicology report reveal he also had cocaine and alcohol in his blood.

Six days after Aaliyah died, her funeral was held on Aug. 31, 2001, at the Church of St. Ignatius in Loyola in Manhattan. Ultimately, all that remained were memories, all of which were fond.

“The news of her death was a blow,” Gladys Knight told Rosie magazine in February 2002, according to People. “[Aaliyah was] brought up in the old school. She was a sweet, sweet girl. She would walk into a room, and you would feel her light. She’d hug everyone, and she meant it.”

After learning about R&B singer Aaliyah’s death, read about Buddy Holly’s fatal plane crash. Then, learn the truth about how Elvis Presley died.