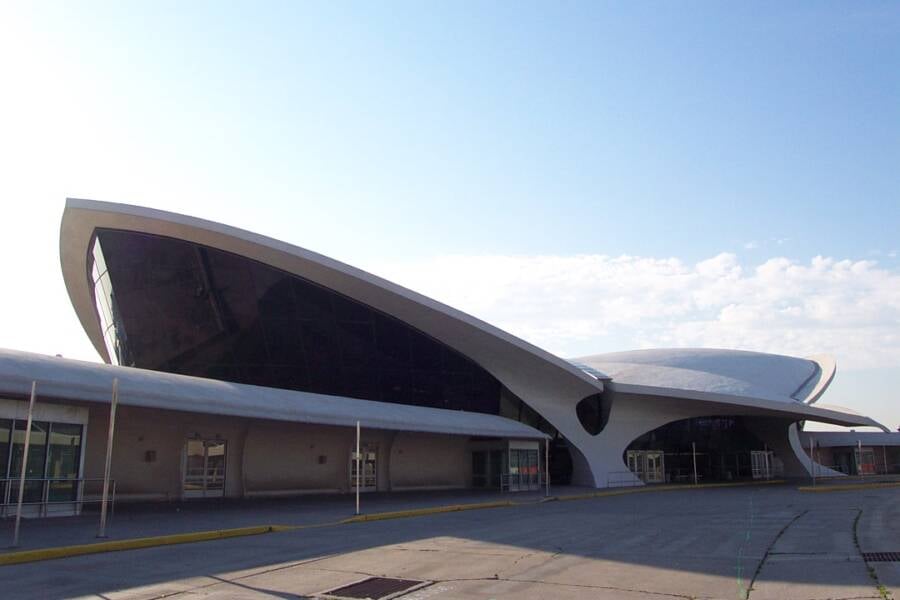 Telstar/FlickrThis abandoned terminal in the Trans World Flight Center (TWA) at John F. Kennedy International was once a space-age dream.

A pinnacle of post-war optimism during the golden age of passenger jet travel, architect Eero Saarinen’s 1960s terminal inside Queens’ John F. Kennedy International Airport was — and is — breathtaking.

A space-age dream, the terminal featured an iconic sunken lounge and sleek, all-white tubes that connected it to the larger airport. 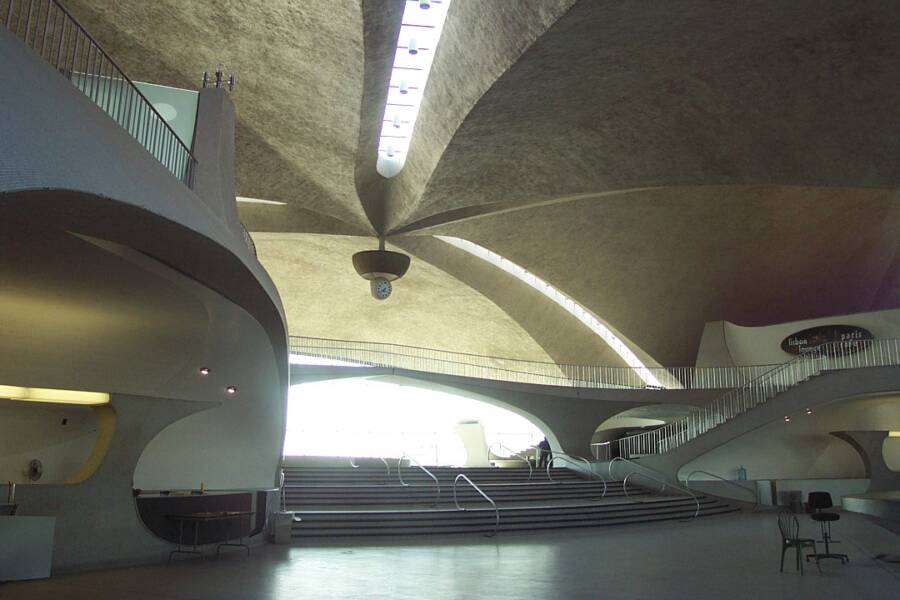 But the original size of the terminal factored heavily into its closing in 2001. It was thought to inadequately accommodate the ever-growing size of commercial aircraft, and so it was turned into a hotel.

While the doors of this mid-century-modern terminal were closed for almost 20 years, the world developed a serious case of space-age nostalgia in the meantime. 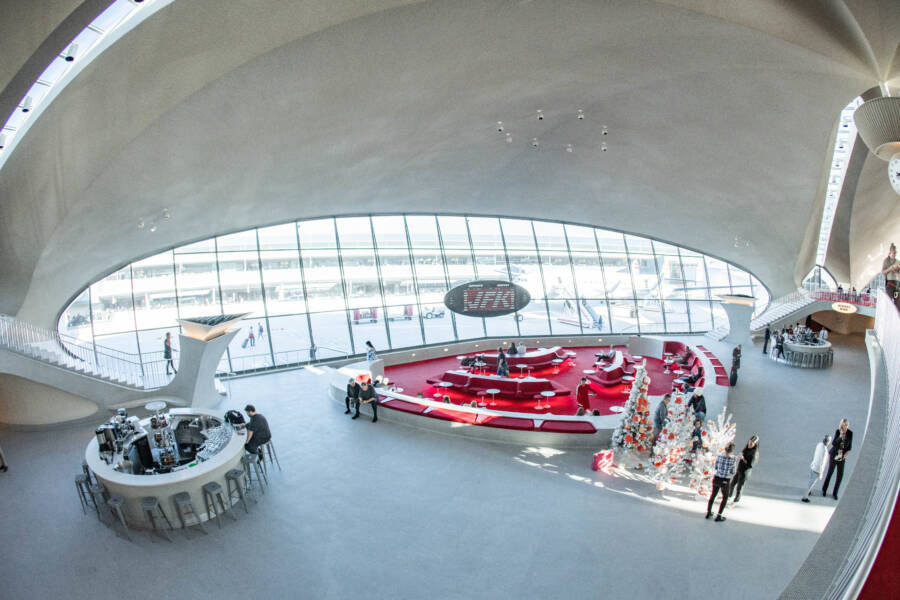 “There’s a debate in the landmarks preservation world about embalming—about putting something on a pedestal and not giving it a life, but keeping it exactly the way it was,” mused Adam Rolston of INC Architecture & Design. “And the other side says you gotta breathe new life into these things and give them new functions. This is a beautiful example of that.”

As the only entry on this list of abandoned airports to not technically yet abandoned, you can see why this terminal is special, and was repurposed into new life. Featuring over 500 rooms spread over two new hotel buildings, the iconic lobby is now as busy as ever, and represents the wonderful new lives that can be brought to these otherwise wasted spaces.

Next, visit these creepy abandoned asylums where treatment was torture. Then, enjoy these photos from the golden age of air travel.