A bitter feud between German sneaker giants Rudolf and Adolf Dassler saw that their company split into the two behemoths we know today.

The shoes that African American track and field star Jesse Owens wore to the first-place podium at the 1936 Olympics were crafted by none other than two German-born brothers.

Those brothers, Rudolf and Adolf Dassler, had built one of the most successful athleticwear empires in Nazi Germany from inside their parents’ house. But bad blood between the brothers saw their empire split into two separate behemoths that still dominate the market today: Adidas and Puma. 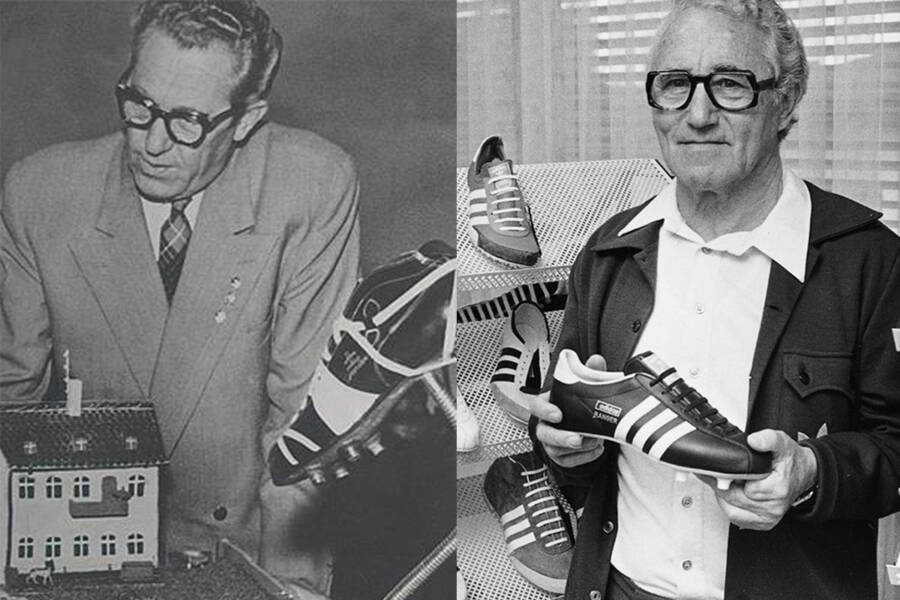 Puma/GettyAdolf Dassler (right), who was the founder of Adidas, began his brand as a small family business alongside his brother. But irreconcilable differences saw them split their company — and town — into two.

Woven into a simple pair of leather sneakers were fraternal resentment, promiscuity, wartime betrayal, lifelong estrangement, and the fate of a town.

But these things, along with the fascist roots of two athleticwear giants, have been all but forgotten.

The Dasslers Hit The Ground Running 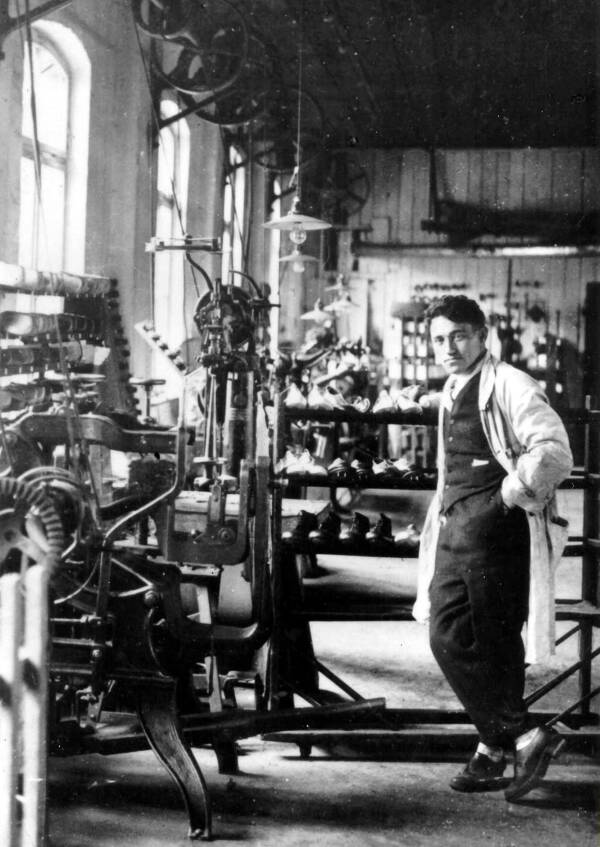 Ullstein bild via Getty ImagesAdolf Dassler, the man who founded Adidas, in one of his earlier factories.

The Dassler brothers first began sewing shoes in 1919 from the laundry room of their family home in Herzogenaurach, Germany.

They called their company Sportfarbrik Gebrüder Dassler or Geda for short. By 1927 the company had expanded to 12 additional workers, forcing the pair to find bigger quarters. The company hummed along with outgoing Rudolf as the salesman and shy Adolf as the designer. Among their feats was crafting the first metal-spiked sneakers, known now as cleats.

But the biggest moment in the shoemaker’s career came during the 1936 Olympics in Berlin.

Like every Olympics, the games were held in the spirit of competition and bringing the best in the world together. In pre-World War II-era Germany, however, an influx of incredibly talented, diverse international athletes put the growth of Nazism at risk.

Indeed, non-white athletes challenged the ethic of Aryan supremacy and supreme athletes like Jesse Owens proved that white skin didn’t signal anything other than white skin. 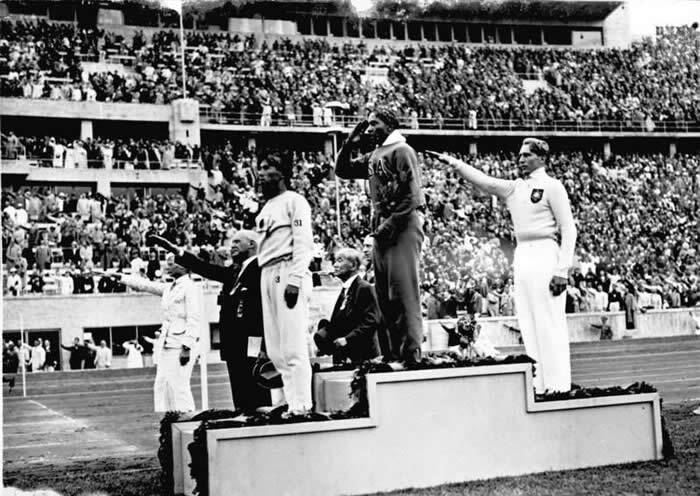 So why did two German-born brothers, both of who were Nazi Party members, give a pair of hand-crafted cleats to Jesse Owens?

The answer likely lies in marketing. The athletes the brothers had given shoes to received seven gold medals and five silver and bronze medals between them. Four of the golds belonged solely to Jesse Owens.

Jesse Owens became a demigod, and Adolf Dassler had crafted his winged sandals.

“The company would probably have gone through the ceiling,” historian Manfred Welker said in an interview with Business Insider. “But then the war came.” 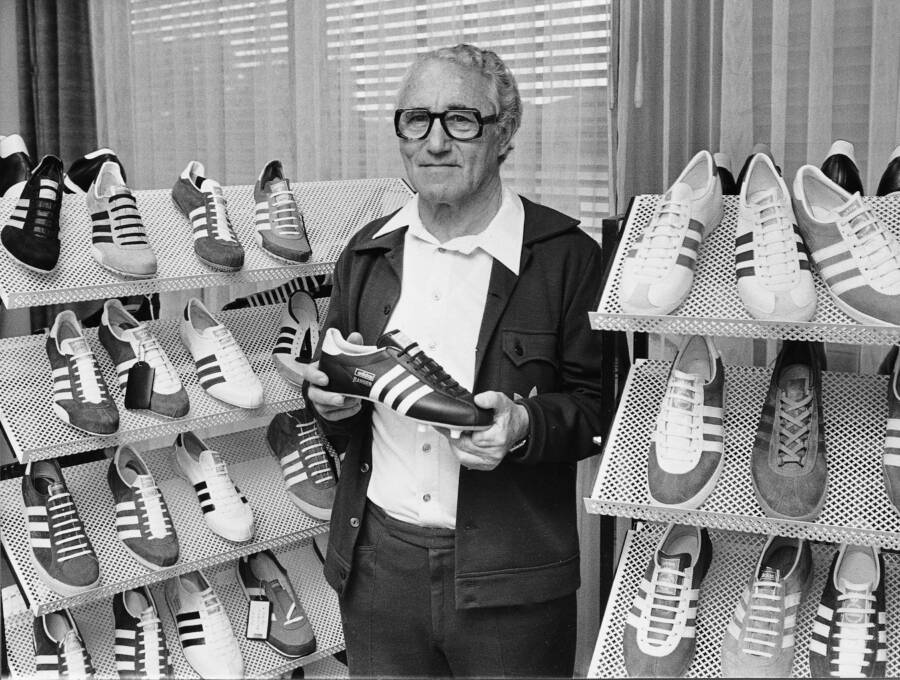 Brauner/ullstein bild via Getty ImagesAdidas was worth over $16 billion as of 2019.

Unfortunately from here, the story of Adidas and Puma becomes one of fraternal resentment. While no one is totally sure what exactly happened between the Dassler brothers, there are theories.

One rumor claims that Adolf had arranged for Rudolf to be called upon by the German Army in 1943 as a means of getting him out of the business. Other records suggest that Rudolf Dassler had voluntarily enlisted, however.

Regardless, when Rudolf deserted in 1945, Adolf Dassler reportedly snitched to the Allies about his brother’s whereabouts, resulting in his imprisonment.

Even after the war ended and Nazism became uncouth, both brothers tried to paint the other as the bigger national socialist.

A more melodramatic theory posits that the two brothers and their families were forced into the same shelter during an Allied bombing. When he saw Rudolf and his family in the shelter, Adolf Dassler allegedly exclaimed: “The dirty bastards are back again.”

Adolf Dassler was likely referring to the planes, but Rudolf took it as a personal offense against him and his family. 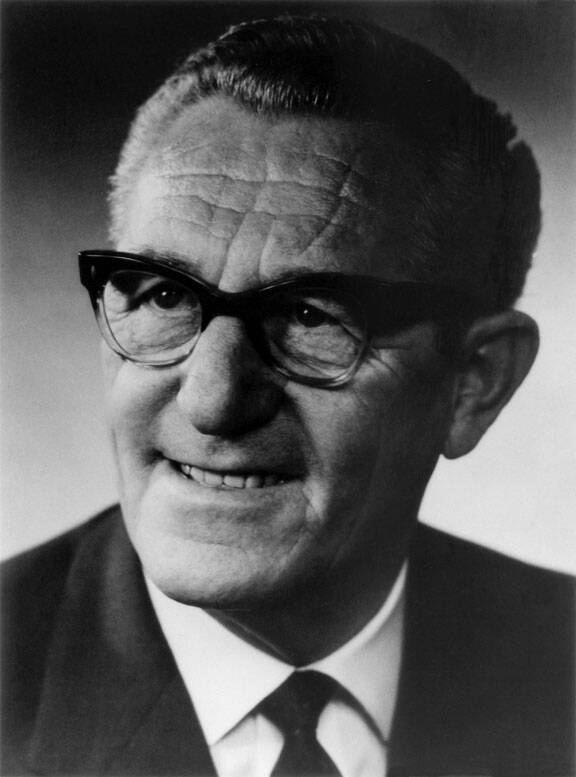 FindagraveRudolf Dassler, pictured here, managed to work with his brother for over 20 years before parting ways in 1948. They would be buried in the same cemetery nearly three decades later, though on totally opposite sides.

All of this was just to say that finally, in 1948, the Dassler brothers officially washed their hands of each other.

Life In Herzogenaurach, A Town Of Two Brands

The schism between the two brothers, though, had grown so palpable that it literally split their hometown in two.

Nearly everyone in the small town was employed by either company and Herzogenaurach was consequently dubbed “the town of bent necks” because each faction would eye one another for telltale marks of the other brand.

“When I started at Puma, you had a restaurant that was a Puma restaurant, an Adidas restaurant, a bakery…The town was literally divided. If you were working for the wrong company you wouldn’t be served any food, you couldn’t buy anything. So it was kind of an odd experience.”

The brothers remained at odds until their deaths, even being buried at opposite ends of the same local cemetery.

The companies remained at war until the 1970s when they both went public. Many families were even then strictly Puma or Adidas and would not switch their loyalties.

The brands didn’t reconcile until long after their creators’ deaths when they faced off in a friendly inter-company soccer game in 2009. 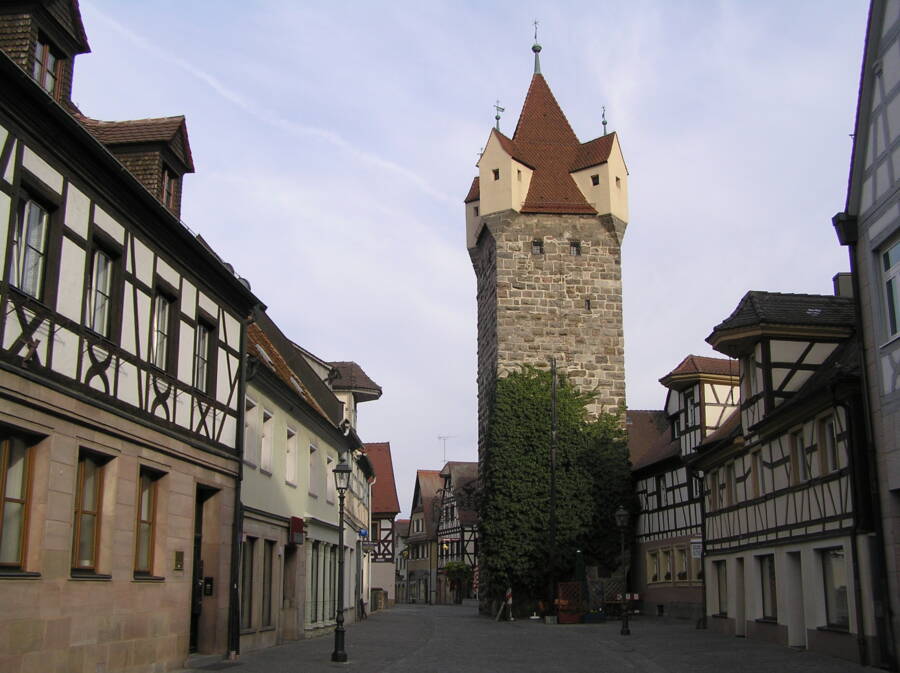 Tilman ABHerzogenaurach, the town split by Puma and Adidas.

The Legacy Of Adolf Dassler, The Founder Of Adidas

Though both companies are giants in athleticwear, Adidas is said to have forever changed soccer.

The brand introduced screw-in cleats, which debuted at the 1954 World Cup. Then, in the 1990s, Adidas launched the Predator cleat. Finally, the brand has been adapted for streetwear and is riding the current athleisurewear wave with ease. 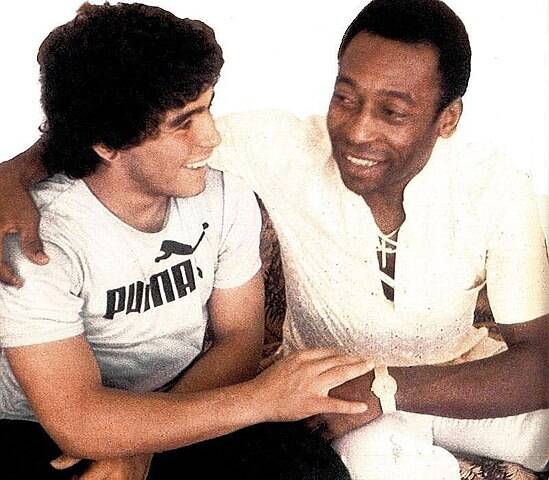 Puma, of course, was no slouch either and has graced the feat of Edson Arantes do Nascimento, better known as Pele, as he took victory in three World Cups.

The story of Adolf Dassler’s Adidas is a complicated one. It is the story of World War II-era Germany, entrepreneurship, ingenuity, and deep sibling resentment.

For more of today’s products with similarly German roots, check out these brands that were once Nazi collaborators. Then, for more on the characters of World War II, check out the life of Paula Hilter, Adolf’s younger sister.