"I am extremely pissed off that this happened," the museum's director said candidly at a press conference announcing the burglary. 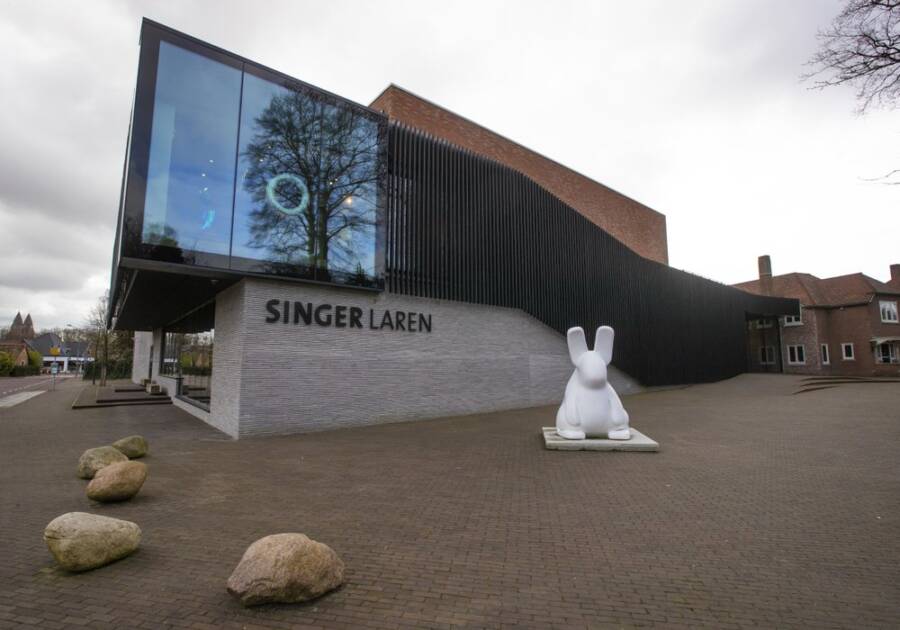 AP Photo/Peter DejongA Van Gogh painting was stolen from the Dutch Singer Laren museum that was temporarily closed due to the COVID-19 outbreak.

With the Netherlands on lockdown due to coronavirus, an art thief or thieves saw an opportunity for mayhem. On March 30, the Singer Laren museum in the Dutch town of Laren reported that a priceless Van Gogh painting had been stolen.

According to artnet News, the break-in happened in the early morning. The thieves reportedly made away with Van Gogh’s famed landscape piece The Parsonage Garden at Nuenen in Spring, which was painted in 1884.

The art thieves broke through a large glass door at the front of the museum, triggering the museum’s alarm. But by the time police had arrived at the scene of the crime, the criminals were long gone — along with the Van Gogh painting.

“I am extremely pissed off that this happened,” museum director Jan Rudolph de Lorm said at a press conference announcing the unfortunate break-in. “This is a huge blow. This is extremely difficult, especially in these times.”

To make matters worse, the painting did not even belong to the Singer museum. Instead, it belonged to another Dutch museum — the Groninger Museum in Groningen — which had loaned the priceless Van Gogh piece to Singer Laren. The stolen Van Gogh was the only painting from the Dutch master that the Groninger Museum owned.

The Van Gogh art heist also happened on the same day as the master painter’s birthday, March 30. Whether that is a mere coincidence or a deliberate joke by the burglars remains unknown.

We’re so sad that today, on Vincent van Gogh’s birthday, burglars broke into @SingerLaren and stole this work, on loan from @GroningerMuseum. We hope they get caught soon! pic.twitter.com/47WTrzV5An

“The Groninger Museum is shocked by the news,” the museum said in a statement. A museum spokesperson declined to comment any further to the press citing ongoing investigations.

A team of forensics analysts and art theft experts are carefully examining the museum’s surveillance footage while investigators canvas the area and interview locals for more clues that will hopefully help solve the case.

Vincent Van Gogh’s The Parsonage Garden at Nuenen in Spring was painted in Neunen where the artist’s father served as a pastor between 1883 and 1885.

The 10-by-22-inch oil on paper painting portrays a person walking amid a garden that is surrounded by trees with a church tower seen in the far background.

The church itself came from a real scene from Van Gogh’s life, as he could see the village’s church tower from his father’s house. Although the immediate value of the painting is not yet known, it is likely worth millions.

“This beautiful and moving painting by one of our greatest artists stolen – removed from the community,” said de Lorm.

If there is one bright side to the terrible art theft, it appears nothing else was found missing from Singer Laren’s 3,000-piece art collection, which boasts works from other Dutch artists such as Jan Toorop and Chris Beekman.

The Singer Laren, like other museums and public spaces across the Netherlands, had been shut down temporarily before the burglary after the Dutch government issued a ban on large crowds earlier in the month.

The case draws similarities with an earlier incident in the U.K. when three masterpieces worth $12 million were stolen from the Christ Church Picture Gallery at the University of Oxford.

That robbery — which saw the loss of three paintings from the 16th and 17th centuries — also took place after the museum was temporarily shuttered due to the coronavirus outbreak.

There is no evidence that these two art heists are linked. But it seems that bad actors are taking advantage of the isolation measures deployed during the COVID-19 pandemic.

Next, learn about the stolen painting worth $160 million that was discovered in a small town couple’s home and read about the baffling, decades-long investigation of the art heist at the Isabella Stewart Gardner Museum.