Though he was born into a Roman Catholic family, Adolfo Constanzo quickly fell into alternative religion, focusing on black magic and the occult. 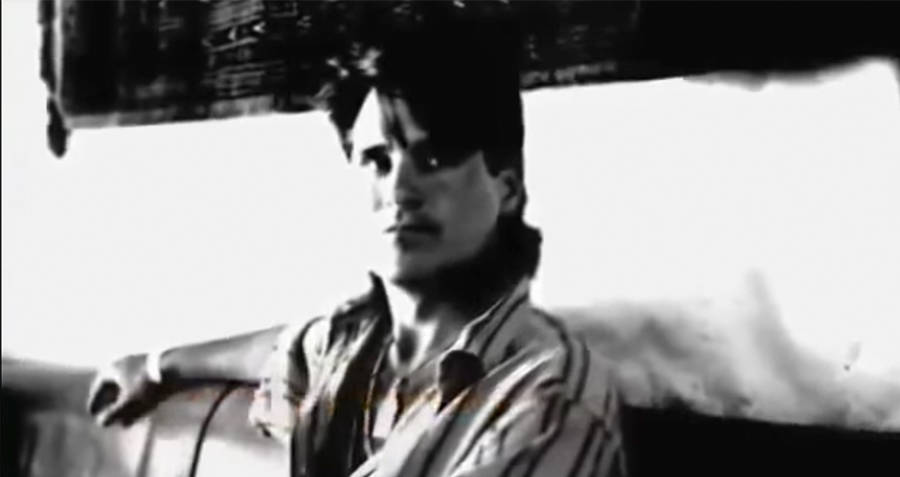 Adolfo Constanzo was born in Miami in 1962. His mother, a widowed immigrant from Cuba, moved to Puerto Rico with her infant son to marry her second husband before the family moved back to Miami in 1972. Little did she know that her infant son would grow up to become a drug lord and cult-leading mass murderer. 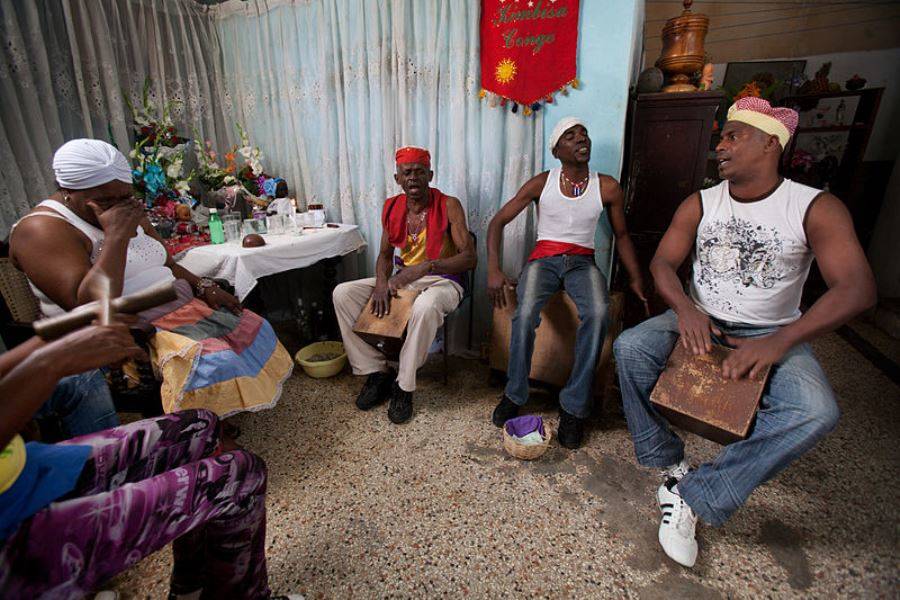 A traditional Santeria ceremony in Cuba.

Voodoo and Catholicism have always had an interesting relationship and although Adolfo Constanzo was baptized in Roman Catholic tradition, like most other immigrants in the Little Havana neighborhood where he lived, strange rumors started swirling about the young boy and his family.

Local legend claims his mother and grandmother were both priestesses in the Santeria religion, a blend of Afro-Cuban religion and certain elements of Catholicism popular throughout the Caribbean.

When Constanzo was 14, he became the apprentice of a local sorcerer who had made himself rich through his dealings with superstitious local drug dealers. It was supposedly this sorcerer who introduced Constanzo to palo mayombe, the darker side of Santeria. Shortly after that, his neighbors began finding small dead animals on their doorsteps.

After spending his teenage years being schooled in sorcery and arrested several times for shoplifting, Constanzo’s good looks brought him to Mexico City for modeling work. It was there he recruited his first occult “disciples.”

Jorge Montes and Martin Quintana were both his first followers and his lovers, having been lured in by Constanzo’s powerful charisma and a curiosity about the occult. Constanzo would play upon these dual traits and seduce many of his other disciples in Mexico City’s gay neighborhood the “zona rosa,” where he read tarot cards.

Adolfo Constanzo set up shop in Mexico City permanently in 1984 and worked on establishing his reputation as a powerful padrino in the city. Mexican drug dealers presented the perfect combination of superstition and blood-lust upon which Constanzo could prey: for sums of up to $4,500 he would perform ceremonies that involved the sacrifices of animals that he guaranteed would protect the dealers during their illicit activities.

Constanzo’s diary later outlined the exact prices customers paid per animal: from $6 for a simple rooster, all the way up to $3,100 for lion cubs; one prominent dealer racked up a $40,000 bill with Constanzo over a three-year period.

As the sorcerer lured in more and more impressive clientele (including not just powerful cartel leaders, but fashion models, nightclub performers, and a few federal policemen), he needed to put on more impressive spectacles to satisfy them. Constanzo and his followers had been raiding cemeteries for actual human bones for some time, but in time even they would not be enough.

Diving Deeper Into The Occult 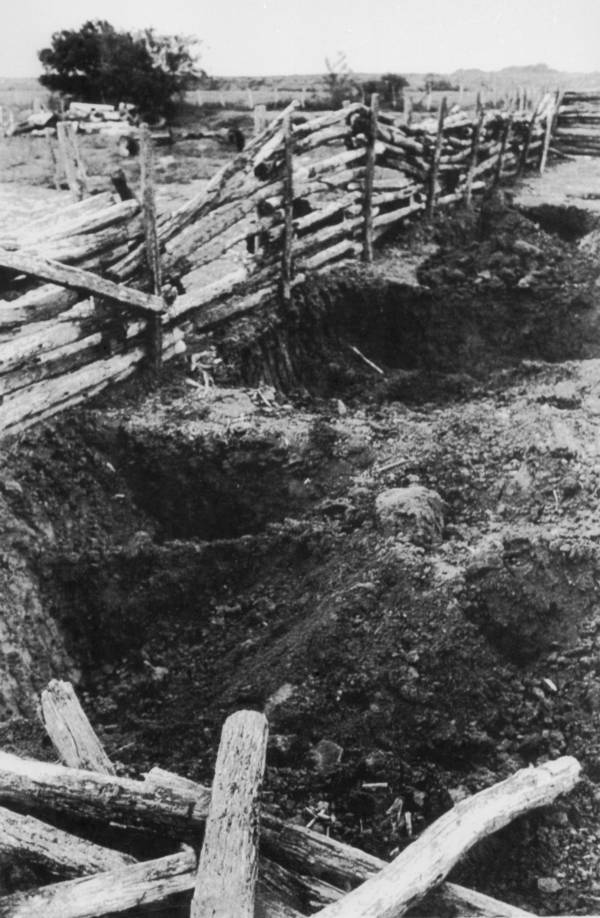 By 1987, Adolfo Constanzo had come a long way from reading tarot cards in the zona rosa — the big money he was getting from rich clients afforded him a new condominium complete with a garage full of luxury cars. The sorcerer had also taken advantage of his police and cartel contacts to start dealing himself for some illicit supplementary income.

Adolfo Constanzo’s most important client was the Calzada family, leaders one of the county’s biggest cartels. The relationship between the padrino and the dealers started out as it usually did, with the Constanzo providing protection spells for large sums of money.

As time went on and the Calzadas became more and more powerful, Constanzo became convinced that their good fortunes were the results of his black magic and insisted upon being given a position of power with the cartel. When the cartel leader refused Constanzo’s demand, he and six other family members suddenly disappeared.

The nganga, or blood cauldron, is an important part of palo mayombe: worshipers believe that by placing bones and blood in an iron cauldron, they can summon spirits to do their bidding.

When Mexican police found the bodies of the missing members of the Calzada family, the mutilated corpses were missing more than a few parts. Constanzo had taken the fingers, toes, hearts, testicles, spines, and brains from his former partners and added them all to his own nganga in hopes of strengthening his dark powers.

The End Of Constanzo 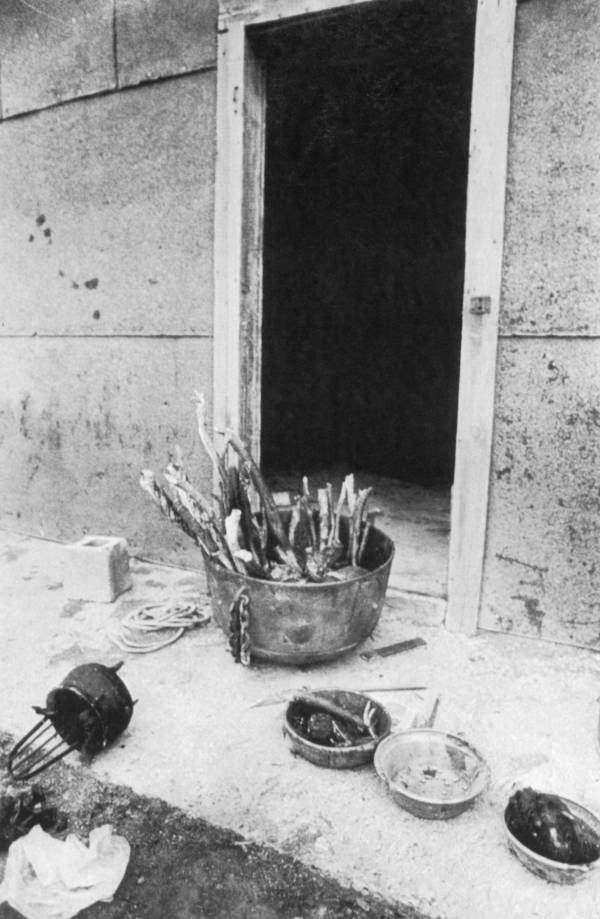 Bettmann/Getty ImagesA ceremonial cauldron containing bones, a turtle shell, the head and claws of a rooster, a goat’s head and a horseshoe.

To this day, it is unknown how many human victims Adolfo Constanzo and his disciples fed to their nganga; 23 have been officially documented, but police believe that a series of mutilated bodies found in the area and during the time the padrino was active there may also be the handiwork of the cult.

Constanzo’s victims were small-time crooks, transvestites from the zona rosa, or even members of his own circle who disobeyed him; since most of the human sacrifices came from the society’s dark underbelly, the murders flew under the radar, and the full number of homicides may never be known.

Constanzo’s followers worshiped him like a god, they did not hesitate to find victims for him or even mutilate one of their own. When the “Pied Piper of Death” demanded the sacrifice of an “anglo” one night in 1989, they did not hesitate to grab one of the many American college students who had crossed the border from Texas during his spring break.

This time, the padrino had overreached himself. The student they had snatched, Mark Kilroy, was not a lone drifter whose disappearance would go unnoticed. His friends and family alerted both American and Mexican authorities, triggering a massive manhunt that would eventually bring about Constanzo’s downfall.

When the Mexican police busted a small-time marijuana dealer that April, he led them to a small ranch where, as the police had expected, they found a cache of drugs. What the police did not expect was the small windowless shack on the ranch property that one would later describe as “a human slaughterhouse.”

They had accidentally stumbled upon Adolfo Constanzo’s nganga, still filled with bits and pieces of his victims; the horribly mutilated bodies of Kilroy and the others were buried in shallow graves on the grounds. The police burned the shack to the ground and called in a priest to perform a purification rite.

The symbolic destruction of the heart of Adolfo Constanzo’s dark powers preceded the padrino‘s actual downfall. Mexican authorities tracked him down a couple of weeks later and surrounded him in his Mexico City apartment.

The cult leader eluded justice until the very end; ordering one of his faithful companions to shoot him before the police could take them away.

Next read about Marcus Wesson, who turned his family into a cult and then murdered them. Then, read about the serial killer who turned her victims into soaps and cakes.