Fraudsters Con Doctor Out Of $93,000 By Conjuring A ‘Genie’ To Sell Him ‘Aladdin’s Lamp’

"During one visit 'Aladdin' actually made an appearance in front of me." 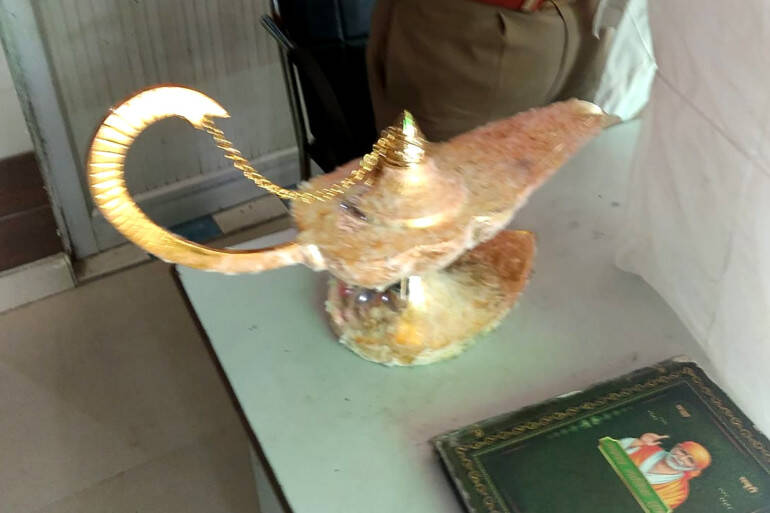 Uttar Pradesh police/AFP/Getty ImagesA doctor was scammed out of $93,000 by fraudsters who pretended to conjure a genie from a fake ‘Aladdin’s lamp.’

Scammers will come up with just about anything to swindle some money out of the pockets of the innocent. Sometimes these con artists’ tricks are so elaborate that they can convince even the most rational person to step into their trap.

A doctor hoping to harness mystical powers was duped into purchasing an old ‘Aladdin’s lamp’ that he was told was inhabited by an all-powerful genie. The doctor fell prey to the scheme and shelled out tens of thousands of dollars to possess the supposedly-powerful lamp.

According to the Guardian, the victim, identified as a man named Laeek Khan in Uttar Pradesh, India, bought the fake Aladdin’s lamp from a gang of reputed con artists.

In his police complaint, Khan alleged he had met the group of scammers while treating a woman he thought was their mother.

“Gradually they started telling me about a ‘baba’ [priest] whom they claimed also visited their home. They started brainwashing me and asked me to meet this baba,” Khan wrote in his complaint. 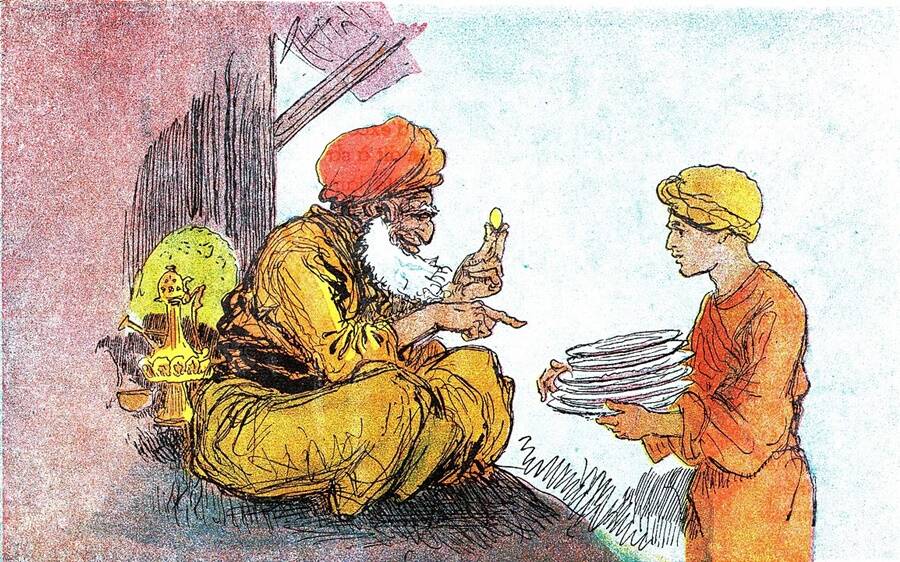 Wikimedia CommonsThe popular tale of Aladdin’s lamp is believed to have originated from somewhere in the Middle East.

The so-called priest somehow made a “jinn” or genie appear from the lamp, which Khan later realized was just one of the scammers wearing a costume. Nevertheless, it was enough in the moment to convince the Indian doctor that he had just witnessed a supernatural being come out of the lamp.

In the complaint, he wrote, “During one visit ‘Aladdin’ actually made an appearance in front of me. I did not know who this person was at that time. I later realized the accused was dressing up as ‘Aladdin’.”

The tale of the genie and his mystical lamp comes from an old folktale about an impoverished man named Aladdin. As the story goes, Aladdin was hired by a sorcerer who tricked him into retrieving an old oil lamp with magical powers. The lamp eventually came into Aladdin’s possession and helped him gain fortune and the hand of a princess.

The sorcerer devises plots to steal the lamp away from Aladdin but the street-savvy man prevails, and eventually finds himself taking over the throne of his father-in-law. The old tale is believed to have origins in the Middle East though it’s still uncertain exactly how the folklore came to be. It is now a popular story around the world thanks to the 1990s Disney animated-feature Aladdin.

With this popular tale in mind, Khan may have been overcome by his desires. 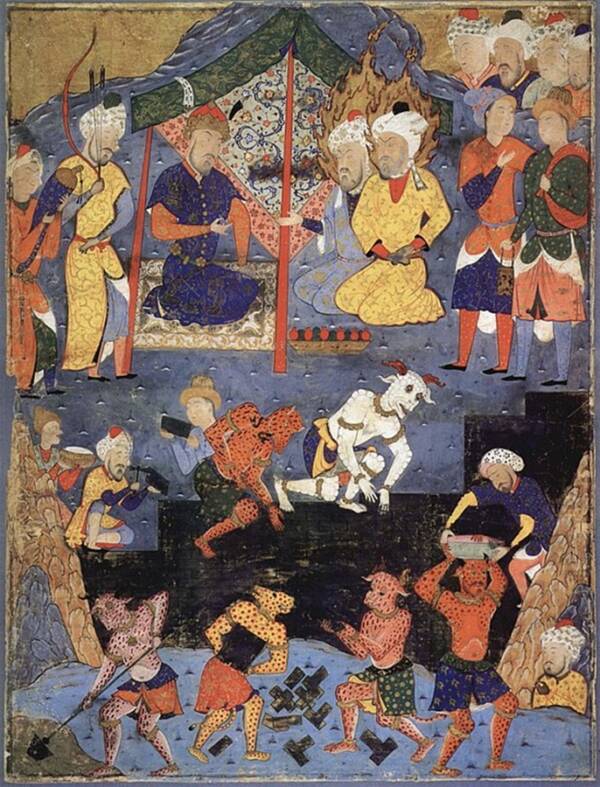 Wikimedia CommonsJinn or genies are supernatural beings that were commonly depicted in old Arabic manuscripts.

When Khan asked to touch the artifact and bring the lamp home with him, the fraudster refused, claiming that it might cause Khan harm. Later, Khan struck a deal with the fraudster to buy the lamp after the scam artist said that the genie would bring him good health and fortune.

“The cheats had struck a deal for much more but the doctor had paid about 7 million rupees,” said Amit Rai, a senior officer. Believe it or not, it could’ve been worse. The men had reportedly offered the fake lamp to the doctor for the much-higher price of $200,000.

Eventually, Khan realized that he had been duped and reported the crime to authorities. Police investigators later found that the men were known con artists who had scammed countless other families out of money.

Fortunately for Khan, two of the scammers were arrested. They are still in custody ahead of charges being filed. The wife of one of the men was also involved in the scam, but she remains at large.

While it may be tempting to believe in the fairytales told by snake oil salesmen, let the case of the Aladdin’s lamp scam stand as a cautionary tale for those who are desperate to find a shortcut in life.

Next, meet John Colletti, who disguised himself as an elderly man and swindled $100,000 from Michigan casinos, and then learn about Charles Ponzi, the real-life namesake of the term ‘Ponzi scheme.’