"The word God is for me nothing more than the expression and product of human weaknesses..."

It’s not often that a mere piece of paper will be worth a few million dollars. But when it’s a letter written by Albert Einstein about how God is a “product of human weaknesses,” a multimillion-dollar price tag is exactly what you get.

A document written by the iconic, Nobel Prize-winning physicist that’s known as the “God letter” just sold at Christie’s auction house in New York for a whopping $2.9 million.

According to Christie’s, this is a “remarkably candid, private letter” that “most fully articulated expression of his religious and philosophical views.”

The 1954 letter, written a year before Einstein’s death, indeed contains his thoughts on religion, specifically his own Jewish faith. He wrote the letter to philosopher Eric Gutkind, who wrote a book entitled Choose Life: The Biblical Call to Revolt, which discussed Judaism and scientific study, according to CBS News.

Einstein didn’t agree with Gutkind about the role that God and religion play in an individual’s life. He said that the book was “written in a language which is inaccessible to me.”

The most sensational revelation that the letter contains is Einstein’s renouncement of God. In the letter, Einstein wrote:

“The word God is for me nothing more than the expression and product of human weaknesses, the Bible a collection of honorable but still primitive legends. No interpretation, no matter how subtle, can (for me) change anything about this.” 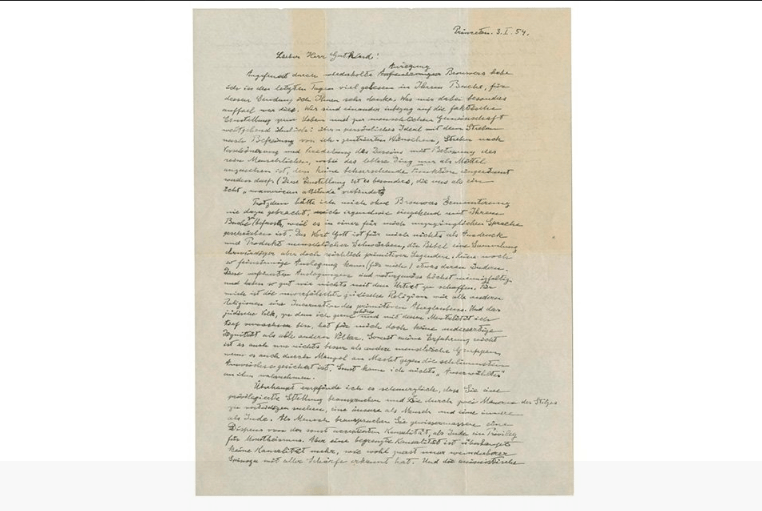 Einstein included his own Jewish faith in his rejection of religion as well, writing:

“For me the Jewish religion like all other religions is an incarnation of the most childish superstition… As far as my experience goes, they are in fact no better than other human groups, even if they are protected from the worst excesses by a lack of power. Otherwise I cannot perceive anything ‘chosen’ about them.” 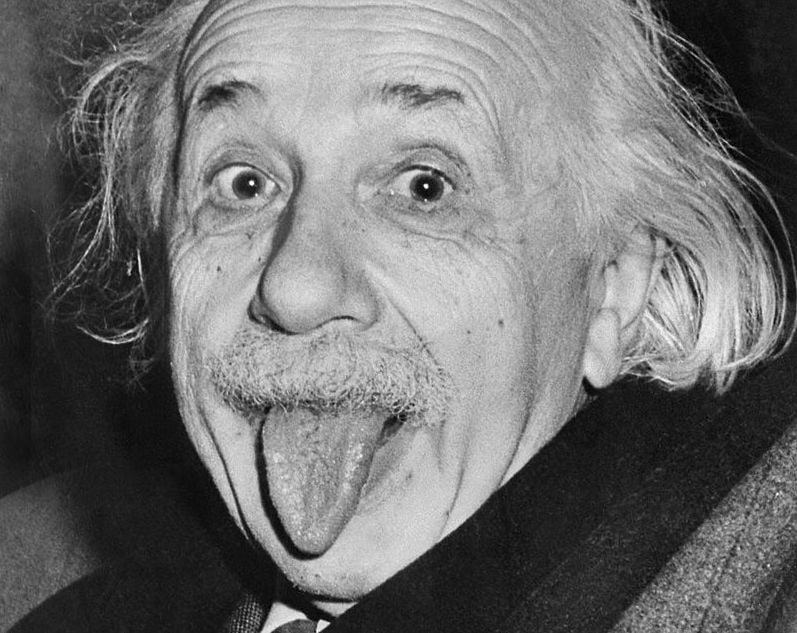 This isn’t the first time that the letter has gone up for sale. It first sold back in 2008 at a London auction house for $404,000. The “God letter” then resurfaced in 2012 on eBay with a starting bidding price of $3 million, although it appears that it did not sell at the time.

Walter Isaacson, the author of the 2007 biography Einstein: His Life and Universe, isn’t at all surprised at this level of public interest in Einstein’s thoughts on religion.

According to CBS News, Isaacson said:

“There was a delightful belief that a genius who could fathom the laws of the universe could give us the answer to timeless questions such as about the existence of God. And many people were hungering for a way to reconcile science and religion. They were hoping that he would say, ‘Yes, there is a God. You can quit worrying about it now.’ But his beliefs were not that simple.”

Because Einstein’s beliefs concerning religion have often been so hard to pin down, this letter’s value is extraordinary, as it seemingly remains the only real documentation in which Einstein makes definitive statements concerning his views on God and faith.

Next, learn about the story behind Albert Einstein’s infamous tongue photo. Then, check out these Albert Einstein quotes that are guaranteed to blow your mind.