Photo Of The Day: Alby The Baby Albino Sea Turtle Is The Rarest Animal You Will Ever See 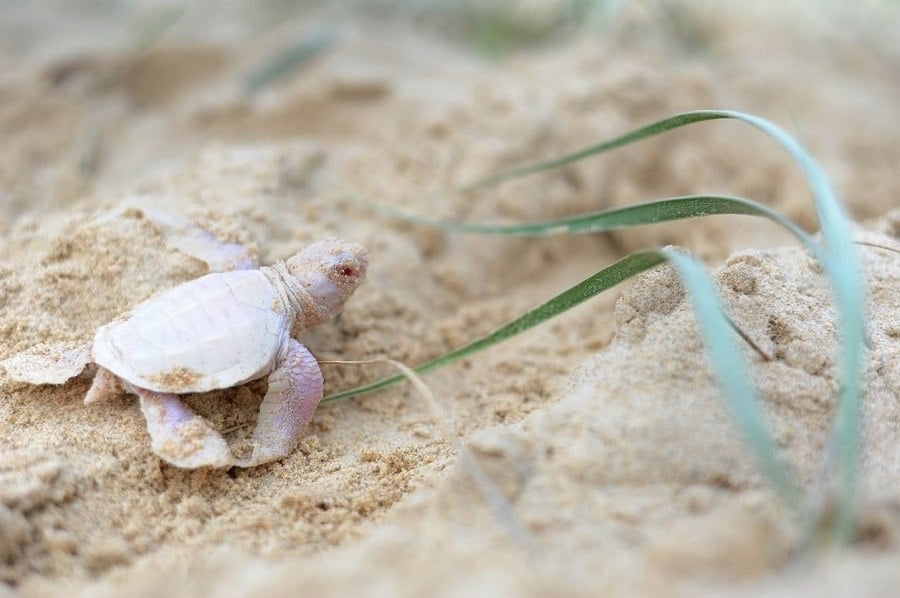 This tiny white turtle may not be large, so take a close look, because there likely won’t be another picture of a newborn albino sea turtle for quite a while.

Five volunteers from the Coolum and North Shore Coast Care group in Australia first saw the albino anomaly while gathering research data on turtle nests on Castaways Beach in Queensland on Sunday. The other 122 baby turtles in the nest had hatched and made their sprint to the sea on Friday, but there was one albino straggler left, laying on his back under a piece of protective mesh that was keeping the turtle nest safe from foxes. They appropriately dubbed the turtle “Alby.”

Only around one in 10,000 animals are born albino, but according to Col Limpus, chief scientist with Queensland’s Government’s Threatened Species Unit, Alby is much more rare. “Albino hatchlings are extremely rare; it probably occurs at the rate of one in many hundreds of thousands of eggs that are laid.” 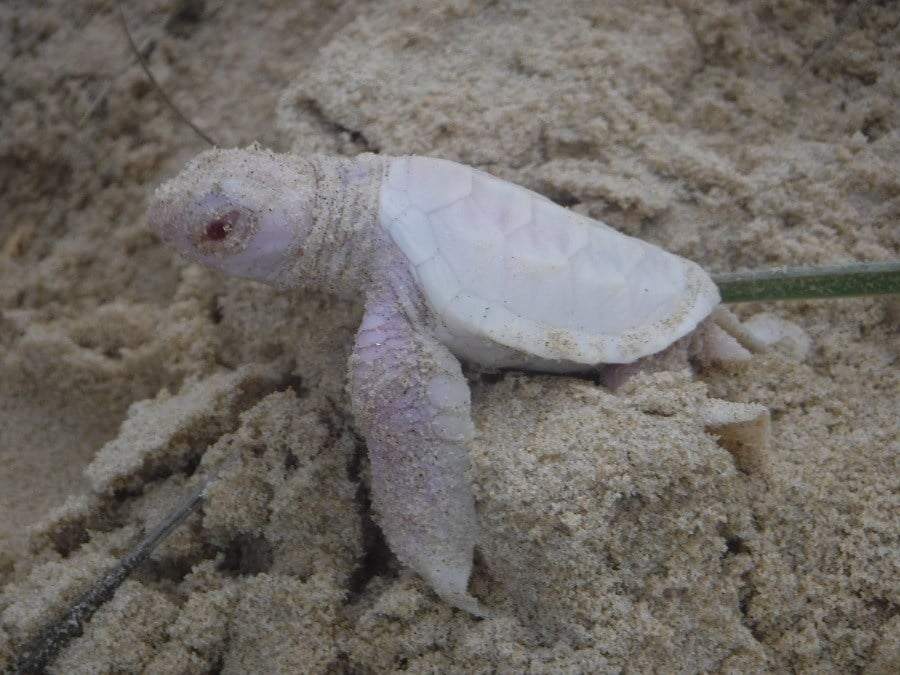 Pair that with the fact that only one in 1,000 sea turtles live to maturity — not to mention the fact that all albino animals have a harder time surviving in the wild — and it starts to make sense that there’s no record of an albino sea turtle living long enough to nest.

“Normally they don’t survive coming out of the nest, and when they do, they’re abnormal and not well suited to the environment,” Limpus told ABC News, “which means the chance of survival is very slim.”

However, Alby appeared to be undaunted by those astronomical odds of survival. Volunteers watched Alby waddle as fast as it could toward the ocean it will now call home. 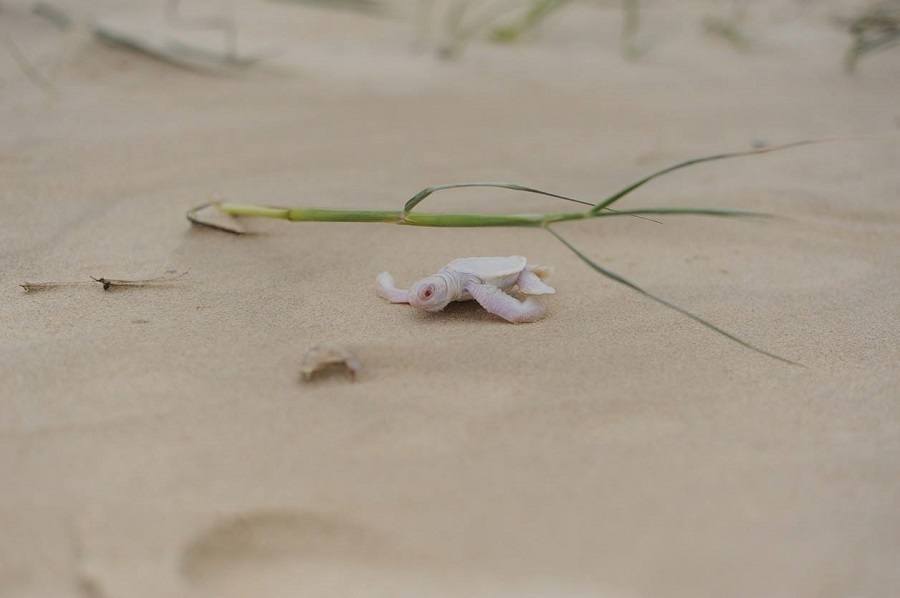 Alby’s enthusiastic waddle to the ocean has given researchers hope for Alby’s future. Image Source: Facebook

For more information about albino animals — such as why their eyes are always red — discover the story behind animal albinism, and browse through a gallery of surprising albino animal facts.