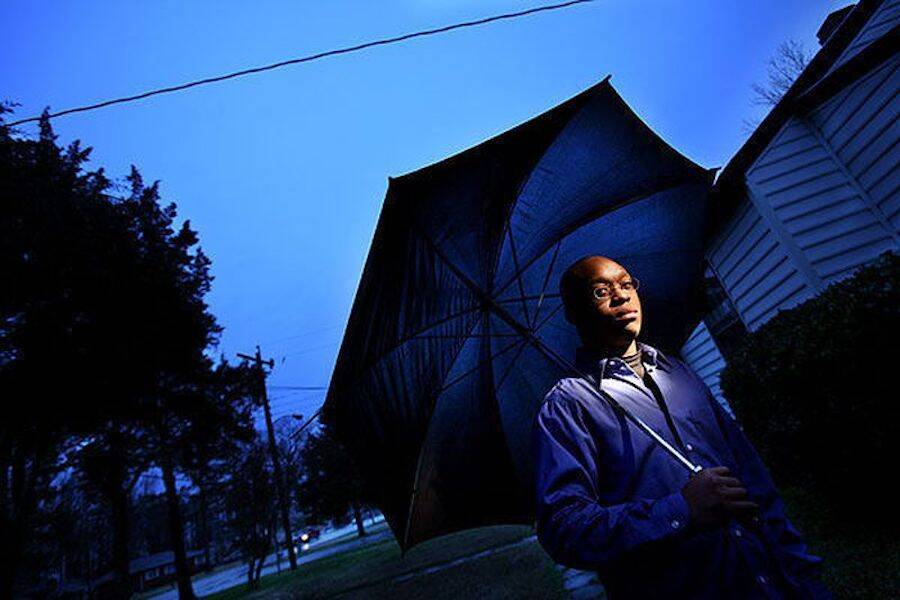 The Virginian-PilotTerrell Copeland claimed that he was abducted by aliens particularly because he was a Marine.

As a former United States Marine, Terrell Copeland isn’t easily dismissed as an unreliable observer, and so his alien stories are perhaps harder to shake.

Copeland claimed that his first experience with aliens occurred in 2007, when he captured footage of what he believed to be a UFO on his cell phone from his apartment in Suffolk, Virginia.

“It was an orb of light,” he said. “Just a big ball of light. It wasn’t moving. One was solid white. The other was directly across the street from it… up 300 feet above ground and was changing colors very rapidly.”

Copeland recalled feeling as though something was wrong and that he wasn’t supposed to be witnessing the unnerving, aerial appearance. But he alleged that it wasn’t until after he published the footage online that things truly became strange.

“I woke up from a nap by the sound of someone trying to enter my apartment,” he said. “And I said, ‘Who is it?’ There was no answer… you could see the door knob moving and like a scratching at the door. And I keep a firearm. It was on my table. And my thought was to get up and check.”

Despite the urge to get up, Copeland was paralyzed — and only able to move his eyes. 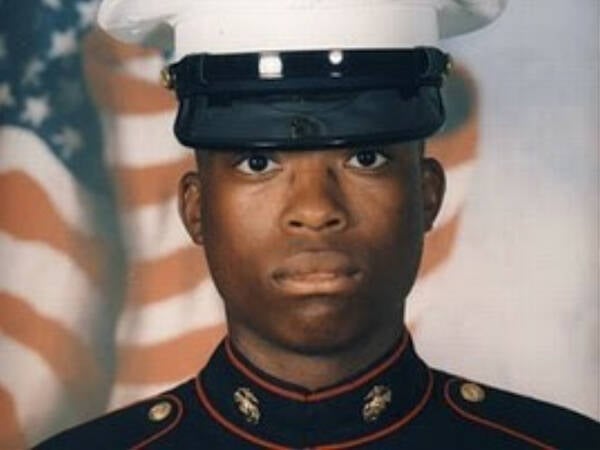 USMCThe former Marine and his alien abduction story have since been featured on HISTORY.

Suddenly, he purportedly heard a voice through the door tell him, “You don’t need that weapon. We won’t harm.”

The incident certainly resembled the natural phenomenon known as sleep paralysis, which is experienced by many. But Copeland soon began to experience “missing hours” as well. He was incapable of accounting for four waking hours during a span of two nights.

“When you see these objects, and then you do the research and you see that there are so many people who have experienced the same thing as you,” he said, “you have to say to yourself… maybe there is something to this.”

Copeland claimed that as soon as he started to keep a log of notes and sketches his memory of what had happened during his episodes of “missing time” began to resurface.

“I was in a room and I saw a woman who did not have complete human features,” he said. “She had the typical black eyes that you hear about. She had an elongated skull. And that startled me. And the next memory I have is me standing on my balcony waving at this cylinder-shaped ship.”

Copeland’s alien stories, which were eventually chronicled on the HISTORY channel, remain both startling and unproven as all alien abduction tales do. In the end, however, Copeland said that his experience was for the best and has left him with a desire to “be a better person.”

After reading about the nine most convincing alien and UFO abduction stories in modern history, investigate the Rendlesham Forest UFO incident. Then, learn about how the U.S. Navy drafted new internal guidelines for reporting UFOs.