Each week, we bring you an incredible experience from someone who lived it. In this edition, former U.S. army medic Adam Linehan tells us what happened when the Taliban attacked — and the only way out was a path you’d never take unless you absolutely had to. 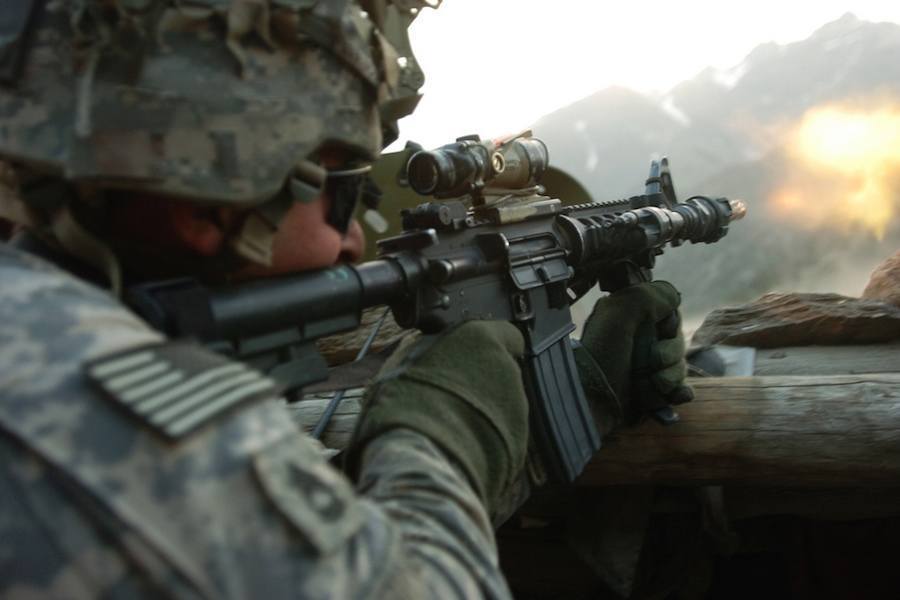 In the summer of 2010, 25-year-old Adam Linehan arrived in Afghanistan for the first time. Deployed as a medic for an infantry platoon with the 101st Airborne, he soon found himself, with around 25 other soldiers, on a tiny, desolate outpost in Kandahar.

“It was part of the big troop surge mission,” Linehan explains, referring to President Obama’s much-publicized plan to insert a further 30,000 troops into the area in an effort to turn the tide of the war. “We were the tip of the spear. Kandahar was historically the spiritual heartland of the Taliban, so we were running daily and nightly patrols through the villages in the surrounding area.”

The landscape came as a shock to the newly arrived American soldiers. Surrounded by grape fields, pomegranate orchards, and goat herders, the outpost sat in an area of flat farmland with no electricity or running water. “It looked like a picture you’d see in a children’s bible,” marvels Linehan.

Outside the front gate of the outpost lay a barren field, broken up by a few low, crumbling stone walls. On the far side of that field, just a few hundred meters away, was the Taliban.

“It was a village that had, at some point in the war, been completely decimated,” says Linehan. “It was in ruins, but it was a popular hangout for the Taliban because no one else went there, and they’d dug in all these bunkers and trenches. Later in the deployment we would go in there and flush them out, but we had just gotten into country, and all we knew was that there was a field, and the Taliban were on the other side of it.”

While the majority of the force embarked on a mission lasting several days, Linehan and around a dozen others were tasked with holding down the fort. An uneventful job at first, everything changed when the drone operator accidentally crashed his Raven into the field outside.