The mystery of Earhart's disappearance remains haunting over 80 years later, but this newly uncovered clip shows the pioneering pilot in her prime. 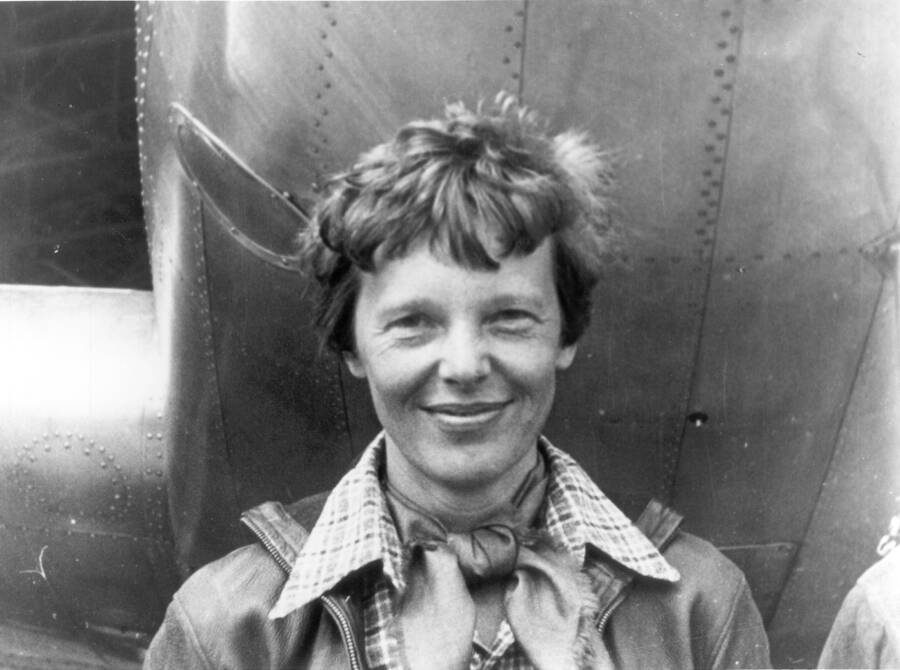 Wikimedia CommonsAmelia Earhart with her Lockheed Electra in 1937.

Amelia Earhart’s disappearance remains one of the most enduring mysteries of the 20th century. Last seen attempting to cross the Pacific Ocean in 1937, the famed aviator vanished and was declared dead in 1939. This week, previously unreleased footage of the legendary pilot has been published online.

According to Fox News, the home movie in question runs two minutes and 22 seconds long. Fully in her element, Earhart is seen carefully landing an autogyro plane in Dallas, Texas. The footage captured by William B. Kendall Jr. was taken six years before Earhart disappeared during her final flight across the Pacific.

The Texas Archive of the Moving Image explained that Earhart had just completed a transcontinental flight when she stopped at Dallas Love Field on June 16, 1931. Originally intending to head back east, she stayed overnight on the invitation of the Aviation Department of the Dallas Chamber of Commerce.

“She would make her history-making solo flight across the Atlantic Ocean the following year,” the archive added.

Amelia Earhart landing in Dallas, Texas on June 16, 1931. The full clip is available on the archive’s website.

Amelia Earhart fostered her passion for flying in 1920, after dropping out of the pre-med program at Columbia University in New York to to live with her ailing parents in California. It only took a year after her first plane ride there for the 23-year-old to get a pilot’s license — and buy her own airplane.

Fortunately for her, promoters were increasingly eager to find a woman who could fly across the Atlantic Ocean during that time. With Earhart’s skills noticeably refined, she was selected for the endeavor in April 1928.

Some believe her resemblance to Charles Lindbergh, the first man to fly nonstop across the Atlantic alone the previous year, influenced the decision. Little did anyone know that Earhart would become a venerated icon herself a few years later.

Her ride as a passenger aboard a seaplane departing Newfoundland and arriving in Wales in June 1928 made Earhart world-famous. She wrote a book about the experience, married the publisher, and piloted an autogyro plane to a record-setting altitude of 18,415 feet.

It was her attempt to fly around the world in 1937, and her subsequent disappearance, that truly shocked the world. 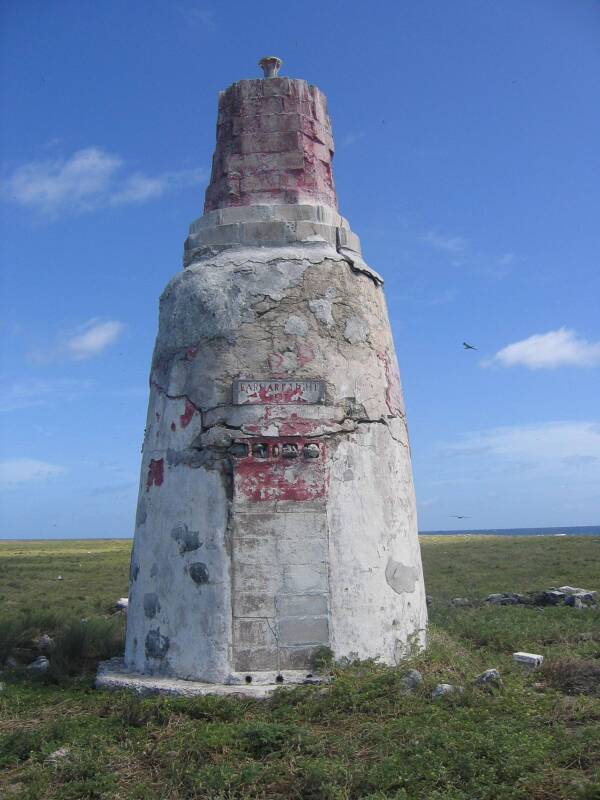 Wikimedia Commons“Earhart Light” on Howland Island — the ruins of a lighthouse on the island Earhart never reached.

But on July 2, 1937, Amelia Earhart and navigator Fred Noonan disappeared. The duo began their 29,000-mile journey to fly around the world a month earlier, departing Miami and heading east on a trusty twin-engine Lockheed Electra.

After several stops to refuel, the two pilots landed in Lae, Papua New Guinea, on June 29. They’d traveled around 22,000 miles at this point — with no cause for concern. Unfortunately, everything changed on their way to Howland Island on July 2.

Though two U.S. ships were brightly lit to mark the route and Earhart was in radio contact with a U.S. Coast Guard vessel near the destination — the plane and its pilots vanished. After a fruitless search, the pair was declared lost at sea on July 19.

Some believe Earhart landed on the remote island of Nikumaroro and died of starvation. A set of 13 human bones was found in the area three years after she disappeared. A study from 2018 seemed to support that theory — and contradicted the 1941 analysis claiming the bones belonged to a male.

Unfortunately, nobody truly knows what happened that day. While the mystery continues, we now have some new, heartening footage of an icon in her element, as well.

After learning about the rare Amelia Earhart footage showing the pilot land in Dallas six years before she disappeared, read 24 fascinating facts about the life and mysterious death of Amelia Earhart. Then, learn about 25 unexplained mysteries from around the world.