This 99 million-year-old ammonite fossil specimen may finally allow researchers to unlock the mysteries of this prehistoric mollusk. 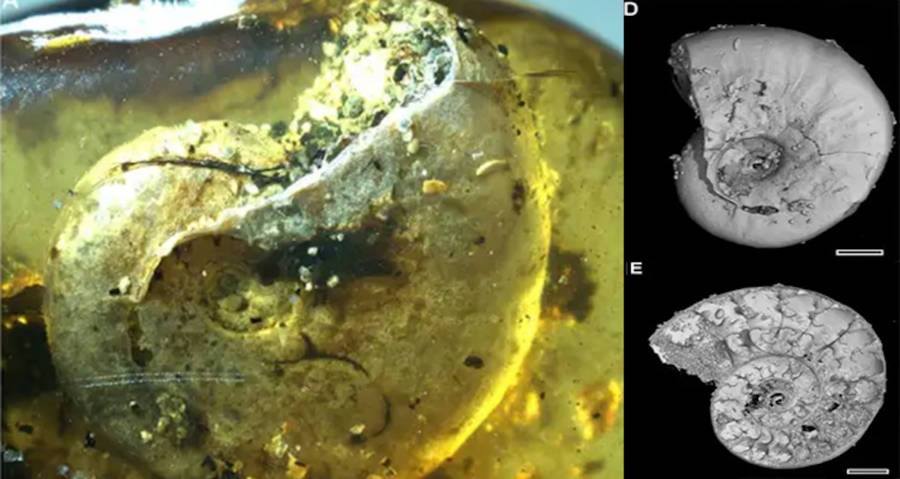 “The find was a big surprise,” Professor Bo Wang from the Nanjing Institute of Geology and Palaeontology told The Independent. “We never imagined we would find an ammonite in amber.”

The new study was published in the Proceedings of the National Academy of Sciences and was a concerted effort between institutions from China, the U.K., and the U.S.

The Mysteries Of The Ancient Ammonite

The ammonite was a prehistoric mollusk that went extinct at the same time that the dinosaurs died off at the end of the Cretaceous period. So far, these marine creatures, which are actually relatives of the modern squid, have only been found as fossilized imprints inside ancient rocks.

Now, however, scientists have discovered much more than just a faded imprint, which opens up exciting avenues for researchers to learn more about the Earth’s prehistoric ecosystem. 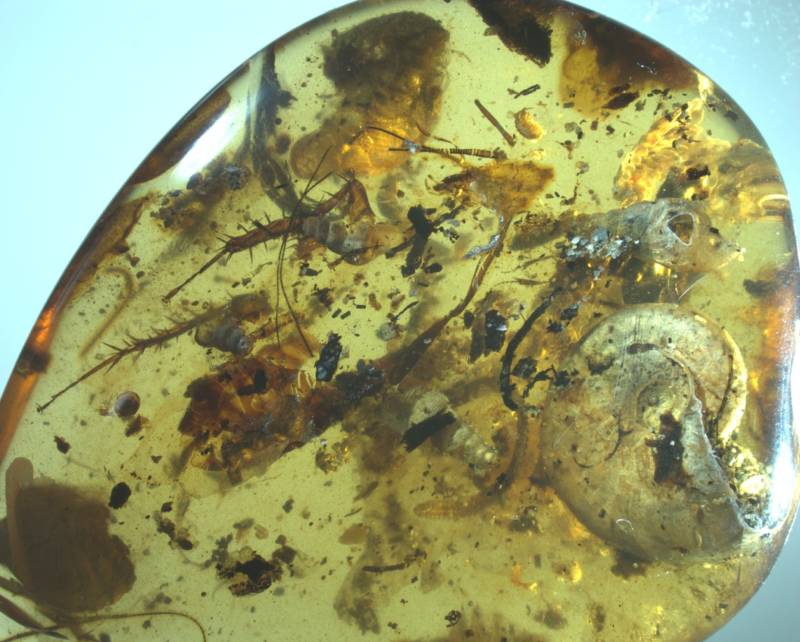 Nanjing Institute of Geology and PalaeontologyThe preserved ammonite and other specimens trapped in amber.

The preserved ammonite fossil was found in northern Myanmar, which is renowned for its extremely diverse amber-encased specimens. The fossil provides researchers with a way of studying these relatively mysterious mollusks that they have never had before.

Researchers believe that the ammonite fossil, which measures a little less than a half inch in shell diameter, is or was a juvenile specimen of the Puzosia Bhimaites variety that lived during the late Albian-early Cenomanian age.

Unfortunately, there were no soft tissue remains inside this ammonite fossil. The shell was partially damaged and the entrance into the shell was full of sand, suggesting that the ammonite had died before it became trapped inside the amber.

Alongside this ammonite, there were 40 other organisms that were trapped inside the same piece of amber, among them beetles, cockroaches, spiders, flies, and wasps along with other marine animals such as gastropods. 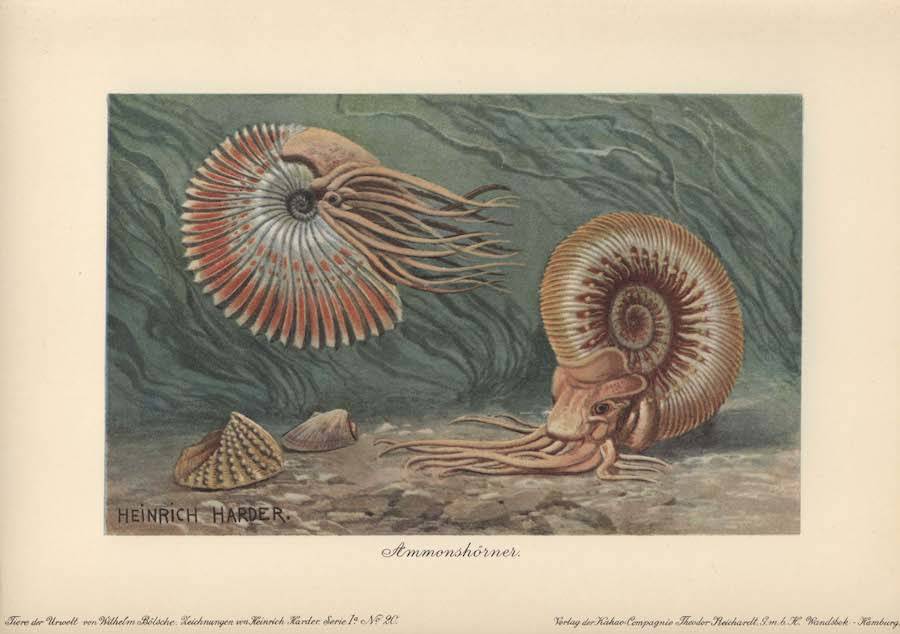 Heinrich Harder/Getty ImagesAmmonites (Ammonitida) are an extinct group of marine animals that went extinct with the dinosaurs.

Traditionally, fossilized organisms found in hardened gemstones have been land animals because the resin that makes the hardened amber comes from land-based trees. Based on this fact, it’s reasonable to assume that the ammonite and gastropods found in the amber may have washed up on to a sandy beach by the coastline before a nearby tree covered them in its resin.

Science Magazine reported that the ammonite fossil discovery came unexpectedly after a collector in Shanghai, China, bought it for $750 from a dealer who had claimed it was a land snail. It wasn’t until the “land snail” specimen was examined under the X-rays of a computerized tomography scanner by researchers that the shell revealed the internal chambers characteristic of an ammonite.

“We took several thousands of images and combined them together to get a 3D photo,” Wong explained, likening the scanner to a high-resolution hospital X-ray. “Micro-CT is also a non-destructive testing, so it does not destroy the amber.”

Ancient animal specimens locked in Burmese amber have become natural tools for paleontologists to uncover the mysteries of our world as it was some 100 million years ago. And researchers are now hoping that this ammonite fossil is no exception.

After this look at a preserved ammonite fossil, read about the fossilized dinosaur-like “sea serpent” that was found with a baby inside it. Then, learn about the prehistoric baby bird found incredibly well-preserved in amber.