The Angel Makers Of Nagyrév: The Women Who Poisoned Their Families In 1920s Hungary

In 1929, a mass poisoning plot was uncovered in a rural Hungarian town that saw 40 people murdered — and 34 women implicated as the so-called Angel Makers of Nagyrév. 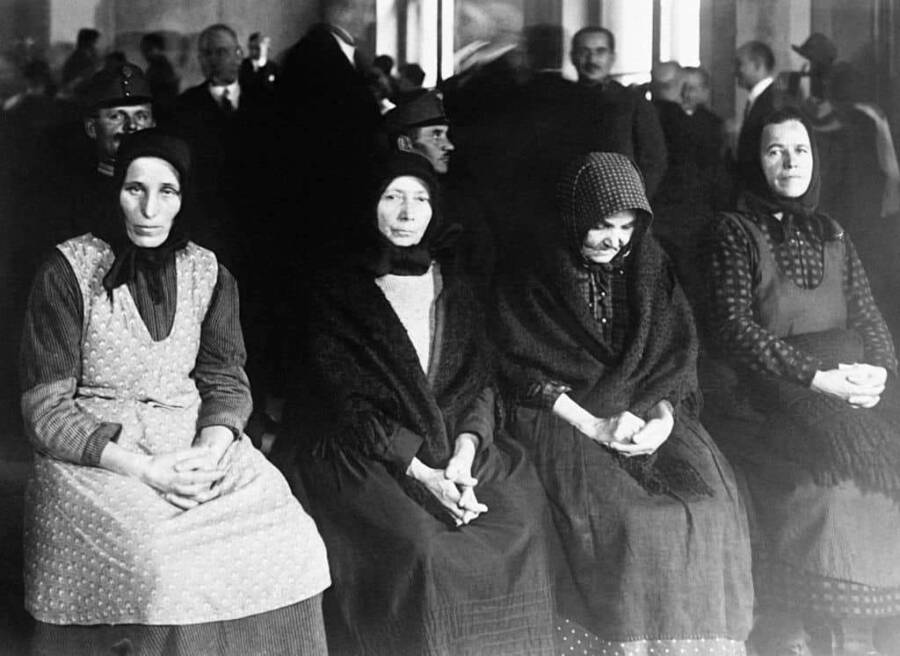 Keystone-France/Gamma-Rapho via Getty ImagesThe Angel Makers of Nagyrév poisoned their husbands, children, or brothers en masse in a small Hungarian village in 1929.

Between 1914 and 1929, a band of women now known as the Angel Makers of Nagyrév, Hungary, poisoned an estimated 40 men and children in their small village — though some estimate they killed closer to 300.

Led by a midwife named Zsuzsanna Fazekas, the widowmakers have remained little-understood by historians. Some have likened the killers to man-hating harpies while others have claimed that the Angel Makers were justified in their actions.

So were these women really crazed killers — or desperate to escape toxic relationships?

Zsuzsanna Fazekas, The Midwife Behind The Angel Makers

Being a woman has historically never been terribly easy, but being a woman in early 20th-century Hungary was a special kind of hell.

Typically married off as teenagers — sometimes as young as 14 years old — women weren’t free to choose their own husbands. And seeing as Hungary was a devoutly Catholic country, divorce was a non-starter even if the husband was an alcoholic, an abuser, or an adulterer.

There were those who tried to work around this stifling environment, including a middle-aged midwife named Zsuzsanna Fazekas, who performed at least 10 illegal abortions on desperate women between 1911 and 1921. 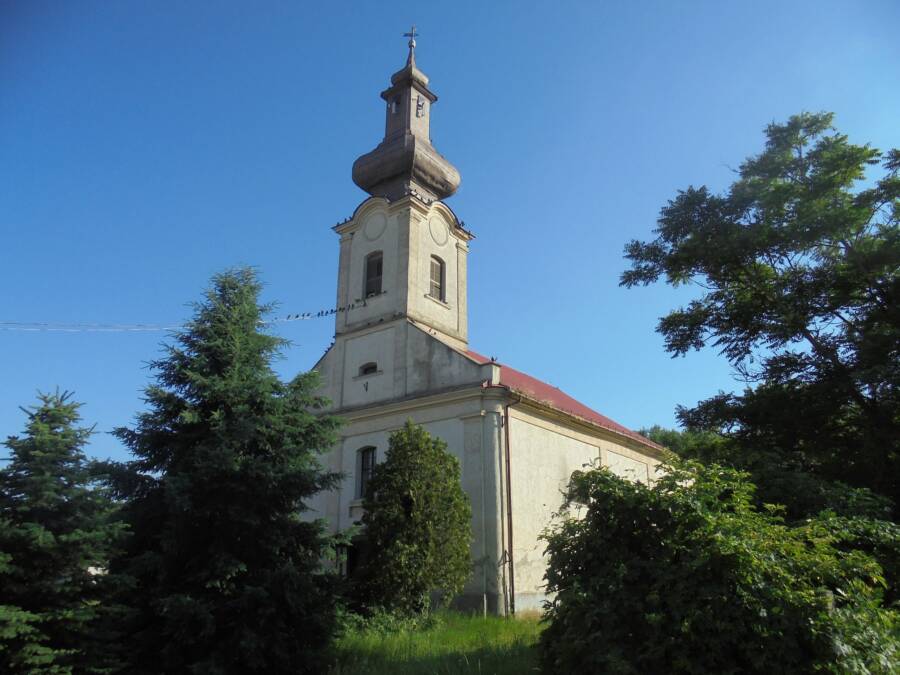 Wikimedia CommonsThe Hungarian village was built by the Nagyrév culture, a group of people who lived there during the Bronze Age.

Fazekas was arrested several times for these surgeries, but no charges against her ever stuck because judges at the time were well aware of the dire financial straits many families found themselves in as World War I approached.

But Fazekas might also have had a more sinister past than performing these procedures. Records show that she also went by the name Julia, a macabre tribute of sorts to her late husband, Gyula, whose unexplained disappearance remains a mystery to this day.

The Widow-Makers Of Nagyrév Fatally Revolt

As World War I began in 1914, as many as nine million men from the former Austro-Hungarian Empire were drafted to serve for the so-called “Triple Alliance,” and the death toll was staggering.

During the First World War, Nagyrév served as a Russian prisoner of war camp and many of the town’s women became “war widows” who began having affairs with the POWs.

But by the time their husbands returned from war, many women from Nagyrév had become financially and emotionally independent and unwilling to return to a life of subservience. But divorce was still not an option in the devoutly Catholic country.

Many of the younger women of the town thus turned to Fazekas for advice, and she allegedly replied “If there’s a problem with him, I have a simple solution.” 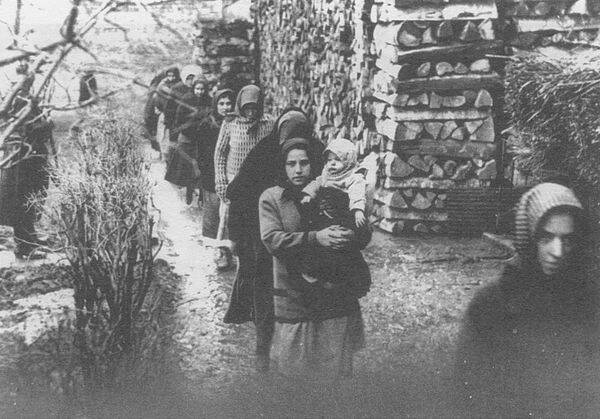 The “solution” Fazekas proposed was deadly arsenic — a common additive in makeup and medicine at the time. She reportedly first tried out the neurotoxin on a romantic rival, and when it proved successful, Fazekas found a perfect money-making scheme.

For a fee, Fazekas promised to rid these beleaguered women of their burdensome mates — a fee which all-too-many of them were happy to pay.

The Plot Of The Angel Makers Is Revealed

Fazekas was able to keep the grand scheme secret with the help of Susi Oláh, a woman who poisoned her husband when she was only 18 years old. The enterprising Oláh filed the death certificates of all the victims of the Angel Makers of Nagyrév, and none of the government officials were ever the wiser.

But the Angel Makers were discovered eventually, though how that happened remains unclear. Regardless of who pointed the first finger, Fazekas was ultimately named as the ringleader — but when the police came to arrest her, she was already dead, having taken some of her own arsenic to avoid prosecution. 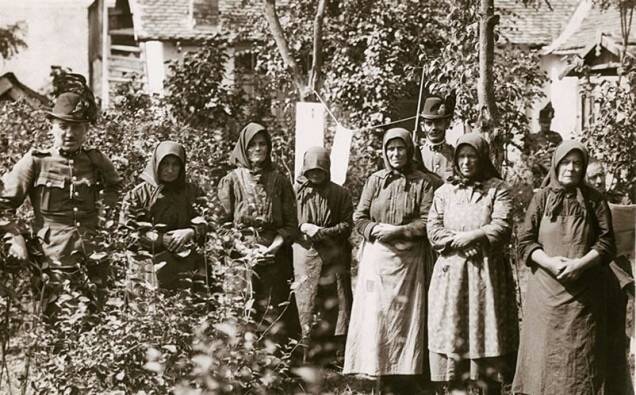 Wikimedia CommonsSome of the 40 or so women accused of poisoning their families.

In the end, nearly 40 corpses were exhumed in the case and all of them contained arsenic. Subsequent studies have suggested, however, that anywhere from 100 to 300 men were actually killed in the mass poisonings.

Thirty-four women and one man — all of whom were Fazekas’s clients — were arrested, prosecuted, and convicted of murder. Twelve of the perpetrators were sentenced to life imprisonment.

And while eight were sentenced to death, only two were ultimately executed.

There was, however, one good thing to come out of these killings. In 2005, Maria Gunya — who was a little girl when her father was called to investigate the Angel Makers of Nagyrév — described the paradigm shift that took place after the bodies were exhumed. “The men’s behavior to their wives improved markedly,” she said.

Now that you’ve read all about the Angel Makers of Nagyrév, read about Giulia Tofana, another serial poisoner who offered desperate women a deadly option. Then, read about Madame de Montespan, the Versailles socialite said to dabble in black magic.