The crusaders likely died sometime around the 13th century after losing control of the city of Sidon. 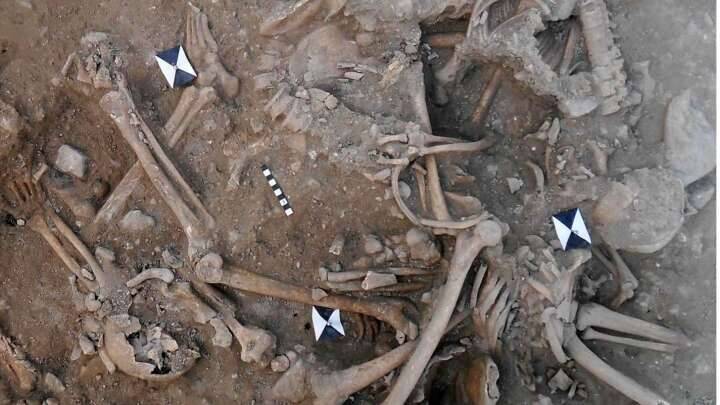 Between 1096 and 1291, waves of Europeans took up arms and marched to the Middle East. They hoped to “retake” the Holy Land. But a great number of these Christian crusaders never came home, and a mass grave discovered in Lebanon offers gruesome proof of their violent deaths.

Archeologists discovered the mass grave within the dry moat of Sidon Castle. It contains the remains of at least 25 men and teenagers, whose chipped and charred bones give a hint about their violent ends.

“When we found so many weapon injuries on the bones as we excavated them, I knew we had made a special discovery,” said Dr. Richard Mikulski, an archeologist with Bournemouth University who excavated and analyzed the remains.

Dr. Piers Mitchell, of the University of Cambridge, a crusader expert on the project, agrees.

“So many thousands of people died on all sides during the Crusades,” he noted, “but it is incredibly rare for archaeologists to find the soldiers killed in these famous battles.

“The wounds that covered their bodies allow us to start to understand the horrific reality of medieval warfare.”

Indeed, the remains showed a “high prevalence of unhealed sharp force, penetrating force, and blunt force trauma consistent with medieval weaponry,” according to the journal PLoS ONE. Archeologists also found a crusader coin and a “Frankish belt buckle” among other small artifacts.

Further DNA and isotope analysis confirmed what the archeologists had suspected — the skeletons were European men who had fought, and died, during the Crusades. 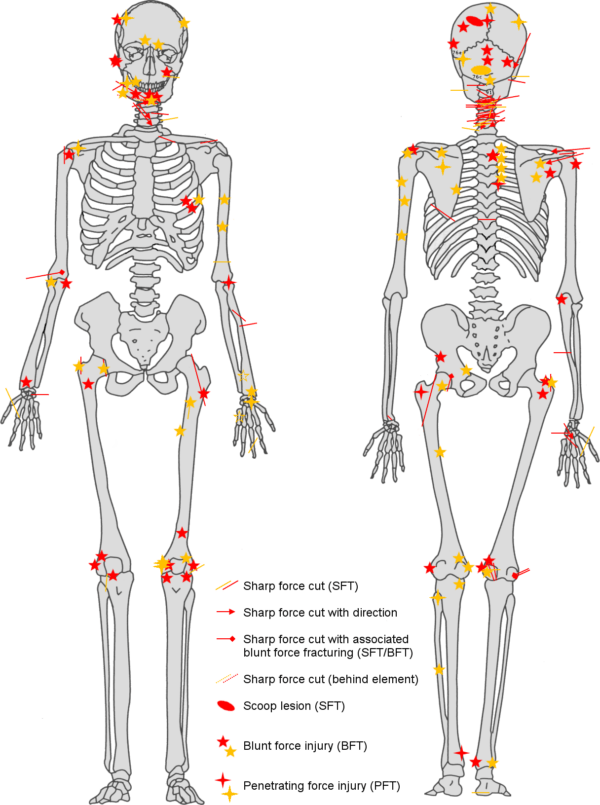 Archeologists believe that the men died sometime around the 13th century. Though Christian crusaders had succeeded in taking the Lebanese city of Sidon in 1110, they failed to hold it. Mamluk troops attacked and destroyed the city in 1253 and Mongol troops ravaged the rest in 1260.

During one of these two battles, attacking forces obliterated the Crusaders.

“All the bodies were of teenage or adult males, indicating that they were combatants who fought in the battle when Sidon was attacked,” explained Mikulski. Their ages likely ranged from 15 to 66.

Though hundreds of years have passed, the Crusaders’ skeletons offer grisly hints about how they died. Some have injuries to the backs of their bodies, suggesting they were killed as they fled. Others have sword wounds on the back of their necks, indicating that they were captured alive and executed by decapitation.

“The majority of the sharp force lesions are indicative of heavy bladed weapons such as swords and axes,” noted the article in PLoS ONE. It went on to say that some injuries seem “compatible with a blow from a spiked mace.”

But once the battle ended, and the dust settled, the Crusader’s bodies were left to rot. They remained in the hot sun, unburied, possibly for some time. Eventually, records suggest that fellow Crusaders came across the city and buried the men.

“The way the body parts were positioned suggests they had been left to decompose on the surface before being dropped into a pit,” explained Dr. Mark Smith, also of Bournemouth University. “Charring on some bones suggests they used fire to burn some of the bodies.”

Certainly, the discovery of the mass grave is significant because of its rarity. Archeologists are hopeful to use the remains of the Crusaders to learn more about life (and death) in the Middle Ages.

But this grave is notable for another reason as well. Mitchell notes that King Louis IX of France was on a crusade himself when the city of Sidon fell in the 13th century.

“He went to the city after the battle and personally helped to bury the rotting corpses in mass graves such as these,” Mitchell explained. “Wouldn’t it be amazing if King Louis himself had helped to bury these bodies?”