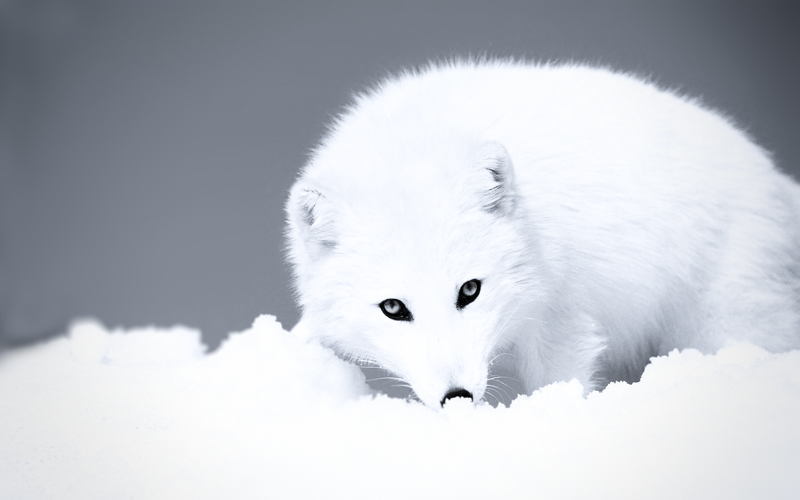 Despise wearing fifteen layers and snow boots for three months out of the year? Try living in the northernmost part of the Earth. The Arctic is a polar region defined by midnight suns and polar nights, and encompasses the Arctic Ocean and parts of Alaska, Canada, Finland, Greenland, Iceland, Norway, Russia and Sweden. It rarely gets above 50 °F in most of the region. 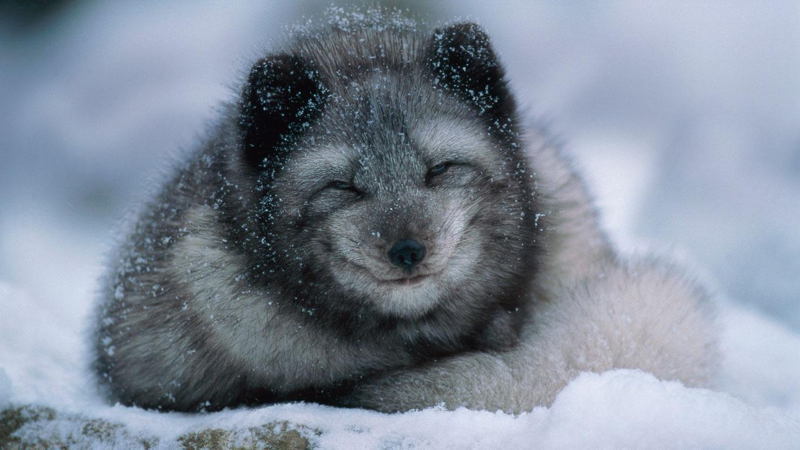 The Arctic is a rich ecosystem with a variety of animal life that has adapted to its extreme conditions. From color changing coats to layers of blubber, these animals are prepared for the coldest of winters. Source: Blogspot 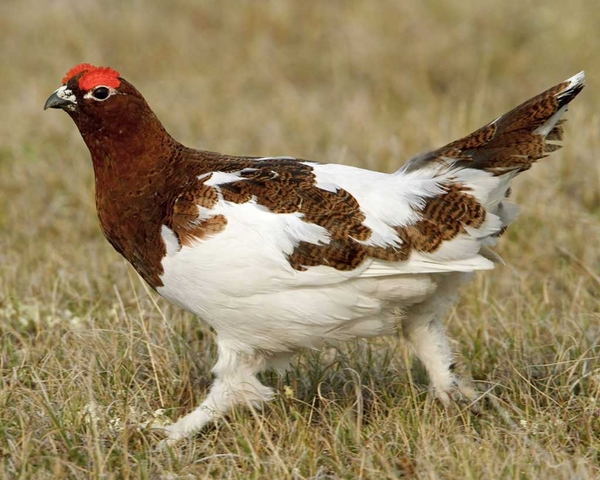 While most feathered friends abandon the Arctic in the winter, the ptarmigan sticks it out. Feathered feet act like snowshoes and keep the ptarmigan warm in the snow. Source: Audubon 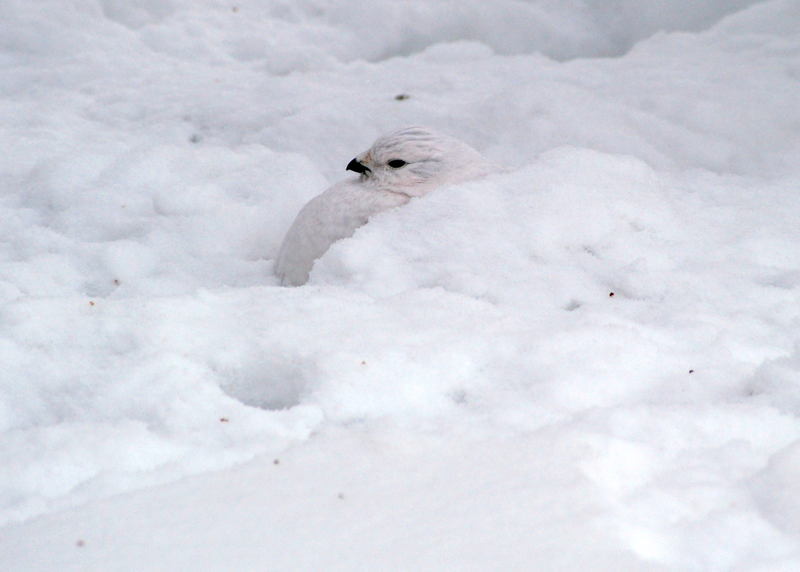 Their feathers also change to a beautiful white in the winter to camouflage them from predators like the arctic fox, wolves and wolverines. These birds molt several times a year to match the seasonal colors of the tundra. Source: Wikimedia 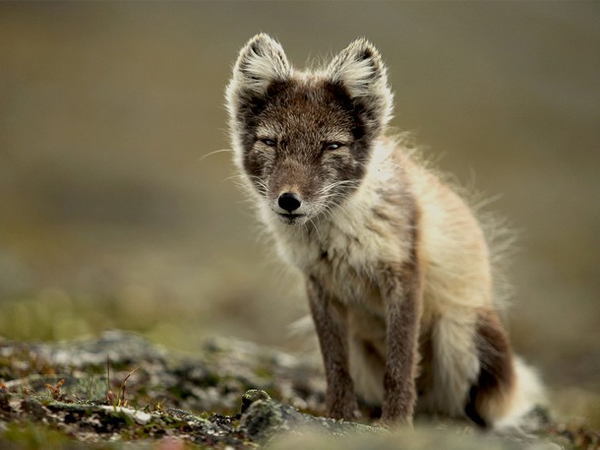 The arctic fox is about the size of a house cat, but twice as tough. They will kill over 100 lemmings a day just to feed their families. Source: National Geographic 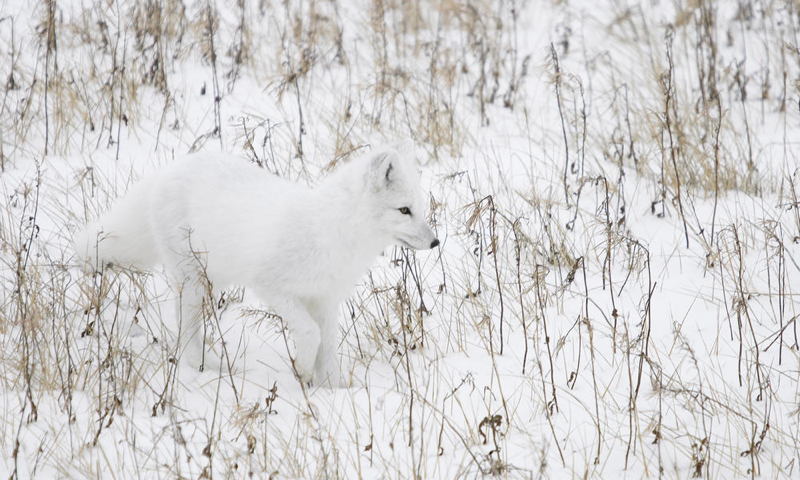 Their coats get thicker and turn white in the winter to hide them from polar bears, as this little critter will track them and steal away bits of their prey. Source: World Wildlife Fund 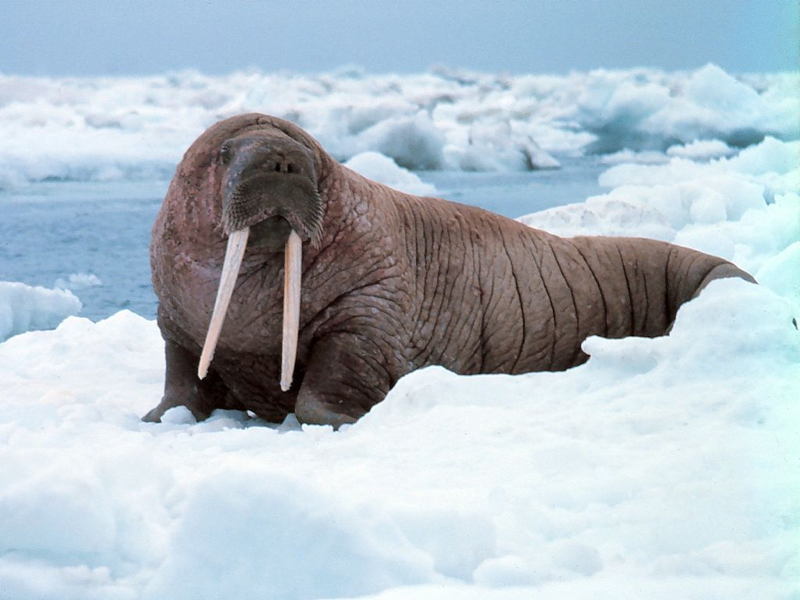 The walrus doesn’t turn white for the winter, but at its size, it isn’t as worried about hiding from predators. Its only predators are wolves and orcas. Source: Wikipedia 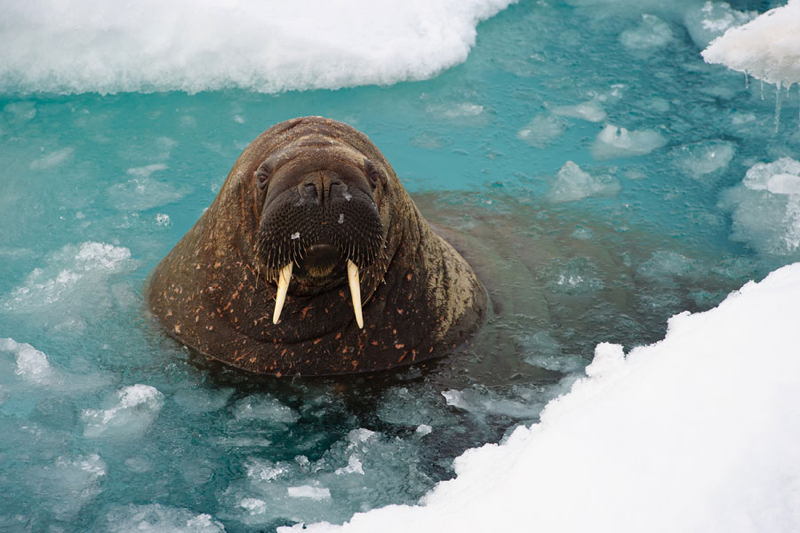 The walrus’ thick layer of blubber protects it from the freezing cold, and its tusks allow it to pull its heavy body out of the water. As for the walrus’ flippers, their grooves help the walrus grip the snow. Source: Sierra Club 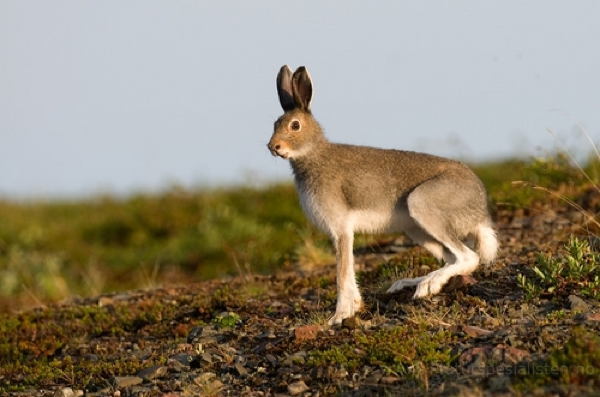 The arctic hare is a five to ten pound food source for many other animals, including the Arctic wolf, lynx and ermine. It has adapted for survival, however, being able to run up to 40 mph. Source: Naturspesialisten 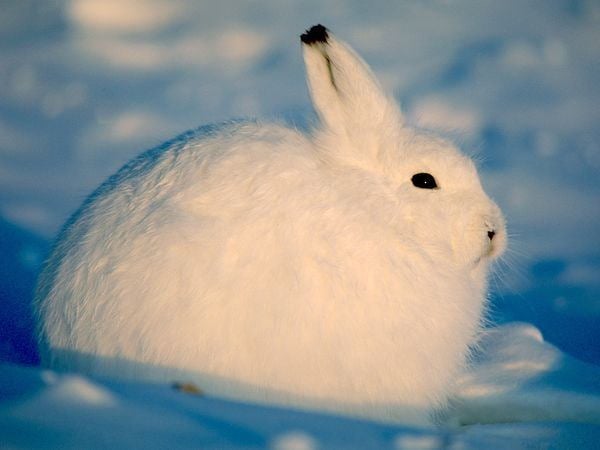 The hare’s coat changes to a brilliant white in the winter, except in the far north, where it’s white all year. They have long claws used for digging up vegetation and defense. Source: National Geographic 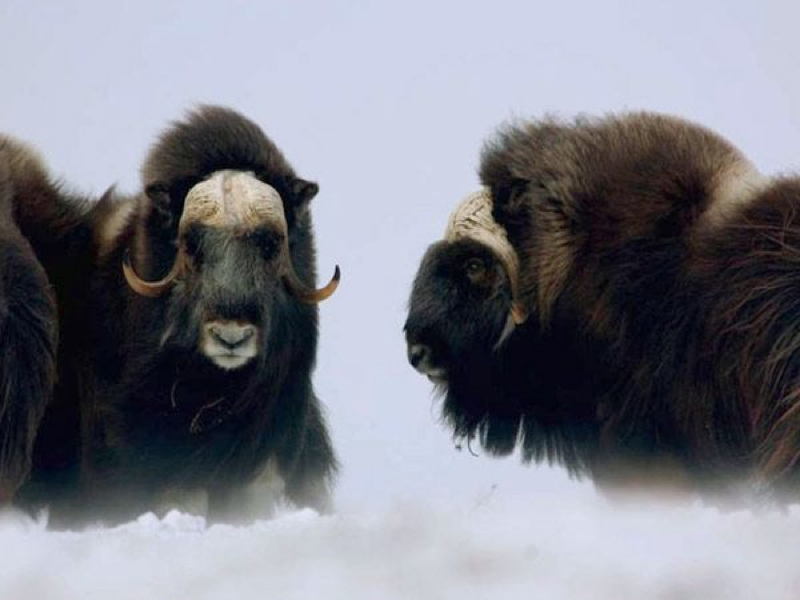 The musk ox emits—you guessed it—a musky scent during mating season, but their other adaptations are more impressive. They have a thick double coat to protect them in the snow and horns to defend against wolf attacks. Source: National Geographic 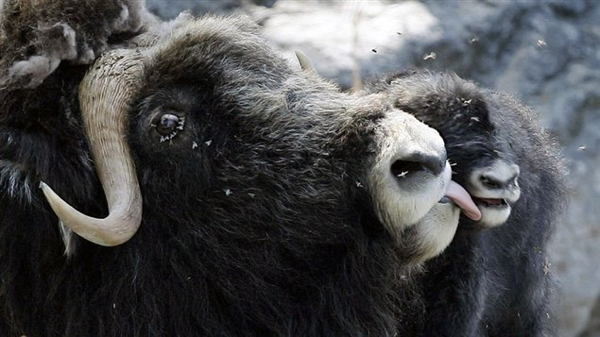 Musk oxen are an important part of the regional economy. Their wool is used to make sweaters, hats and coats. Their meat also remains an important staple among communities in the Arctic. Source: RCI Net 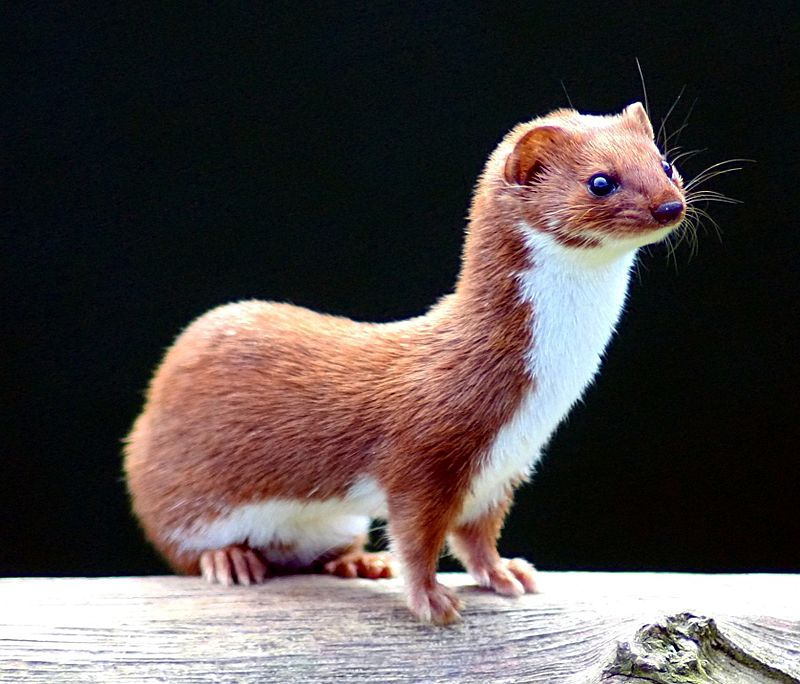 The ermine is the scrappiest of all Arctic animals, known for taking down arctic hares and lemmings by going for the neck. Source: Wikipedia 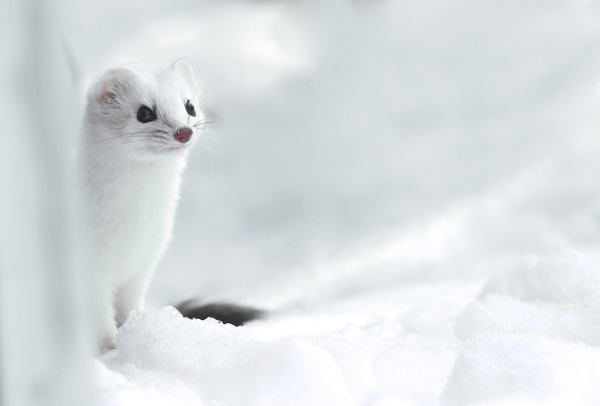 Even though it’s a supreme fighter, the ermine faces predation, so its winter coat keeps it hidden in the snow. White ermines have often been associated with royalty because of their use in fur coats. Source: The Photo Naturalist 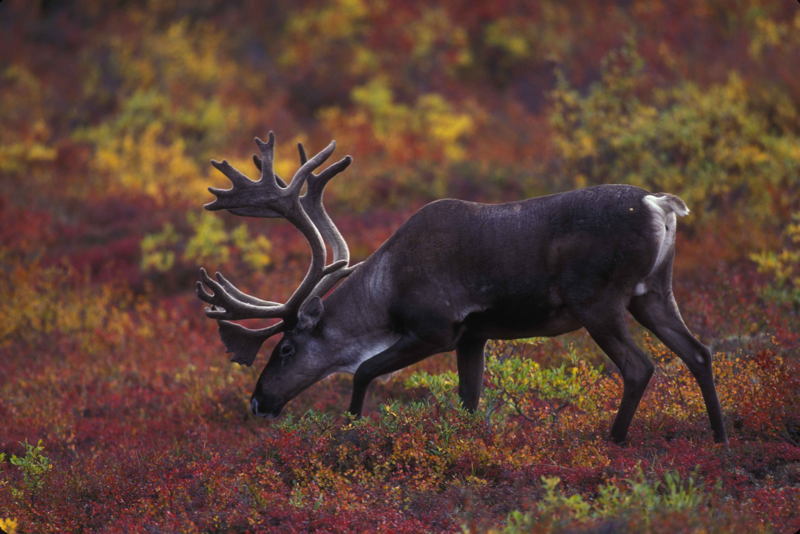 Caribou or wild reindeer are nothing like Rudolph, except for the antlers, which they use for defense. They have wide hooves that help them navigate the snowy tundra. Source: Driver Layer 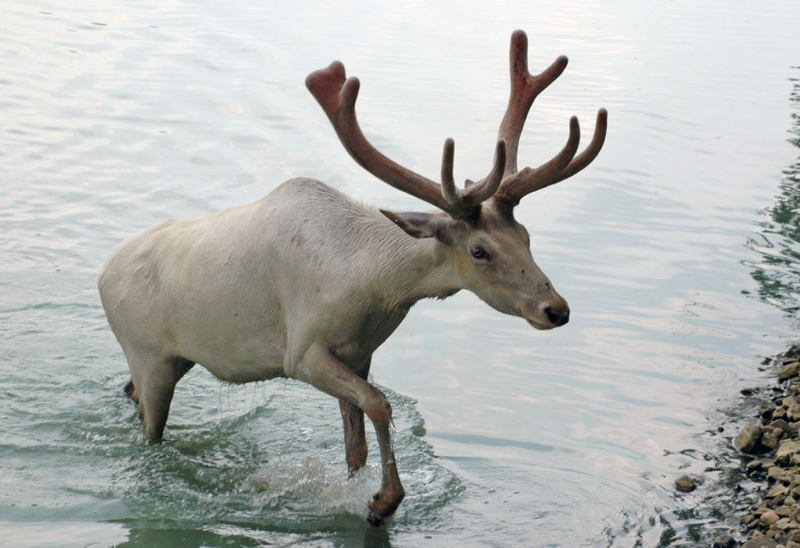 In the winter, their coats grow thicker, providing protection against temperatures that can reach minus 70 degrees. Their hair is also hollow, which acts as a lifejacket during stream crossings and conserves body heat. Source: Wikipedia 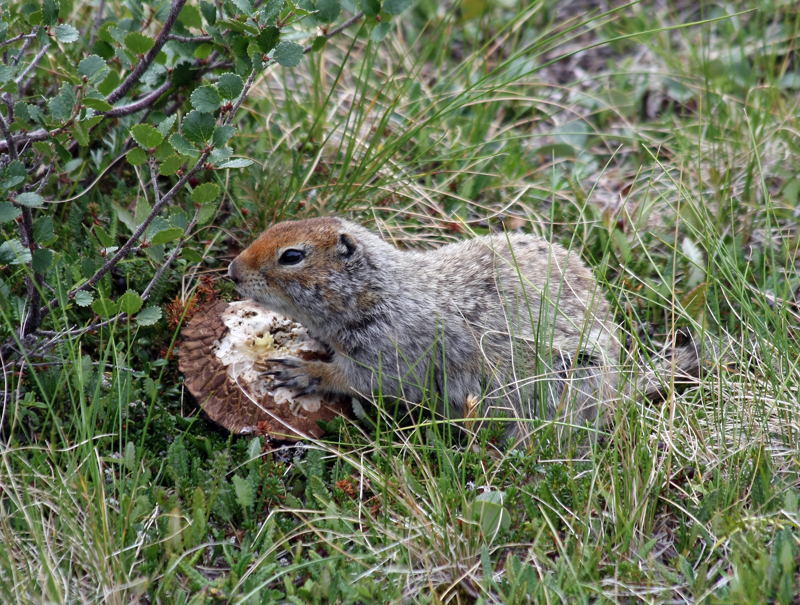 The ground squirrel doesn’t change color during winter; it hibernates for seven months instead. When it does, its brain drops to just above freezing and its body temperature goes sub-zero. Source: Wikimedia 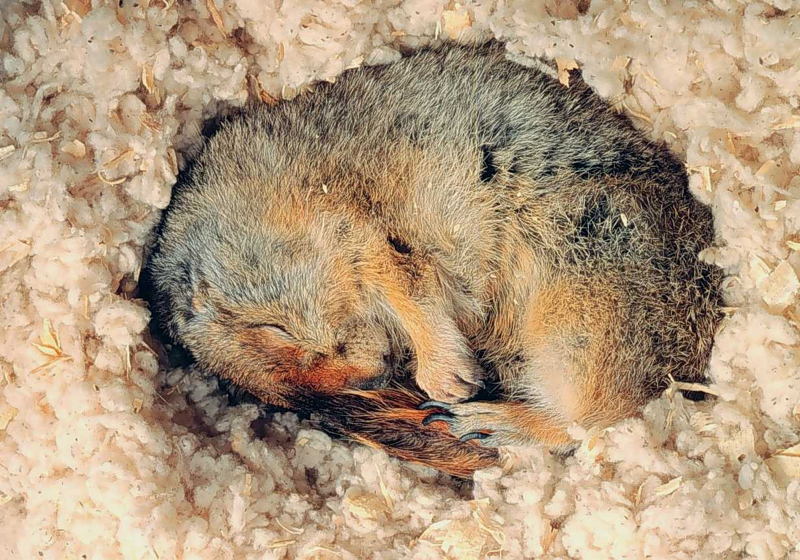 Along with the ptarmigan, the snowy owl is another bird that remains in the Arctic the entire year. With fluffy, feathery feet, giant talons and keen eyesight, they are suited for hunting on the snowy tundra. Source: Whales Worldwide 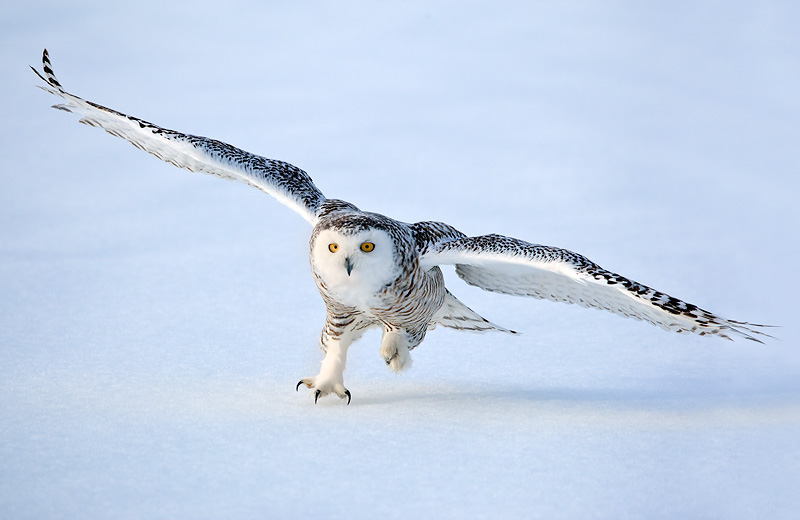 Their feathers are perfectly adapted to hunting because they have a small slit in them that allow the owl to fly silently. The owl will also eat carrion and isn’t picky about its meals. Source: Resources 4 Rethinking 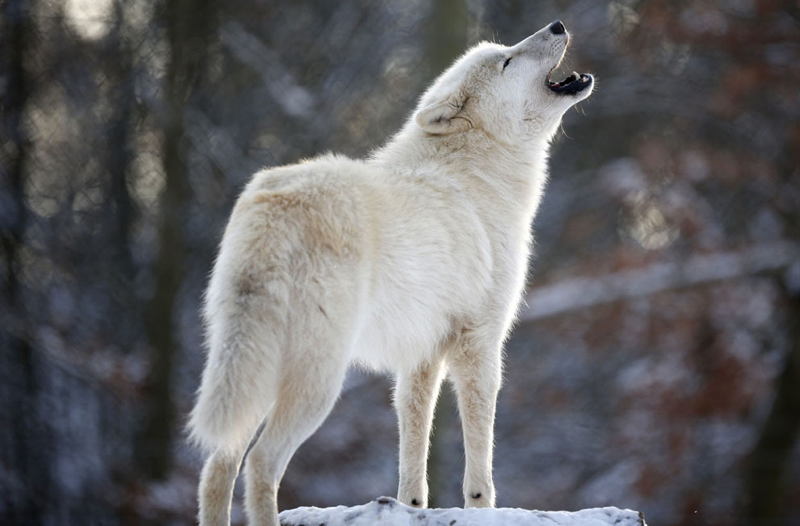 The Arctic wolf is a subspecies of the grey wolf, but usually white in color. Small ears and short muzzle trap body heat in the extreme cold, while their white coat hides them in the snow. Source: The Atlantic 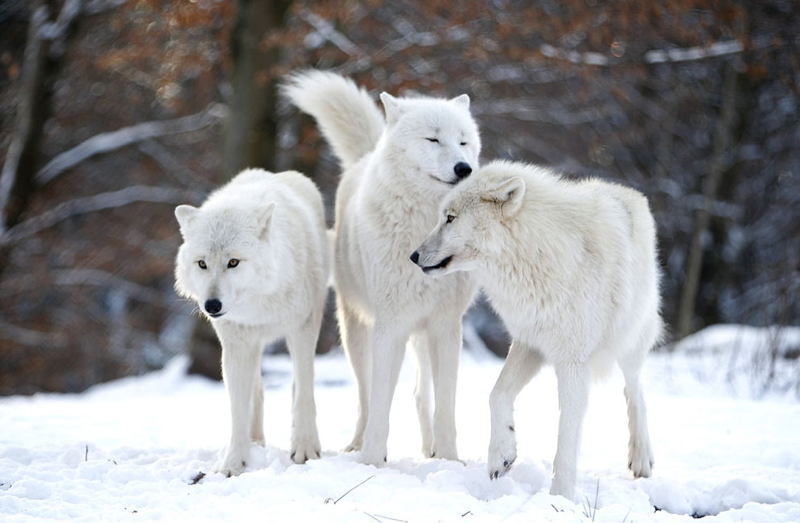 Unlike other wolves, the Arctic wolf is born with dark eyes that act like sunglasses and limit the glare off of the stark white environment. Source: The Atlantic 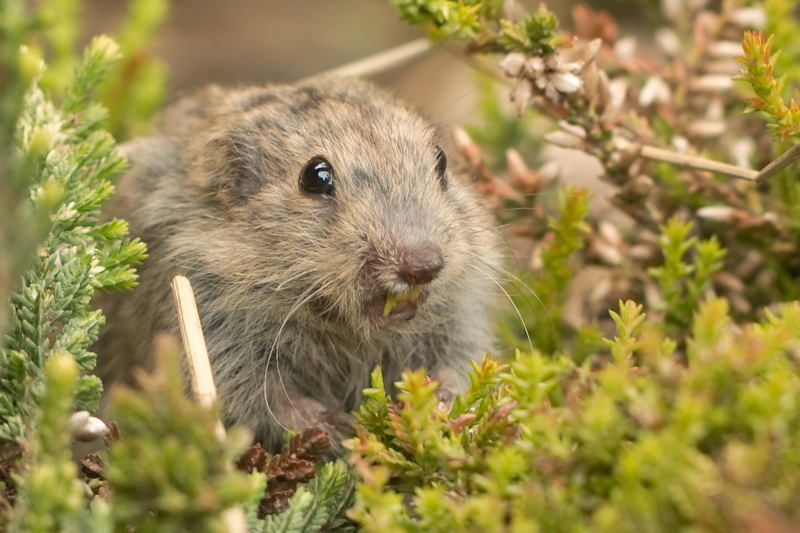 The lemming is a fat little rodent with a reputation for leading others off of cliffs. This behavior is just a myth. In fact, lemmings are quite solitary creatures, joining with others only for mating. Source: Wikimedia 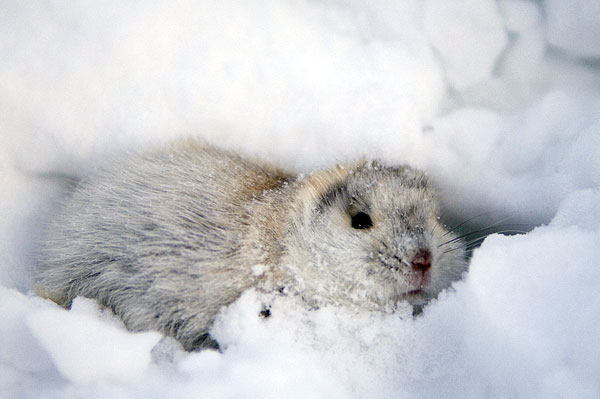 Lemmings grow lighter in the winter to disguise themselves in the snow, since they are a favorite food for most of the animals on this list. Source: Wiki Spaces 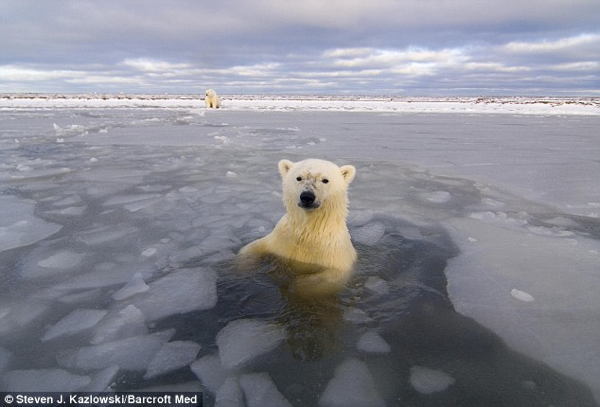 The polar bear is a semi-aquatic carnivore that hunts on land and in the frigid ocean. Polar bears have hollow hair shafts that are pigment free and reflect the snow around them, making them appear whitest in the sunlight. Source: The Atlantic 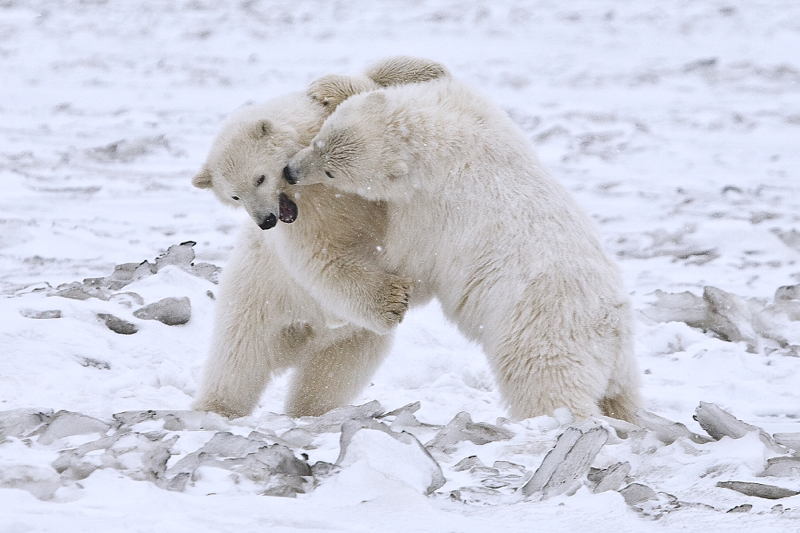 Their huge feet function as built-in snowshoes, and their 4-inch thick layer of fat keeps them warm in the water. These adaptations make them the perfect mascot for cold weather living. Source: Wikimedia

Next, discover some of the most fascinating facts about Arctic animals.