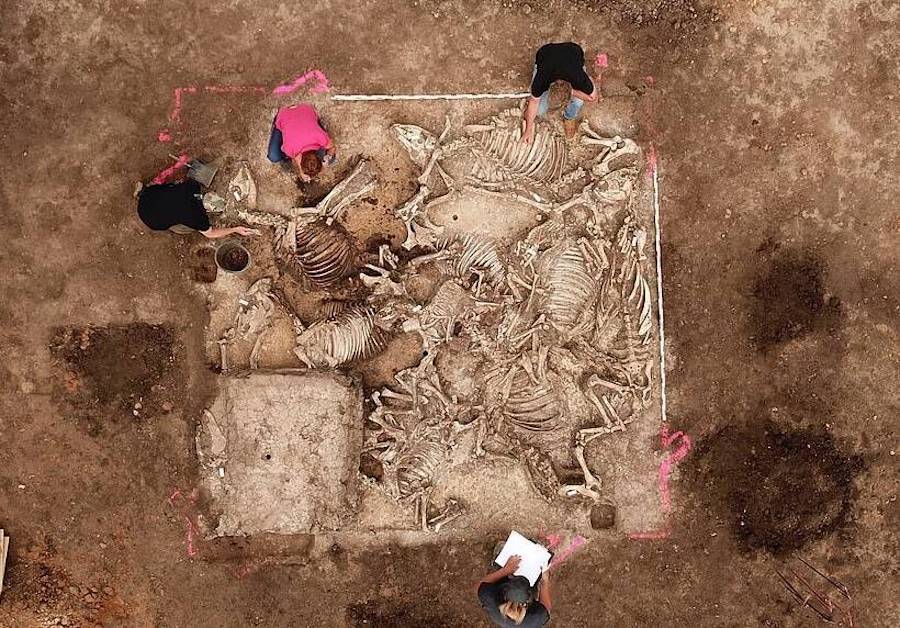 In Germany, researchers have made what may be one of the most intriguing archaeological discoveries in the country in the last 40 years. Eerily enough, it involved an ancient Germanic death cult.

The cult’s burial complex was found in Saxony-Ahalt near Brücken-Hackpfüffel, and appeared to have been constructed to honor a high-ranking lord. Estimated to be around 1,500 years old, the tomb was arranged in a rather peculiar fashion — with a central cauldron encircled by the human remains of six women. Stunningly, this ancient site was found by mere chance during the construction of a chicken farm.

Among the fossilized bones were the remains of animals, including cattle, dogs, and horses. Researchers from the State Museum of Prehistory in Halle also found gold and silver artifacts. Interestingly enough, an additional 40 to 60 graves were found surrounding the tomb. However, experts are especially intrigued by the missing remains of the central figure. 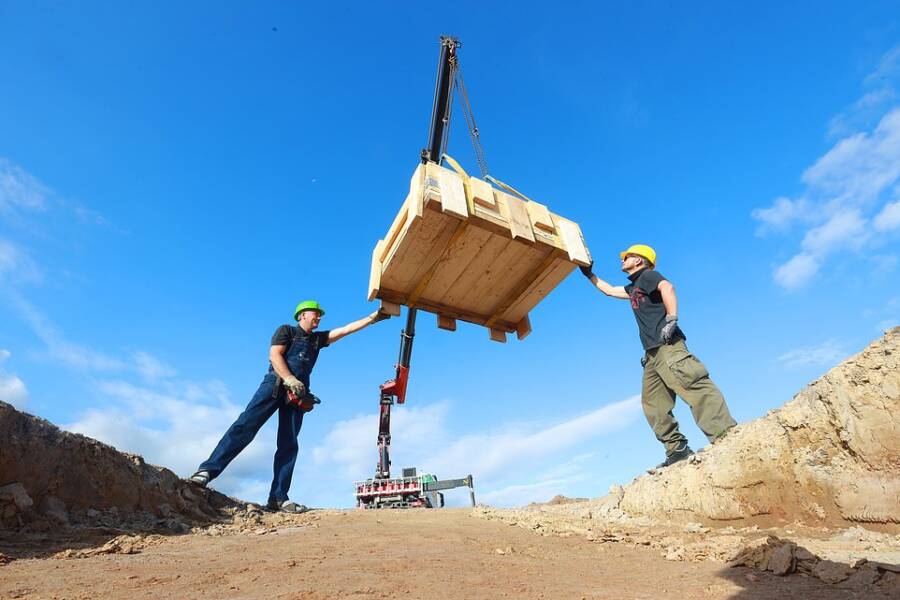 “We haven’t found the prince himself yet,” said Susanne Friederich, an archaeologist of the Halle museum. “But maybe his ashes are in the bronze cauldron.”

The research team has since speculated that the central burial was built on a mounded tomb, and that the six outer graves were added later. Why six women were buried around that central individual — or who he was — remains unclear. But there are some promising theories.

The six women may have been concubines of the lord — or simply enthusiastic devotees. They may have even killed themselves to accompany the central figure in death. Their exact cause of death wasn’t immediately clear. 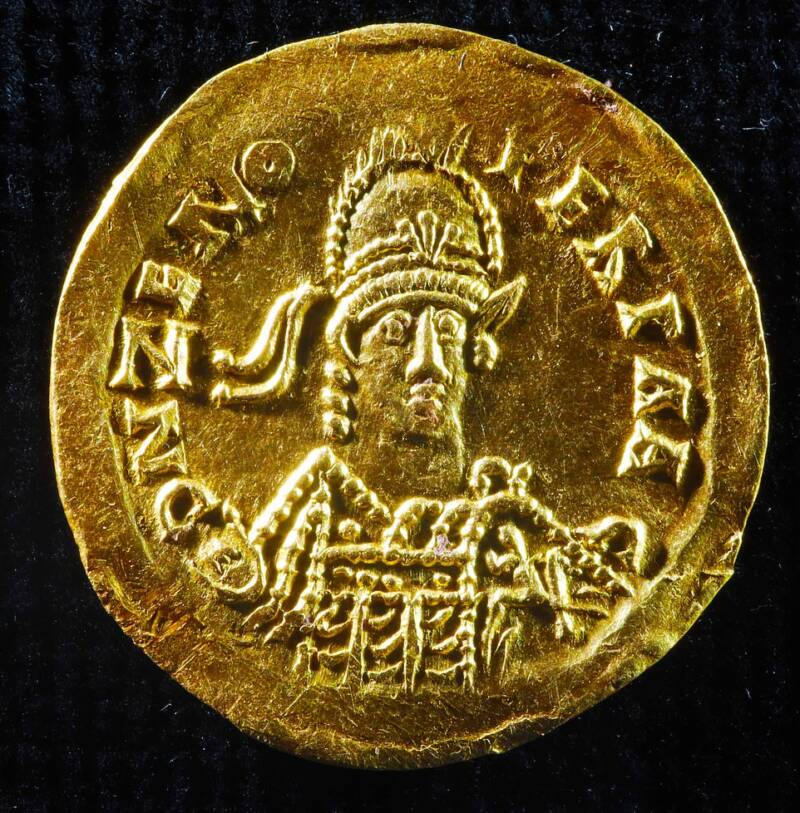 The burial date was estimated to be between 480 and 530 A.D., which means that the burial likely occurred around the time of the fall of the Roman Empire. This meant that Germanic tribes would’ve been invading former Roman territories at the time.

Some other archaeological discoveries within the complex yielded more clues, such as vestment clasps, which were attributed to a German presence. Furthermore, an iron sword and shield and a gold coin depicting Eastern Roman Emperor Zeno were also discovered at the site.