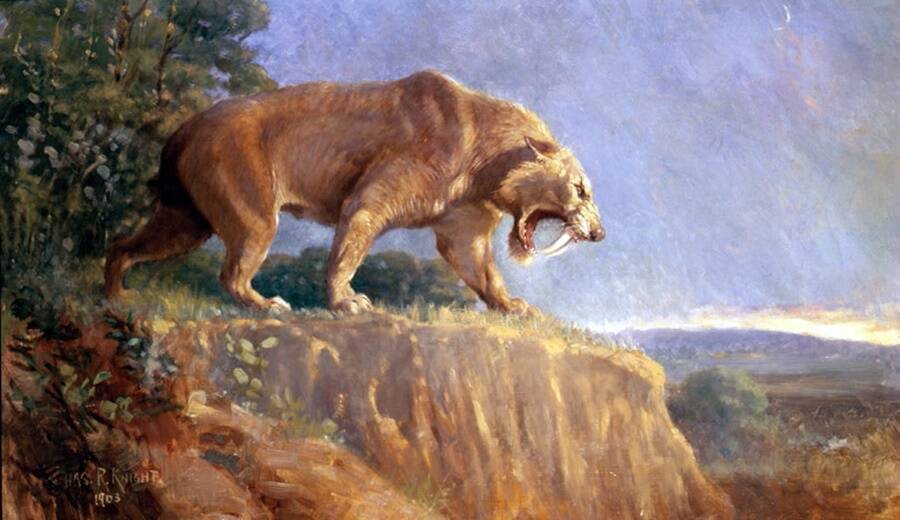 Wikimedia CommonsAn illustration of the Smilodon populator, which has now been estimated to have weighed up to 960 pounds.

Before the Pleistocene era ended 11,700 years ago, South America was overrun by enormous predators like the Smilodon populator — which was one of the biggest cats to ever exist. Scientists knew this prehistoric saber-toothed tiger was big, but they didn’t have a clear understanding of just how gigantic it could be — until earlier this year.

The first fossils of these creatures were dug up in Brazil in 1842, so we’ve known of their existence for quite some time. But only in 2020 did experts examine the saber-toothed tiger skull of a specimen that dwarfed all previous examples. Found in Uruguay in 1989, this 16-inch skull had been kept in the archives of the country’s National Museum of Natural History.

This particular creature was estimated to have weighed about 960 pounds when it was alive. That not only surpasses any estimates previously put forth by scientists but also means that these saber-toothed tigers could have hunted prey that were even bigger than them.

“I thought I was doing something wrong,” said Aldo Manzuetti, a doctoral student in paleontology at Uruguay’s University of the Republic. “I checked the results a lot of times, and only after doing that I realized I hadn’t made any mistakes.” 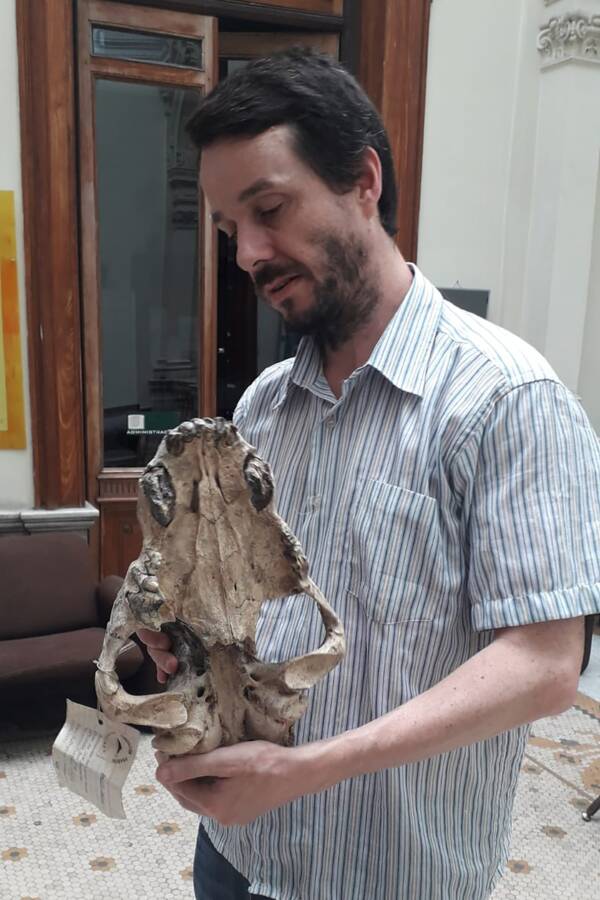 Manzuetti and his team officially published their findings in the Alcheringa journal, which described how South America was once full of large predators. From jaguars and lions to giant ground sloths and the Arctotherium — the biggest bear in recorded history — it was an oasis of incredible beasts.

“We’ve always wondered: Who could take down a giant ground sloth?” said Kevin Seymour, a paleontologist at Toronto’s Royal Ontario Museum. “If Smilodon is getting this big, there’s a potential for it to be taking down these giant adult herbivores.”

While it certainly seems plausible that the enormous predator fed on herbivores like giant sloths, that might’ve depended on the animal’s hunting methods. If its methods resembled anything like those of big cats today, hunting much larger prey might’ve been out of the question.

But the S. populator did have an upper paw that its modern relatives don’t: They could have used their razor-sharp sabers to slice the larger prey in a vulnerable area and watched them bleed out. And if this species hunted in packs, this would’ve given them an even better chance.

There’s still a lot to learn about these impressive animals. What has been proven once and for all, however, is that this beast once weighed nearly half a ton — a remarkable archaeological discovery in and of itself.