Argentina Is Preparing For The Worst Locust Swarm In 60 Years 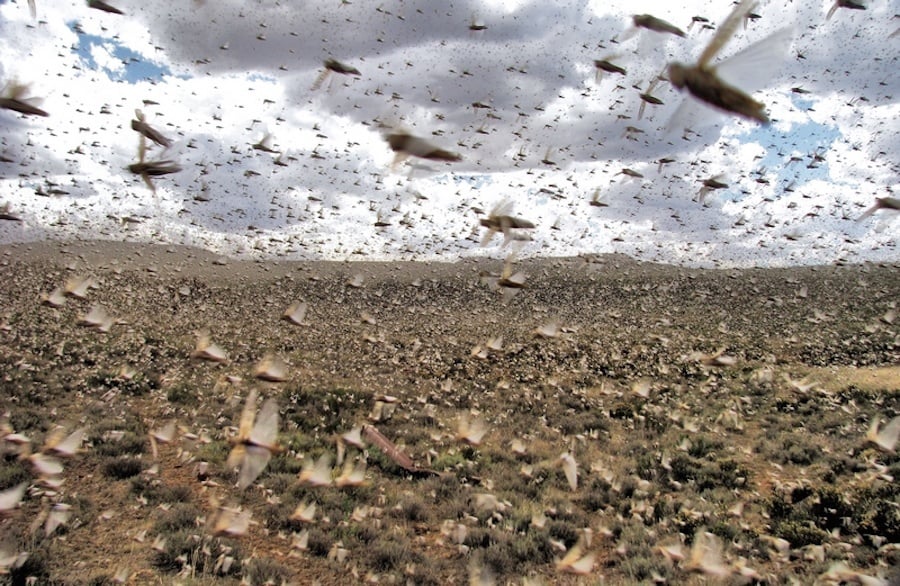 A locust storm of Biblical proportions is revving up in Argentina, and the country’s agricultural authorities have no idea if they will be able to stop it. Argentina hasn’t had a locust infestation this bad in more than 60 years–the swarm has taken over a chunk of land around the size of Delaware–and at this point, Argentina is just trying to mitigate the potential damage.

The good news is that the majority of the Argentina locust swarm’s number can’t fly yet. The bad news is that when they develop into a swarm of adults, they can number anywhere from 40 to 80 million locusts per square kilometer (a little less than half of a square mile), each locust eating up to its own body weight every single day. Argentina experienced a taste of this last year when a smaller mass of locusts–only 4 miles long and 2 miles high–decimated the country’s crops.

And while a nimiety of locusts may sound like the stuff of fairy tales and ancient history, locust storms can be truly devastating to the point of being considered a natural disaster.

Locusts, like their similar-looking cousins the grasshopper, can be solitary, peaceful insects. Wet winters and warm summers perfect for locust breeding, however, initiates what is known as the gregarious phase. They congregate, each locust only being around two inches long and the height of a paperclip, into a mobile eating machine. Whole farms disappear and grasslands used for cattle grazing are diminished.

It’s nearly impossible to get rid of a locust swarm once it has started. A swarm of desert locusts in 1954 crossed all the way from northwest Africa to Great Britain. A United Nations’ Food and Agriculture Organization put out a statement last November warning that climate change will exacerbate the locust problem in Africa. Clearly, Argentina is being impacted as well, as seen by this video taken within the country.

Devastation on that level is exactly what Senasa (Argentina’s main agricultural agency) is trying to avoid. Officials reported that they have taken out 66 pockets of young locusts in dense Argentine forests before they grew into their wings. Unfortunately that is just a drop in the bucket. Locusts develop from larvae to flying adult in only ten days, and once they are airborne, Argentina would need to take the fight to the skies as well by dispensing clouds of chemicals into the air.

“We don’t know exactly where we’re at,” Juan Pablo Karnatz, a member of the Rural Confederations of Argentina, told the New York Times. “We may have contained some pockets, but it’s not a definitive victory. If they fly, it could be disastrous.”