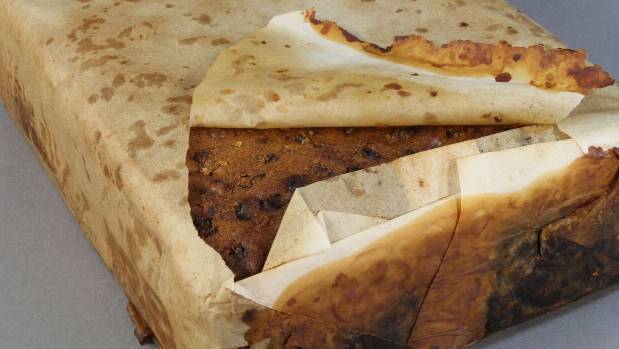 No one likes the person who brings a fruitcake to the Christmas party.

But what if it was a perfectly preserved 106-year-old fruitcake?

I can’t decide if it would make it better or worse, but conservationists from the Antarctic Heritage Trust now have that option.

They recently discovered what they approximate to be a 106-year-old fruitcake, left wrapped in paper, inside a metal tin, on a shelf, inside a Cape Adare hut that was used by explorer Robert Falcon Scott’s crew in 1911.

Though the cake looks good enough to eat (if you’re into fruitcake, that is), researchers refrained from taking a bite.

“It didn’t smell that fresh, but it looked edible,” Lizzie Meek, the trust’s artifacts manager, told The Press. “It certainly smelt off…a bit like rancid butter.”

Even so, it is the oldest fruitcake ever discovered “for obvious reasons,” Meek said.

“Most people don’t carry a whole fruitcake to Antarctica and not eat it.”

Though the tin was badly deteriorated and the paper was beginning to decompose, they deduced that the cake was made by Huntley & Palmers — a British sweets company that still going strong today. 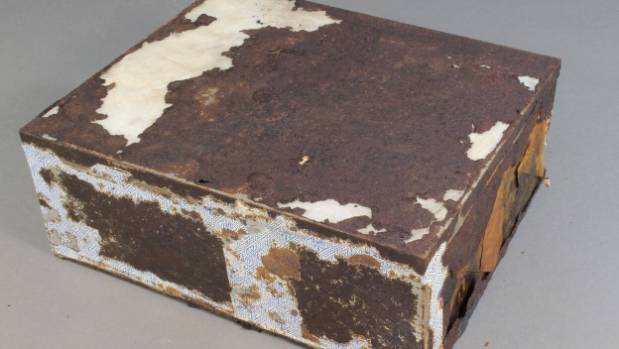 It makes sense that Scott would have packed a cake.

“It’s an ideal high-energy food for Antarctic conditions, and is still a favorite item on modern trips to the Ice,” Meek said.

The cold and icy conditions of the region helped preserve a lot of the 1,500 artifacts the trust has uncovered during its Cape Adare expedition. The huts they’re exploring were the first buildings ever constructed in Antarctica.

Along with the cake, they found some meat and fish (which were actually pretty gross, apparently) and some “rather nice looking” jams.

They plan to return the salvageable items to the region for explorers of the future to uncover.

“The goal is to leave objects as found,” Meek said. “It could very well last another hundred years.”

Next, check out the world’s oldest coloring book that was recently discovered in Missouri. Then, read about how Alice Cooper recently found an Andy Warhol masterpiece in his old stuff.