Sgt. James Hines slammed Maggie Thomas onto the concrete — in front of her four-year-old daughter — and punched her in the face. Nineteen seconds later, he deployed his stun gun.

Per ABC News a video surfaced recently showing a white Atlanta police sergeant dragging a black woman out of her car, slamming her to the ground, and tasing her.

The May 1 incident quickly escalated when Sgt. James Hines slammed Maggie Thomas onto the concrete — in front of her four-year-old daughter. Nineteen seconds later, he deployed his stun gun.

Atlanta police officials say they were made aware of the incident on May 10 and subsequently initiated an investigation. Sgt. Hines apparently believed his actions were justified, as he detailed slamming, tasing, and punching Thomas in his police report.  Hines has been fired and prosecutors have dropped all charges against Thomas.

“Following its investigation, the Office of Professional Standards determined that the force used during the arrest was unnecessary and inconsistent with Atlanta Police Department training. Subsequently, Sergeant Hines was dismissed from employment on May 17, 2019.” 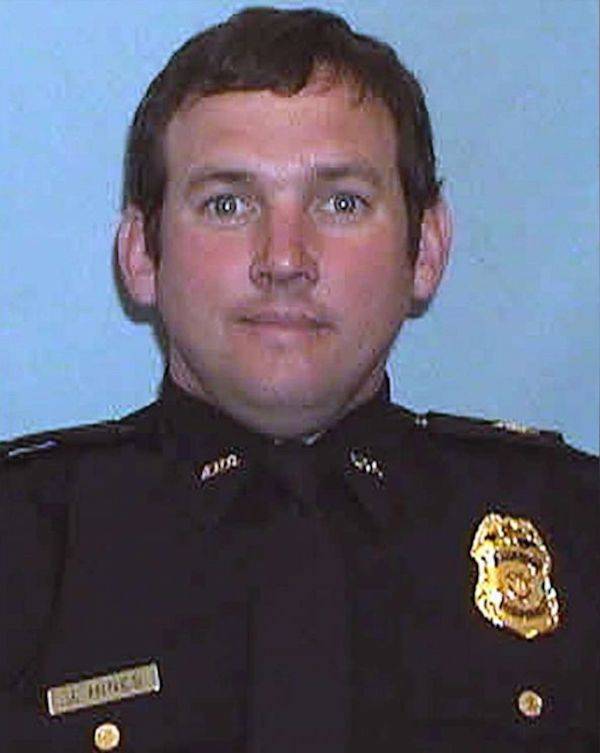 Atlanta Police DepartmentSgt. James Hines claimed in his report that Maggie Thomas bit his hand before he punched her. Thomas denies biting him.

Thomas said the series of events began when Hines pulled her over and approached the driver’s seat with a litany of questions, when the situation rapidly worsened. With her child in the car, the sergeant yanked her out of her vehicle and assaulted her.

According to Sgt. Hines’s police report from that evening, what started as a mere reminder that Thomas’s car’s registration had expired escalated into a violence.

“I asked Ms. Thomas if the car was hers and she said it was,” Hines wrote in his incident report. “I then told her that the car had no insurance and to make sure that she did not drive it.”

Hines claimed that she became “agitated” and said “there shouldn’t be a white officer harassing her” before asking for his supervisor’s name. According to Hines, he provided her with that information and went about his way. 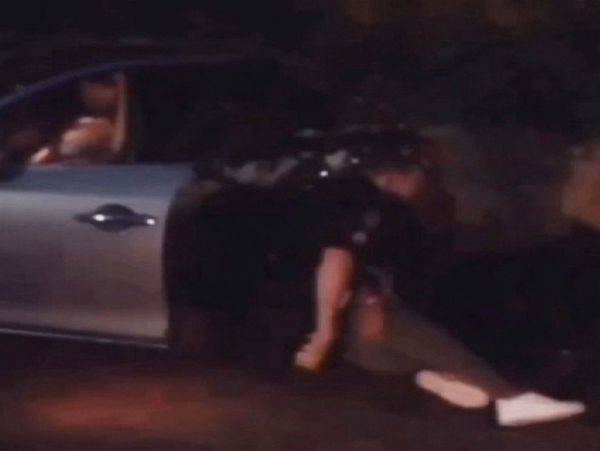 Attorney Gerald GriggsAfter footage of the incident surfaced, the Sgt. James Hines was fired from the Atlanta Police Department. All charges against Thomas have been dropped.

“As I got a block or so away I began to wonder why she became so agitated at my mere presence and ran her name,” he wrote.

His search resulted in notice of a warrant Thomas had for failure to appear in court for a speeding ticket. The sergeant subsequently returned to her car and asked for her driver’s license.

Frustrated with the seeming harassment, Thomas refused. Then things got out of hand.

“I then took Ms. Thomas to the ground and she still refused to give me her right hand,” Hines wrote. “I took out my Taser and drive-stunned her in the back. She then began to comply and I eventually was able to get both hands cuffed.”

An interview with Maggie Thomas’s attorney, Gerald Griggs, on the May 1 incident.

Hines claimed that she “bent over and bit my right hand” as he was walking her to the car.

“I immediately punched her in the face and she fell to the ground,” he wrote.

Thomas says she never bit the officer’s hand, and her attorney, Gerald Griggs, says punching a woman in the face over a speeding ticket was fundamentally preposterous. “She wasn’t driving,” says Griggs. “She hadn’t been driving and he made contact with her twice.”

The attorney explained that when Hines approached Thomas for the second time, she told him, “I just gave you my name when you ran everything the first time.”

“She starts asking him what’s the warrant for and then her baby, the 4-year-old, latches onto her and he Tasers her,” says Griggs, adding that his client was punched in the left eye. 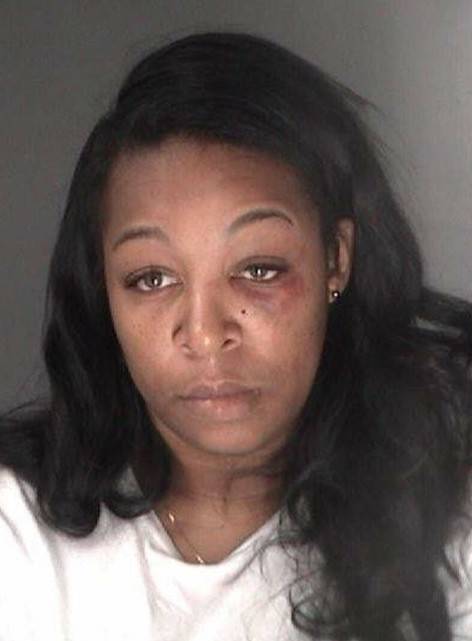 Fulton County JailMaggie Thomas’ attorney says she still has headaches and is undergoing counseling for her traumatic police encounter. Her daughter is receiving counseling as well.

Ideally, the volatile relationship between U.S. police forces and the citizens they’re meant to protect and serve will one day reach a point where violence is a last resort — to protect people.

After watching an Atlanta police officer punching a woman in the face and Tasing her over a speeding ticket warrant, check out 55 photos of the Civil Rights Movement. Then, learn about the mass reindeer murder happening in Siberia.