A recent mass poaching poses an additional threat to the reindeer population. 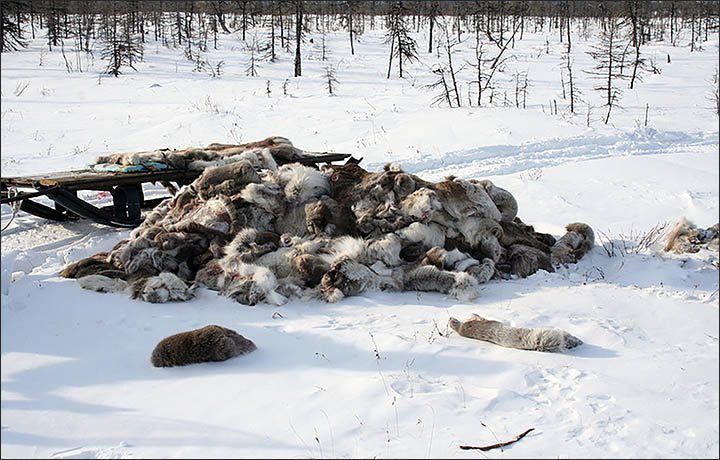 Santa might face a worker shortage this year, as 20,000 reindeer were recently slaughtered in Siberia.

The mass poaching, which was uncovered by the World Wildlife Foundation (WWF) in Russia, took place in 800 locations along a 930-mile route.

Investigators found 300 deer carcasses in the forest — indicating that the well-armed poachers didn’t bother to aim before firing at the herds.

There’s only one reason for the brutal and illegal killings, the director of the Central Siberian Reserve said:

“We expected that poaching exists in the region, but the reality is horrific,” one WWF employee said. 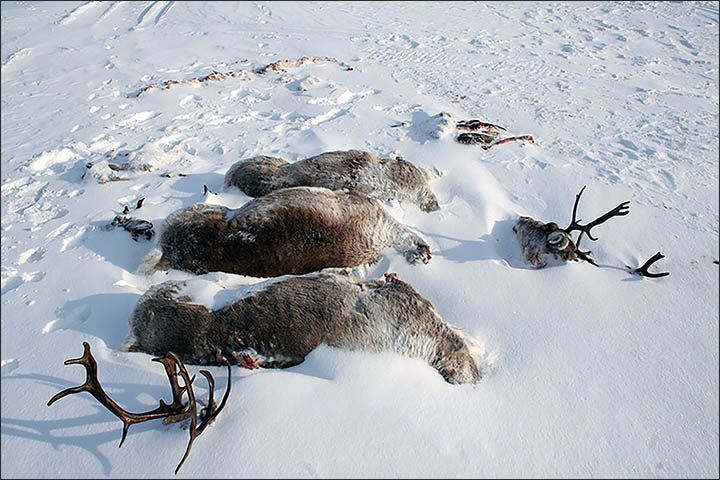 The poachers often cut out the animals’ tongues — which appear to be a popular food item among Siberian populations — or chop off their horns and leave the rest behind. Unlike their deer cousins, both male and female reindeer grow horns.

Resources for conservation groups and anti-poaching measures are limited in Russia, but they hope to take measures this year to crack down on the blatant poaching.

The particular reindeer being targeted are part of the Taimyr herd — a group famous for being the largest in the world. 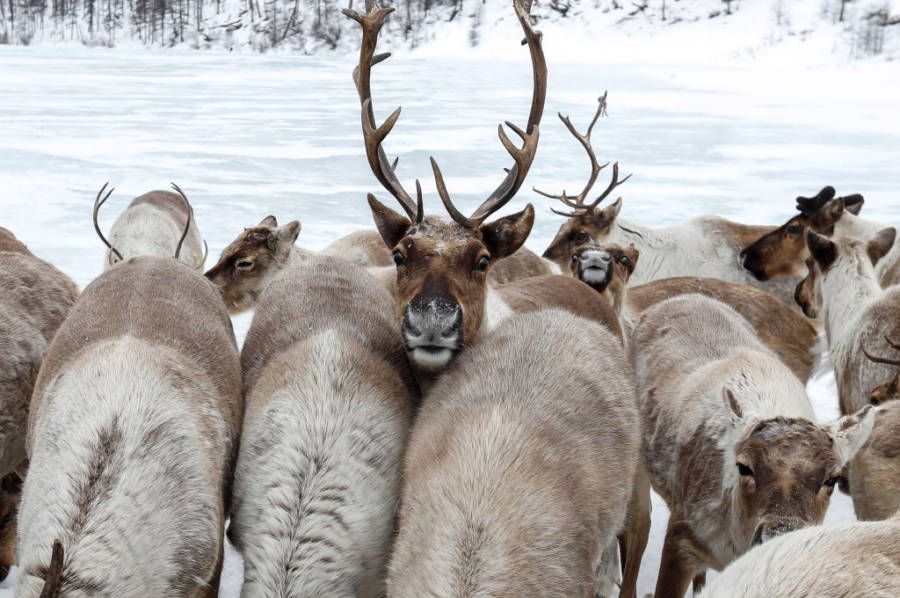 Along with the threats from poaching, scientists say the reindeer are being affected by climate change, as increased temperatures have altered their migration patterns.

Attempting to avoid heat, growing mosquito populations and human activity, the animals travel to higher and higher altitudes, cross ever-expanding rivers, and search for food that is increasingly hard to come by as biodiversity in the region shrinks.

“They now have to travel much longer distances to reach those areas with their newborn calves, and that means there is an increase in calf mortality,” Andrey Petrov, the head of the Arctic Center at the University of Northern Iowa, said. 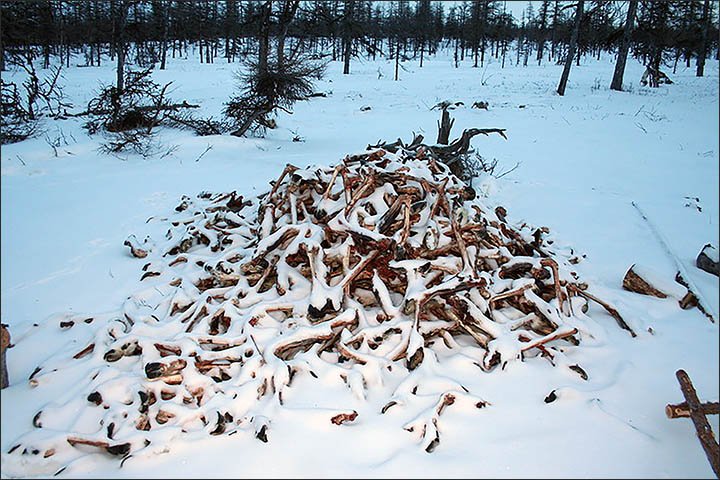 Experts fear that at this rate, the population size may be as low as 150,000 by 2020 — a loss that would sorely impact the ecosystem as well as the economics of a human population that depends on the regulated use of the animal.

“Thousands and thousands of people rely on wild reindeer; it is the basis of their subsistence economy,” Petrov said. “So it’s about human sustainability too.”

Next, read about how giraffes are on their way to “silent extinction” due to American trophy hunting. Then, learn the sad reason why Siberia’s “Doorway to the Underworld” is growing.