The Bajau People: “Sea Nomads” Of The Far East

The Bajau people have long lived on the waters of Southeast Asia, where they've evolved into sea-dwelling beings with bodies like no other humans on planet Earth. 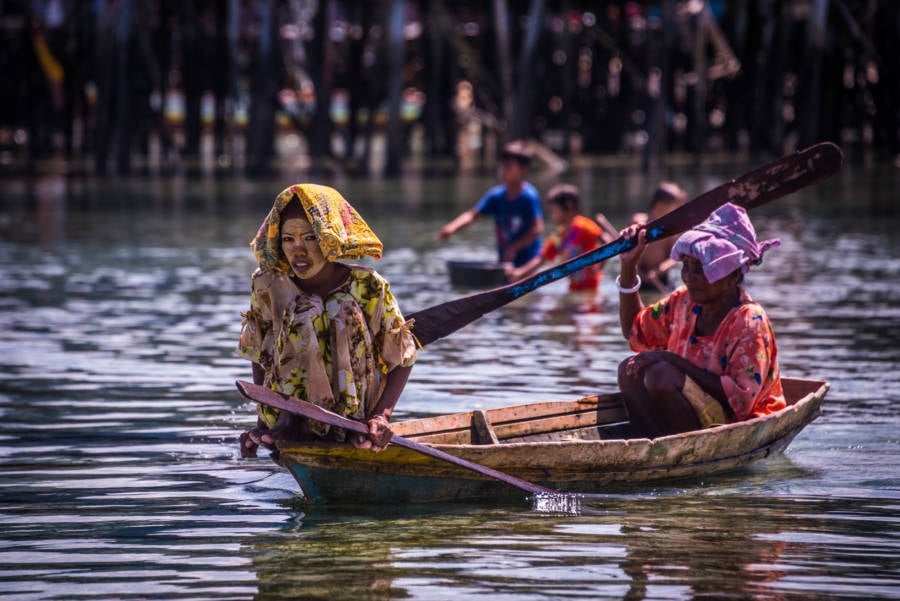 They live on the waters of Southeast Asia, dwelling in boats and living off the sea with hardly even a homeland that they call their own. They have little sense of time and age — hardly any clocks, calendars, birthdays, and the like for them. And they’ve even evolved for life on the sea, with internal organs and body capabilities unlike our own.

They are the Bajau people, sometimes called “sea gypsies,” and they’re unlike any other humans on all of planet Earth. See for yourself how they live in the gallery below: 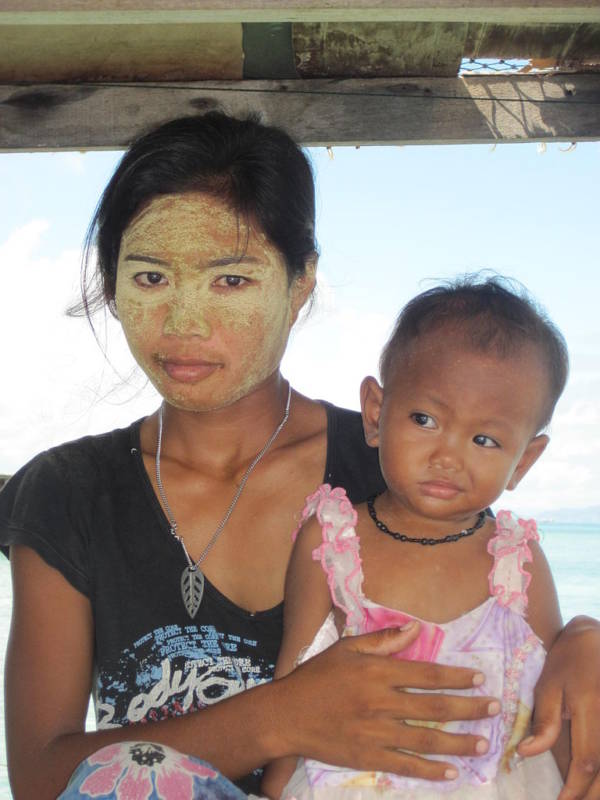 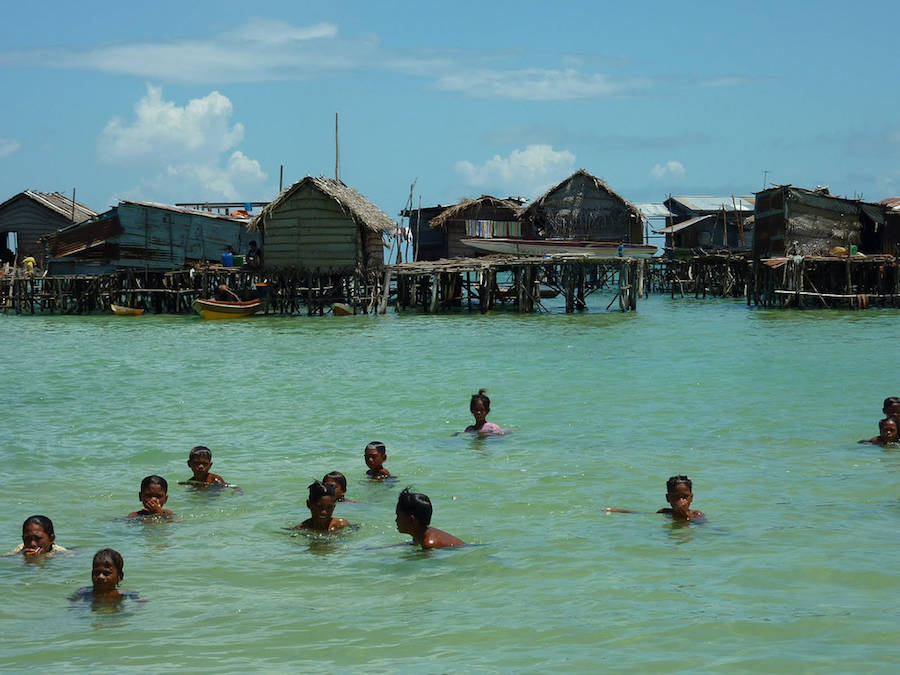 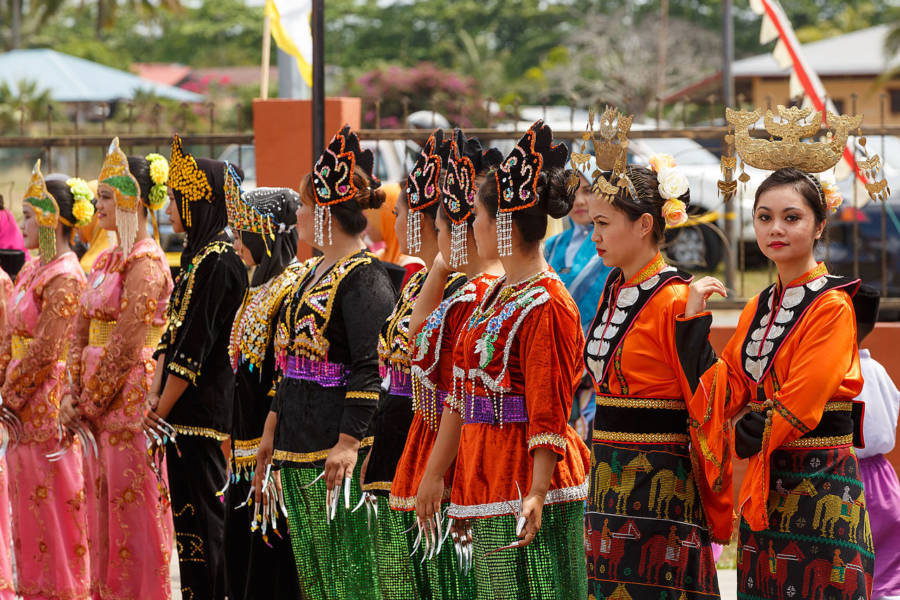 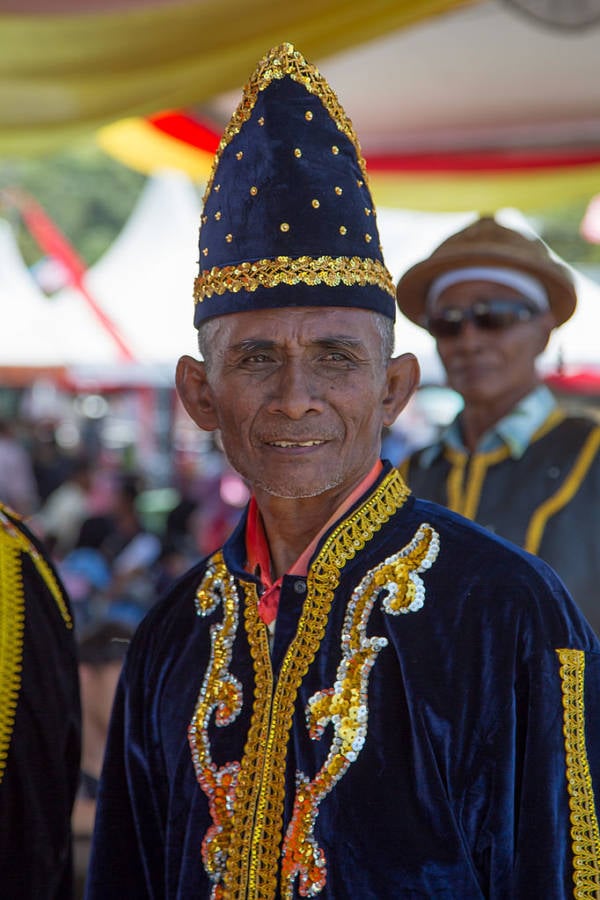 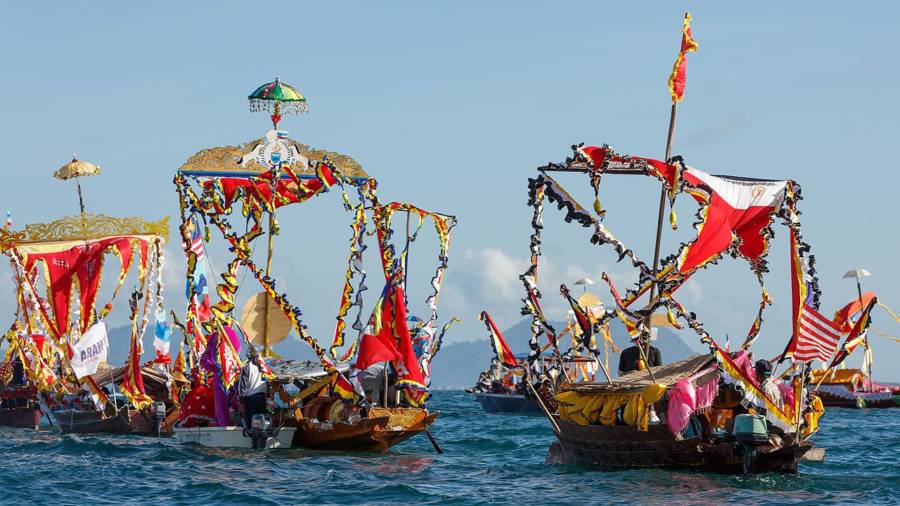 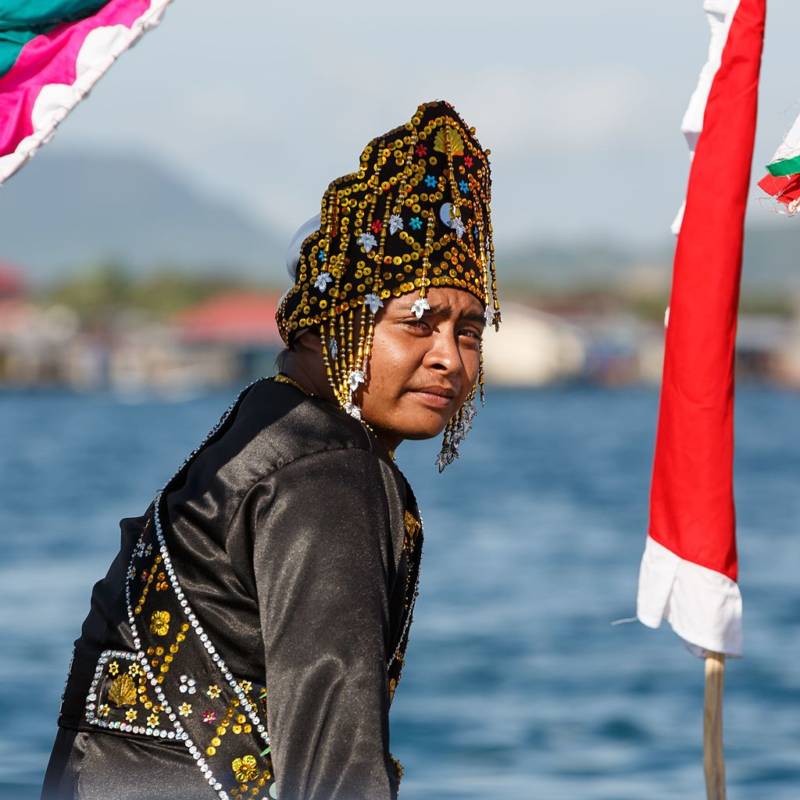 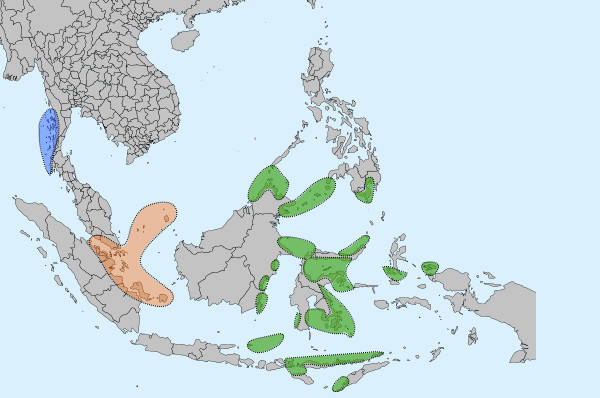 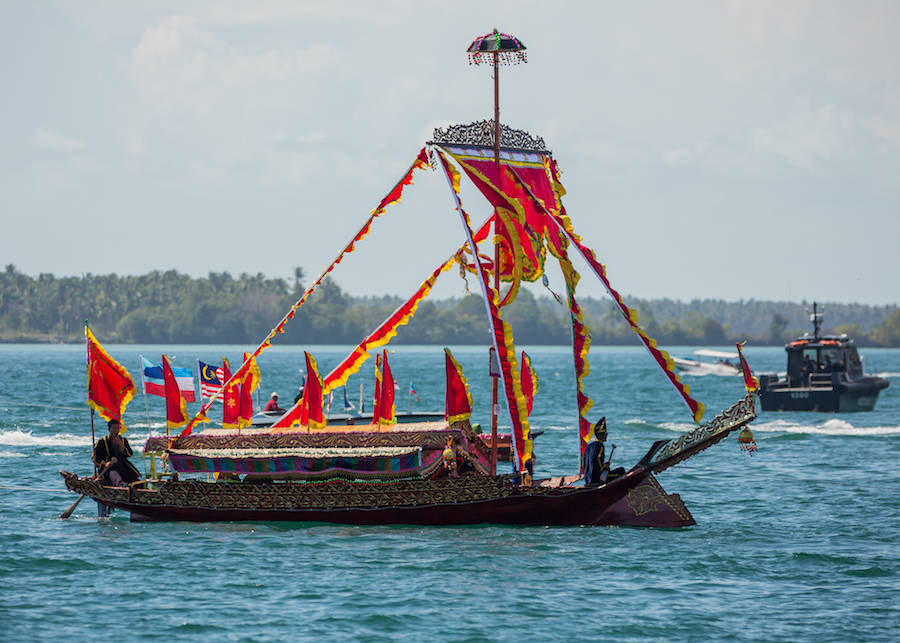 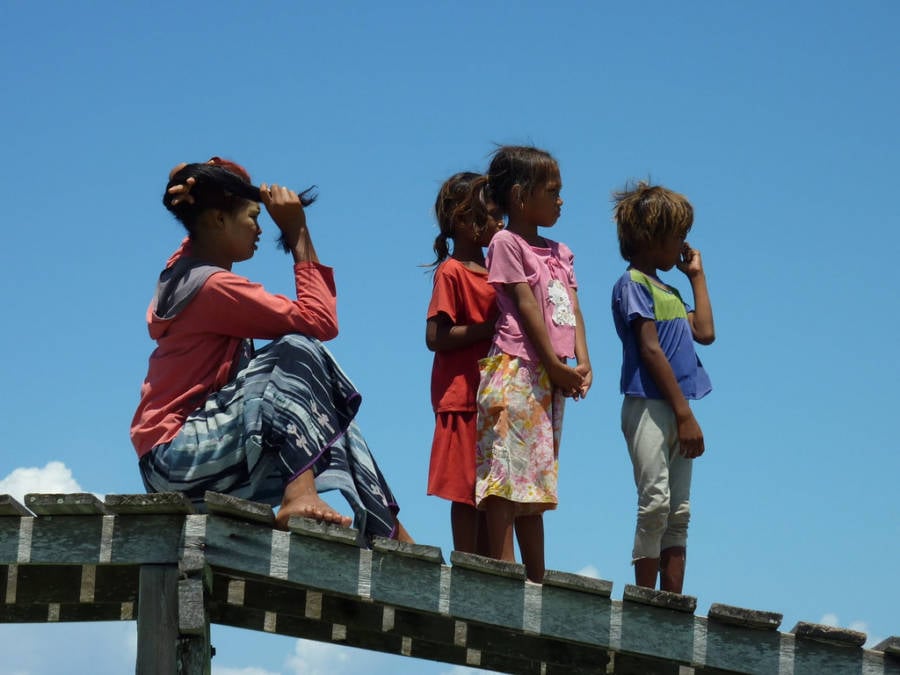 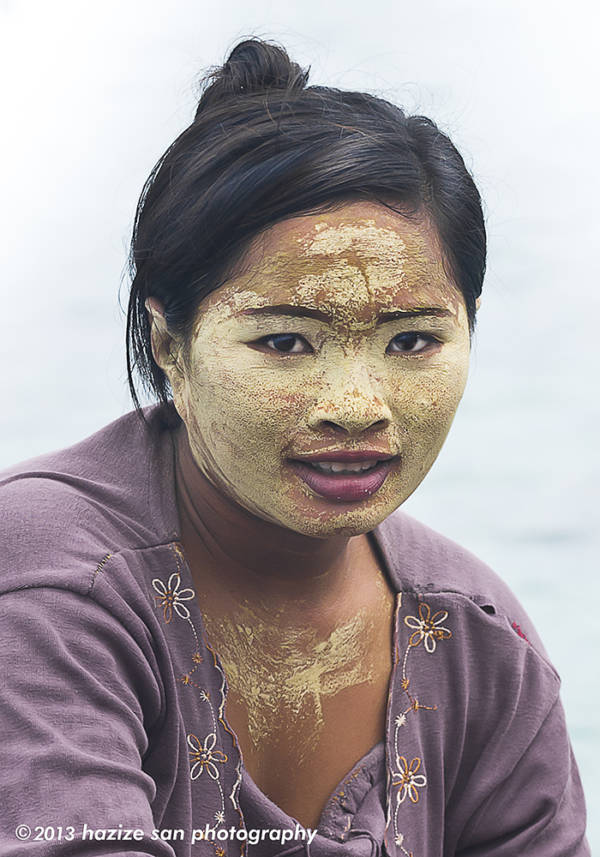 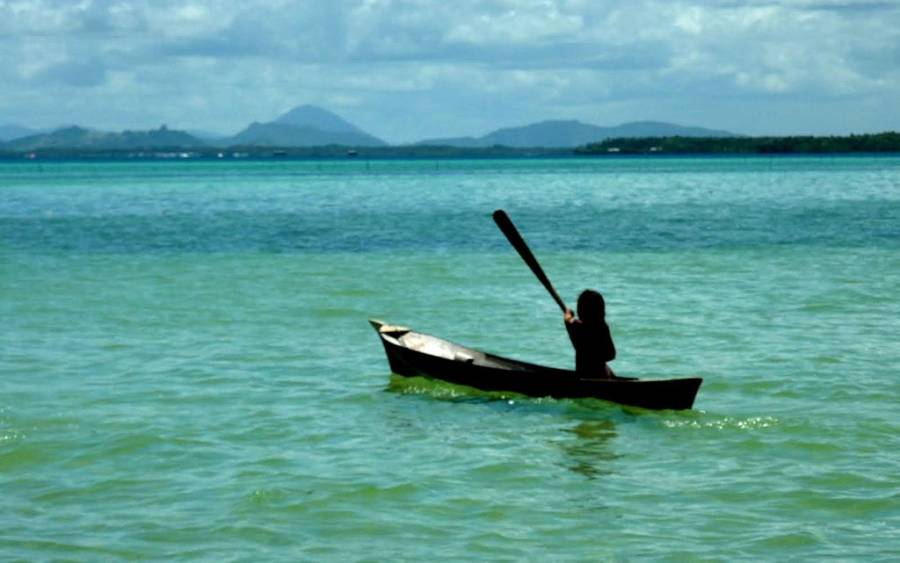 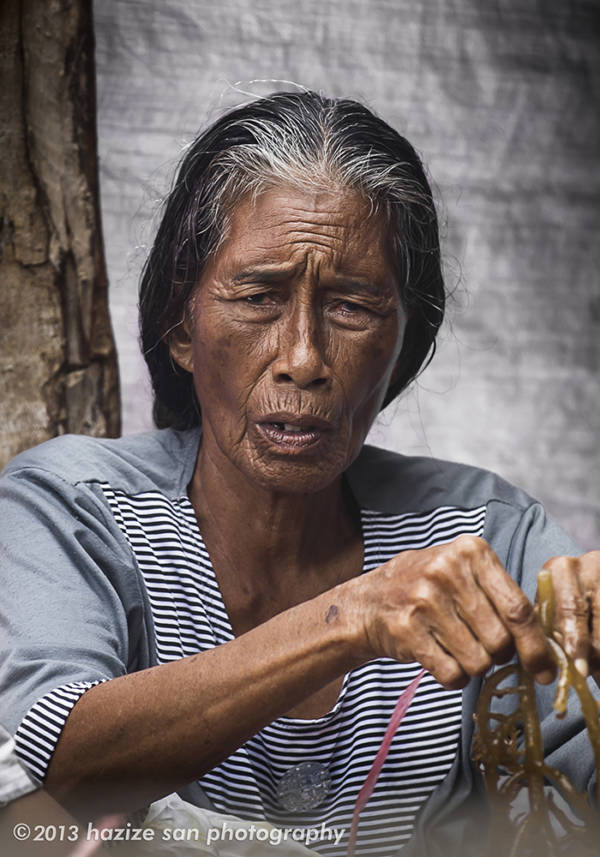 History Of The Bajau People 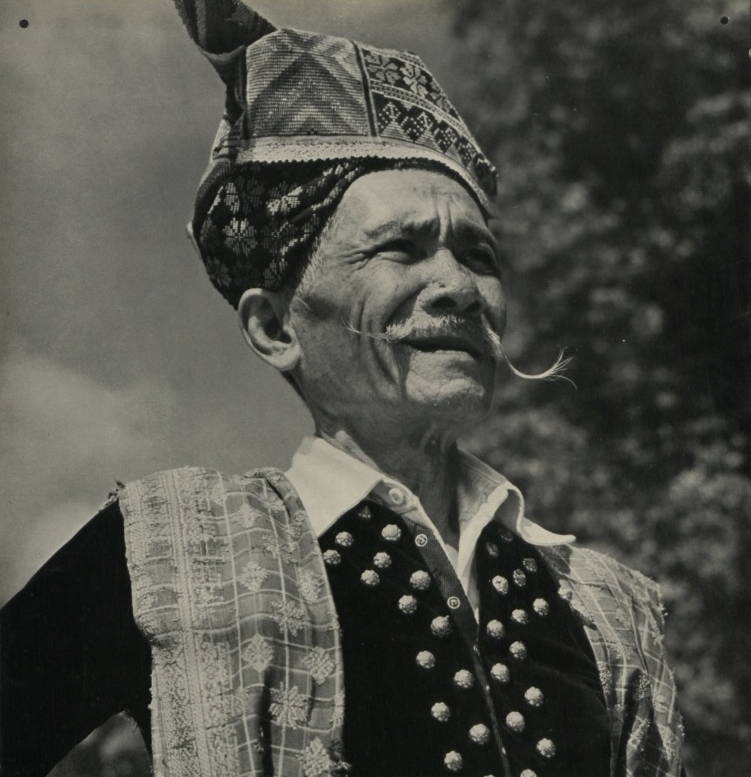 The precise origin of the Bajau people remains unknown. But we do know enough to trace the basic path of their story.

An ethnic group of Malay origin, the Bajau people have lived almost exclusively on the water for centuries. While other "sea nomad" groups have existed in history, the Bajau may be the last seafaring people still in existence today.

They reside in Southeast Asia, in the waters southwest of the Philippines. A migratory people, they drift from place to place and remain unattached in any official sense to any of the neighboring countries.

Without an official state record or even much of a written history to call their own, the story of the Bajau people is rooted in their own unique folklore and traditions, with oral history passed down from generation to generation.

One such tale that captures the thrust of their story tells the tale of a man whose actual name was Bajau. A very large man, his people would follow him into the water because his body mass would displace enough water such that the river would overflow, making it easy for the people to collect fish.

Eventually, they came to call on him for the sole purpose of helping to harvest fish. Neighboring tribes, jealous of the advantage he gave to his people, plotted to kill him by throwing poison arrows at Bajau. But he survived, the fellow tribes gave up, and the Bajau people lived on.

Masters Of The Ocean 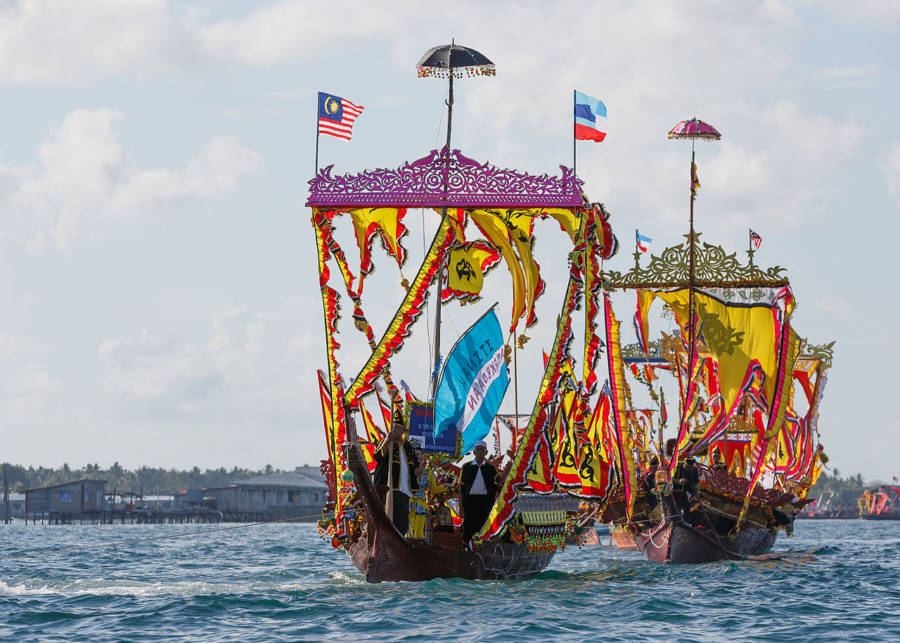 Making their living primarily off of fishing, the Bajau people live on long houseboats known as lepas. Residing primarily on the waters off Indonesia, Malaysia, and the Philippines, they usually come ashore to trade or seek shelter during storms. When they do live not on boats, it's typically in small dwellings built on stilts over the water.

Because the Bajau are exposed to the water so often and so early in life, they develop a mastery of the ocean that's hard to match. Children learn to swim young and begin fishing and hunting as early as eight years old.

As a result, most of the Bajau are expert freedivers. They are able to dive down to depths more than 230 feet, can stay submerged 60 feet underwater for several minutes, and usually spend a total of around five hours a day underwater.

In fact, they've evolved to live on and under the water in ways that make them scientifically distinct from other human beings. Research published in the journal Cell in 2018 found that the Bajau people have spleens 50 percent larger than the average human of neighboring areas.

The Bajau have also developed remarkable underwater vision. These skills give them the advantage of being able to hunt for harder-to-come-by sea treasures like pearls and sea cucumbers.

Each day, divers will spend hours underwater during which time they capture between two and 18 pounds of fish. And the only thing they wear to make the dives easier are wooden goggles, no wetsuits or flippers.

Because they spend so much of their time diving, many of the Bajau people wind up with ruptured eardrums thanks to the pressure underwater — and some will purposefully perforate their eardrums to make diving easier.

Experience what it's like to dive and hunt with the Bajau in this clip from a 2013 BBC documentary.

In addition to diving, they use nets and lines to fish, as well as handmade spear guns for spearfishing.

Melisssa Ilardo, a geneticist who spent three summers with the Bajau people said, "They have complete control of their breath and body. They spear fish, no problem, first try." 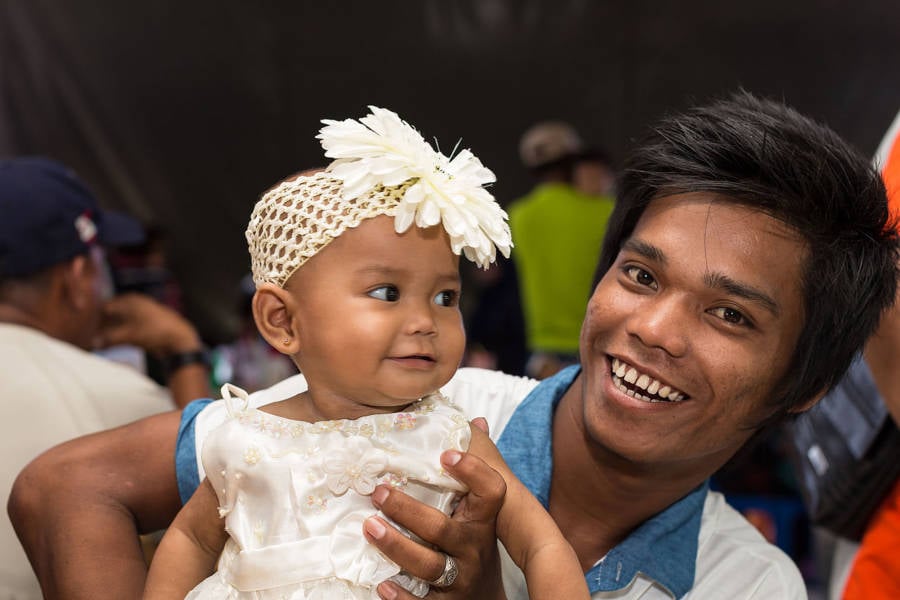 Today, more and more Bajau people are being made to live on land (some groups have long lived on land as there is no one completely unified group of people identified as Bajau). For several reasons, it's possible that the current generation could be the last able to sustain themselves off the water.

For one, the global fish trade has disrupted the fishing traditions and ecosystems of the Bajau people.

Higher competition in terms of fishing has compelled the Bajau to start utilizing more commercial tactics to catch fish, including the use of cyanide and dynamite.

The Bajau have also switched to using a heavier wood to make their boats because the lighter wood they used to use came from a tree that's currently endangered. The new boats require engines, which means money for fuel.

The stigma associated with being nomadic has also forced many to give up their lifestyle. Being accepted by surrounding cultures gives them access to government programs that provide aid and benefits they wouldn't otherwise receive.

But for the Bajau people, fishing isn't just a trade and the water isn't just a resource. At the heart of their identity is their relationship with the ocean and its inhabitants. So when it comes to conservation, it's not just about conserving the marine life, but their culture as well — and the waters they've called home for centuries.

After this look at the Bajau people, read up on the Pacific Islanders who have DNA linked to no known human ancestor. Then, check out interesting facts about the world that'll make you the smartest person in the room.