Inside the world's second largest carnival, the Barranquilla Carnival in Colombia, a fantastic madhouse of dance and partying.

While carnival revelers’ eyes usually turn to Rio de Janeiro in February, the Colombian city of Barranquilla simultaneously hosts its own carnival, the second-largest in the world and an increasingly popular alternative to its Brazilian counterparts.

In this exuberant celebration of Colombian and costeño traditions, masquerade parades follow street dances, popular gatherings, and theatrical performances. Join the Barranquilla Carnival with these 21 photos showcasing the colors and electric atmosphere of this four-day extravaganza with a Colombian twist: 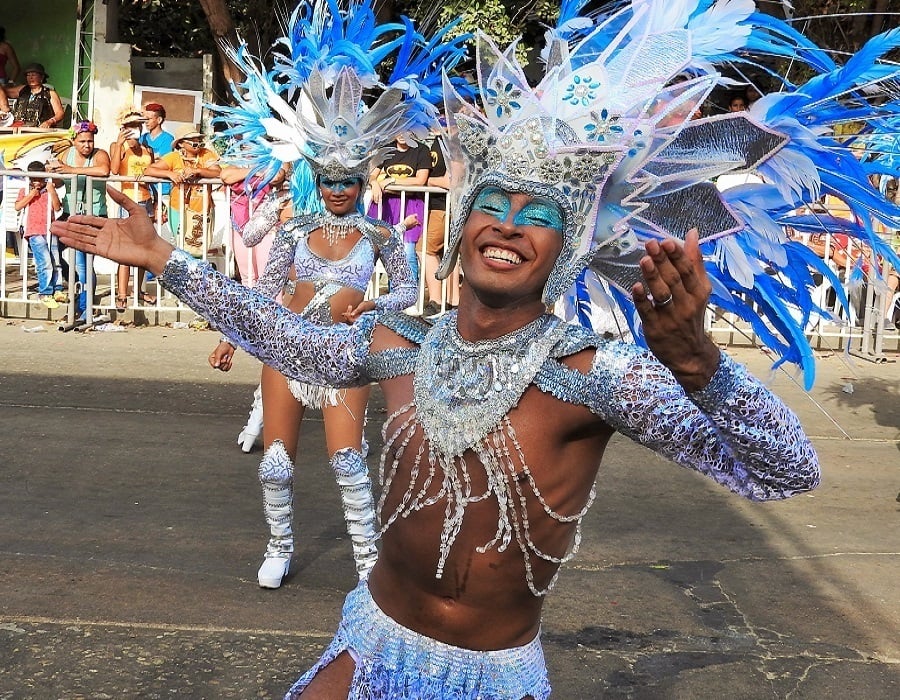 An appropriate representation of the event’s official slogan, “Quien lo vive, es quien lo goza” (“Who lives it, enjoys it”). 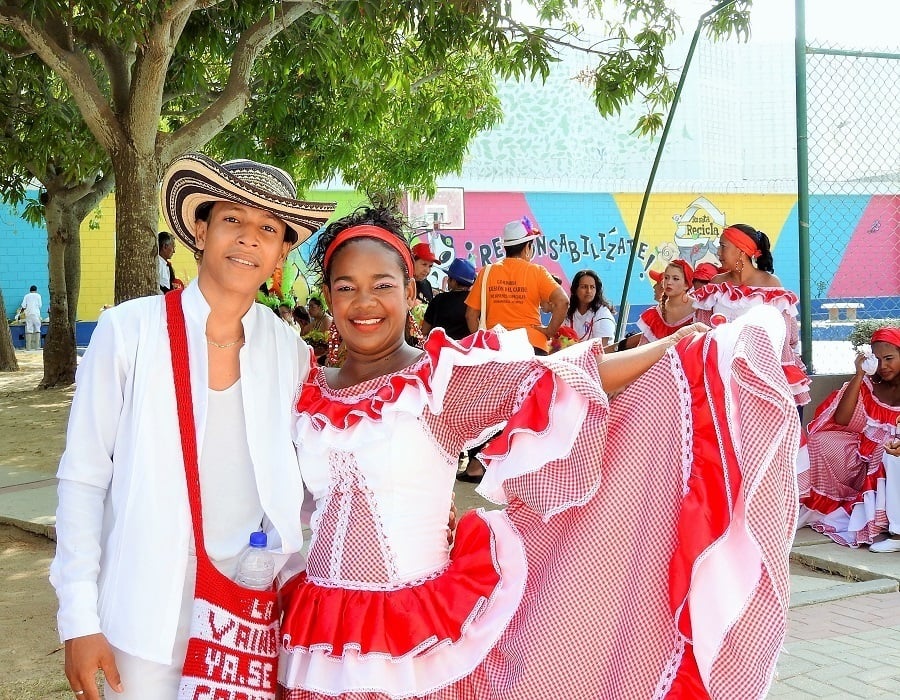 Dating back to the 19th century, the Carnaval de Barranquilla takes place in the four days leading up to Ash Wednesday. 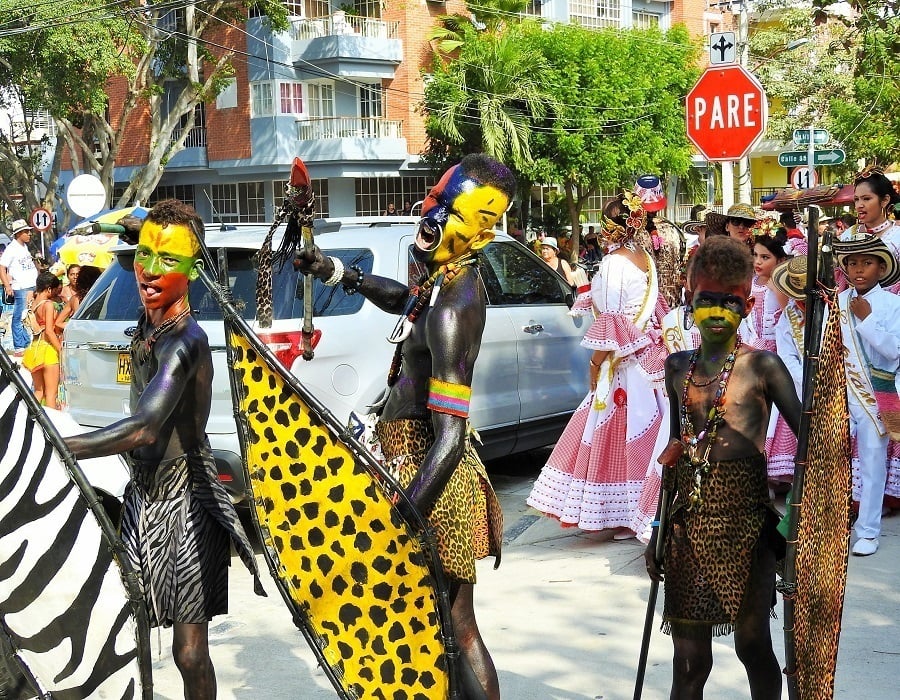 The festivities are believed to be rooted in the ceremonies of ancient Colombian indigenous populations, the traditions of European colonialists, and the occasional musical celebrations of 18th-century African slaves. 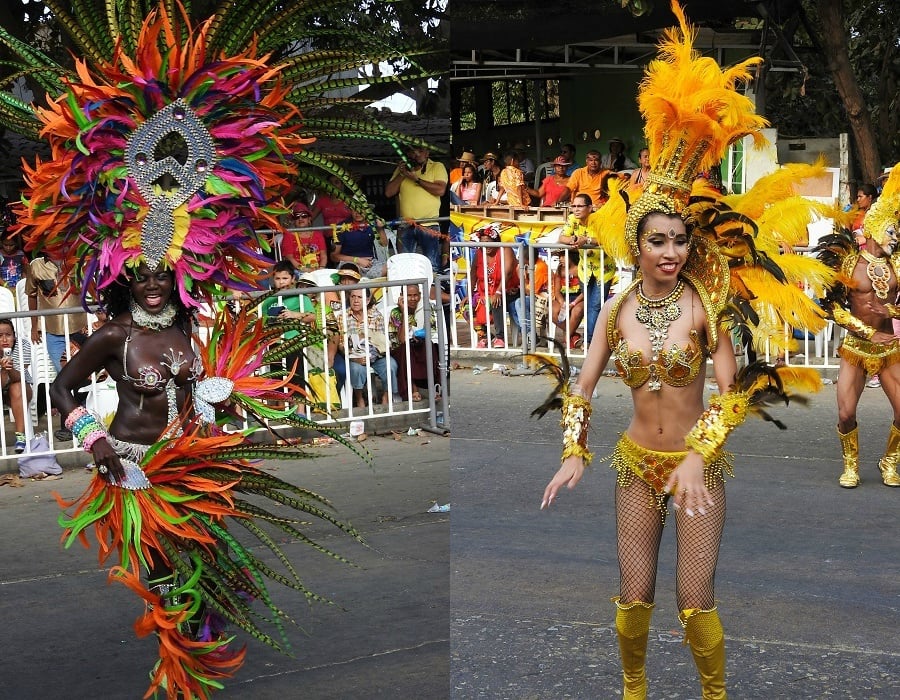 As such, the festival is a celebration of the diversity of the Colombian population and its cultural influences. 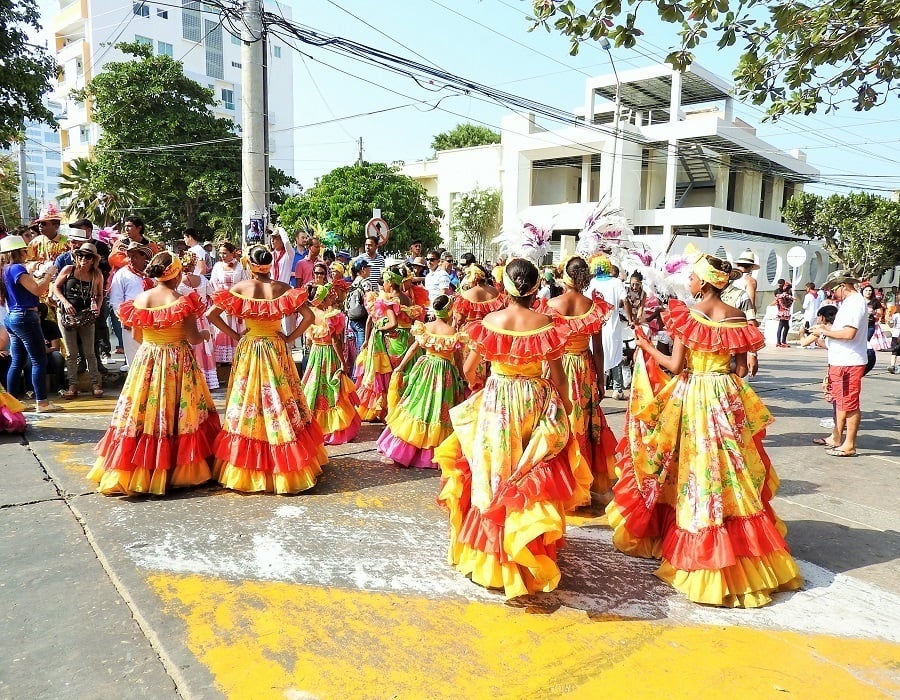 In 2002, the National Congress of Colombia recognized the carnival as a Cultural Masterpiece of the Nation. 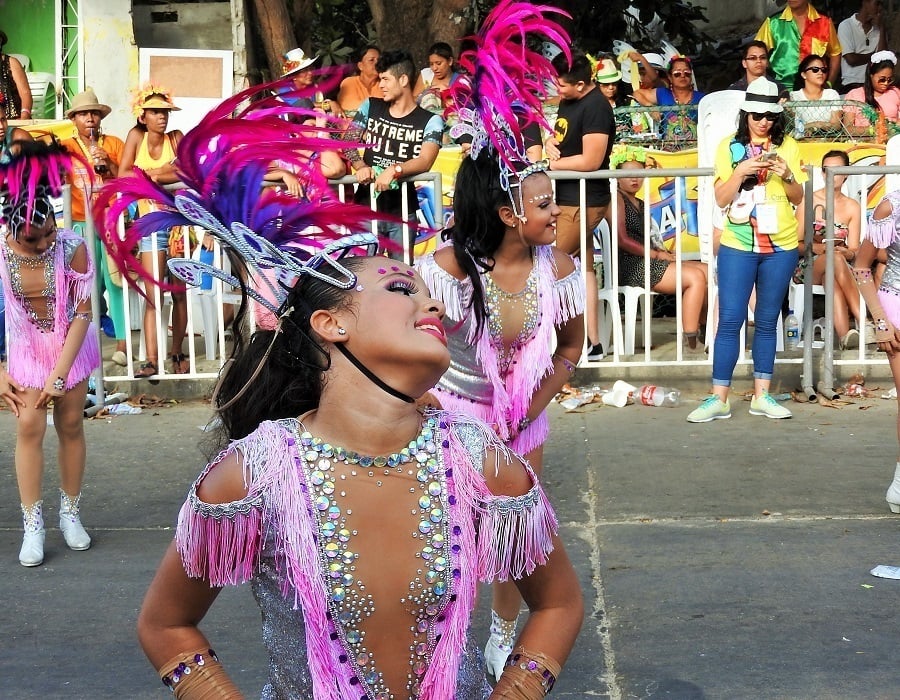 UNESCO also listed the event as a Masterpiece of the Oral and Intangible Heritage of Humanity in 2003. 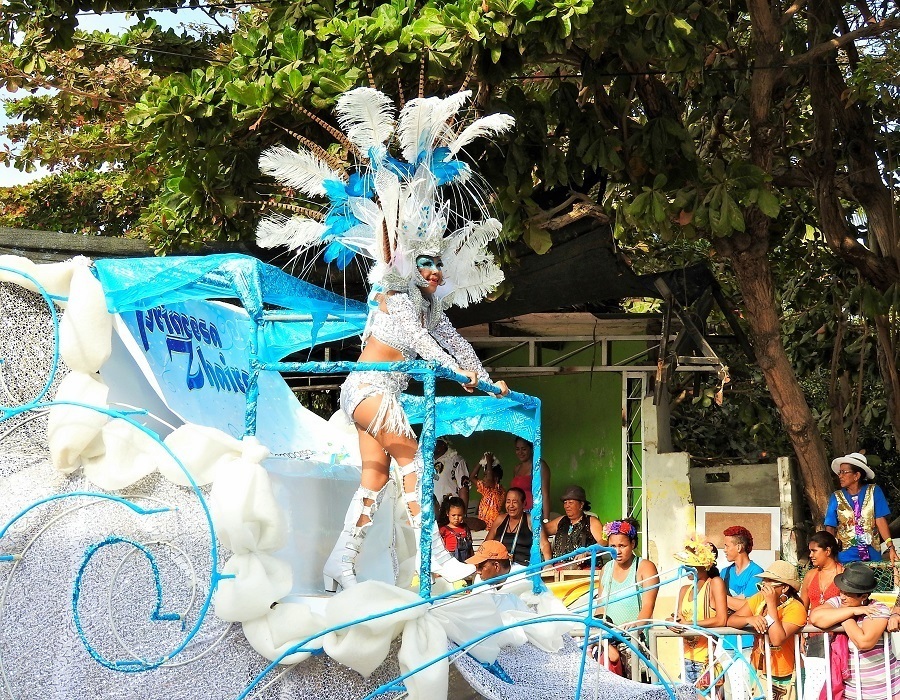 A few days before the Carnival begins, the city crowns its King Momo and Queen to preside over the festivities. The revelries are then kicked off by the Batalla de Flores (Battle of the Flowers) float parade. 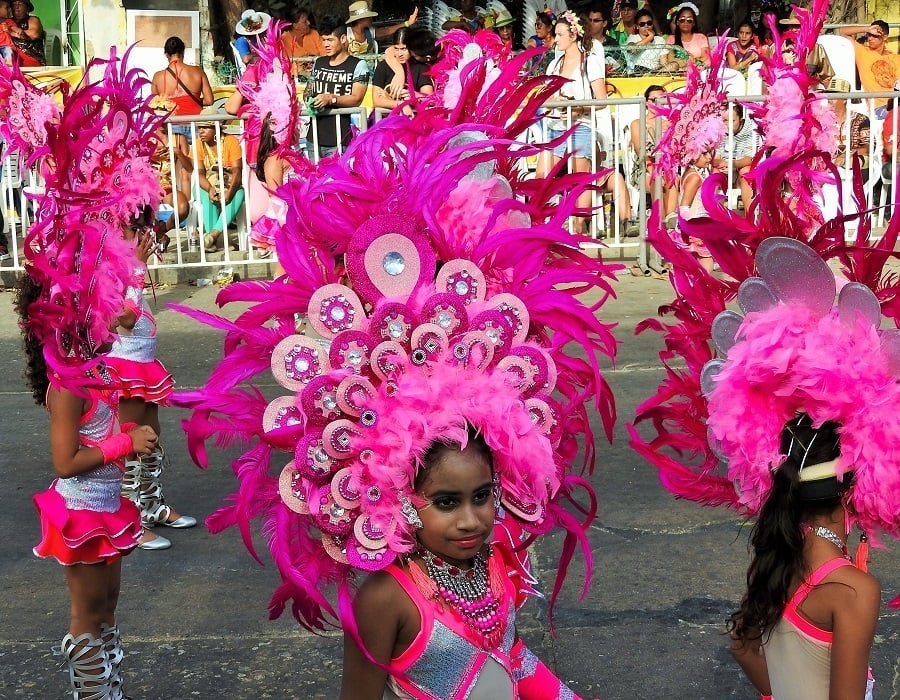 The Carnival Queen has usually been involved in pageants since childhood and has demonstrated her carnival spirit over the years. 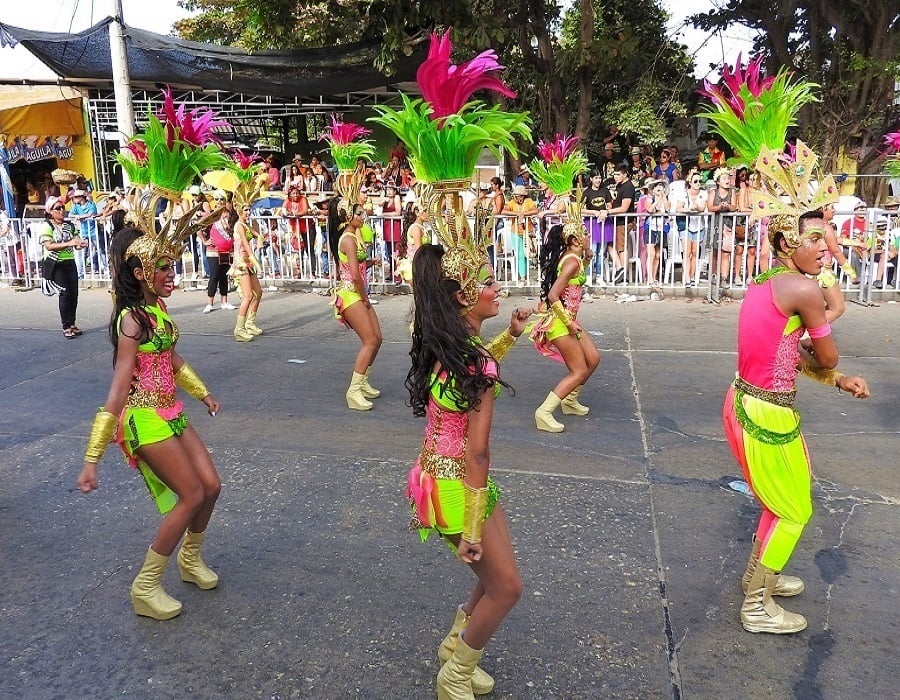 The Sunday and Monday of the carnival see local dance troops perform in spectacular parades. 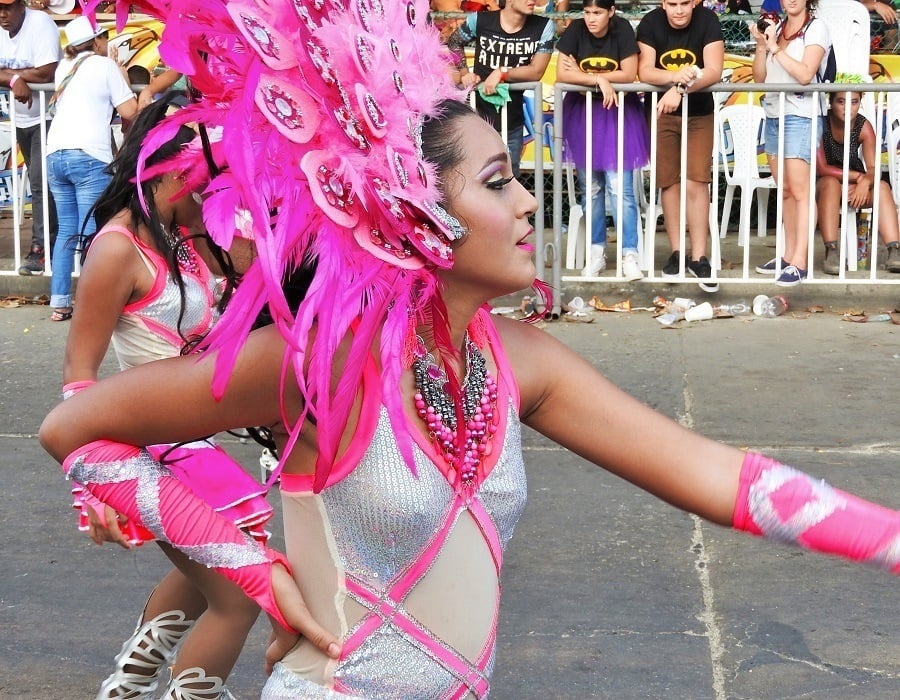 The parades are a feast of colorful and elaborate costumes, including ornate headgear. 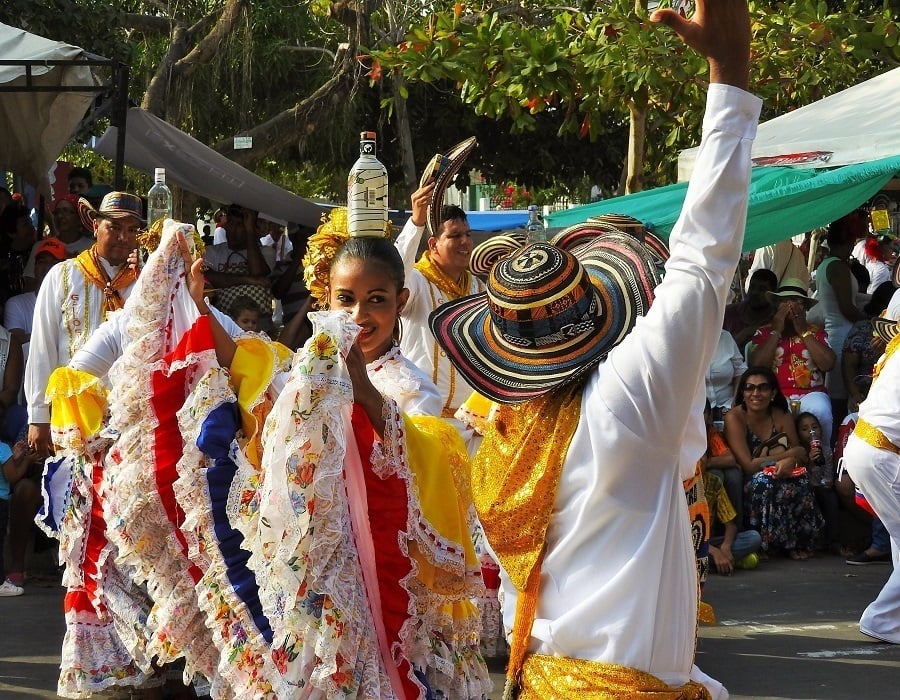 Ladies dancing while balancing bottles of aguardiente, the local alcohol, on their heads. 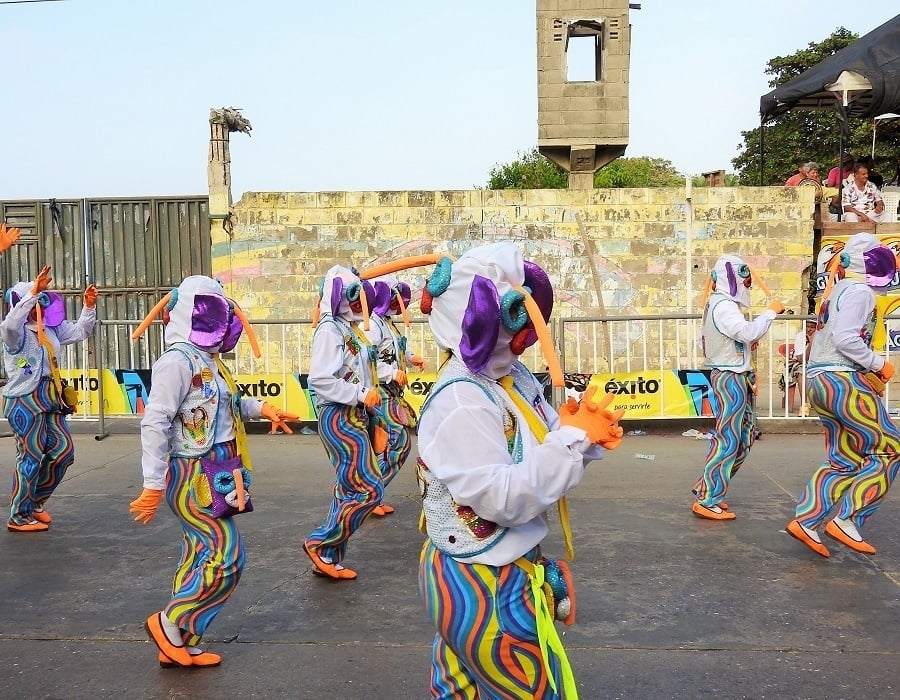 The parades feature recurrent traditional characters, such as the marimonda, a grotesque creature with a long nose, large ears, and outrageously colored clothes. 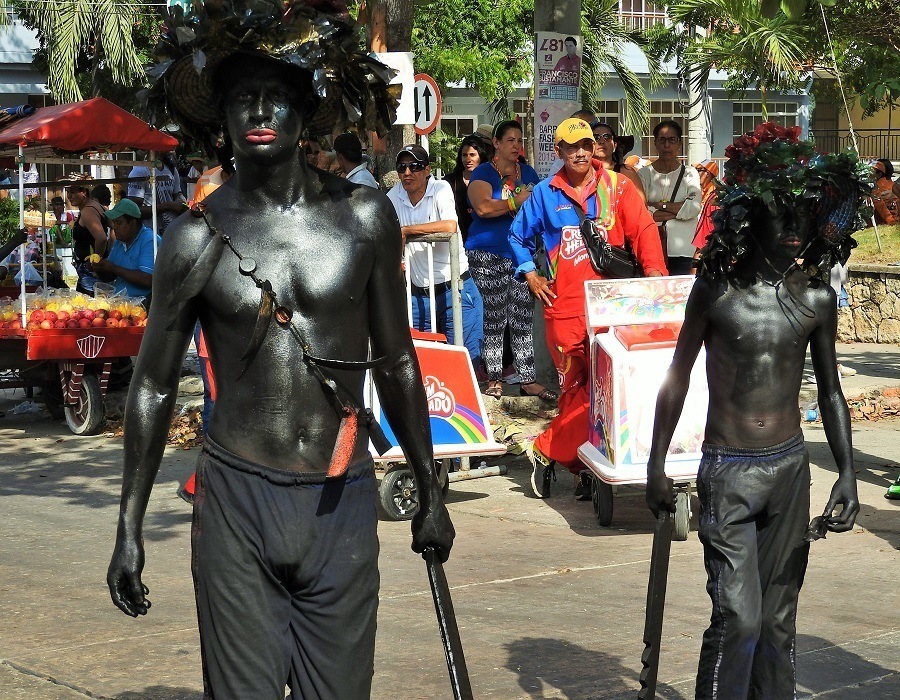 The Africano is another typical figure of the Barranquilla tradition, introduced to the carnival in 1971. 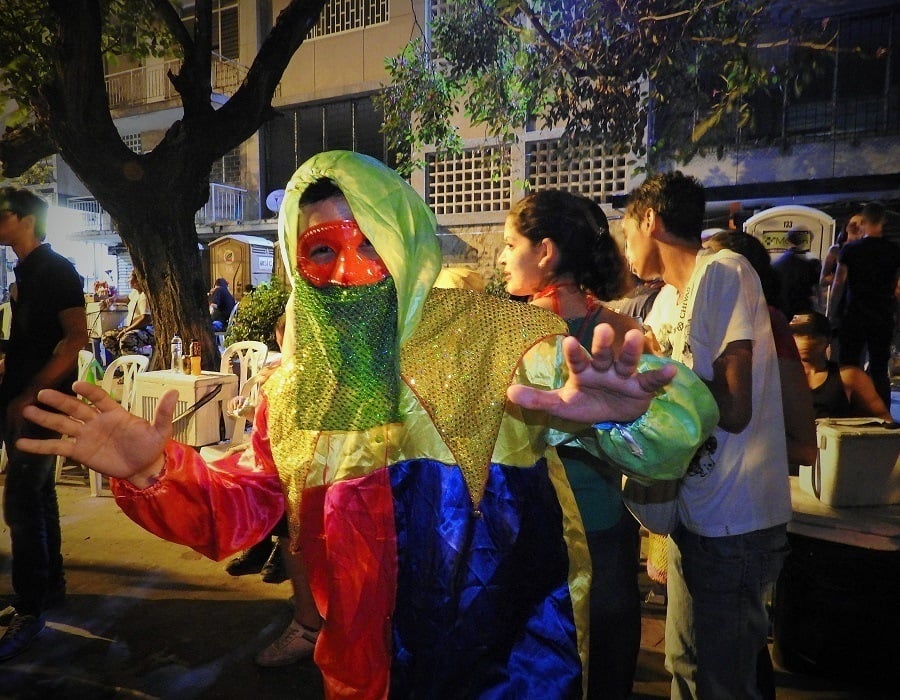 Traditionally, the disguise of the Monocuco (above) was used by rich citizens to hide their identity in order to fully enjoy all aspects of the carnival (including its libertine side) without being recognized. 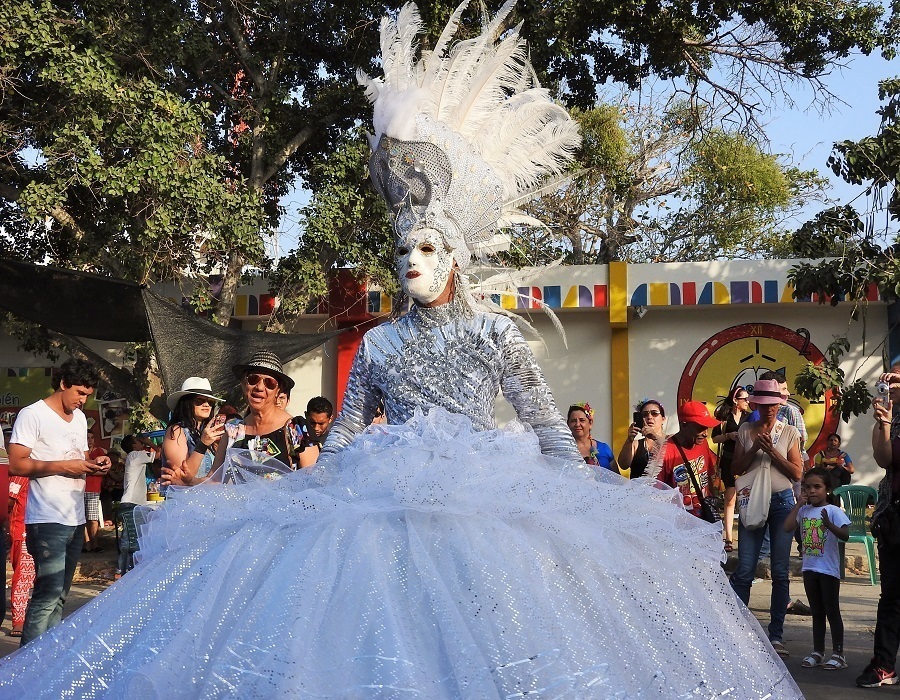 Other costumes borrow from the Venetian tradition and take on a more sinister, Halloween-esque turn. 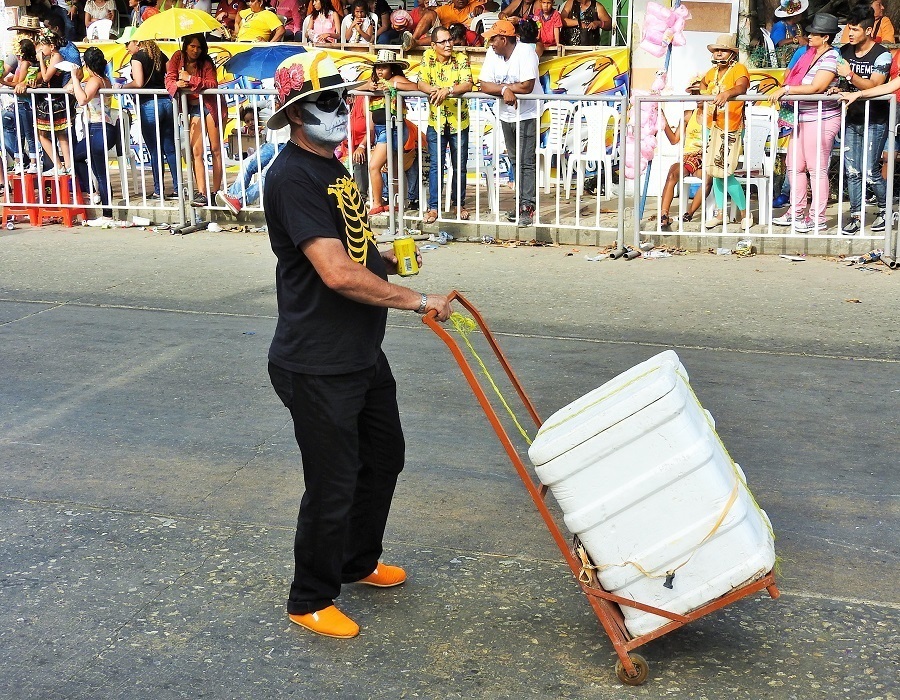 Death is one of the Carnival’s prominent tropes, and is represented in many different forms. 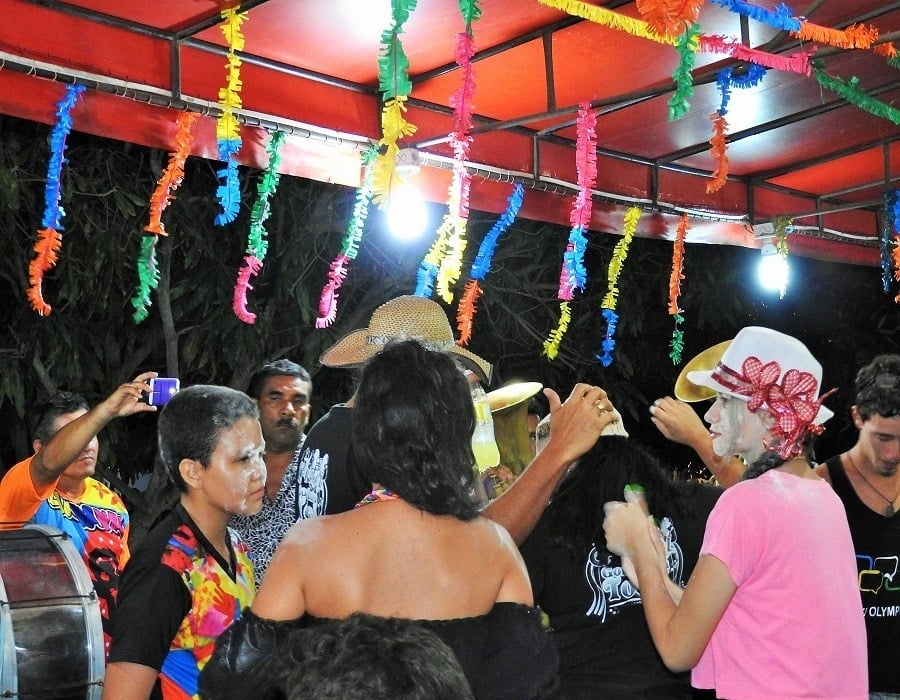 The party carries on well into the night, with drama performances, improvised street dances, and friendly corn flour battles. 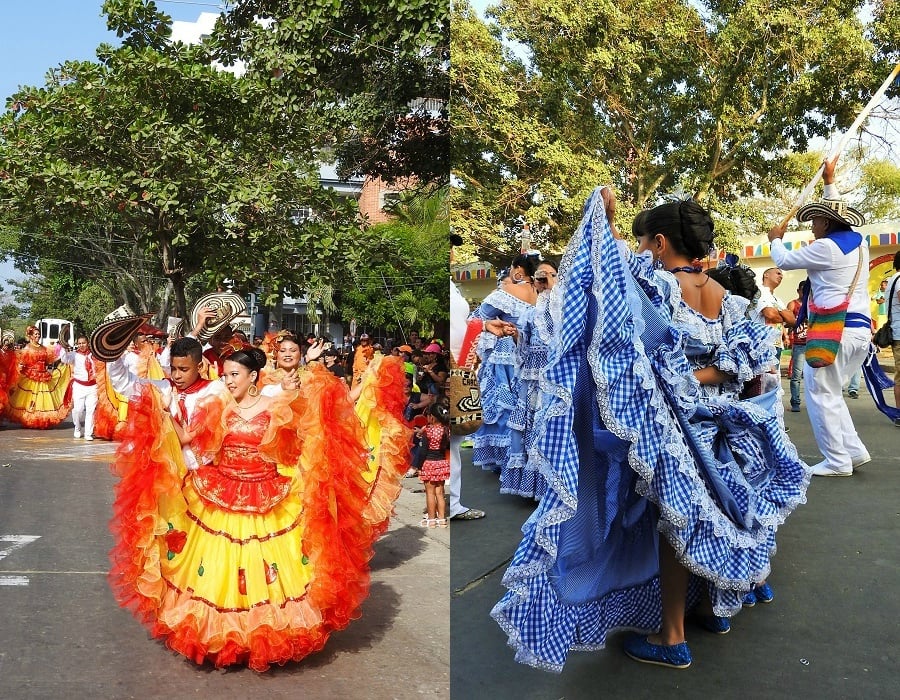 An important function of the Carnival is to showcase the popular dances integral to Colombian culture, including Cumbia, Garabato, Chandé, Fandango, etc. 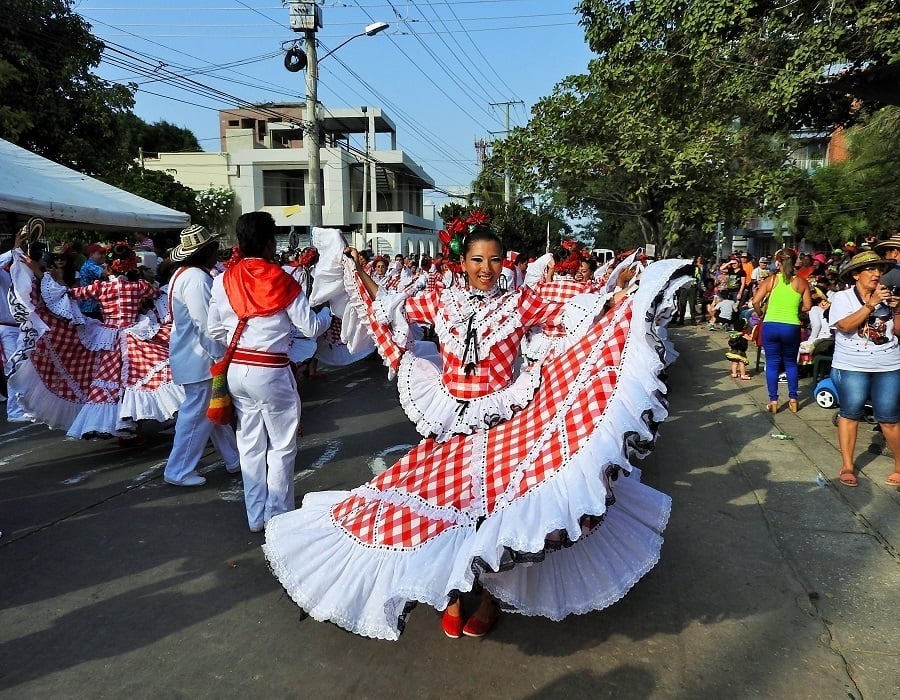 Among those, Cumbia — performed by the woman featured above — holds a special place as a costeña dance form that originated from the Barranquilla region. 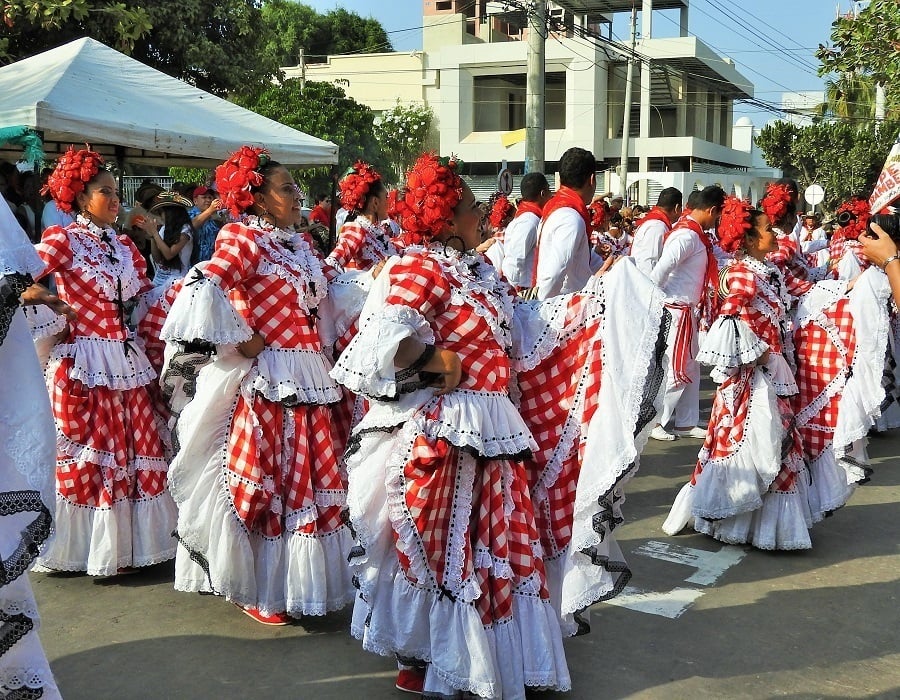 The Cumbia dance mimics a couple courting and focuses on the delicate movements of the woman’s hips to the sound of a drum and flute. 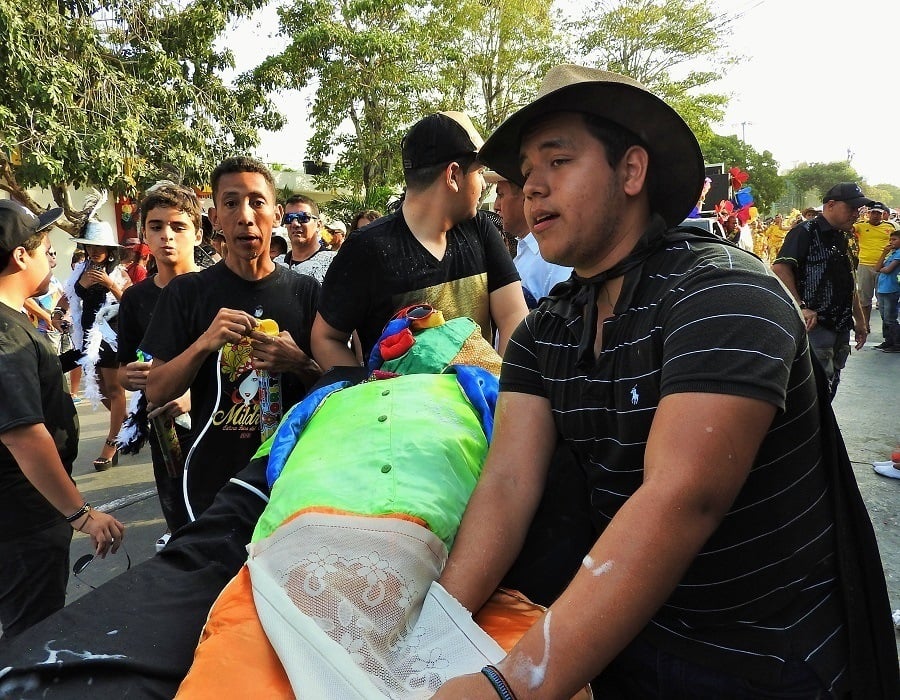 The Carnival concludes with the metaphorical death of Joselito Carnaval, one of the revellers, on Tuesday. Funeral processions are organized to mourn the tragic end of this eager participant killed by his own excesses.

All photos by Camille Poiré.

If you enjoyed this, be sure to check out some of the most bizarre parades in the world. Finally, check out the glamorous and gruesome history of the masquerade ball.