At some point in our lives, we’ve all thought about leaving our old life behind and completely reinventing ourselves. That is exactly what Mary Baker did–and she took it to the extreme. On April 3, 1817, she was found walking the roads of Gloucestershire, England completely disoriented, dressed in very peculiar clothes and speaking an unknown language. 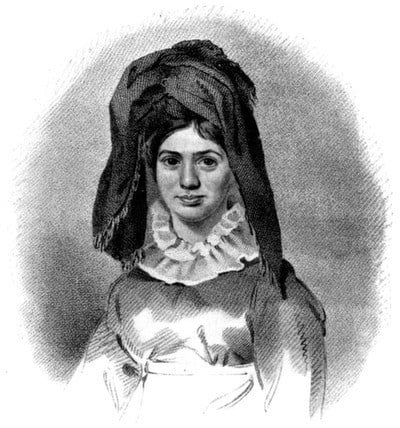 The portrait that would be her downfall Source: Wikipedia

The only thing people could understand was that her name was Caraboo. At first, she was dismissed as a beggar from another European country, but a Portuguese sailor soon claimed to be able to translate what she said. According to him, Caraboo actually came from the island of Javasu where she was a princess. She was abducted by pirates but managed to escape their ship and swam ashore. 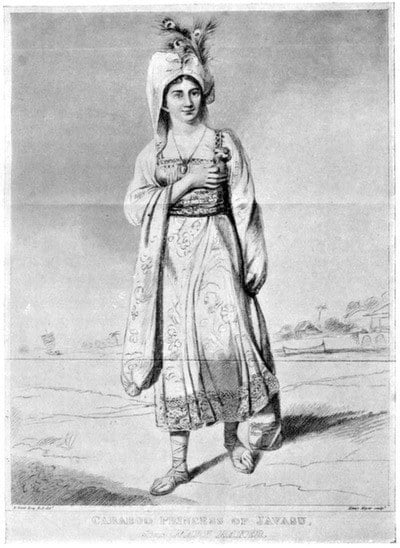 The princess showing off her unusual garments Source: Wikipedia

Of course, this changed things. Now that people thought she was royalty, she received the royal treatment. For the next few weeks, Princess Caraboo became notorious throughout all of England and spent her time hobnobbing with the country’s elite. She continued to display various quirky behaviors, the most infamous being her penchant for swimming naked. Unfortunately for her, all good things did indeed come to an end. A housekeeper named Mrs. Neale recognized a portrait of her from the newspaper and revealed her to be Mary Baker, daughter of a cobbler from Devon.