Very few hoaxes have a more intriguing, complex story than the Cardiff Giant. Found in 1869 in Cardiff, New York, this 10-foot tall statue purportedly represented a “petrified man”. In reality, New York businessman George Hull had the statue commissioned. The atheist entrepreneur was annoyed at religious scholars who claimed that giants once inhabited the world. Hull wanted to embarrass these “thinkers” and make some money in the process. 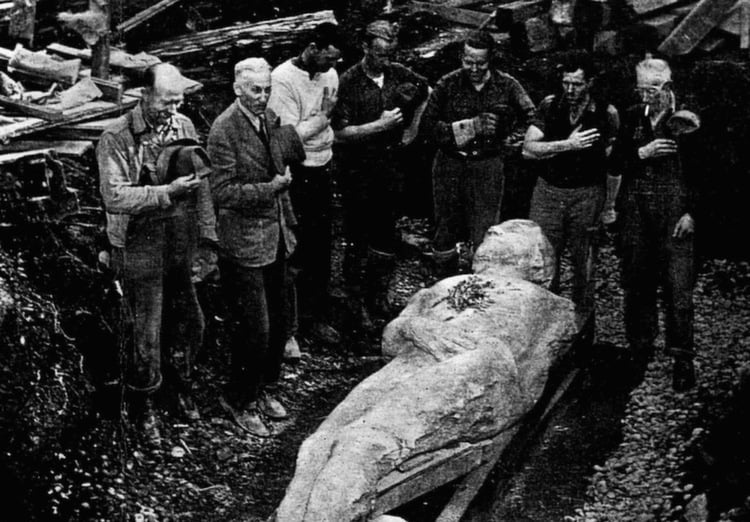 The giant being excavated Source: Blogspot

Unsurprisingly, the Cardiff Giant was a big hit with the public. Hull had spent around $2,600 on the creation of the statue but would make around $30,000 off it before it was all over. Various scientists examined the giant and immediately proclaimed it to be a fake. Famed paleontologist Othniel Marsh even pointed out that the statue still had clear chisel marks on it. That didn’t matter to Christian fundamentalists, who continued to attest to its authenticity.

Eventually, Hull sold the giant for $23,000 to a syndicate headed by David Hannum. They moved the exhibit to Syracuse where it still drew in a hefty profit. Eventually, the syndicate received an offer of $50,000 from circus frontman P.T. Barnum (the same man who helped end spirit photographer William Mumler’s career to a close), who was always looking for new additions to his show. His offer was declined but Barnum, ever the shrewd businessman, simply commissioned his own giant and claimed it to be the real one. 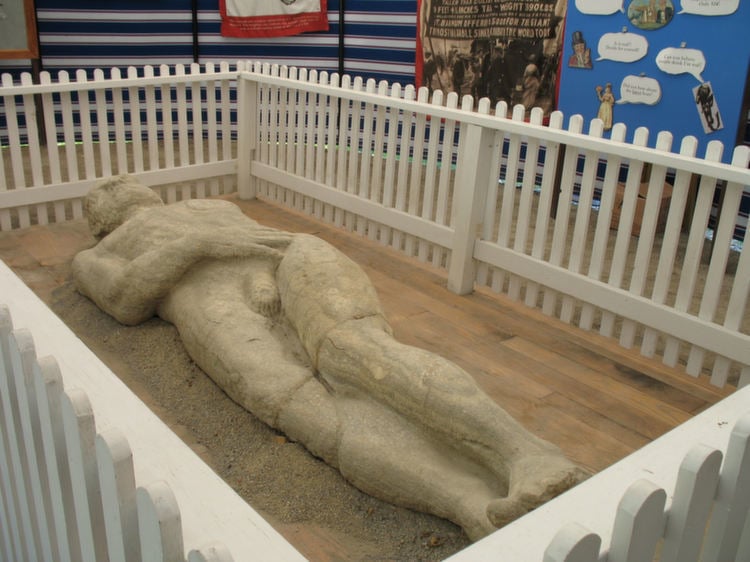 Farmer’s Museum in Cooperstown, NY – where the giant is today Source: Roadside Wonders

Barnum’s story was that the syndicate sold him the genuine Cardiff Giant and then made another one to try and scam him. The truth meant little to the public. Barnum took his giant to New York where it became a huge sensation. Before such success, Hannum sued Barnum for calling his “real” giant a fake. By this time, Hull finally decided that enough was enough and confessed that there was never any real giant. Hannum lost the court case because the giant Barnum had been calling a fake really was a fake.