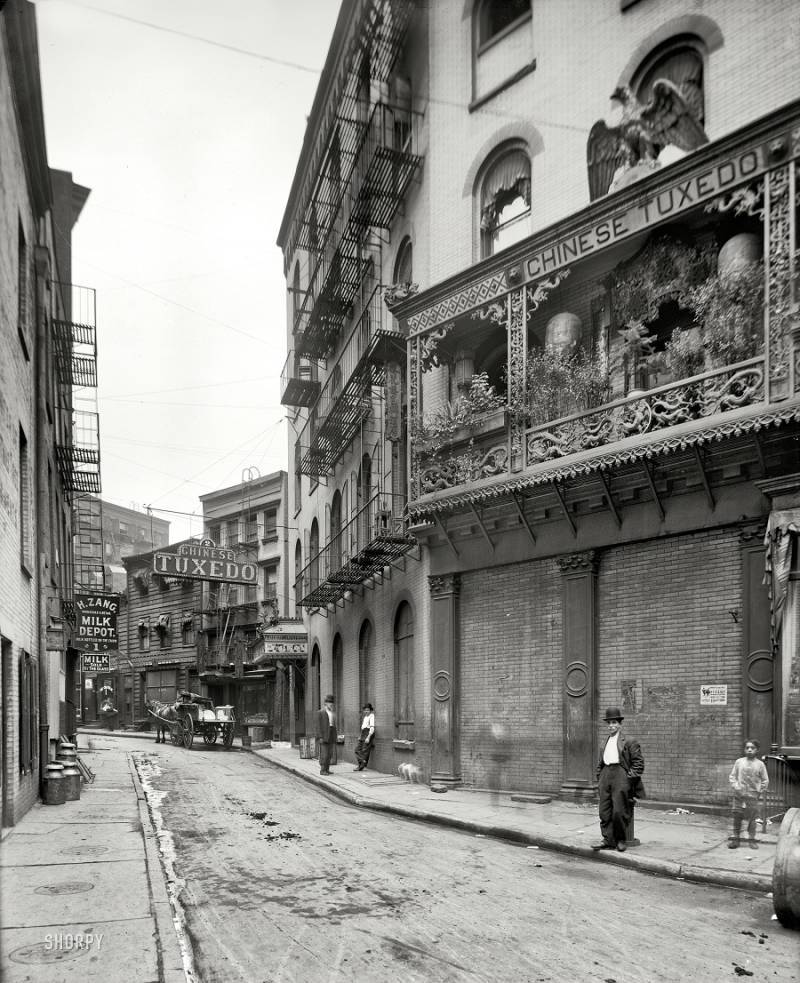 By 1909, four years after the massacre, tensions between the Hip Sings and On Leongs had escalated to an alarming level. Like so many great struggles, from the Trojan War to West Side Story, this climax of the Tong Wars began with a fight over a woman. In this case, it was the murder of a sex slave named Bow Kum.

A Four Brothers member named Low Hee Tong originally purchased Bow Kum for $3,000 in San Francisco, but when he was arrested and unable to produce a marriage license for her, Bow Kum was taken in by Christian missionaries. Eventually, an On Leong Tong member named Tchin Len married Bow Kum and took her to New York, taking with him what Low Hee Tong believed was his property and investment. Tchin Len disagreed.

Low Hee Tong gathered the Hip Sings and Four Brothers in New York to demand the On Leongs pay back what he believed he was owed. The On Leongs refused. This proved to be the final straw.

On the night of August 15, 1909, almost four years to the day after the massacre at the Chinese Theater, a Hip Sing-allied hitman snuck into Tchin Len’s home on Mott Street. He stabbed Bow Kum in the heart, slashed her body and cut off her fingers. In the ensuing trial, no one was found guilty. 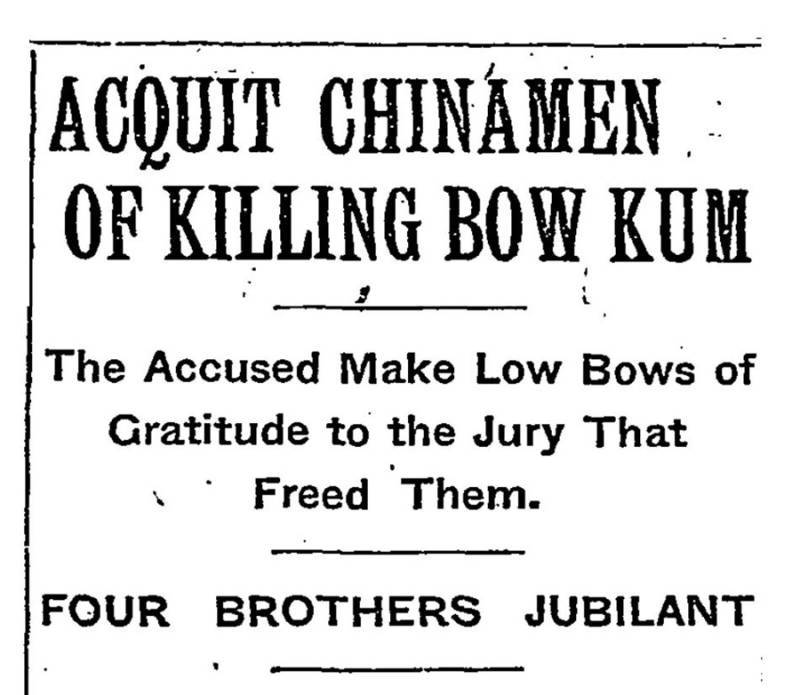 The New York Times headline after Bow Kum’s alleged murderers were found not guilty. Image Source: ACQUIT CHINAMEN OF KILLING BOW KUM; The Accused Make Low Bows of Gratitude to the Jury That Freed Them.

From that point on, it was all-out war. Some 50 people soon died and Bow Kum was far from the only innocent to be caught in the crossfire.

According to one account, it was always possible to tell which gang was responsible for each murder — the On Leongs only used Smith & Wesson guns, while the Hip Sings used strictly Colts. It was another kind of weapon, however, that helped immortalize the 1909 Tong War, and The Bloody Angle in particular: the hatchet.

Gangsters carrying hatchets would wait around one side of the Bloody Angle until their victims blindly turned the corner. Then they would pounce, slash, and escape via the underground tunnels, leaving the cobblestone street soaking in the victim’s blood.

By some accounts, this is where the term “hatchet man” originated.

As a result of this violence, local Chinese businessmen were losing a lot of money — only the newspaper boys peddling the stories of war on the streets were profiting from the conflict. Even Hip Sing leader Mock Duck and the On Leong leader — and unofficial “Mayor of Chinatown” — Tom Lee were losing money — after all, it’s hard to promise extortion and draw in opium den customers when the streets can’t be crossed.

Time and again, various peace negotiations punctuated episodes of intense violence, but failed to broker a permanent peace. And when peace finally did come to the Bloody Angle in 1913, it didn’t last forever.