More Than 300 Smuggled Tarantulas, Giant Cockroaches, And A Scorpion Were Just Seized At A Colombian Airport

Colombia has confiscated more than 11,000 specimens in 2021 alone — with this particular cargo including 232 tarantulas, eight scorpions, 67 cockroaches, and nine spider eggs. 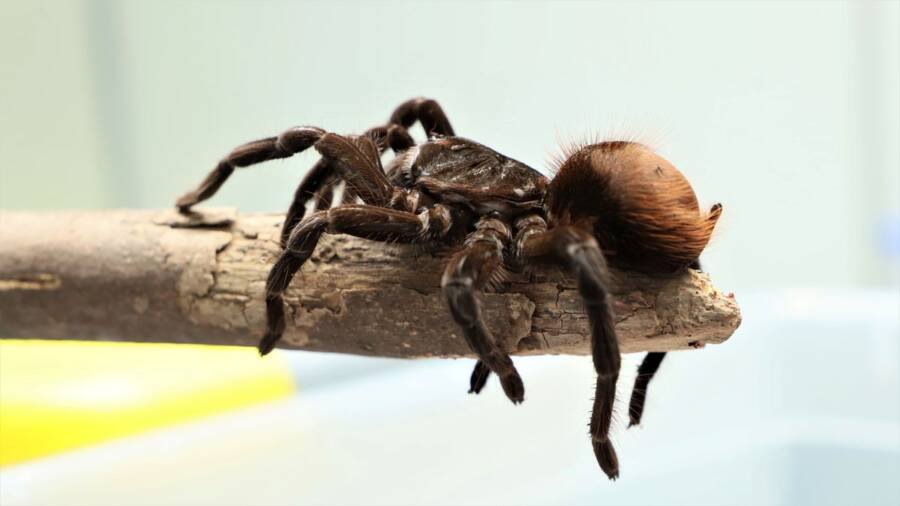 District Secretary of the Environment of BogotaAirport officials discovered the spiders and insects concealed in two travelers’ luggage.

Officials at Colombia’s El Dorado International Airport in Bogotá just intercepted hundreds of wild spiders and insects being illegally smuggled out of the country. They discovered the creatures stored inside plastic containers that two Germans had hidden in their suitcases.

Officials detained the two Germans on Dec. 2 as they were attempting to board their flight home to Europe. In total, airport security officials discovered 232 tarantulas, a scorpion with seven offspring, nine spider eggs, and 67 giant cockroaches.

While the German nationals claimed to be transporting these creatures to Germany for research purposes, they lacked any official permits or documentation to make their international transport legal.

“Despite, like these citizens, having supposed academic or research purposes, any investigation much have explicit permission from the environmental authorities,” Carolina Urrutia Vásquez, Bogotá’s Secretary of the Environment, said in a statement. “We haven’t had a shipment of tarantulas this size since 2018 and the largest we have had this year was shark fins.” 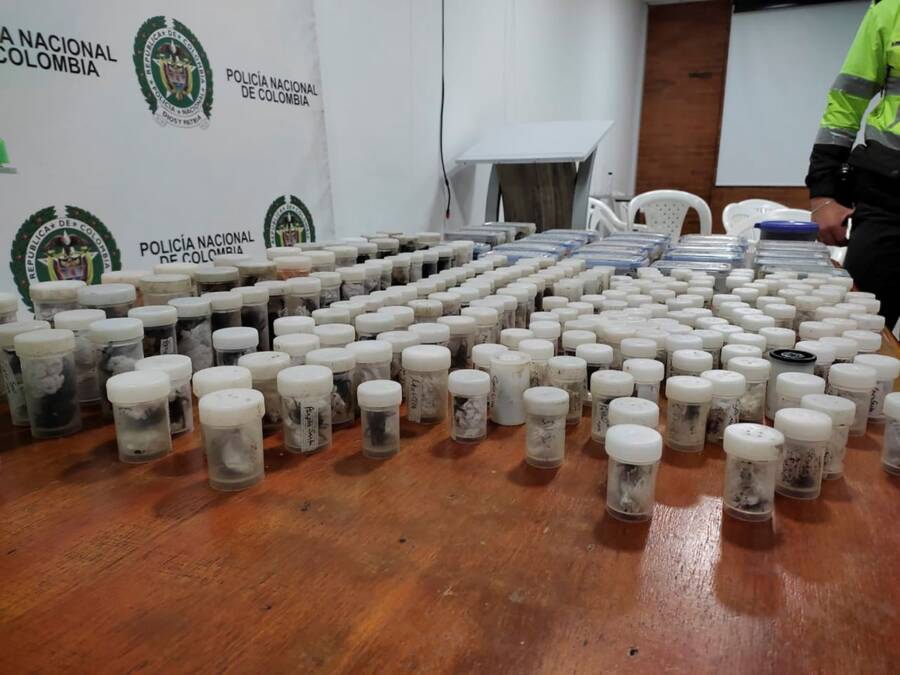 District Secretary of the Environment of BogotaThe insects and arachnids had been stuffed into 210 plastic containers.

When customs officials opened the couple’s suitcases, they discovered 210 plastic containers wedged in between numerous rolls of film. According to LiveScience, the creatures had been stolen from the wild in the San Luis de Gaceno municipality in Bogotá’s department of Boyacá. They included trapdoor spiders (Barychelidae), tarantulas (Theraphosidae), giant cockroaches (Blaberidae), and members of the Buthidae scorpion family.

The smugglers were arrested and face potential fines and civil and criminal prosecution, although Colombian officials have not yet specified the charges. The animals, meanwhile, were safely secured by the Environment Ministry to be examined before either being freed or relocated.

“This is the second case in less than three months in which wild animals have been seized at El Dorado airport,” Urrutia told Deutsche Welle. “During this year we have already recovered more than 11,000 specimens throughout the city. Once again, wild animals will always be better off free and at home.”

Colombia is a proverbial treasure trove of creepy crawlers, critters, and creatures of all sorts. It’s one of only 17 countries with tens of thousands of different species. It has thus become a target for lucrative smuggling operations — with Europe serving as the primary black market for tarantulas. 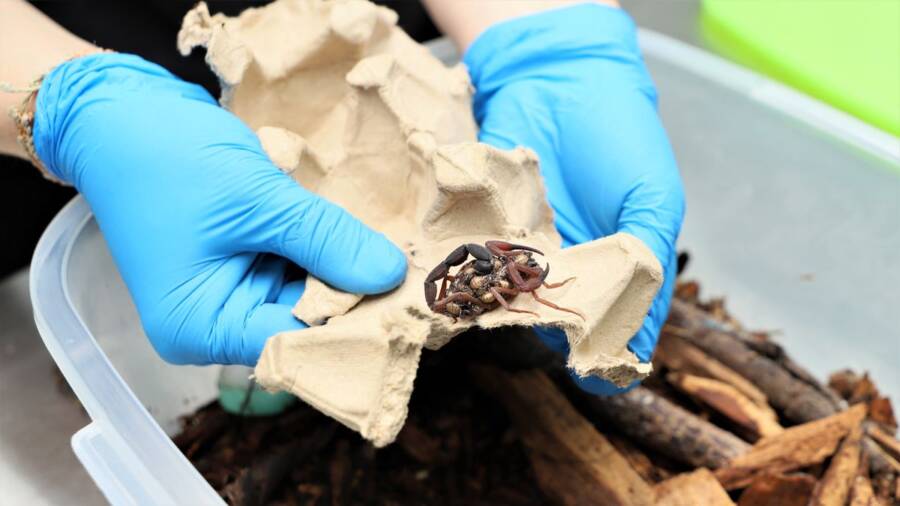 District Secretary of the Environment of BogotaColombia has become a popular target for lucrative wildlife smuggling operations.

Tragically, the fact that Colombia confiscated over 11,000 specimens this year only points to how many others were left undetected. Remarkably, 7,058 of those animals were still alive and crammed into containers. And El Dorado International Airport acknowledged in a statement that it “continues to be a focus of attention for wildlife trafficking in Bogotá.”

Earlier this year, Colombian authorities charged two Germans, one Venezuelan, and a Polish man for illegally smuggling nine tarantulas out of the country. Although traffickers will smuggle animals and goods for various reasons, one of the most common is tax avoidance.

It was only last October that a man trying to avoid paying an 18-percent tax on gold was caught smuggling two pounds of it in his rectum. After he arrived at India’s Kannur International Airport from Dubai, officials noticed him walking in a suspiciously strained manner and made the discovery after performing a search.

As for the German nationals now facing severe repercussions from Colombian authorities, there’s no telling just yet whether they’ll have to pay a fine or face actual jail time. In the end, what’s most important is that the South American nation protected its animals from being exploited.

After reading about the hundreds of smuggled creatures seized in Colombia, learn about the drug-smuggling cat caught by police. Then, read about the Bulgarian gang caught smuggling 4,600 looted ancient artifacts into the U.K.