"Meeting Vilma was a surreal experience ... I've come full circle and I'm taking care of babies with the nurse that took care of me." 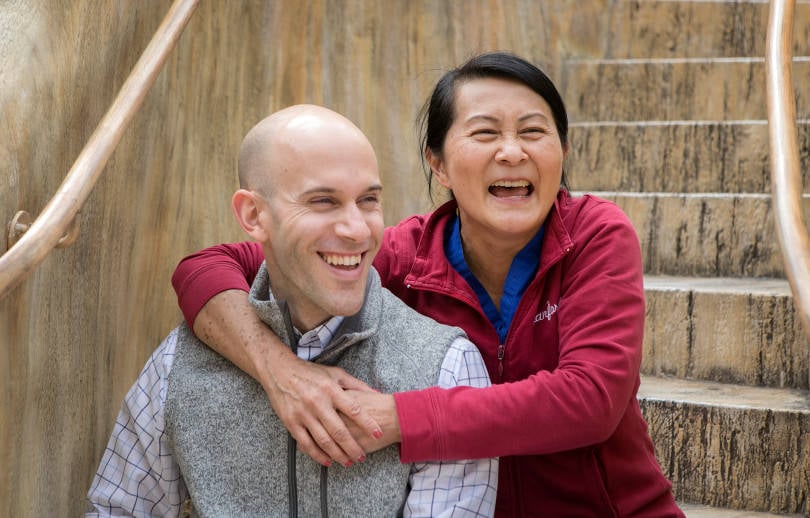 An inspiring story that started nearly 30 years ago has ended with a heartwarming twist.

Vilma Wong, a nurse in the neonatal intensive care unit (NICU) at Lucile Packard Children’s Hospital in Palo Alto, Calif. got the surprise of a lifetime when she found that one of her coworkers is a man who she cared for in the very same hospital when he was a premature baby 28 years ago.

Brandon Seminatore is now a healthy adult working as a pediatric neurology resident, his successful current life giving little indication of the difficulty with which it began. Born 13 weeks early in April 1990, Seminatore only weighed two pounds, six ounces, according to the Mercury News.

He spent the first 40 days of his life in the hospital’s NICU under the watchful eye of a team of nurses, led by Wong. Seminatore’s mother, Laura, credits the team of nurses for getting her and her husband, a local police officer, through this stressful time.

“They were the most wonderful nurses,” Laura told the Mercury News, “They helped calm a lot of our fears.” 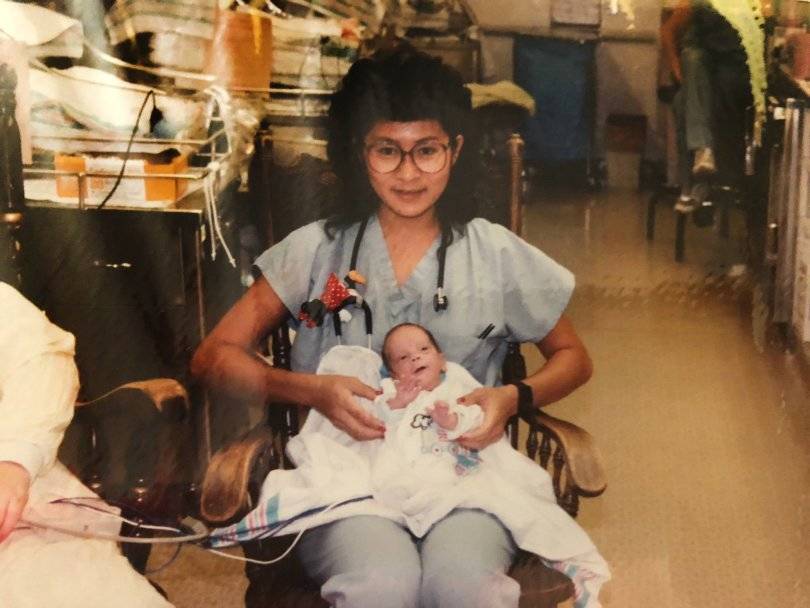 Then, 26 years later, Seminatore graduated from medical school and accepted a residency position in the same hospital where he spent the first month of his life.

His mother was ecstatic that he chose to begin his career in the same hospital where he was born, and in 2016 told him to look up a nurse named Vilma, who had cared for him. Seminatore initially brushed off his mom’s suggestion, assuming that the nurse must have retired by now.

It wasn’t until Aug. 2018 that the two finally met again. Seminatore was standing near an incubator in the NICU when Wong approached him in order to identify the man in her unit. When he told Wong his last name, his answer sounded oddly familiar.

“I kept asking him where he was from and he told me that he was from San Jose, California, and that, as a matter of fact, he was a premature baby born at our hospital,” Wong told the Mercury News. “I then got very suspicious because I remember being the primary nurse to a baby with the same last name.”

To confirm her suspicion, she asked Seminatore if his dad was a cop. Seminatore was confused as to how she could know what his father did and then remembered what his mom told him in 2016.

“There was a big silence,” Wong told Mercury News. “And then he asked if I was Vilma.” 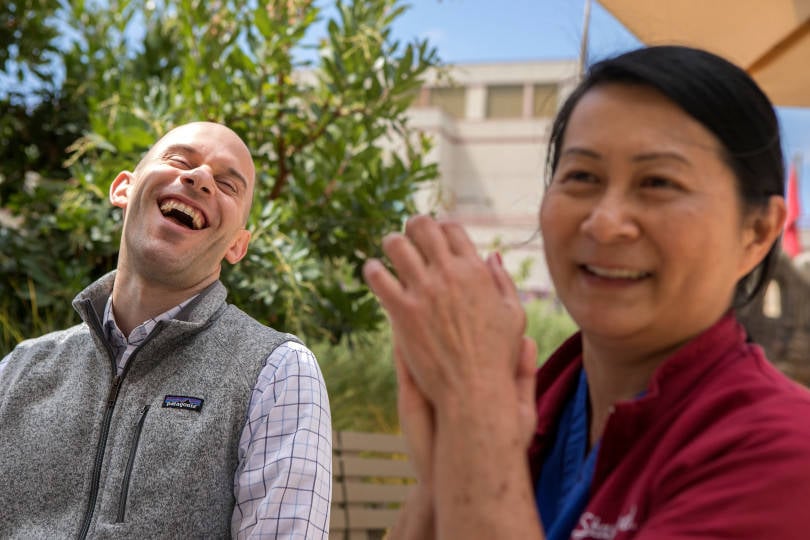 The now 28-year-old could not believe that out of the thousands of babies Wong has cared for over her 32-year career, that she remembered him.

“Meeting Vilma was a surreal experience,” Seminatore said in a hospital press release. “When Vilma recognized my name, it truly sunk in that I was one of these (premature) babies. I’ve come full circle and I’m taking care of babies with the nurse that took care of me.”

Wong echoed Seminatore’s sentiment by saying that she couldn’t believe they were together again in the same spot where it all began.

“I was in shock initially, but overjoyed to know that I took care of him almost 30 years ago and now he’s a pediatric resident to the same population he was part of when he was born,” Wong said. 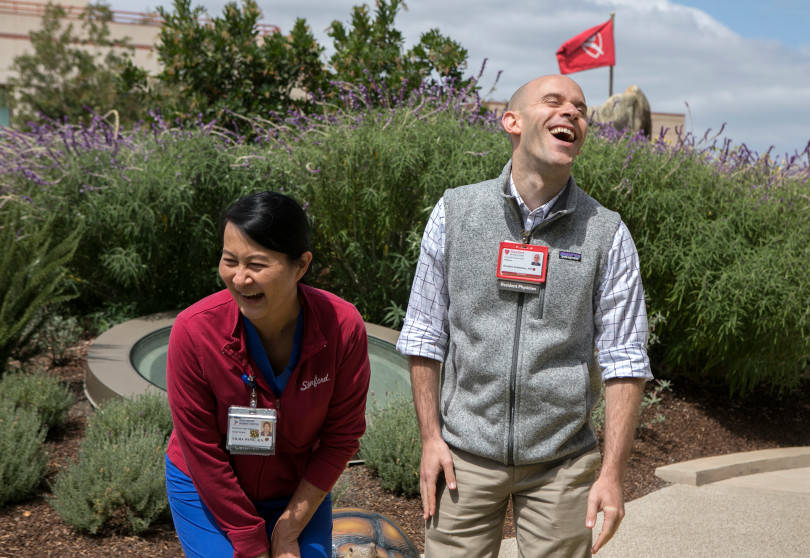 While Seminatore is unsure just how much his own experience in the NICU with Wong as a premature baby influenced his decision to pursue his current career path, he said it might have been a factor, according to the Mercury News.

Seminatore hopes that his story can help those going through similarly tough times.

“We all try to give our patients the best chance to grow up happy and healthy,” he said in the hospital’s statement. “This story is for families with children who have had a rough start in life. I want to give them hope.”

Next, discover the story of Zephany Nurse, who was kidnapped as a baby and ended up in the same class as her biological sister. Then read about Steve Dennis, the man who was left in a phone booth as a baby and reunited with his family 64 years later.