Brandon Swanson was on his way home for spring break in May 2008 when he got into a minor car accident and called his parents for help. Then, he suddenly vanished without a trace. 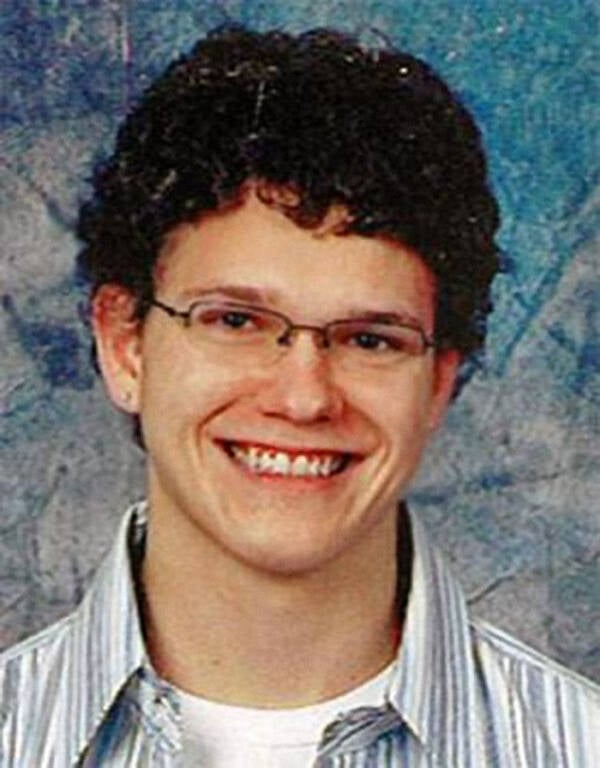 Wikimedia CommonsBrandon Swanson disappeared in the early hours of May 14, 2008. His final words to his parents on the phone were a chilling, “Oh s–t!”

When 19-year-old Brandon Swanson crashed his car into a roadside ditch near Minnesota West Community and Technical College in 2008, he naturally called his parents for assistance. As he maintained phone contact, instructing them on his estimated whereabouts, Swanson walked toward some lights he believed came from the nearest town, cutting through fields and climbing over fences as he went to save time.

Around the time their call reached the 47-minute mark, Swanson’s father heard him shout an expletive, and the line went dead — and Brandon Swanson was never seen or heard from again.

Now, more than 14 years after Swanson’s disappearance, police have still been unable to locate him, his remains, or his cellphone and car keys. And his parents are still searching for answers.

“You know, people don’t vanish into thin air,” Brandon Swanson’s mother said. “But it sure seems like he did.”

Brandon Victor Swanson was born on Jan. 30, 1989, and by 19, he was a 5-foot, 6-inch student at Minnesota West Community and Technical College.

On May 14, 2008, Swanson set out to celebrate the end of that year’s classes with friends. He attended a couple of local gatherings that evening, first in Lynd, near his home in Marshall, then in Canby, roughly 35 miles from home. Swanson’s friends would later report that, while they saw Swanson drinking, he didn’t seem drunk.

Swanson left Canby sometime after midnight to drive home, a trip he made practically every day as part of his commute to and from school.

But that night, instead of taking Minnesota State Highway 68, the most direct route between Canby and Marshall, Swanson chose to drive through rural farming roads, perhaps to avoid police.

Whatever his reasons, he soon got into trouble. Swanson veered into a ditch near a farming field and, because his car’s wheels were now elevated, couldn’t get any traction to drive back out. Around 1:54 a.m, Swanson called his parents asking for a ride home. He told them he was near Lynd, about 10 minutes from their home in Marshall.

Swanson’s parents headed out to pick him up, staying connected to the call as they drove — but they found nothing but pitch darkness. Tempers flared in the early hours as frustrations grew.

“Don’t you see me?” Swanson asked, as both he and his parents flashed their car headlights to signify their presence, CNN reported.

At one point, Swanson hung up. His mother called him back, apologizing, and Swanson told his parents he would just walk back toward his friend’s house in Lynd. And so Swanson’s father dropped his wife off at home and continued toward Lynd, remaining on the phone with his son.

As he walked in the darkness, Swanson suggested his parents meet him in the parking lot of a popular nightclub in Lynd, and decided to cut across a field as a shortcut.

Swanson’s father heard his son walking along, then abruptly shout, “Oh, s–t!” as the call dropped out. It would be the last word anyone heard from Brandon Swanson.

His parents’ repeated calls to his phone went straight to voicemail, and for the rest of the night Swanson’s parents, with the help of their son’s friends, searched the rural area’s endless gravel roads and farmland in vain.

The Search For Brandon Swanson Intensifies 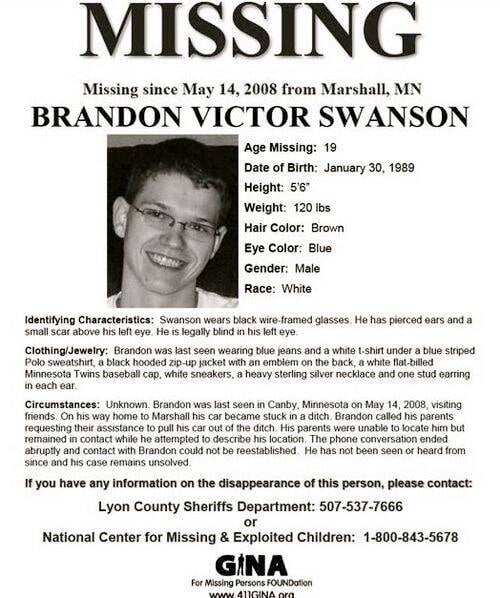 The next morning, at 6:30 a.m, Brandon’s mother Annette called the Lynd police to report her son missing. The police responded by saying Swanson was a teenage college kid, and it wasn’t abnormal for a young adult to be out all night after finishing college classes.

As the hours ticked by without Swanson’s return, local officers eventually joined the search, then requested a county-wide search response. Swanson’s phone was still functioning, and police triangulated the location of his last call to the nearest cell tower. It was in Porter – about 20 miles away from where Swanson had thought he was.

Police concentrated their search on the area around Porter, and Swanson’s green Chevy Lumina sedan was found that afternoon. The car was stuck in a ditch off of Lyon Lincoln Road, between Porter and Taunton, but officers found no sign of foul play — or Swanson. 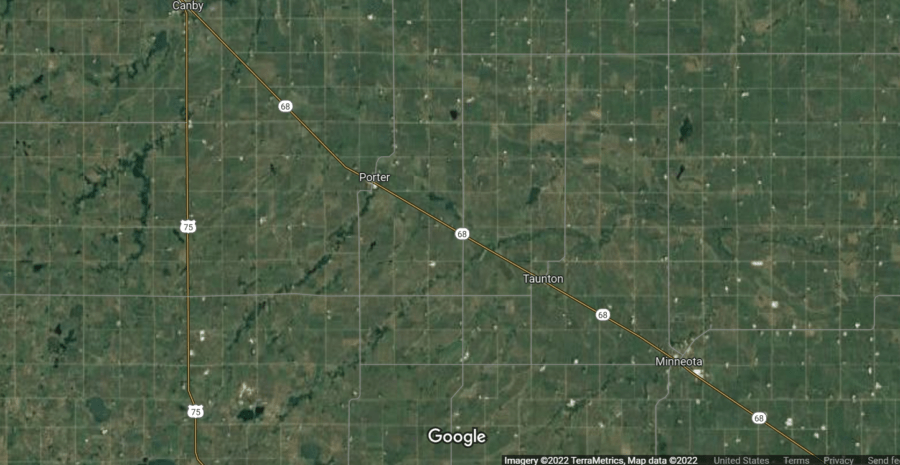 Google MapsPart of the vast search area for Brandon Swanson.

An extensive search involving police dogs, air surveillance, and hundreds of volunteers began. The canine unit led officers roughly three miles away from the ditch to the Yellow Medicine River, which was flowing high and fast, before losing Swanson’s scent.

No personal property or clothing belonging to Swanson was discovered on the route to the river, or alongside the two-mile stretch of the river in the area, which takes roughly six hours to walk.

Over a three-week period, search and cadaver dogs found nothing. Swanson had simply vanished into the rural farmland and backroads of Minnesota.

In late 2008, Emergency Support Services, a search and rescue organization based in Minneapolis, identified a 140-square-mile area of interest and focused their search there. However, some farmers refused to allow search canines onto their land, particularly during planting and harvest season, leaving significant geographic holes in the search for Swanson. And the issue persists to this day.

Before his disappearance, Brandon Swanson had no history of mental illness. He was generally healthy and had no known pre-existing conditions.

Some believe Swanson many have fallen into the river and washed downstream, but investigators thought that unlikely, as his body was never recovered. Likewise, if Swanson had fallen into the river, managed to climb back onto dry land, and eventually succumbed to hypothermia, a cadaver dog would also likely have picked up his scent.

Swanson’s mother was also doubtful her son drowned, according to CNN, as one of the tracking canines had followed Swanson’s scent from his car down a long gravel track toward an abandoned farm. The three-mile-long trail also led to the river, where initially the dog jumped into the water, then jumped back out, and continued tracking along another gravel trail until it, too, lost Swanson’s scent.

It seems unlikely that Swanson would have staged his own disappearance, as he’d been trying to meet up with his parents that night. One theory suggests that Swanson had experienced a mental breakdown, or had died by suicide. But his parents said that during their last phone call with him, Swanson had sounded coherent, and did not seem to be impaired, the Marshall Independent reported.

The Current Status Of The Search 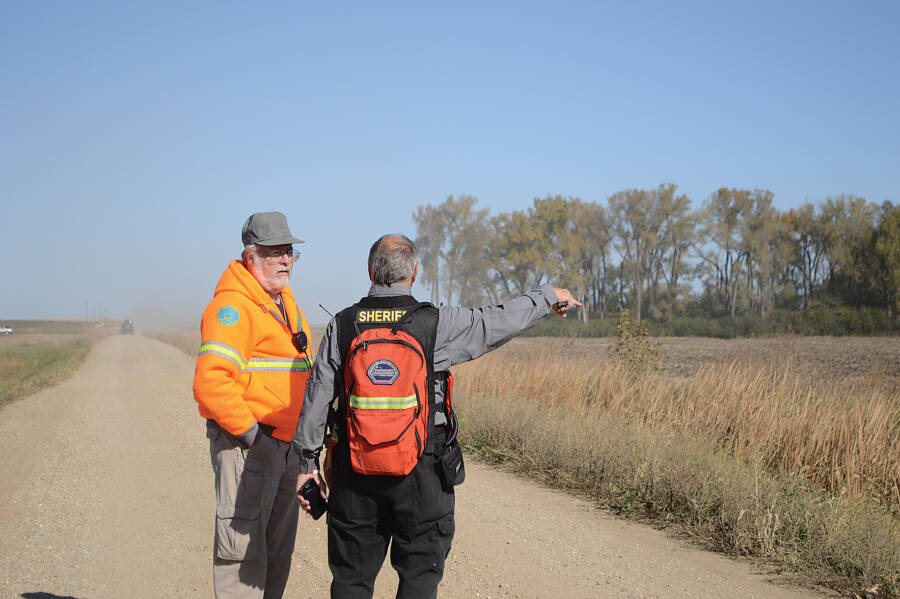 The law, for which which Swanson’s parents advocated, requires authorities to immediately take a missing person’s report and begin an investigation, regardless of the missing person’s age. The couple’s motivation was to prevent other families from having to experience the same obstacles they encountered while trying to initiate the search for their missing son.

More than 14 years have passed, and searches by Emergency Support Services and the Yellow Medicine County Sheriff’s Office continue when harvesting season allows.

Search teams also have to contend with the swirling southwest Minnesota winds, which have further complicated their efforts. Search managers have called the area where Brandon went missing the toughest terrain there is, with the exception of Canada, according to the Marshall Independent.

In the fall of 2021, the Yellow Medicine River dried up as the result of a drought, and law enforcement carried out an excavation that produced nothing. Law enforcement continues to field tips, which have kept Swanson’s case from going cold.

To date, no physical evidence related to Brandon Swanson has been recovered, including his cell phone, car keys, or clothing — and all his parents have left are memories and that last, chilling phone call.

After learning about the mysterious disappearance of Brandon Swanson, read other unsolved baffling cases like that of Brian Shaffer, who disappeared from an Ohio bar, and Brandon Lawson, who vanished from a Texan highway.