"His wish was to offer his head and his soul. So that the Lord could help him reincarnate as a higher spiritual being in the next life." 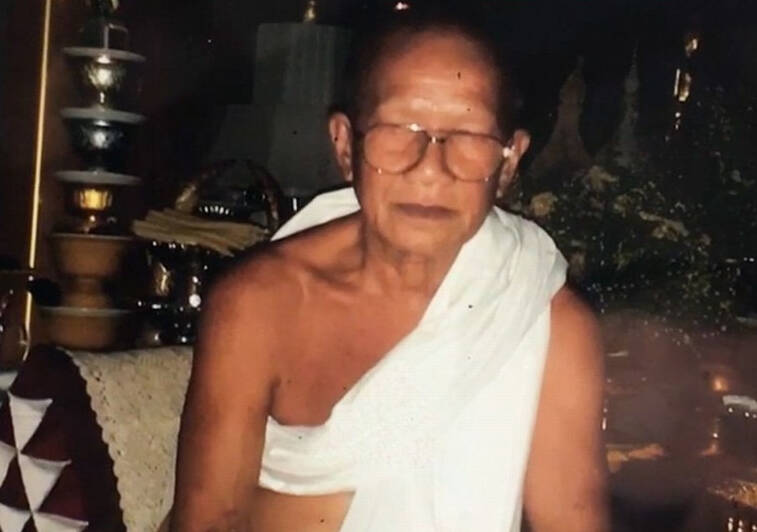 YouTubeThammakorn Wangpreecha had been planning his ritual for five years.

A Buddhist monk in Thailand hoped to be reincarnated as a “higher spiritual being.” So, he built a guillotine and chopped off his own head.

The monk, Thammakorn Wangpreecha, carefully planned his sacrifice for five years. On his 68th birthday, he took his makeshift guillotine to a Buddhist statue of Indra, which depicts the god holding its own head, and decapitated himself.

“Chopping his head off was his way of praising Buddha,” said Wangpreecha’s nephew, Booncherd Boonrod. The man discovered his uncle’s decapitated body on April 15 at the Wat Phu Hin temple in Nong Bua Lamphu province, in northeastern Thailand.

The monk left behind a letter explaining his actions, and even inscribed his plan in marble before he died.

“His wish was to offer his head and his soul,” explained Boonrod. “So that the Lord could help him reincarnate as a higher spiritual being in the next life.”

Buddhism emphasizes the idea of “rebirth” — that is, that after one dies in this life, one is reborn into the next.

Wangpreecha would have known Buddhist teachings well. He had served as a Buddhist monk at a Thai temple for 11 years. Recently, he had told other monks of his plans to leave the monkhood. But he never mentioned his plans to decapitate himself or how he had built a guillotine to do so. 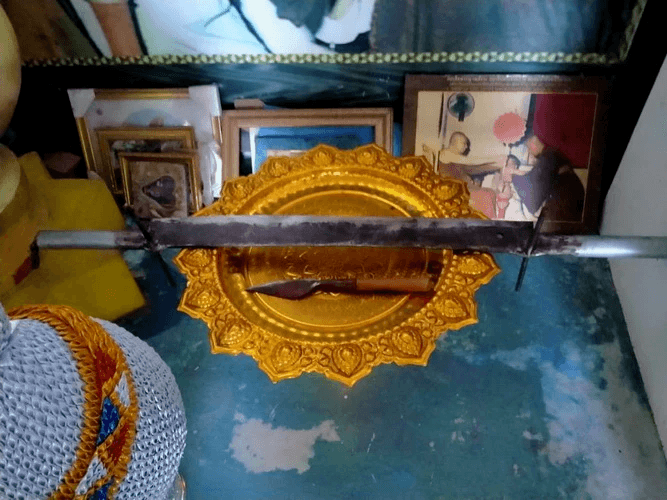 YouTubeThe homemade guillotine the monk used for his self-decapitation.

Such an act is rare among Buddhists. Wangpreecha justified his actions by following a tenet of Buddhism called “making merit.” This states that making a sacrifice can bring good luck in the afterlife.

Other Buddhist monks have made news in modern history by performing extreme acts of self-sacrifice. The act of self-immolation — burning one’s self alive — has been used by Buddhist monks as a political tool. Famously, Thich Quang Duc burned himself alive in 1963 in Saigon to protest the Vietnam War.

Self-immolation is different than what Wangpreecha did, however. Setting one’s self on fire is more tightly tied to political protest, especially in recent years. Wangpreecha’s self-decapitation was more religious in nature, focused on the idea of reincarnation and pleasing the Buddha.

For most Buddhists, however, making merit can be achieved by giving alms or praying. Good deeds like this result in good karma — from which Buddhists believe they benefit in the afterlife.

However, many who knew Wangpreecha found something to admire in his sacrifice. After his body was examined by police, some 300 people flocked to Wat Phu Hin temple to pay their respects and to prepare the monk’s body for burial.

“He fulfilled his goal and met enlightenment,” said one of his followers, named Yu.

Wangpreecha’s admirers placed the monk’s body in one coffin and his head in another. Then, they burned both coffins in the forest nearby. 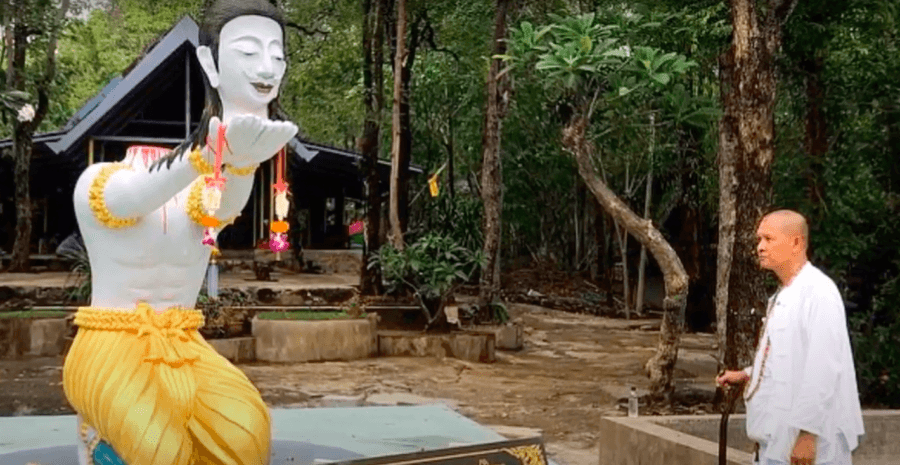 But Buddhist organizations have stressed that they do not condone behavior like Wangpreecha’s.

The National Buddhism Office spokesman Sipbowon Kaeo-ngam called the actions of Wangpreecha a “private matter” since Wangpreecha had left the monkhood before his death.

However, Sipbowon Kaeo-ngam went on to say that rituals like self-decapitation — alongside black magic and spells — were inconsistent with Buddhist teachings. Such practices should be avoided. Kaeo-ngam said that government religious authorities in Thailand would make an effort to redistribute “correct” Buddhist teachings.

“Temple executives and abbots should review their practices and look after other monks in their temples,” Kaeo-ngam stated. “This incident is possible evidence of neglecting to do so.”

The National Office of Buddhism insisted that Buddhists can “make merit” and gain karma in other ways. Buddhists can give money or free captive birds, for example.

What Buddhist organizations want to make clear is that anyone seeking to gain enlightenment shouldn’t go to the extremes that Wangpreecha did. It’s not necessary to chop off your head to order to gain karma and to have a good afterlife.

“We have to prevent such unpleasant situations from happening again,” Kaeo-ngam said.

After reading about the Buddhist monk who chopped off his own head, learn about the Sokushinbutsu, Japanese Buddhist monks who mummified themselves. Or, check out these dark Buddhist teachings that Westerners often overlook.