On a busy Saigon street in June 1963, Buddhist monk Thích Quảng Đức lit himself on fire and set off a chain of events that led to America's involvement in the Vietnam War. 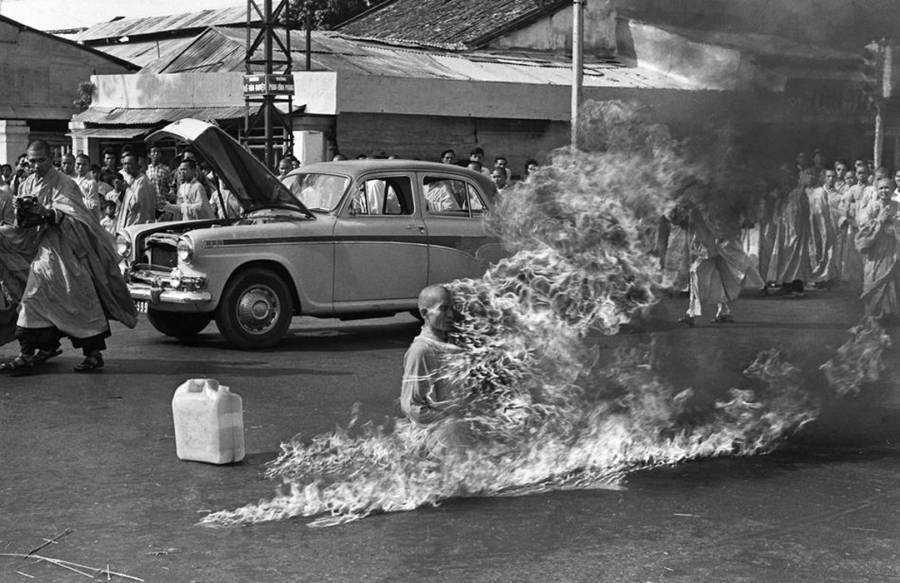 “No news picture in history,” John F. Kennedy once said, “has generated so much emotion around the world as that one.”

This was no exaggeration. When the Vietnamese Buddhist monk Thich Quang Duc burned himself alive on the streets of Saigon on June 11, 1963, it sparked a chain reaction that changed history forever.

His act of protest was on the front page of papers in almost every country. For the first time, the word “Vietnam” was on everyone’s lips when, before that day, most Americans had never even heard of the small southeast Asian nation hidden away on the other side of the world.

Today, the “Burning Monk” photograph of Thich Quang Duc’s death has become a universal symbol of rebellion and the fight against injustice. But as famous as the photo of his death is, only a handful of people, at least those in the West, actually remember what Thich Quang Duc was protesting.

Instead, his death has been reduced to a symbol — but it was far more than that. It was an act of defiance against a corrupt government that had killed nine of its own people. It fueled a revolution, toppled a regime, and may even be the reason that America entered the Vietnam War.

Thich Quang Duc was more than a symbol, more than the “Burning Monk.” He was a man who was willing to give up his life for a cause — and a man who changed the world. 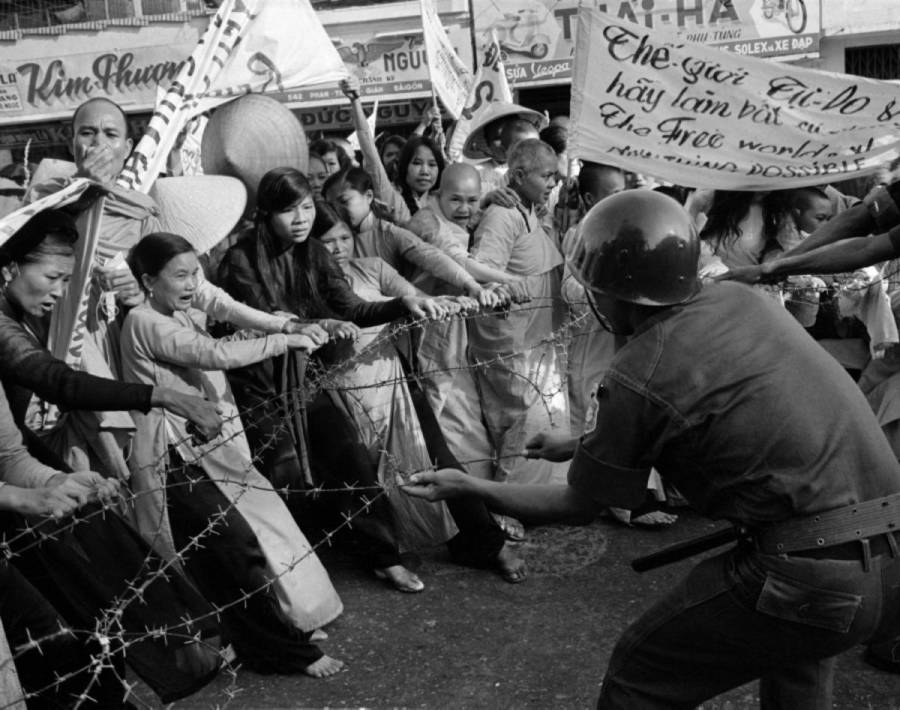 Manhai/FlickrBuddhist protesters pull on barbwire while clashing with the police in Saigon, South Vietnam. 1963.

Thich Quang Duc’s story starts on May 8, 1963, at a Buddhist celebration in the city of Hue. It was Phat Dan, the birthday of Gautama Buddha, and more than 500 people had taken to the streets waving Buddhist flags and celebrating.

In Vietnam, however, this was a crime. Though upwards of 90 percent of the nation was Buddhist, it was under the rule of a Roman Catholic, President Ngo Dinh Diem, who had made it a law that no one could display a religious flag.

Grumbling voices across the country were already complaining that Diem was discriminating against Buddhists, but on this day they got proof. Just a few weeks before, Diem had encouraged Catholics to wave Vatican flags during a celebration for his brother, a Catholic archbishop. But now, as Buddhists filled the streets of Hue with flags of their own to celebrate Phat Dan, Diem sent in the police.

The holiday turned into a protest, with a growing crowd coming out to demand equal treatment for Buddhists. The army was brought out in armored carriers to keep the peace, but things got out of hand.

Soon they opened fire into the crowd. Grenades were thrown and vehicles were driven into the crowd. By the time the crowd had dispersed, nine were dead — two of them children who had been crushed to death under the wheels of armored personnel carriers.