No Singing, Dancing, Or Jokes, Please 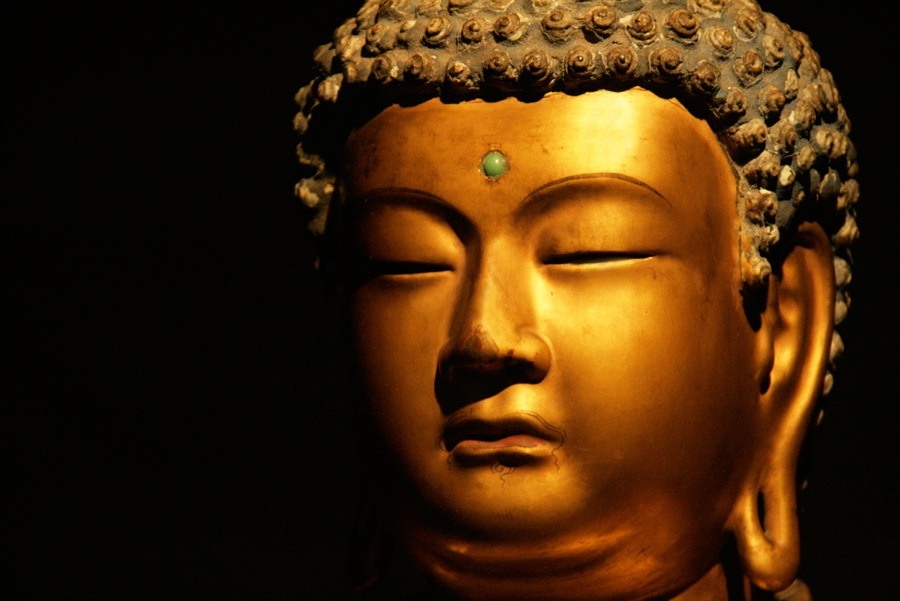 The Buddha was what you might call a staunch puritan. He advised his lay followers not to frequent public festivities or carouse at night or to gamble, and to be exceedingly frugal. He told his monastic followers to wander alone “like rhinoceros horns,” avoiding the conflict and stress of companionship unless there was spiritual insight to be gained from it.

Furthermore, the Buddha was also a critic of the human body itself, calling it “a sack full of impurities” and a “festering boil.” To cure their lust, he taught his monks to meditate on how revolting it was. The Buddha didn’t stop there: He detailed a series of cemetery meditations in which monks would watch human bodies in various stages of decomposition.

In fact, the most marked failure in the history of Buddhist teachings was surely when a large group of monks whom he had taught to meditate on the loathsomeness of their own bodies committed suicide as a result (the Buddha then modified his instructions so that monks would keep their psychic balance while meditating on the body).

In addition, the Buddha compared singing to howling, dancing to lunacy, and laughing out loud to childishness, advising his followers to give up singing and dancing and be content with only moderate smiling.

In one case, the Buddha had harsh words for an entertainer who believed that after death he would be reborn in a heaven of laughing angels. Far from being rewarded for making people laugh, said the Buddha, the entertainer would in fact be reborn in “the hell of laughter” for filling people’s minds with delusions.

And despite the Western view of Buddhist teachings as empirical, practical, and even scientific, he in fact claimed to speak regularly to devatas (spirit beings from a higher plane than the human) and claimed that he and some of his disciples had supernatural powers: ESP, telekinesis, astral travel, flight, and more. 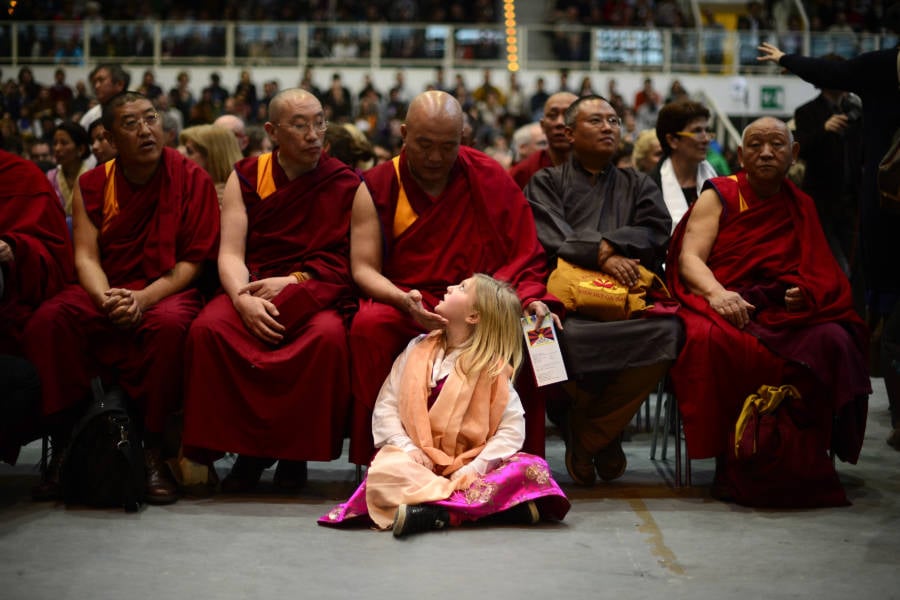 OLIVIER MORIN/AFP/Getty ImagesA girl sits by Buddhist monks during a public event with the Dalai Lama in Trento, Italy.

The Buddha’s record with women is complex and contradictory — and not exactly what you may imagine when thinking of tantra. While he affirmed women’s equal potential in the spiritual life by proclaiming that they too could attain nirvana and gave special teachings to laywomen in addition to creating a nun’s order, he’s also on record as saying some pretty vile things about women.

When talking to his monks, the Buddha is quoted comparing women to creepers that entangle and then fell a tree, and to poisonous black snakes on account of their being “impure, foul-smelling, dangerous, traitorous to friends, frightening, wrathful, hostile, and double-tongued.”

The Buddha also warned his monks that it would be better for them to put their penises in the mouth of a cobra or a pit of hot coals than in a vagina. The Buddha was, it should be noted, talking to monks, who are sworn to celibacy and must uphold their vows or suffer the karmic consequences.

All in all, far from the caricature of easygoing, all-accepting blissfulness that has inspired a million head shops to adorn themselves with Buddha statues, the actual Buddha was a complex human being and a stern, sometimes unpalatable spiritual teacher whose views are not as easy to digest as many might think.

Intrigued by this look at the dark side of Buddhist teachings? Next, let’s answer the question “what is Tantra?” — and discover why it’s not what you think it is. Then, read up on six interesting religions you’ve probably never even heard of.