Tom Moore's original fundraising goal was to reach about $1,250 by his 100th birthday on April 30th. 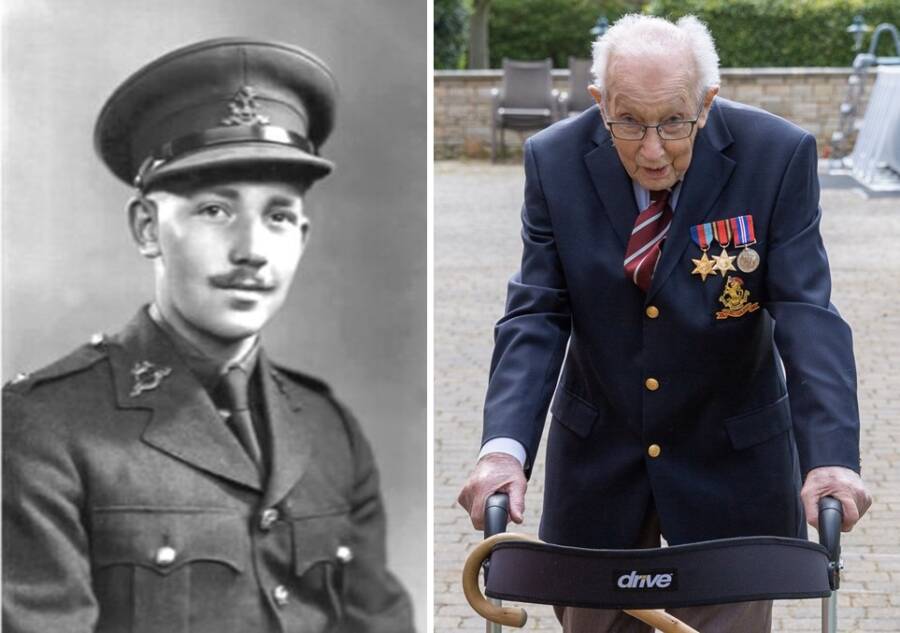 At 99 years old, Tom Moore is unable to get around without the help of a walker, but that didn’t stop the British veteran from doing what he could to help amid the coronavirus crisis.

According to the BBC, Moore setup a fundraiser for NHS Charities Together which raises funds for hospitals, healthcare workers, and patients affected by the COVID-19 pandemic in the UK.

To inspire people to donate to the cause, the elderly veteran pledged to walk laps outside in his garden in Bedfordshire.

The Great British public, your generosity is just incredible!

Moore, who is fondly called “Captain Tom” in tribute to his military service, described the outpour of support as “almost unbelievable.”

“When you think of who it is all for — all those brave and super doctors and nurses we have got — I think they deserve every penny, and I hope we get some more for them too,” Moore said.

According to Moore’s daughter, Hannah Ingram-Moore, her father had been recovering from a recent partial hip replacement. He had been exercising daily and, in a bid to help motivate her father, his daughter suggested he challenge himself to a routine exercise to raise funds.

Moore rose to the challenge and has been performing his 100-laps fundraiser by completing 10 laps every day around his garden.

“We set it up on April 8 [2020] and we’ve been explaining where the followers are and he’s been reading Twitter every day,” Ingram-Moore said.

Captain Tom Moore was born in Keighley, West Yorkshire, on April 30, 1920. He trained as a civil engineer before enlisting in the British army during World War II. Moore eventually rose to the rank of captain and served in posts overseas in India, Burma (now Myanmar), and Indonesia.

After leaving the army, Moore went into manufacturing and became the managing director of a concrete manufacturer. He has been living with his daughter, her husband, and their two kids since 2006 when his wife passed away.

But Ingram-Moore says that her father remains independent and likes to prepare his own meals despite their shared living arrangement. 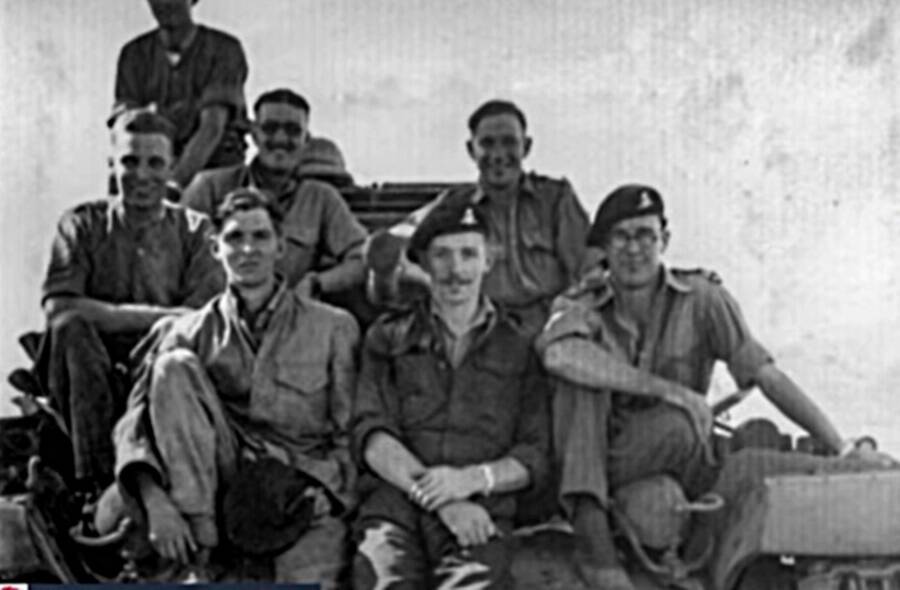 Screengrab from Good Morning BritainTom Moore (center front) was a civil engineer before he enlisted in the British army in World War II where he rose to the rank of captain.

“He’s stoic, humorous, steady as a rock and positive,” she said. “He always believes that tomorrow is a better day, which is his new hashtag [on Twitter], and is how we were brought up.” This April 2020 will be Moore’s 100th birthday.

“I think he’ll do this until everyone says, ‘Stop, don’t do this anymore.'” She added.

“I think I absolutely join the rest of the country in being truly inspired and profoundly humbled by Captain Tom and what he has achieved,” said Ellie Orton, chief executive of NHS Charities Together. “Thank you for being an inspiration and a role model.”

Although he has already raised millions to help fund Britain’s health department in its fight against the COVID-19 pandemic, Moore is adamant in completing his 100 lap challenge before his 100th birthday.

“Let’s all carry on and remember that things will get better,” Moore said. “We have had problems before — we have overcome them — and we shall all overcome the same thing again.”

After reading about the inspiring efforts of Captain Tom Moore, watch the ‘forbidden footage’ from World War II that shows the secret lives of British spies and checkout rarely seen color photos of World War II that truly bring history to life.