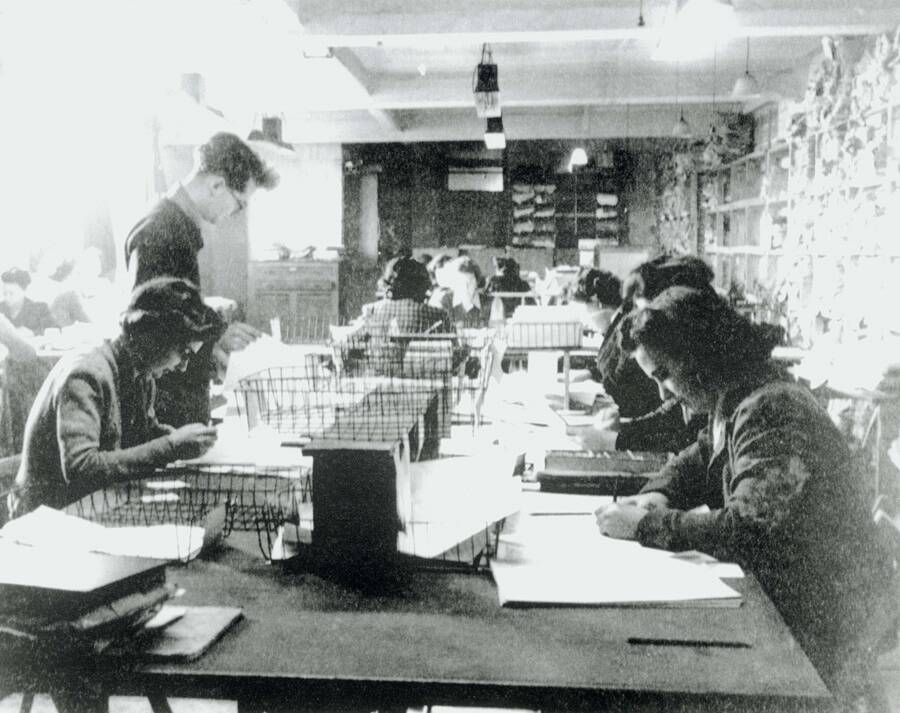 According to historians, it is the only known footage linked to the wartime activities conducted by the British intelligence agency.

As CNN reports, the secret video is believed to be a mash-up of footage shot at Bletchley Park’s Whaddon Hall facility, where the agency’s communication staff and codebreakers worked during the war. It is estimated that the footage was shot sometime between 1939 and 1945.

“We don’t know who filmed it and the footage doesn’t gives away any state secrets or any clues about the work the people in it are doing,” said David Kenyon, a research historian at Bletchley Park.

The mostly black-and-white silent film is 11 minutes long and shows members of MI6 Section VIII. Many of these codebreakers and communications officers helped decipher secret enemy codes and passed along intelligence from Bletchley Park to Allied commanders in the field.

Much of the never-before-seen video captures MI6 workers as they enjoyed off-duty activities, which included a cricket match and a soccer game.

The Bletchley Park Trust released a short video about the discovery of the footage titled ‘The Hidden Film.’

Among the secret service workers captured on film was Horace Pidgeon, the father of Section VIII veteran Geoffrey Pidgeon, who authenticated the footage.

“I’d never seen my father on a cinefilm before,” said Pidgeon. “I was very surprised and moved to watch it for the first time. It’s a remarkable find.”

Other MI6 members that the Trust was able to identify so far include Brigadier Richard Gambier-Parry, who was head of Section VIII, stores officer Ewart Holden, and first engineer Bob Hornby.

The historical institute has put out an open call to invite the public to reach out if anyone might recognize the unidentified faces documented in the secret film, which was donated anonymously.

The extremely rare footage provides historians with an unprecedented glimpse into the heavily guarded facility of the British intelligence service, and the film’s candid nature highlights the humanity of the agency’s members whose important work contributed to the Allies’ victory.

“There were very young people working here doing incredibly important work under quite difficult conditions: secrecy and also in wartime with friends and relatives fighting overseas,” explained Peronel Craddock, who heads the collections and exhibitions at Bletchley Park. 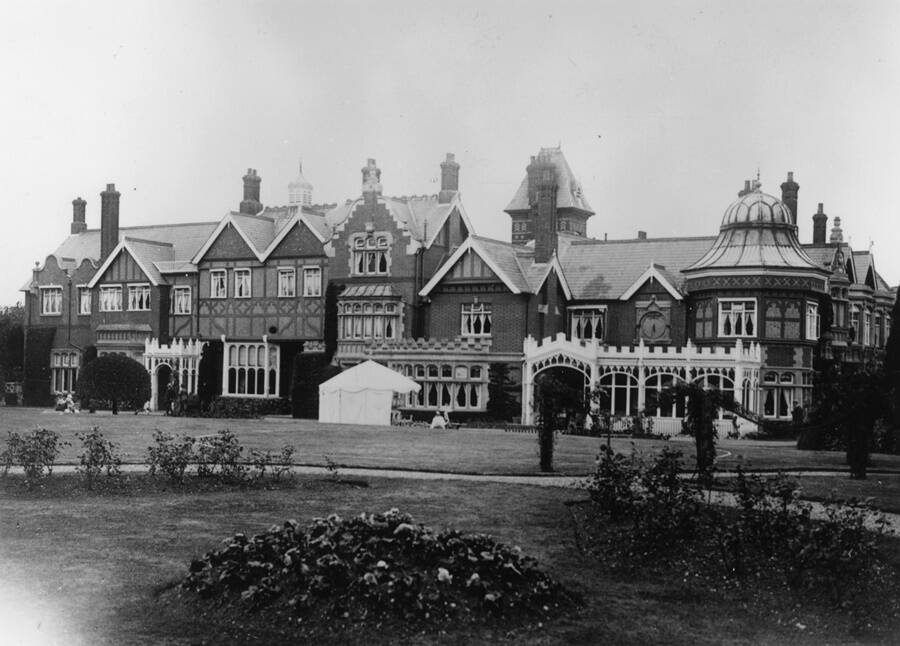 Located in Buckinghamshire, England, Bletchley Park was tremendously important to MI6 operations during the war as it housed the British government’s Code and Cypher School — the same place where codebreakers famously cracked the Nazis’ Enigma cypher.

The Enigma code was developed by engineer Arthur Scherbius and proved to be one of the more confounding Axis power encryptions that the Allies had to solve during the war. Eventually, British mathematician Alan Turing cracked the Enigma cypher during his service at Bletchley Park.

The historical significance of the wartime accomplishments that were made at Bletchley Park further magnify the importance of the newly discovered footage, however relaxed it might be.

“If it fell into the wrong hands, it would have given little away,” Kenyon said. “But for us today, it is an astonishing discovery and important record of one of the most secret and valuable aspects of Bletchley Park’s work.”

After watching the “forbidden footage” from World War II, learn about Dusko Popov, the man who allegedly inspired the story of James Bond. Then, discover the true story of Noor Inayat Khan, the Indian Muslim royal who became an indispensable British agent.