The Stage Mother That Introduced Young Drew Barrymore To Drugs 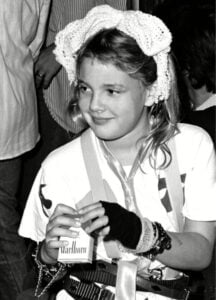 TwitterDrew Barrymore at Studio 54 when she was about 9 or 10 years old.

The 1982 blockbuster E.T. the Extra-Terrestrial made 7-year-old Drew Barrymore a star. But with a father who was a violent alcoholic, her rising career was managed by her unscrupulous stage mother, Jaid.

Not only did Jaid Barrymore introduce her daughter to New York City’s notorious Studio 54 when she was just nine, but also made her dance with famous men — and take drugs with them.

Drew Barrymore later recalled how her mom took her on nightly outings with her adult friends for five nights a week for a year. The child star began describing herself as a “party girl” and dabbled in cocaine and alcohol in adult clubs across Hollywood.

Barrymore’s mother didn’t mind her pouring Baileys over her ice cream and the child star became a daily cocaine user at the age of 12. Then, at age 13, Barrymore tried to kill herself by slitting her wrists. In 1988, her mother had her institutionalized. 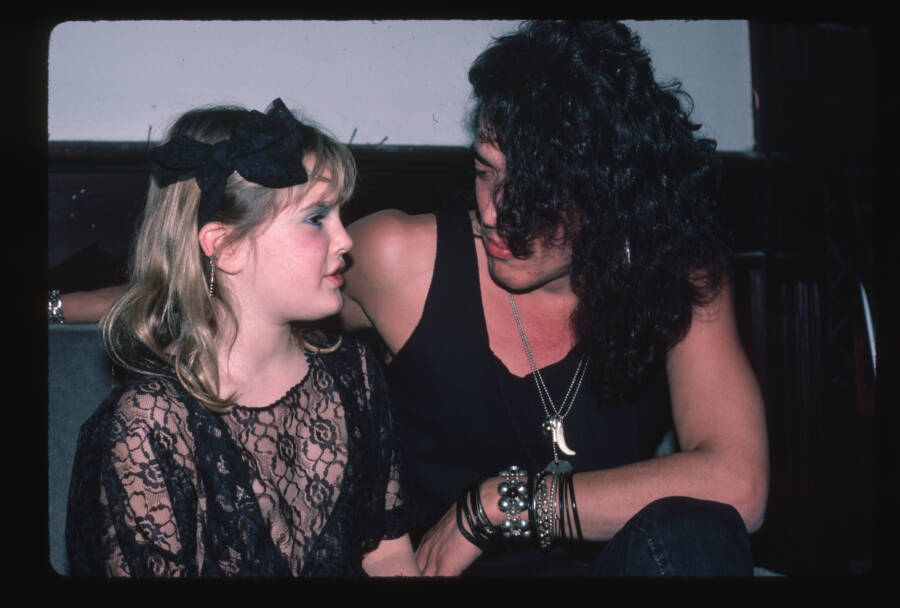 LGI Stock/Corbis/VCG/ Getty ImagesBarrymore with Ratt frontman Stephen Pearcy during one of her nightly 1985 outings in Hollywood.

Barrymore spent 18 months in a psychiatric facility in California, where she often found herself in solitary confinement. Finally, when she was 15, she filed for emancipation from her stage mother.

At 16, Barrymore found herself cleaning toilets for cash with a career that seemed irreparably damaged. But she found roles and revived her reputation and even eventually started her own production company.

Her father died in 2004, and Barrymore said she and her mother do speak these days. Barrymore has had children of her own since, and plans to give them a very different childhood from her own.