Why the ice volcanoes on the dwarf planet between Mars and Jupiter are disappearing. 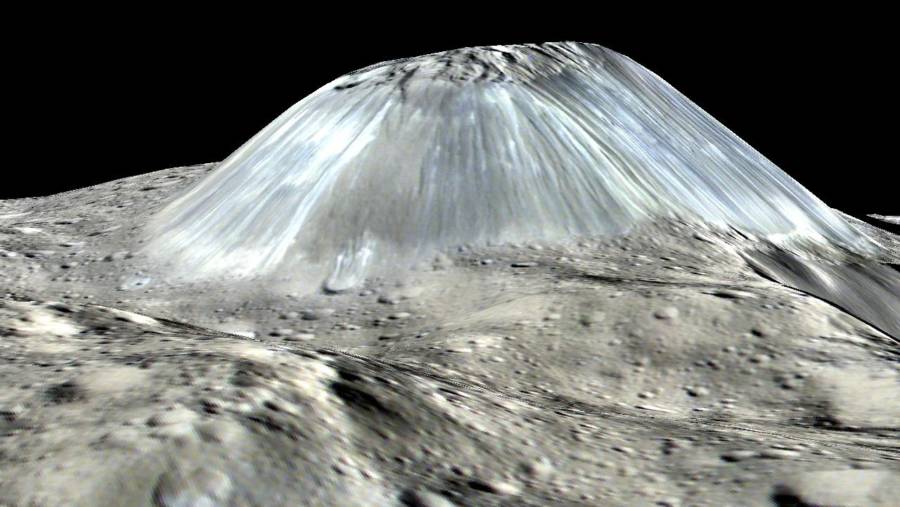 Researchers have discovered that Ceres, an icy dwarf planet located in the asteroid belt between Jupiter and Mars, may have vanishing ice volcanoes.

Ceres only has one single ice volcano, or a cryovolcano, on its surface, differentiating it from the other worlds in the solar system that have them as well, such as Charon, Pluto, Europa, Triton, and Titan.

Called Ahuna Mons, Ceres’ cryovolcano towers 2.5 miles into space and was discovered by NASA’s Dawn spacecraft in 2015. However, the question of why it’s Ceres’ only cryovolcano has puzzled scientists since.

But now, new research shows that Ceres may have had more cryovolcanoes millions or billions of years ago, but that over time, they flattened into the planet, becoming indistinguishable from the surface crust.

“We think we have a very good case that there have been lots of cryovolcanoes on Ceres but they have deformed,” said Michael Sori, the lead author of the new paper and a post-doctoral research associate at the Lunar and Planetary Laboratory at the University of Arizona, in a news release. “Imagine if there was just one volcano on all of Earth… That would be puzzling.” 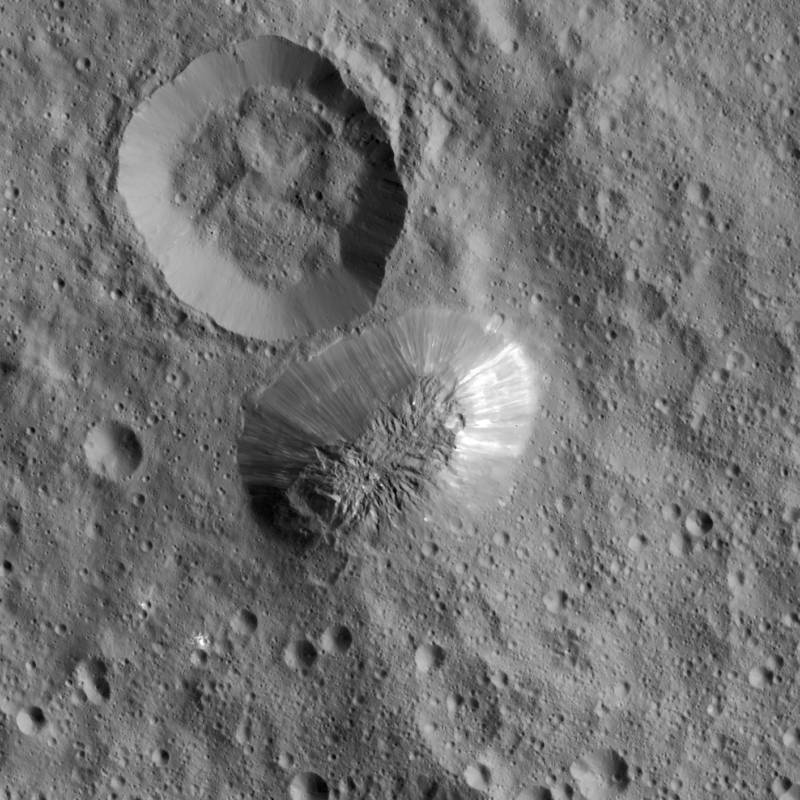 NASACeres’ Ahuna Mons as seen from NASA’s Dawn spacecraft, which flew 240 miles above the dwarf planet’s surface in December 2015.

So why did Ceres’ other cryovolcanoes flatten into the dwarf planet’s surface? Viscous relaxation, which is the concept that any solid will flow down with enough time, much like a frigid block of honey. It may appear to be solid, but eventually the block will flatten into surface-height goo.

Researchers state that process will happen to Ahuna Mons as well. “Ahuna Mons is at most 200 million years old. It just hasn’t had time to deform,” Sori said.

Because Ahuna Mons is made of water ice, and Ceres is closer to the Sun than other planets, Sori’s team predicted that the cryovolcano was flattening at a rate of 30 to 160 feet per million years. Given enough time, Ahuna Mons will become as unrecognizable as its ancestors.

“It would be fun to check some of the other features that are potentially older domes on Ceres to see if they fit in with the theory of how the shapes should viscously evolve over time,” said Kelsi Singer, a postdoctoral researcher studying ice worlds at Southwest Research Institute, and who was not involved with the paper, in the news release.

“Because all of the putative cryovolcanic features on other worlds are different, I think this helps to expand our inventory of what is possible.”

She added that she hopes that this new study will help scientists learn more about other quirks of the planetary bodies throughout our solar system.

Next, check out these 21 amazing photos of Earth taken from space, before checking out the world’s coolest photos of volcano eruptions.