Because the lone female was buried alongside four arrowheads previously believed to be only for men, archaeologists speculate that she was a person of power. 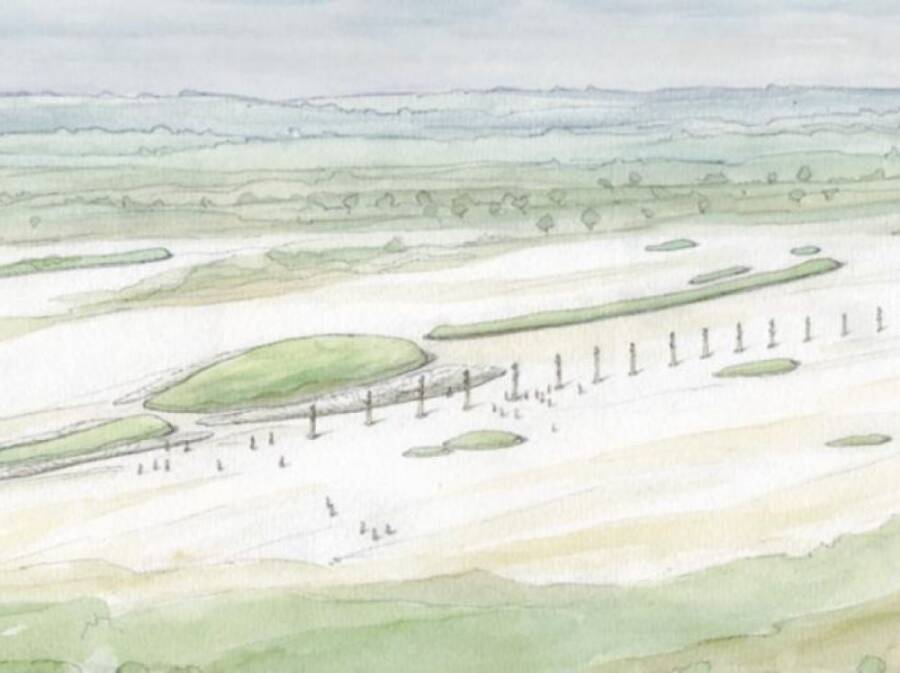 PNAS / LAURENT JUHELHow the graves in Fleury-sur-Orne may have looked when they were first dug by Cerny society some 6,500 years ago.

While analyzing the DNA of bodies buried in a Neolithic cemetery once thought to be only for men in Normandy, France, scientists made a shocking discovery: of the 14 remains they analyzed, just 13 were male. One was female, raising questions about gender roles in the New Stone Age society of Cerny.

The woman “hunter” was buried alongside the men in long barrow graves — raised mounds that can stretch hundreds of feet long — some 6,500 years ago. Archaeologists found four arrowheads alongside her, suggesting that she’d had a male role in the ancient culture.

Maïté Rivollat, an archeologist and geneticist at the University of Bordeaux and the lead author of a study about the findings published in Proceedings of the National Academy of Sciences (PNAS), speculated that the woman played a unique role in her society. She said, as reported by Live Science:

“We believe that these male-gendered artifacts place her beyond her biological sexual identity. This implies that the embodiment of the male sex in death was necessary for her to gain access to burial in these gigantic structures.”

But as Rivollat explained to Live Science, it’s impossible to know exactly what role this woman played in her Neolithic society. “I don’t think we can speculate anyhow about her status — we don’t have enough elements for that.” She said. 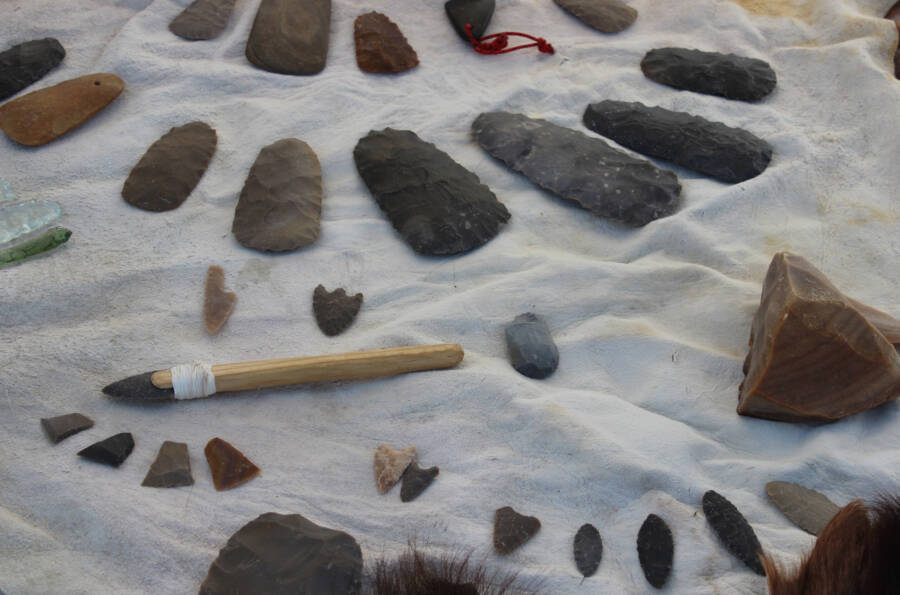 Pascal RadigueArrowheads and other items that were found in the Neolithic long barrow graves.

The burial ground at Fleury-sur-Orne was discovered in the 1960s thanks to aerial photographs and has been studied in depth since 2014. According to Wissenschaft, the site contains 32 burial mounds, most of which contain just one person (though some contain two or three people).

It’s similar to other Cerny burials located in the Paris Basin, where researchers observed that “individuals of power” seemed to be buried with tools like arrows and quivers. However, the Paris Basin burials contain a fairly even mix of men and women — whereas the Fleury-sur-Orne burial site appears to have been reserved for men.

That led the researchers to employ DNA to understand more about the men buried at Fleury-sur-Orne.

“Was the site used by a homogeneous group?” The researchers asked. “Does the burial site contain one or more biological families and what lineages can be inferred from the genetic structure?”

In other barrow graves, researchers have found genetic links between the bodies. But DNA proved that the people buried at Fleury-sur-Orne were largely unrelated (save one father-son pair buried in the same mound) and almost exclusively male. As such, researchers imagine that the site served an important purpose to the ancient people who used it over a long period of time.

“We hypothesize that different, unrelated families or clans used the site over several centuries.” The researchers explained in their study. They further hypothesized that the cemetery was used by a patrilinear community, where men of elite “hunter” status were buried.

As for the woman they found buried among the men, they added, “[A] single female buried with an arrowhead, otherwise considered a symbol of power of the male elite of the Cerny culture, questions a strictly biological sex bias in the burial rites of this otherwise ‘masculine’ monumental cemetery.”

Aline Thomas, an anthropologist and co-author of the PNAS study, seconded Rivollat in saying that it’s difficult to know for certain why this woman was buried alongside men. “We must not mix sex and gender,” Thomas told Sciences et Avenir.

“The only thing we can say is that during her lifetime, although female, this woman had to take on a male role for reasons that we will probably never know.”

For now, the researchers plan to continue to study the burial mounds. They hope to learn more about the people buried at Fleury-sur-Orne by using tools like isotopic analysis — which might paint a fuller picture of what these ancient people ate and where they came from.

Perhaps they’ll also discover more about the lone woman buried among men thousands of years ago.

After reading about the mysterious Neolithic woman buried among men in Fleury-sur-Orne, France, learn about the Slavic woman warrior found in a Viking cemetery. Or, discover the story of Scathach, the legendary warrior woman of Irish mythology.