The Story Of Legs Diamond, The Prohibition-Era Gangster Who Was Nearly Invincible

Bootlegger Jack "Legs" Diamond proved nearly impossible to kill as he withstood rivals like Dutch Schultz — until fate finally caught up with him and he was gunned down in 1931.

Diamond made his fortune during Prohibition. But the gangster also made enemies. He “borrowed” $200,000 from a pair of racketeers, blew the money on a cruise to Europe, and never paid them back. He shot a man for arguing with him in a speakeasy. And he slipped away from the feds after the infamous “million dollar seizure.” 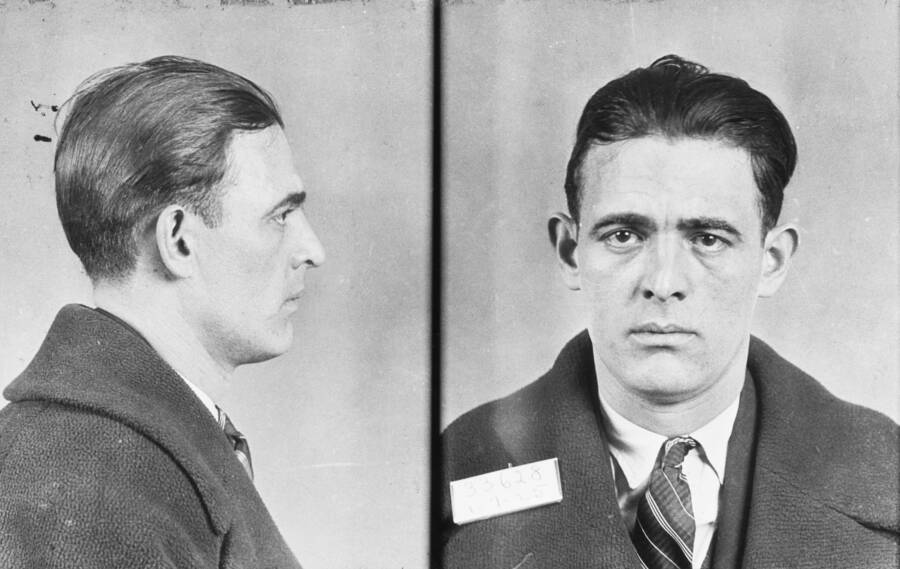 Most impressively, Legs Diamond escaped multiple gunmen who tried to kill him — until the gangster’s luck finally ran out.

The child of Irish immigrants, the future gangster was born Jack Diamond on July 10, 1897. Diamond grew up in Philadelphia until the family relocated to Brooklyn after his mother’s death in 1913.

Young Diamond joined a street gang called the Hudson Dusters. His first brush with the law came as a teenager, when Diamond swiped goods from a jeweler. At the end of World War I, Diamond found himself on the wrong side of the law again – this time, for desertion.

After a stint in prison, Diamond started working for gangster Arnold Rothstein, the man who fixed the 1919 World Series. The course of Diamond’s life would change in 1920, when Prohibition outlawed alcohol. Diamond became a bootlegger, applying the same skills he’d used as a gangster. 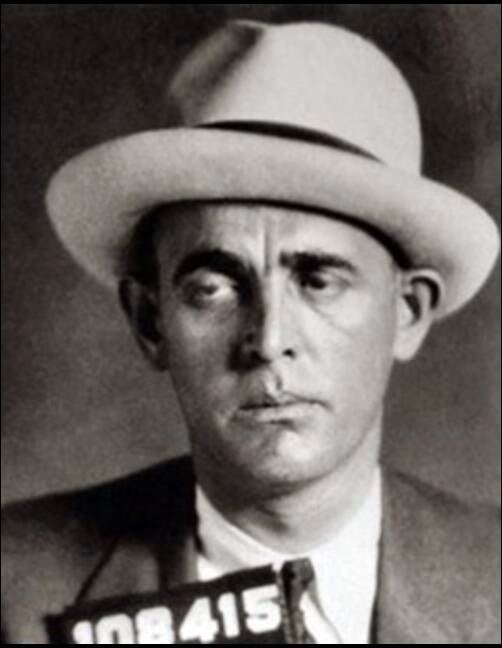 Instead of making hooch in hidden distilleries, Diamond found an easier way to break into the bootlegging business. He simply hijacked trucks carrying illegal booze. Diamond’s victims couldn’t go to the police, leaving Diamond with a never-ending supply of alcohol.

Legs Diamond quickly racked up a long list of enemies. In the 1920s, New York became the bootleg capital of the country. And Diamond wanted a piece of that pie.

As many as 100,000 speakeasies sprang up in New York City alone. And Diamond ran one of them.

In between raiding bootlegger trucks, Diamond came up with a scheme to keep the booze flowing. He bought up the Barmann Brewery in Kingston. Above ground, the brewery looked empty. But under the surface, a rubber hose ran through a half-mile of city sewers to deliver beer to a warehouse for bottling. 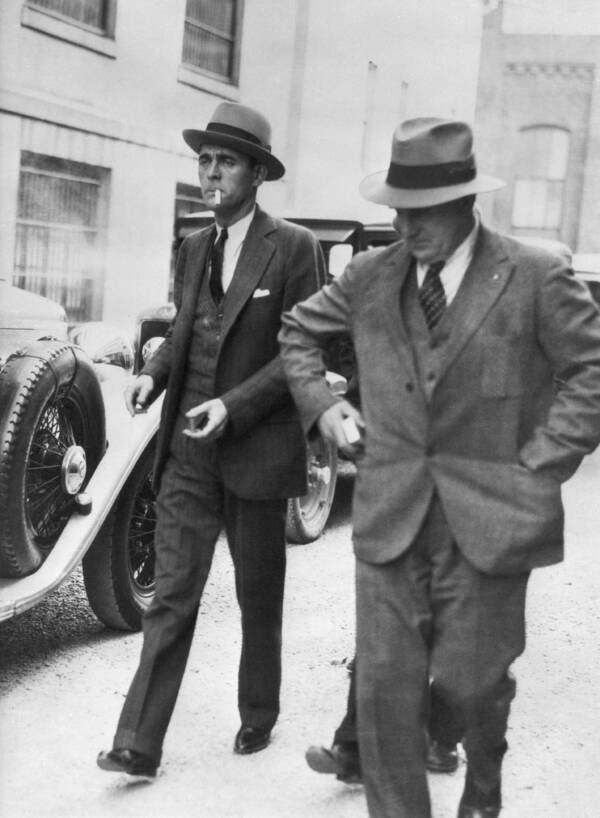 Bettmann/GettyAfter avoiding prison, Legs Diamond strolled down the street in 1931.

When feds finally raided the brewery in 1931, they discovered 3,000 barrels of beer and 41,000 bottles. They also nabbed so much cash that the raid became known as the “million-dollar seizure.”

But Legs Diamond wasn’t arrested that day. He was hospitalized recovering from gunshot wounds. A gunman had burst into the dining room at the upstate New York Aratoga Inn and pumped Diamond full of three shotgun blasts.

It was one of many brushes with death for Legs Diamond. During the drive-by shooting that killed Jacob “Little Augie” Orgen in 1927, Diamond caught a bullet to the leg. Over the next few years, Diamond escaped two more shootings that should have left him dead. 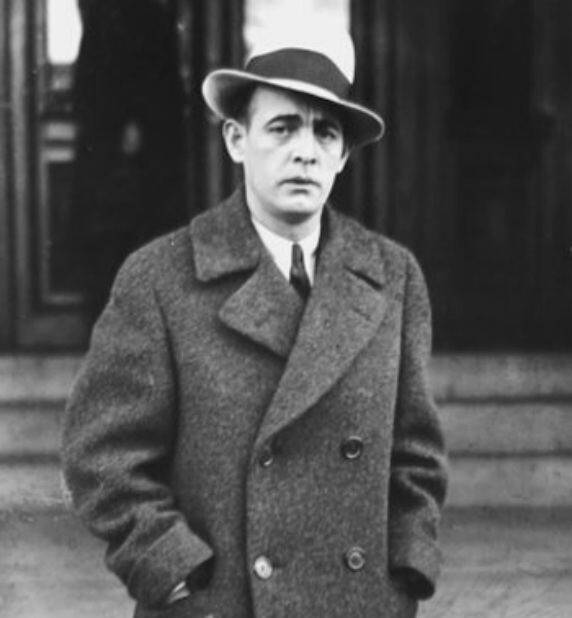 The money came from two prominent racketeers. Diamond promised to use the “investment” to start importing drugs from Europe. But when Diamond came back without a deal – and without the cash – his list of enemies grew even longer.

Why Diamond’s Enemies Thought He Was Invincible

During Prohibition, speakeasies were bathed in blood. Bootleggers and gangsters gunned down their enemies with little attention from the police.

On Dec. 26, 1925, heavies sent by Al Capone took out Richard “Peg Leg” Lonergan, an Irish gangster, along with several of his men. One paper reported that the gangsters “met quick deaths after the revolvers started blazing.” Police arrested Capone but eventually dropped their investigation. 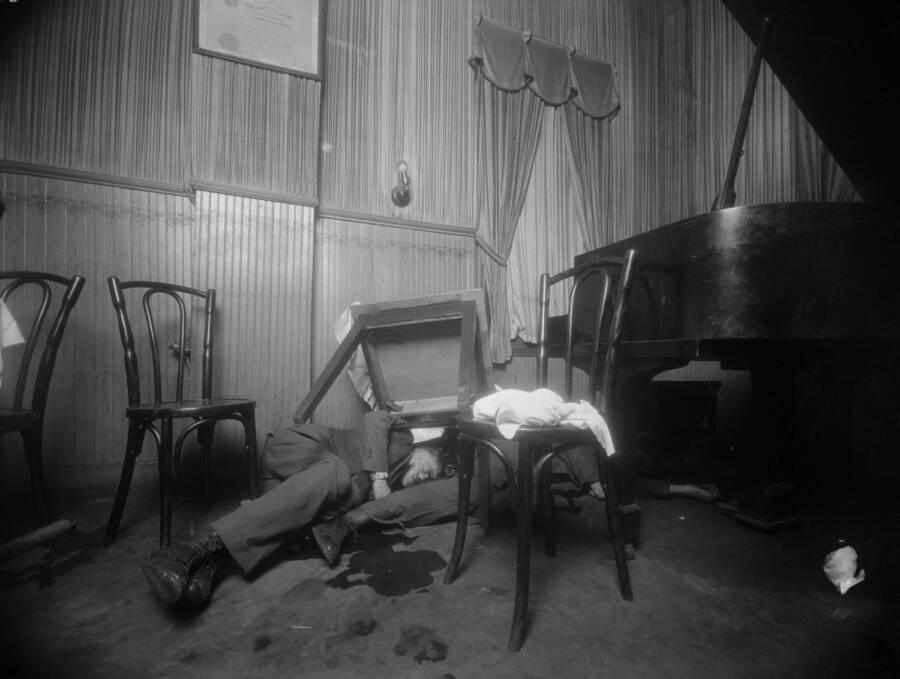 Legs Diamond also found himself on the wrong end of the revolver multiple times. During the summer of 1929, while sitting behind the bar at the Hotsy Totsy Club, Diamond pulled his gun on three toughs who dared to argue with him.

Diamond pumped one of the men full of bullets. And after someone gunned down two witnesses, Diamond escaped trial.

Eventually, Legs Diamond’s luck would run out. But not before he escaped death a half-dozen times.

On Oct. 12, 1930, Diamond was staying at the Hotel Monticello. Two goons broke into his room and shot Diamond five times. Not ready to give up, Diamond downed two shots of whiskey and dragged himself into the hallway, where he was taken to the hospital.

“Ain’t there nobody that can shoot this guy so he don’t bounce back?” complained rival Dutch Schultz.

The Death Of Legs Diamond

By 1931, it seemed like no one could kill Legs Diamond. But the gangster’s nine lives eventually ran out.

In December 1917, Diamond was on trial for kidnapping in Upstate New York. Outside the courthouse, a young boy hollered, “They’ll never get Legs!”

Somehow, Diamond earned an acquittal – likely by bribing the jurors. Diamond tossed back drinks to celebrate with his mistress. Then he returned to his boarding house in Albany. 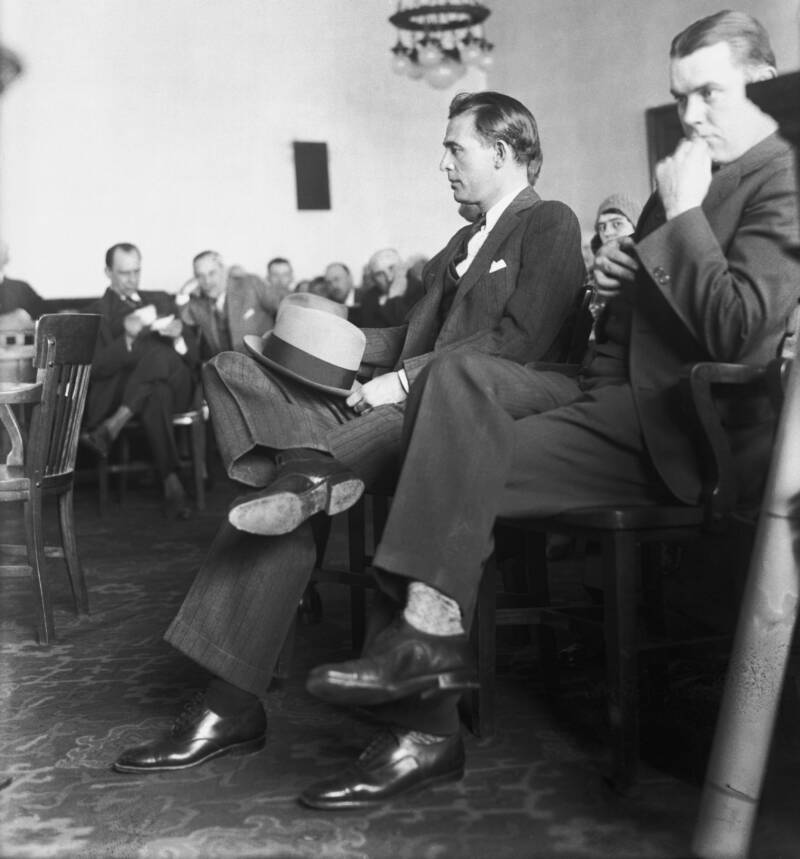 Bettmann/Getty ImagesLegs Diamond during one of his many trials, held in the Catskills in April 1931.

Around 5:30 a.m., two gunmen broke into Diamond’s room. One held Diamond down while the other pointed his gun at the passed-out gangster’s head. He fired three times — and this time, Legs Diamond died.

Who took out Legs Diamond? No one came forward to claim the honor. The main suspects include Diamond’s many rival gangsters, the racketeers he stole from, and the police.

Legs Diamond never got as big as Al Capone – but he did manage to escape death so many times that his rivals declared him impossible to kill.

Legs Diamond was one of many gangsters active during Prohibition. Next, learn about other famous gangsters from the 1920s and learn how Arnold Rothstein rigged a world series.