After being captured by the Germans in 1940, Charles Coward spent the rest of World War II as a POW — but still saved hundreds of Jewish prisoners from Auschwitz. 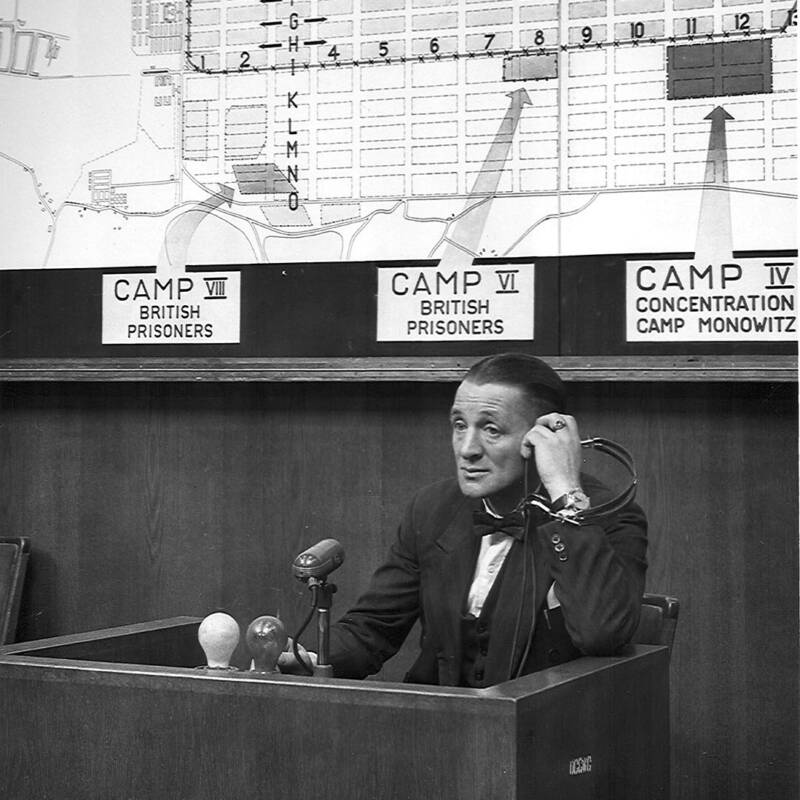 Charles Coward was a British soldier during World War II who saved hundreds of Jewish prisoners from Auschwitz. Captured by the Germans in 1940, Coward spent the majority of the war either escaping his German captors or helping save other prisoners until he was liberated in 1945.

By 1943, Coward had made several escape attempts but was always recaptured. That year, the Germans sent him to Auschwitz, where he was appointed the Red Cross liaison for all British prisoners of war due to his fluency in German. Soon, he became known as the “Count of Auschwitz.”

The position offered him relative freedom of movement and correspondence, and he wrote coded messages back to the British War Office informing them of what he saw. He also orchestrated several daring escapes for Jewish prisoners from the labor camp, and he even claimed to have snuck into the Jewish zone on one occasion.

On that mission, he witnessed some of the worst atrocities committed by the Nazis. But his observations formed the basis of his testimony at the Nuremberg trials, which saw the conviction of several executives of the chemical company that operated his section of Auschwitz.

How Charles Coward Was Captured 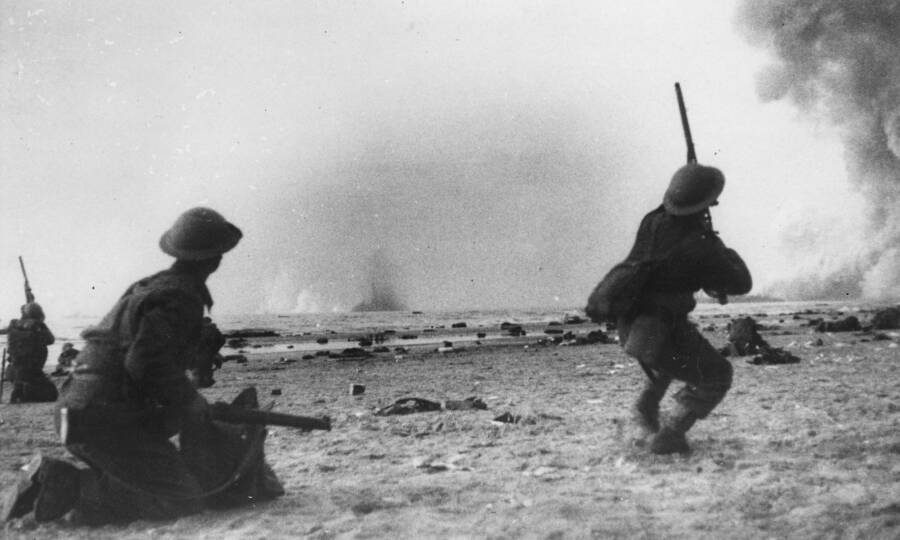 Wikimedia CommonsThe Battle of Dunkirk led to the British retreat and evacuation from France in 1940.

Charles Joseph Coward was born in England in 1905. He joined the British army in 1937, two years before the outbreak of war. Coward served in the 8th Reserve Regimental Royal Artillery. At the beginning of World War II, he was a Quartermaster Battery Sergeant Major.

Coward was part of the British Expeditionary Force sent to reinforce France in 1939. They were sent into action in May 1940 when German forces invaded. After only a few days of fighting, the British and French were forced to retreat towards the French coast.

The Germans attacked the French port of Calais on May 21. The Allies were driven back towards Dunkirk where most managed to escape to Britain. However, Coward surrendered and was taken prisoner at Calais.

He was now forced to sit out the rest of the war as a prisoner. The one advantage Coward possessed was his mastery of the German language. It likely kept him alive through the war. 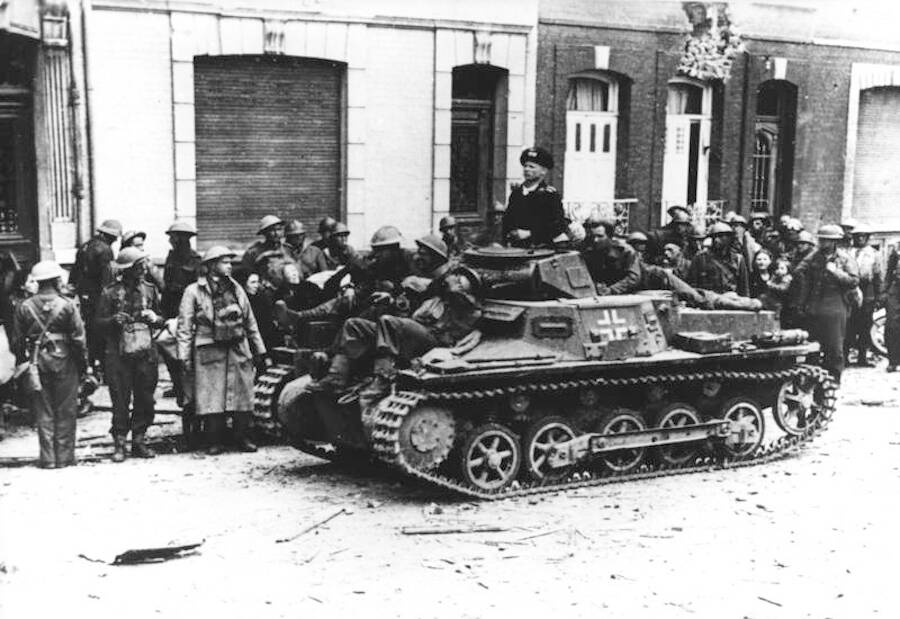 German Federal ArchivesBritish prisoners of war captured in Calais in 1940.

Before even getting sent to his first prisoner of war camp, Charles Coward twice managed to escape his captors. After being jailed, he made another seven successful escape attempts. Every time, however, he was recaptured before he could leave German-occupied territory.

But one escape almost worked out when Coward left his POW camp dressed up as a German soldier. Hurt from the escape, he entered a hospital for treatment. Since Coward was fluent in German, the hospital staff treated him like any other German soldier wounded in battle.

In fact, the act was so successful that while at the field hospital, Coward was awarded the prestigious Iron Cross, the highest German military award for courage and bravery.

Despite his superior language skills, Coward was soon discovered to be an imposter and sent back to prison. But the Germans had had enough of Coward’s antics. This time they transferred him to a more secure concentration camp. 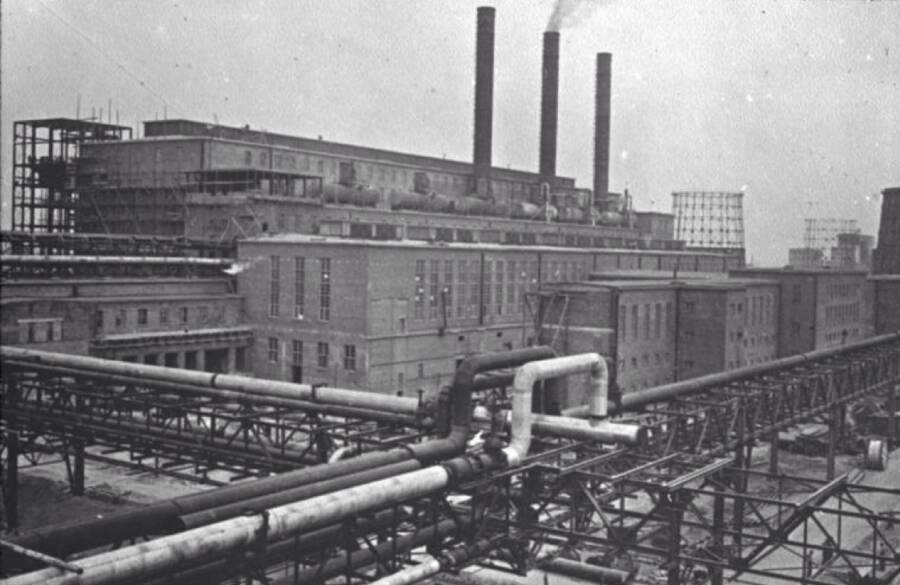 The Nazis sent Coward to the Auschwitz concentration camp in Poland. There were two sections in Auschwitz, one was the death camp of Birkenau, where prisoners were sent for killing. The other was the work camp Monowitz, which was divided into two sections, one for Jews and non-Jews.

Prisoners at Monowitz were slave laborers, slowly worked to death producing goods for the German war effort. The German chemical company IG Farben, which manufactured the deadly Zyklon B used to kill Jewish prisoners in gas chambers, ran the camp.

With his fluency in German, Charles Coward was still useful to his captors. He was appointed a Red Cross liaison officer, responsible for British prisoners of war.

The job put Coward in charge of distributing Red Cross supplies such as food and medicine to prisoners of war. There were an estimated 1,200 to 1,400 British prisoners at Auschwitz, and the new role gave Coward more access around the camp than most other inmates.

The camp authorities even allowed Coward to write letters to his “friend” William Orange back home in Great Britain. Unknown to his German guards, William Orange was a codename for the British War Office. In his letters, Coward used coded messages to tell “William Orange” all about everything he saw at Auschwitz.

How Charles Coward Smuggled Jewish Prisoners Out Of Auschwitz 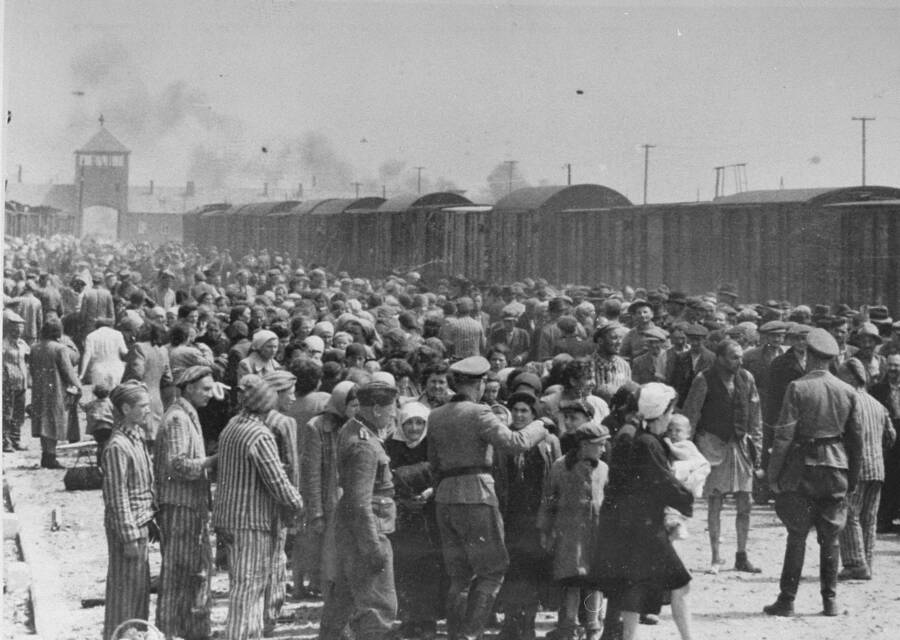 It didn’t take long for Coward to start helping others. First, he began smuggling extra food to the hungry prisoners whenever possible.

Then one day, Coward received a smuggled letter from a British Jewish doctor asking for help. The doctor, Karel Sperber, was born in Germany but had fled to England after Germany invaded Czechoslovakia. He later joined the crew of a British merchant ship as a physician but was captured after the Nazis attacked the vessel.

As a British civilian, Sperber should have been in the POW section of the camp. Instead, the Nazis put him in the Jewish camp, which held about 10,000 people. Coward answered the call and managed to sneak into the Jewish section and look for the doctor.

And even though Coward couldn’t find the doctor in the large crowds, he did witness the horrific conditions of the Jewish slave laborers in the camp and vowed to help them.

Coward came up with a plan. The Red Cross had given the POWs chocolates. Chocolate was a rare treat as part of the POW aid packages. But instead of giving it all to British POWs, Coward used some of it to bribe the camp guards. In exchange for the chocolates, the guards gave Coward access to the corpses of non-Jewish prisoners.

There were nightly marches of weak Jewish workers from the work camp to their death at the gas chambers of Birkenau, about five miles away. A few healthier workers sometimes snuck into the nightly processions in a daring but dangerous move. The healthy men dropped out of the march and hid in ditches.

Coward gave the men the clothes and papers from the corpses. Then the corpses were placed in the ditch wearing the Jewish workers’ uniforms. To the Nazis counting the dead bodies along the route, it appeared that everyone in the march was accounted for.

By Charles Coward’s own estimates, he saved upwards of 400 lives this way.

Testimony At The Nuremberg Trials 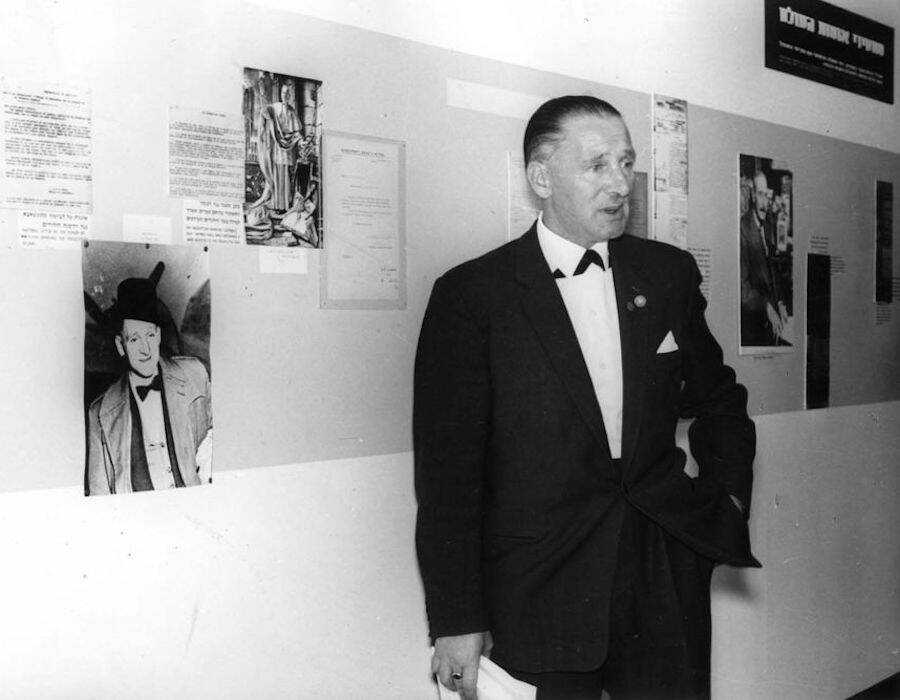 Yad VashemCharles Coward in Israel to receive the Righteous Among the Nation award, 1962.

As the Soviets advanced into Poland in January 1945, Charles Coward and the other POWs were forcibly marched west toward Germany in the bitterly cold weather. He and his fellow British prisoners of war were finally liberated in Bavaria.

After the war, Coward was called to testify at the Nuremberg war crimes trials as an eyewitness to the Nazi atrocities. In detail, Coward described the conditions at Auschwitz, the treatment of Allied prisoners of war and Jewish prisoners, as well as the locations of the gas chambers.

A book on Coward’s wartime exploits, The Password Is Courage was published in 1954, and in 1962 was adapted into a film starring Dirk Bogarde as Charles Coward.

Coward died in 1976, but not before he became the first British national to be named “Righteous Among the Nations” in Israel and have a tree planted in his honor at the Holocaust museum for his efforts to save Jewish lives. That is when the nickname “Count of Auschwitz” stuck.

Israeli president Shimon Peres credited Coward with saving his father’s life in a speech to the House of Commons in 2008. Coward, Peres said, “was not only the savior of many Jews but also our father’s brother-in-arms.”

After reading about the “Count of Auschwitz,” meet Gisella Perl, “The Angel Of Auschwitz”, who worked for the infamous Dr. Josef Mengele. Then, learn about the Ovitz family, a Jewish family of dwarfs who were brutally experimented on at Auschwitz.