"Most of the people say they decided to book after seeing this show. It's almost as though they watch it and then jump on a plane over." 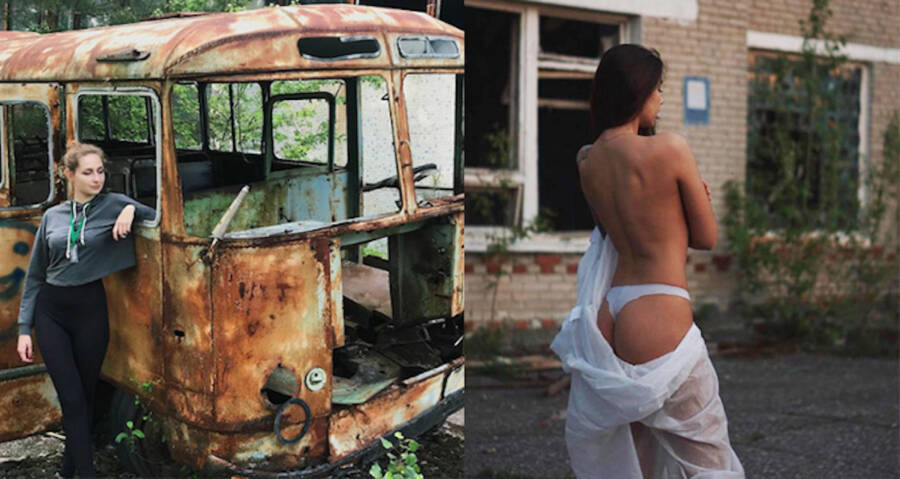 InstagramThe popular HBO show, Chernobyl, has inspired throngs of tourists to visit the nuclear site where many have gone to take disrespectful photos.

It seems that people just never learn. It wasn’t too long ago when tourists at Auschwitz sparked international outrage for staging and snapping photos of themselves posed on the train tracks that lead into the former Nazi concentration camp. Now in the wake of the hit HBO series, Chernobyl has become the new hot destination for disrespectful selfies.

According to CNN, the town of Chernobyl, where the worst nuclear disaster in human history took place after a nuclear reactor exploded in 1986, has seen a surge of both local and international tourists eager to explore its radioactive Exclusion Zone.

It’s probably no coincidence that the burgeoning resurgence of tourists to the site appears on the heels of the global success of HBO’s Chernobyl, which premiered in May.

“We have seen a 35 percent rise in bookings,” SoloEast Tour Company Director Victor Korol told CNN. “Most of the people say they decided to book after seeing this show. It’s almost as though they watch it and then jump on a plane over.” Korol said that his company has been taking up to 200 people on the weekends after the show came out.

While a boom in tourism is good news for any economy, the popularity of the Chernobyl site has also shone a light on how disrespectfully people can behave when left unchecked and armed with a mobile device.

A quick search of the towns Chernobyl and the nearby Pripyat on Instagram results in a bevy of inappropriate selfies taken in the very place where countless people suffered unimaginably painful deaths.

Instagrammers give thumbs-ups and peace signs, make funny poses or faces, conjure up “glam shots,” and, perhaps among the worst, even have the audacity to conduct semi-nude shots in the midst of the carnage leftover from the Chernobyl disaster.

Since 2011, much of the area directly surrounding the nuclear explosion has been opened for educational guided tours, though it is still considered one of the most polluted areas on the planet. Some parts remain off-limits, such as the “cemetery of machines” at the Rossokha village which has become a junkyard for the contaminated machinery used to clean up after Chernobyl’s nuclear fallout.

Visitors are allowed to enter the ghost city of Pripyat, which is the town located closest to the Chernobyl nuclear plant, as well as to visit an observation point not far from the massive steel sarcophagus that was built after the disaster to cover and contain the remains of the exploded reactor. 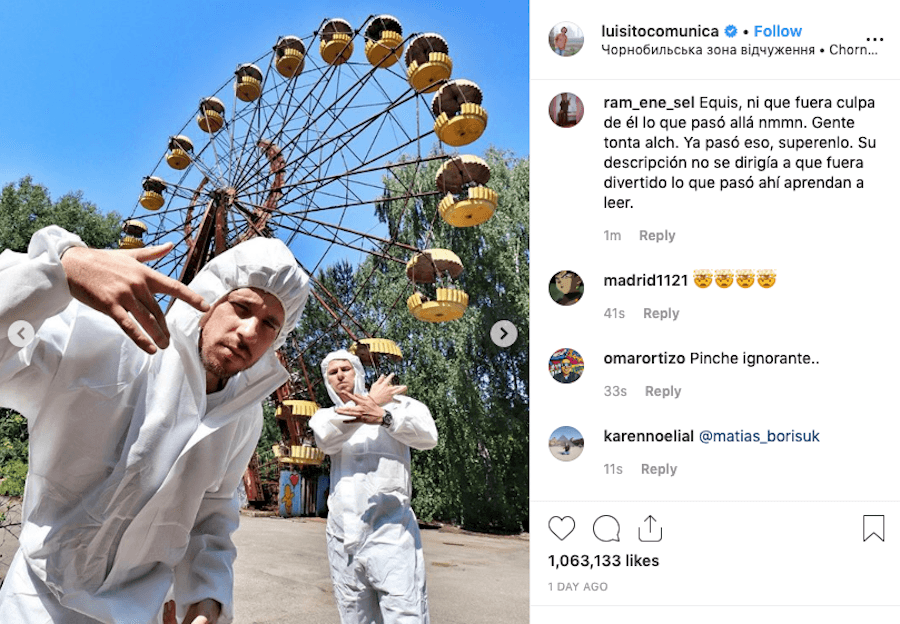 InstagramVisitors are seen posing with peace signs and smiles and staging inappropriate photo shoots by the nuclear ruins.

The reactor unit and a bright yellow Ferris wheel at Pripyat’s deserted amusement park seem to be the most popular selfie sites for tourists.

While the surge of tourism has undoubtedly been beneficial to the local economy, many of the site’s new visitors seem ignorant of its horrifying history. The flux of new snap-happy visitors has not gone unnoticed by the online community either, where these photos in the midst of Chernobyl’s destruction typically end up.

The lack of self-awareness in these selfie hunters has become such an embarrassment to some, that even creators of the HBO show have chimed in. Writer-producer Craig Mazin called out the wannabe influencers online:

“It’s wonderful that #ChernobylHBO has inspired a wave of tourism to the Zone of Exclusion. But yes, I’ve seen the photos going around,” writer-producer Craig Mazin tweeted out. “If you visit, please remember that a terrible tragedy occurred there. Comport yourselves with respect for all who suffered and sacrificed.” 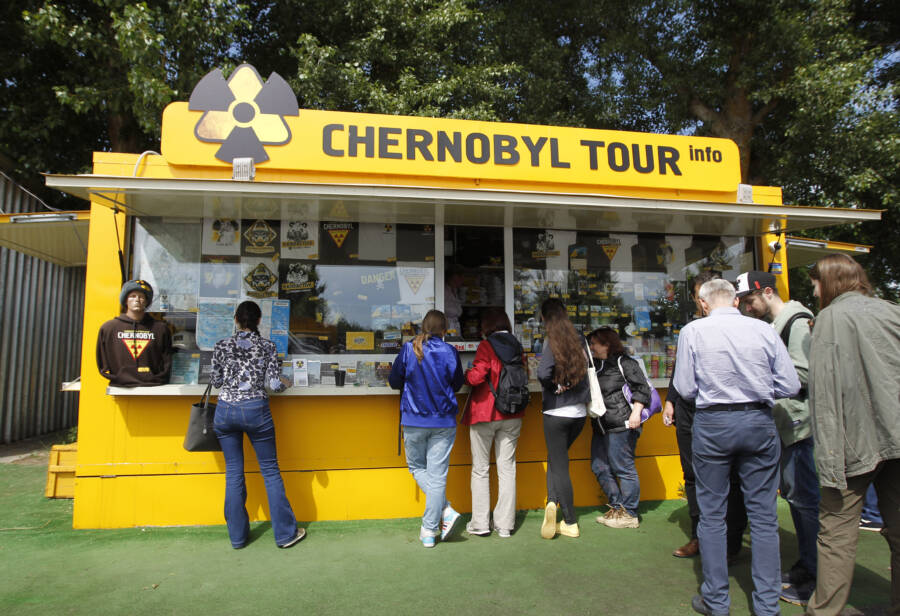 Pavlo Gonchar/SOPA Images/LightRocket via Getty ImagesA shop with Chernobyl souvenirs on the Dytyatky checkpoint at the Chernobyl exclusion zone in Pripyat.

The death count following the nuclear reactor explosions three decades ago continues to be debated. Chernobyl’s first responders bore the worst of it, with many including brave firefighter Vasily Ignatenko suffering deeply as their bodies became bloated and their skins peeled off as a result of direct exposure to the radiation.

Children grew up with defects while adults developed terminal illnesses such as thyroid cancer and leukaemia. Clouds of radioactive material carried the nuclear particles to Ukraine, Belarus, and reached as far as Sweden, killing up to an estimated 9,000 people, according to the U.N. That number is widely disputed with many experts believing that hundreds of thousands of more victims died from indirect effects of the nuclear disaster.

As such, it would seem prudent for visitors to keep these stats in mind when visiting the site.

Next, take a look at these 37 photos of Chernobyl today frozen in time by the nuclear meltdown. And then, learn the story of Anatoly Dyatlov, the man behind the Chernobyl disaster.