Apparently comparing a president to a cartoon bear is beyond the pale.

The Chinese government has recently added Winnie The Pooh to the many words and images blocked by the so called Great Firewall of China, reports the BBC.

The censorship of a cartoon bear may seem ridiculous to some, but the China has a history of blocking any internet content that may portray the Communist party or its leaders in a negative light — and that’s exactly why Winnie has gotten the boot.

As of late, Chinese citizens have taken to comparing Winnie The Pooh to President Xi Jinping. By drawing out the similarities between the two, the memes serve to depict Xi as lazy and foolish, a characterization the Chinese government fervently opposes. 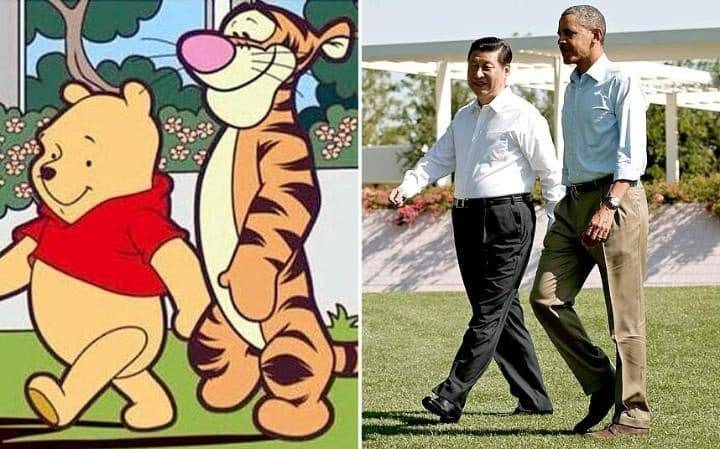 Now, following the block, when a person in China looks up Winnie The Pooh — or “Little Bear Winnie” as he is known in China — online, the search result simply displays a message which reads: “content is illegal”. All GIFs including the lovable bear have also been removed from the popular Chinese chat app, WeChat. 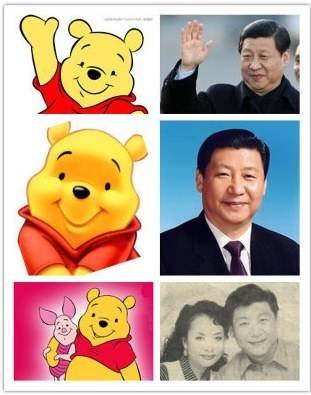 This is not an isolated event. In the past, government officials have blocked any information about anti-Communist actions or dissidents in Chinese history — even scrubbing the Chinese internet of any reference to the Tiananmen Square protest of 1989 and the government retaliation that followed it.

This internet censorship has worked remarkably well to keep most Chinese citizens in the dark about anti-establishment politics. Indeed, many Chinese youth have no idea about the Tiananmen massacre.

Beyond censoring anti-government sentiment, the Pook crackdown may have to do with timing. As the Communist Party Congress — a meeting where key party decisions are made — takes place this fall, Xi does not want to enter the negotiations looking weak in any way. Apparently targeting a cartoon bear is not demonstrative of that.

Next, read about a political party in Spain that is calling for all memes to be banned. Then, read about China and other governments ‘troll armies’ that they use to spread propaganda.