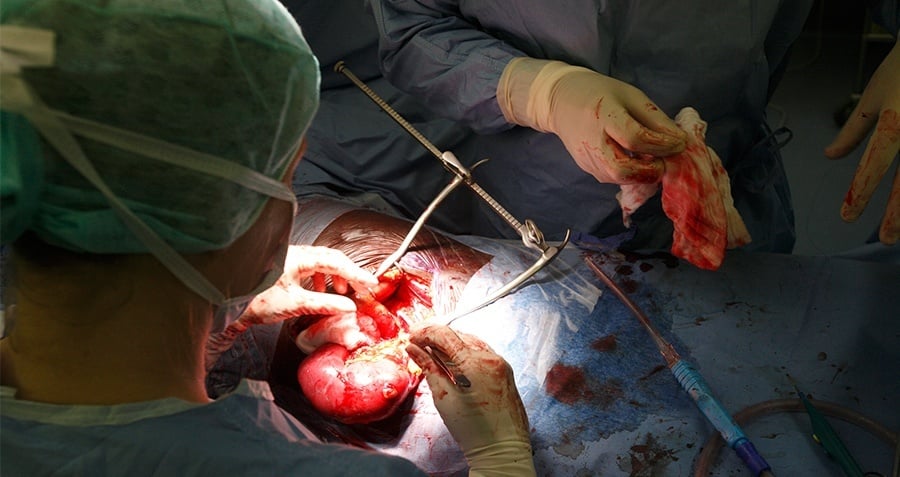 A new report led by the International Collation to End Organ Harvesting claims that up to 100,000 organs were harvested from Chinese prisoners in 2015.

The report, written by former Canadian lawmaker David Kilgour, human rights lawyer David Matas, and journalist Ethan Gutmann, says that China may even be killing people who are opposed to the Communist Party in order to harvest their organs.

They found a large discrepancy between the two figures.

On the other hand, the collation’s report estimates that 60,000 to 100,000 organ transplants take place in the country every year.

“The [Communist Party] says the total number of legal transplants is about 10,000 per year. But we can easily surpass the official Chinese figure just by looking at the two or three biggest hospitals,” Matas said in a statement.

Many of these organs are supposedly coming from executed political prisoners, whom the report calls “prisoners of conscience” — those people jailed for speaking out against the government.

According to the report, China harvests organs from imprisoned religious and ethnic minorities, such as Uyghurs, Tibetans, and Christians.

This report seems to contradict official pronouncements from Beijing, which claim that China has moved away from relying on prisoners for organs to become the number one country for voluntary organ donation in Asia.

However, the new report’s authors say they have “verified and confirmed 712 hospitals which carry out liver and kidney transplants,” even though the official number of hospitals approved to carry out organ transplants is only around 100.

The report’s authors testified before the U.S. House Foreign Affairs Committee this past Thursday. And the committee took a strong stance against China’s organ harvesting practice, calling it “ghoulish and inhumane.”

“As for the testimony and the published report, I want to say that such stories about forced organ harvesting in China are imaginary and baseless — they don’t have any factual foundation,” she said.

Representative Ileana Ros-Lehtinen, who is the former chair of the U.S. House Foreign Affairs Committee on this issue, had a harsh rebuttal to the government’s canned response:

“Robbing individuals of their freedom, throwing them in labor camps or prisons, and then executing them and harvesting their organs for transplants is beyond the pale of comprehension and must be opposed universally and ended unconditionally.”

Next, go inside China’s controversial Yulin Festival, where dog meat is consumed in huge quantities. Then, see some shocking photographs of the dire state of pollution in China.