Christian Brückner has a lengthy record of sexual crimes against children. He also made a phone call that ended an hour before McCann vanished — and re-registered his car under a different name the day after. 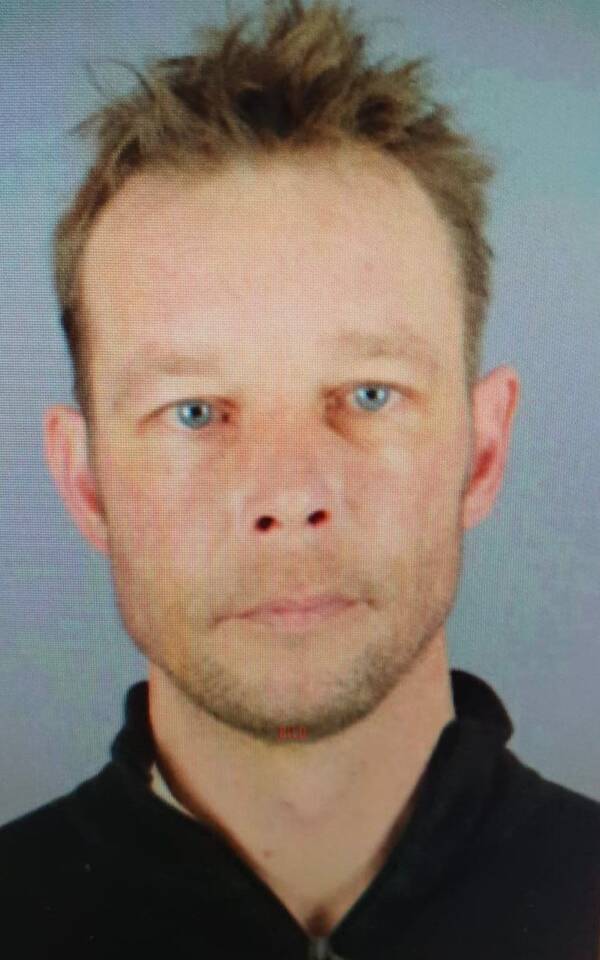 Public DomainChristian Brückner is the prime suspect and has a roster of child sexual offenses to his name.

Christian Brückner, a German man with a history of child sexual offenses, has become the prime suspect in the 2007 disappearance of Madeleine McCann. As authorities investigate the man, who is currently in prison for a separate rape charge, they are also assuming McCann is dead.

The toddler was last seen on May 3, 2007. She was just three years old when she vanished from a hotel room in Portugal’s seaside village of Praia da Luz. According to The New York Times, the confounding disappearance sent shockwaves across Europe, and sparked theories ranging from sex trafficking to her own parents being involved.

After years of speculation, this latest joint effort on behalf of British and German authorities marks the most promising development in the history of the case. The announcement that police suspected Brückner arrived on Wednesday evening — along with new, harrowing details.

The 43-year-old man not only lived in Portugal when the British girl disappeared, but in the very same region that the McCanns spent their 2007 vacation in. Unfortunately, the ominous facts don’t stop there. 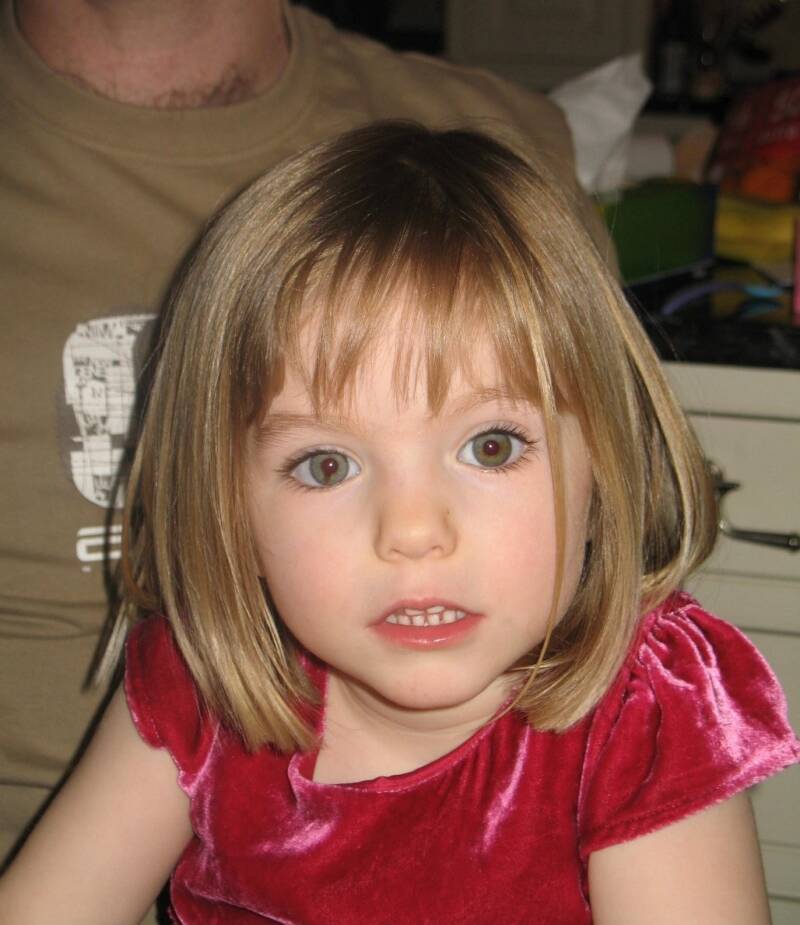 Federal Criminal Police OfficeMadeleine McCann has not been seen since May 3, 2007.

Madeleine McCann was staying in a holiday apartment with her younger twin siblings when she vanished. Her parents, Gerry and Kate, had gone to dinner with friends when it happened, certain their kids would be safe 200 feet away from the restaurant. But one child clearly wasn’t.

Portuguese authorities were overwhelmed with false leads and a baffling lack of evidence and closed the case one year later. Fortunately, London officials reopened the investigation in July 2013 — after tabloid attention took the nation by storm and led police to two years of case file review.

Millions of dollars have since been spent on the matter, with no confirmed sightings nor official charges befalling a single suspect. Finally, it appears as though police are hot on the heels of a man who may have kidnapped — and killed — the three-year-old British toddler.

“We have established that he lived on and off in the Algarve between 1995 and 2007,” London’s Metropolitan Police statement said, adding Brückner was “connected to the area of Praia da Luz.” 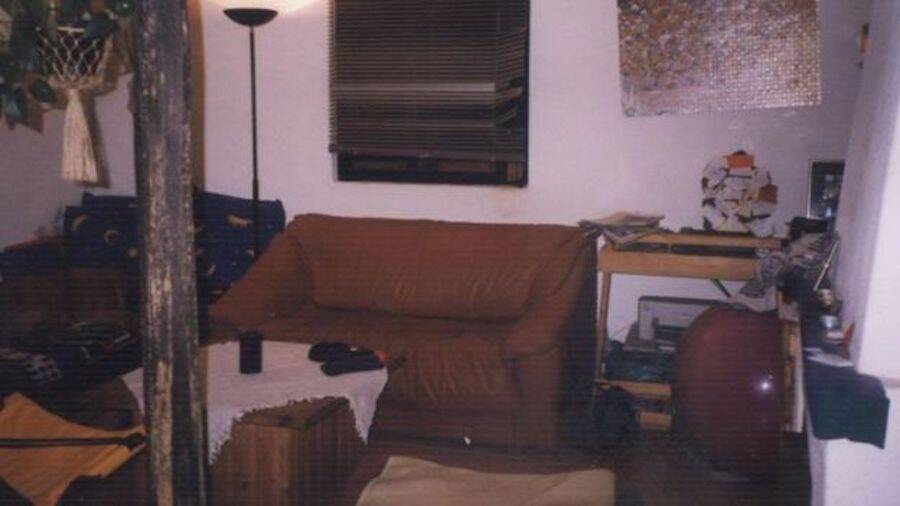 The statement announcing Brückner as a suspect also revealed he had a phone conversation that ended about an hour before McCann went missing.

“Investigators believe the person who made this call is a highly significant witness and are appealing for them to get in touch,” the police said.

Furthermore, the 43-year-old earned a living “by committing criminal offenses, such as burglaries of hotel complexes and holiday apartments as well as trafficking in narcotic drugs.” Christian Hoppe, a German Federal Criminal Police investigator, expounded on Brückner’s disturbing past.

With 17 crimes on his record, Brückner was deported to Germany in 2017. Police encountered him and noticed a warrant out for his arrest. He’s been behind bars ever since.

In regard to the McCann case, recent evidence involving Brückner’s car is quite suspicious. His 1980s Volkswagen camper van was seen in Praia da Luz mere days before McCann disappeared. He’d apparently been living in it for days or weeks. 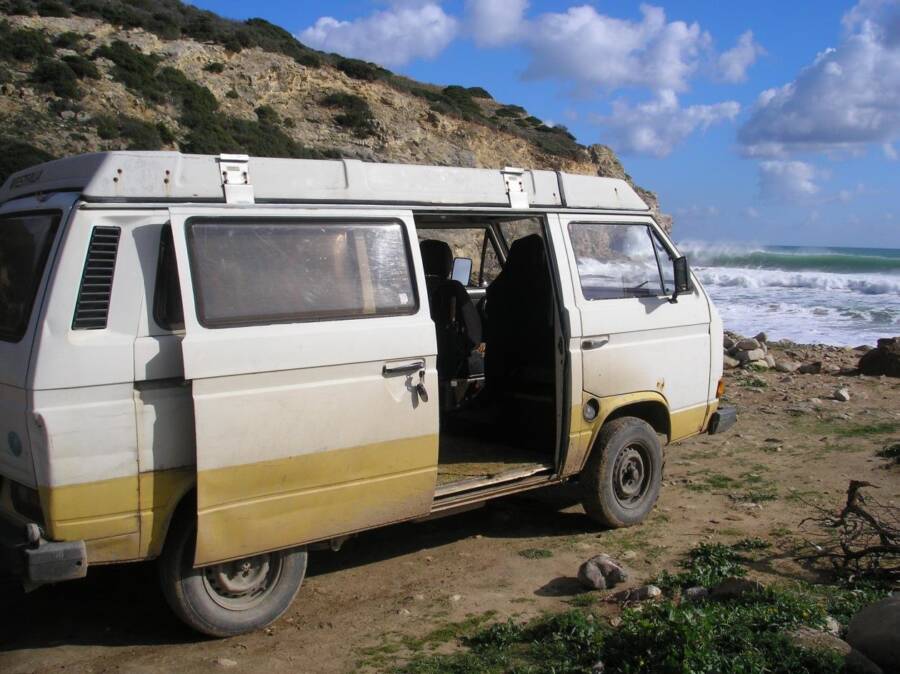 MET Police HandoutChristian Brückner’s VW camper van was seen driving around Praia da Luz in 2007. He’s believed to have slept in it for weeks.

Brückner was also linked to a 1993 Jaguar XJR6 seen in the area during that time — which he re-registered under someone else’s name the day after McCann vanished. Authorities have since seized both vehicles.

“It’s more than 13 years since Madeleine went missing and none of us can imagine what it must be like for her family, not knowing what happened or where she is,” said Detective Chief Inspector Mark Cranwell of the London Metropolitan Police.

Unfortunately, German prosecutors are more than skeptical that the girl, who would now be 16 years old, is alive. Hoppe said the evidence he and his colleagues have amassed resulted in “the assumption that Madeleine was the victim of a homicide.”

Braunschweig state prosecutor Hans Christian Wolters, whose office is investigating Brückner, resoundingly agreed. He stated plainly that he and his colleagues “assume the girl is dead.” London officials, however, are more than open to the possibility Madeleine McCann is out there — alive.

A 2017 Sky News interview with Gerry and Kate McCann on their hope of finding Madeleine alive.

“While this male is a suspect we retain an open mind as to his involvement and this remains a missing person inquiry,” he said. “Our job as detectives is to follow the evidence, maintain an open mind, and establish what happened on that day in May 2007.”

In the end, the statement released by the McCann family puts the tragic situation in perspective. They, too, are open to the possibility their daughter is alive — but are desperate to find out for sure, even if it means their hopes are dashed.

“All we have ever wanted is to find her, uncover the truth, and bring those responsible to justice. We will never give up hope of finding Madeleine alive, but whatever the outcome may be, we need to know as we need to find peace.”

After learning about the new suspect who may have been behind Madeleine McCann’s 2007 disappearance, read about Emanuela Orlandi’s chilling disappearance from the Vatican in 1983. Then, learn about German nurse Niels Högel who killed 85 patients after inducing cardiac arrest to show off his resuscitation skills.