Chronic Wasting Disease: The Brain Sickness Turning Deer Into Zombies That Could Transmit To Humans

It sounds a lot like science fiction, but it's not. Zombie deer disease makes deer listless, underweight, and in some cases, aggressive. 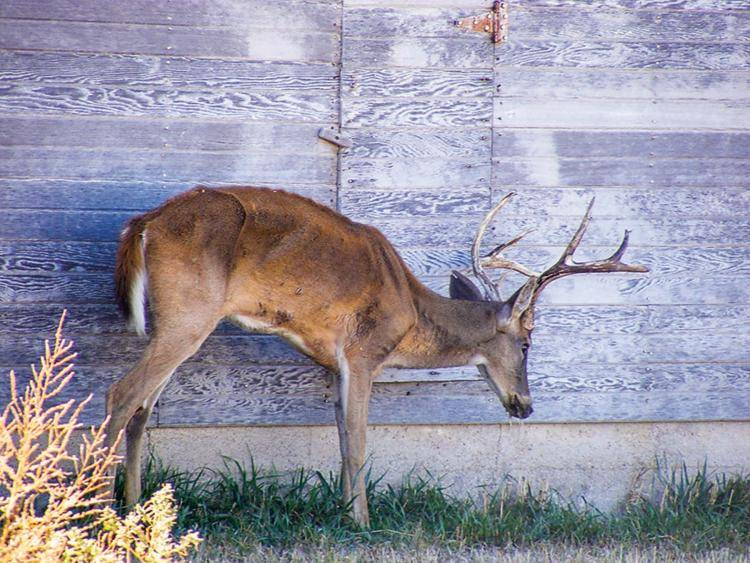 When you hear about zombie deer, you might think you’re being pitched a script for a new horror movie — but the phenomenon is all too real. The fact is that zombie deer disease — or Chronic Wasting Disease — is very real and may even pose a threat to humans.

What Is Zombie Deer Disease?

The textbook name for the degenerative disease affecting deer, elk, moose, and even reindeer, is Chronic Wasting Disease (CWD). It’s a fatal, neurological illness that occurs when a malformed brain protein begins to kill off normal neurons. As brain function deteriorates, an afflicted body can become listless, confused, being drooling, lose weight, and sometimes become aggressive. In short, it kind of makes the afflicted body act like a zombie. 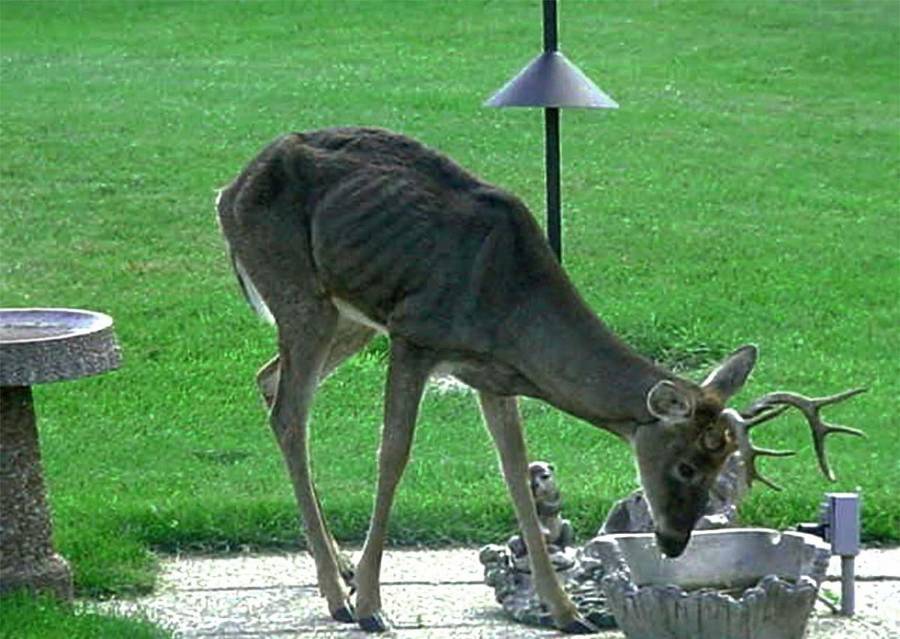 Animals can have CWD for over a year before any symptoms arrive and can even die from an unrelated cause before they show any symptoms because of how slowly the disease develops.

Zombie deer disease spreads through animal contact, feces, or contaminated water or food. As of right now, there is no medicine, treatment, or vaccine to cure or treat Chronic Wasting Disease. 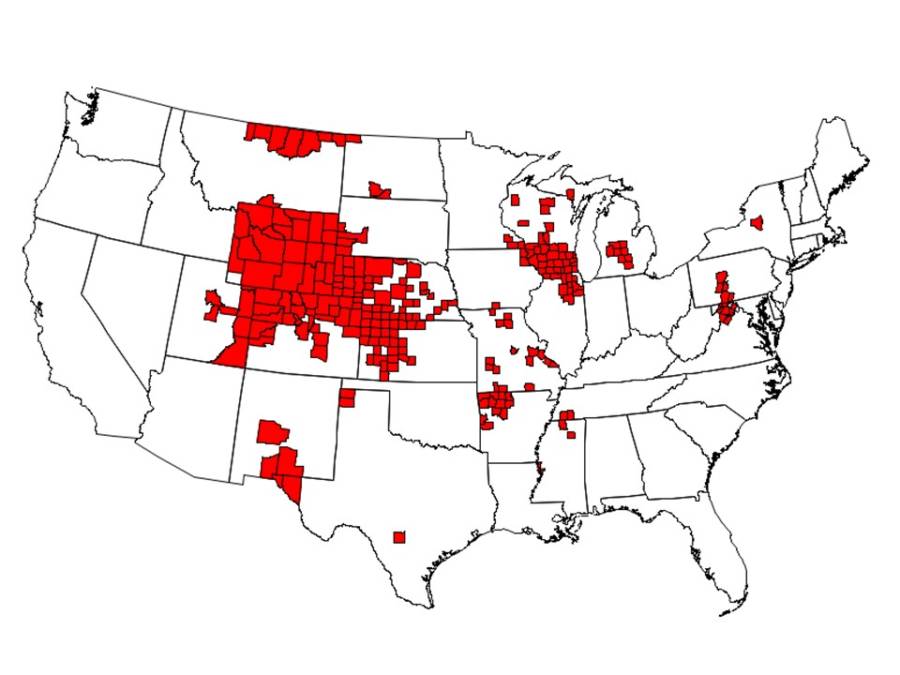 CDCA CDC map of where cases of Chronic Wasting Disease are prevalent.

Why CWD Is A Concern Right Now

Once Chronic Wasting Disease becomes established in a particular region, the risk remains in the environment for a long time. The disease can be transmitted quickly and even once an infected elk or deer dies, the infected body poses are a risk to other animals that come in contact with the carcass.

It is sometimes hard to diagnose an animal with CWD because it shares symptoms with other diseases, including a condition as mundane as malnutrition. The difficult nature of diagnosing the illness (especially in wild populations) facilitates its spread, simply because few precautions are taken.

However, if people keep their eyes out for possibly infected animals in areas heavily populated with deer, they can help to slow the spread. If people take the time to alert local authorities when they see a sickly deer, they can remove them from the area. This lessens the chances of infecting others in the herd — and other animals as well. 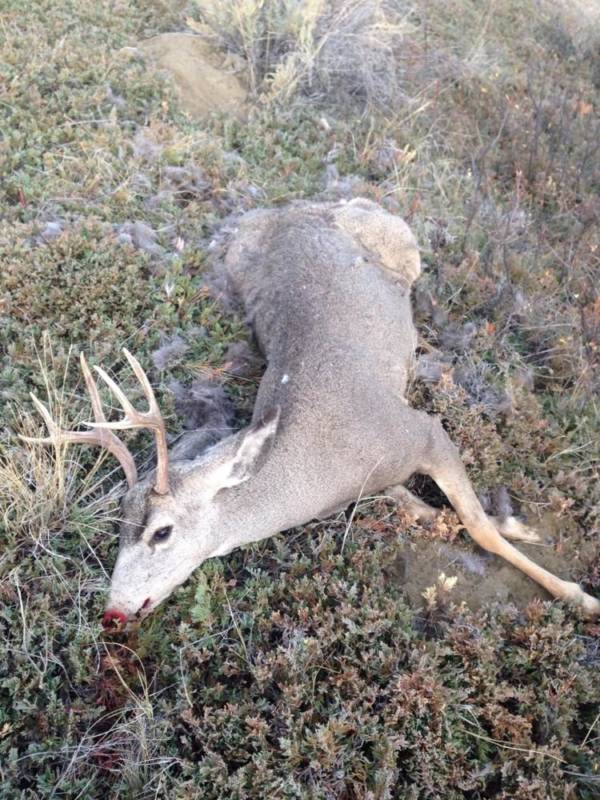 All this sounds terrible and frightening for the deer, but what about humans? Are we safe from this brain disease?

“If Stephen King could write an infectious disease novel, he would write about prions like this.”

The Risk To Humans

Firstly, it should be noted there haven’t been any recorded cases of zombie deer disease in humans as of yet. It is unknown whether humans actually can be infected with CWD prions, but then again, people didn’t think mad cow disease would spread to humans, either.

Experts believe the transmission of CWD to people is definitely something we should be mindful of, however. 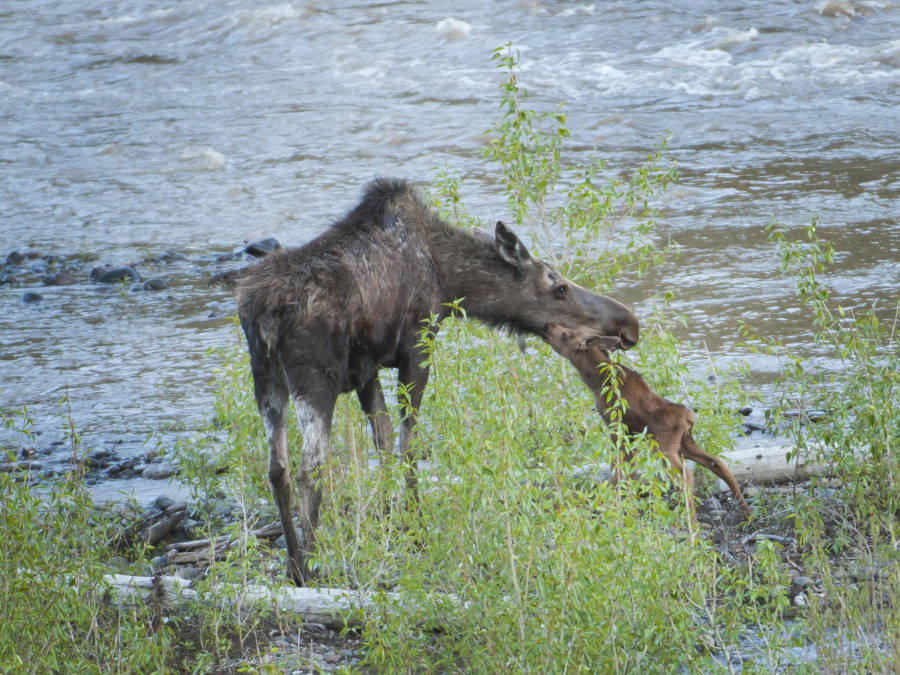 “It is probable that human cases of Chronic Wasting Disease associated with consumption with contaminated meat will be documented in the years ahead,” predicted Michael Osterholm, director of the Center for Infectious Disease Research and Policy at the University of Minnesota. “It’s possible the number of human cases will be substantial and will not be isolated events.”

To be safe, the CDC recommends that hunters avoid shooting animals that look ill and to definitely have the meat tested if they plan to consume meat from a deer in an area where zombie deer disease is active. People should also wear gloves while touching carcasses and limit their exposure to the animal’s organs — especially the brain and spinal cord. 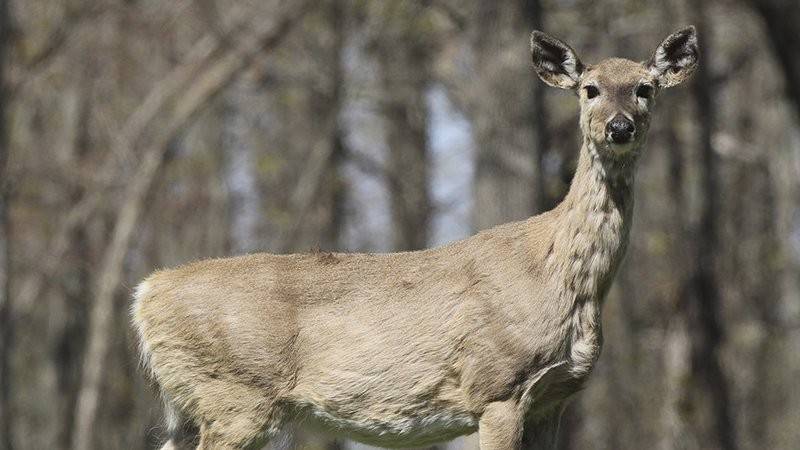 In order to stop the spread of zombie deer disease, we need a test that can pinpoint the malformed protein or identify precursors. This is especially important because animals can have the disease without exhibiting symptoms. There is also new research that shows a major soil organic matter compound, humic acid, can slow infectivity of the disease.

“We need to do something different to get ahead of this disease,” urged Jeremy Schefers, Professor at the University of Minnesota College of Veterinary Medicine. “And most of those different strategies won’t be successful without the ability to quickly determine if CWD is present or not. A better test is the critical first step.”

Oddly enough, the protein behind zombie deer disease is closely related to the one behind mad cow disease. Weirder still, the protein is also related to human degenerative diseases like Alzheimer’s and Parkinson’s.

Giving Chronic Wasting Disease a trendy nickname like “zombie deer disease” may give people the wrong idea about just how serious it is, but wildlife disease ecologist Krysten Schuler argued that because the disease is “a big problem” she’s glad more people are paying attention and getting informed.

“Right now, most scientists believe there is a pretty strong ‘species barrier,’ which means that it’s unlikely the disease will jump to a new species,” Schuler assured.

After this look at the zombie deer disease, find out about the fungus that creates zombie ants, then see the horrifying effects of the zombie drug “krokodil” on the body.