5 Cities Teetering on the Brink of Disaster

Cause of Death: Record-Breaking Lahars 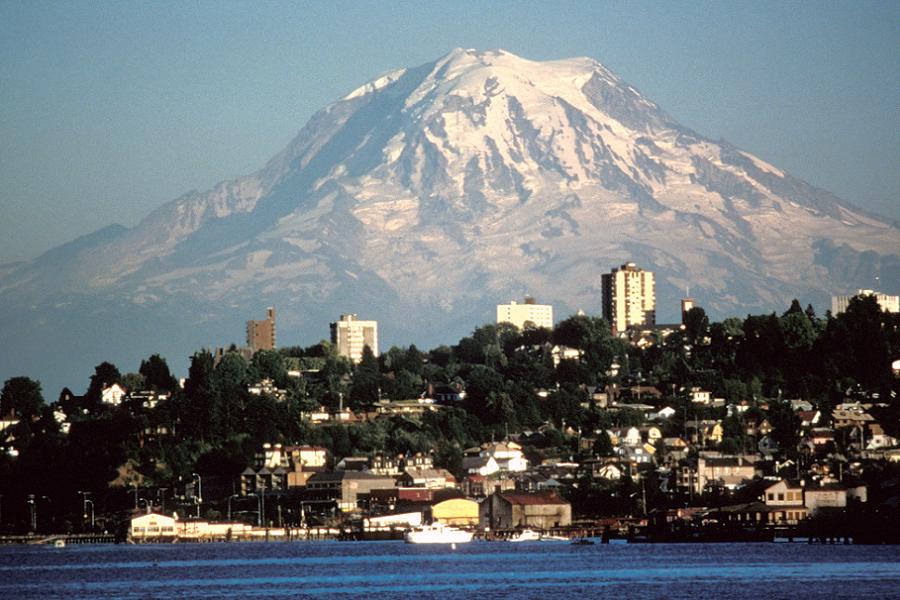 Living on plate boundaries, the way Seattle, et al. do, carries the risk of major tremors. But there’s another danger that comes from the interior of the North American plate: volcanoes. Plenty of cities (including Naples) live in the shadow of volcanoes, of course, but Washington’s majestic monsters have a special feature: their tendency to heave out gigantic lahars, or mudslides, that will absolutely obliterate every single thing in their path.

Geologists have identified the remnants of dozens of ancient mudslides in the region, and quite a bit of both Seattle and Tacoma are actually built on old lahars that once flowed downhill from nearby Mount Rainier.

There’s something cheap-feeling about describing a lahar as a mudslide. Calling what Mount Rainier does to its neighboring land a “mudslide” is like calling World War II “violent:” technically accurate, but somehow lacking the necessary sense of scale.

A lahar is a slurry of boiling-hot mud and rocks that a volcano barfs out at speeds of up to 60 mph. It has a consistency somewhere between wet and dry cement; can be hundreds of feet deep and several miles wide, and it shreds whole forests growing in its path. A good volcanic lahar will blow right up the side of a hill and down the other as if it wasn’t there, and it will utterly resurface an area the size of Malta, as the Osceola lahar totally did 5,700 years ago in the area between Tacoma and the Cascade Mountains.

Officially, Mount Rainier is “episodically active,” meaning that it isn’t presently erupting in flames, molten rock, and hot poison gas. None of that really matters, though, because lahars can suddenly erupt without apparent provocation.

Mount Rainier has done this 50 times in the last 10,000 years – averaging one lahar every 200 years – and the last big one was the Electron lahar from about 500 years ago. Once again, the area seems long overdue. As for disaster planning, forget it. A lahar will go where it goes, and about all you can do is move out of the way at freeway speeds – along with the other 300,000 people who live in the lahar’s path to the sea.

Cause of Death: Huge Flood Everybody Saw Coming 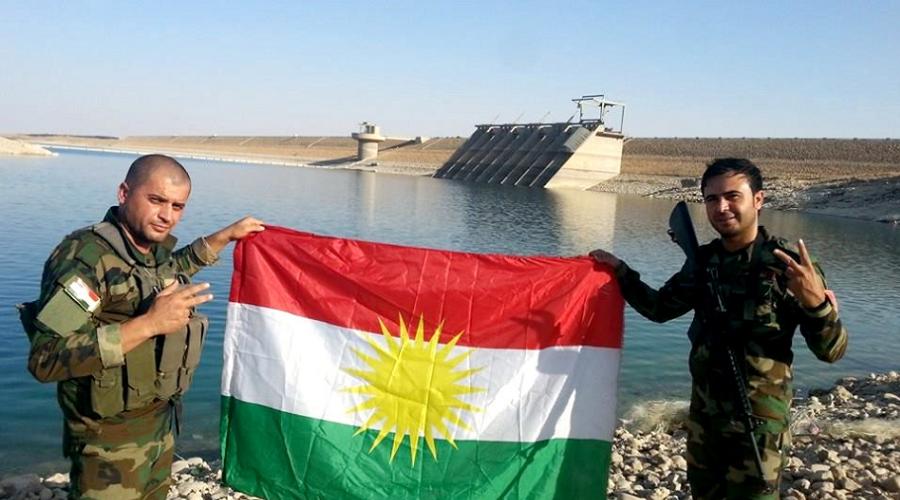 Kurdishstruggle/FlickrKurds at the Mosul Dam.

The Iraqi cities of Mosul, Tikrit, and Baghdad are all built on the banks of the ancient Tigris river, one of the two rivers of Mesopotamia and site of human civilization stretching back into the Stone Age. In 1984, Saddam Hussein decided that a massive dam simply had to be built on the river north of Mosul.

During the planning stages, some of the world’s bravest engineers tried to warn Hussein that his dam – which he of course planned to name after himself – was not going to work out. The land at the site of what is now called the Mosul Dam is too loose; water from the lake it forms just seeps right into it and creates mud slurry. Someday, inevitably, that soil will give way and bring the dam down quicker than the Baath regime that built it.

American engineers, who had a good, long look at the dam during the occupation, have been warning Iraq about this problem for years, and projections by concerned foreign agencies have the flood sweeping downriver and wiping out three major cities, along with countless small towns and villages.

In total, they estimate, up to one million people will eventually be killed or displaced by the liberated water as it surges through the collapsing dam. According to outsiders, this can happen literally any time between today and whenever it eventually does happen, which won’t be long.

Mosul is currently disputed territory, so all of the relevant authorities have bigger problems (they think) than a little floodwater. The Baghdad government is barely in control of the north, the Kurds have lost territory in the region and are currently defending their home territory, and ISIS is doing just as much to save Hussein’s dam as it is to save Nebuchadnezzar’s temples.

When asked about their ticking time bomb, engineers who work at the dam point to the low level of the lake and claim there’s not enough stress on the structure to cause a collapse. They call the warnings “American propaganda.”

Cause of Death: Global Warming 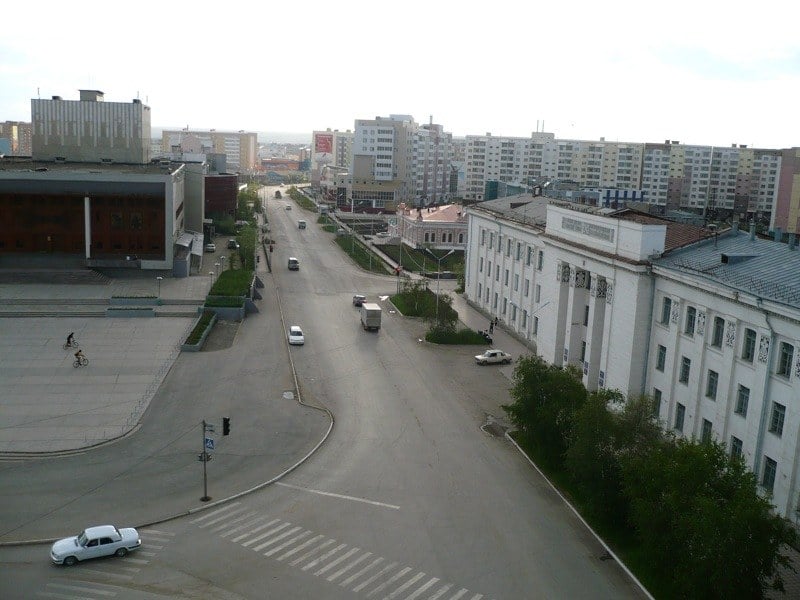 About 100 years ago, in the twilight of the Tsar’s reign, Russia’s frigid northern and eastern provinces were sparsely populated and very isolated. Across most of this region, the largest manmade structures were small log cabins inhabited by lumberjacks and trappers, along with some lightweight traditional structures built by the native people of Siberia.

Beginning in the 1920s, the Soviet regime started deporting hundreds of thousands of people to Siberia to slave away in work camps. The flow of people into the area accelerated upon the discovery of oil and diamondsin the region. Soviet authorities built worker housing in the open tundra the same way they did in downtown Moscow – huge concrete blocks of flats, each exactly nine stories tall, squatting deep in their foundations.

Cities, such as Yakutsk, sprang into existence in a single generation and swelled up to the over-200,000 people it has today. In all likelihood, these cities will either be rebuilt from scratch or disappear within a century of their founding. 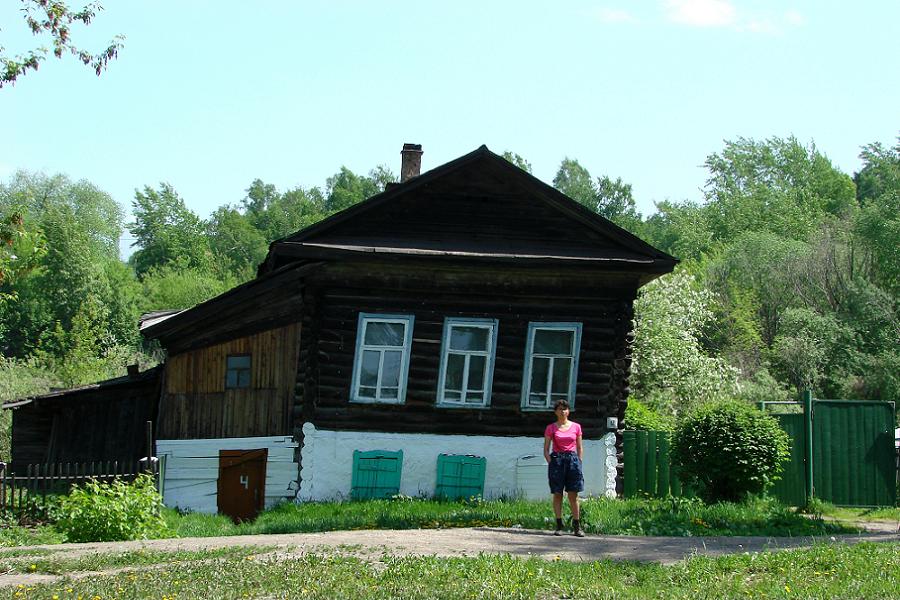 Small homes can be built almost anywhere, but in most places large structures must have large, sturdy foundations that are sunk deep into bedrock. This stabilizes the structure and prevents shifting or tipping that can tear concrete walls apart. Unfortunately, Siberia doesn’t have a lot of bedrock close to the surface; it has ice. And that’s a problem.

When the giant workers’ blocks were built, mostly in the 1960s and ’70s, the area around Yakutsk had a thick layer of permafrost that melted seasonally near the surface, but stayed solidly frozen from about five feet down. Apartment buildings, factories, government offices, opera houses, and all of the big structures a modern city needs were all built on concrete stilts that were sunk about six feet deep into the permafrost.

For decades, this was enough to hold everything upright. As the climate gets warmer, however, the zone of ice that melts into stagnant water every summer goes deeper, and the melting ground provides basically no resistance to the tilting of a skyscraper with six-foot-deep foundations.

Already, with average temperatures in the region having risen by between one and two degrees over the last 40 years, large buildings tilt and wobble, with unbearable stress causing more cracks each year. It’s a problem with no good end in sight; one expert predicted that, by 2050, cities like Yakutsk will need to be supported on pylons that run 16 feet into the ice to be stable.

This is a serious problem. The zone near the Arctic Circle where these cities are situated produces 93 percent of the world’s natural gas output and 75 percent of the remaining crude oil.

In the best case scenario, the prices of these vital commodities will rise somewhat as everything bigger than a garden shed has to be torn down and rebuilt on giant stilts. In the worst case, the cities will be abandoned as their homes crumble more quickly than replacement housing can be built. Ironically, this might reduce carbon emissions, though by that point the damage will have mostly been done.

Next, read about what countries are doing to prepare for a climate-changed future. Then, take a look at the most devastating natural disasters of the 21st century.